In a dark and dingy nightclub in Brixton I had the pleasure of meeting Israel (also known as Alpha, or Mr Lungren) when he gave me his chain. The tall Brixton rapper with model good looks and a well chiselled body betrayed his Jamaican roots by shivering away in the cold outside as we chatted away into the early hours of the morning. Despite his sketchy past (2 years spent in 4 different prisons for dealing crack, cocaine and heroin), I have rarely met such a perfect gentleman – exceedingly polite and courteous to a fault.

After intermittent years of spending 23 hours a day in isolation, with only a routine of push ups, pull ups and other exercises to keep himself entertained, he decided to change his life: working lifting heavy goods by day, training to be a plumber in the evenings and spending his nights writing rap music. No time for sleep.  I was fascinated by his stories from prison and found myself learning so much about the city right under my very nose. The postcode wars for example were something I’d never encountered – being from Brixton (SE) meant that he could never wander into SW. Though I later had to return the chain (I didn’t realise but it was made of solid silver and cost £800), I felt I had made a friend.

Sarah: What’s the story behind your name ‘Israel’?

Israel: It’s a Bible name! My momma is a church lady. I used to have to go to church when I was young, every evening and morning, until I woke up one day and everyone was gone.

Sarah: Everyone was gone?

Israel: One day my mother and everyone else went without me, since then I never been back.

Sarah: So, have you got many brothers and sisters?

Israel: Yeah loads, daddy was a bad boy. Six brothers and 2 sisters, but only one brother and sis with the same mum.

Sarah: You said you were interested in Buddhism while in Jail, can you tell me any more?

Israel: I only done it to get out of my cell and to get beads. They were big and long. I had no chain so I made sure I got long beads, I like stuff around my neck. And they let me order incense. On certain days you could go out when most people were locked up. We used to go there, meditate and catch joke.

Israel: Catch joke – just meet up and have a laugh babe, talk shit for an hour and a bit.

Sarah: Tell me more about ‘hooch’

Israel: Yeah so we’d make it by mixing orange juice and bread. The bread has yeast in so it ferments the juice. It’s nice, like orange, strong as well. We leave it till it smells like proper alcohol, let it ferment, strain it out after for all the bits, but it has exploded before, you need to let the pressure out. The whole wing was smelling of alcohol! 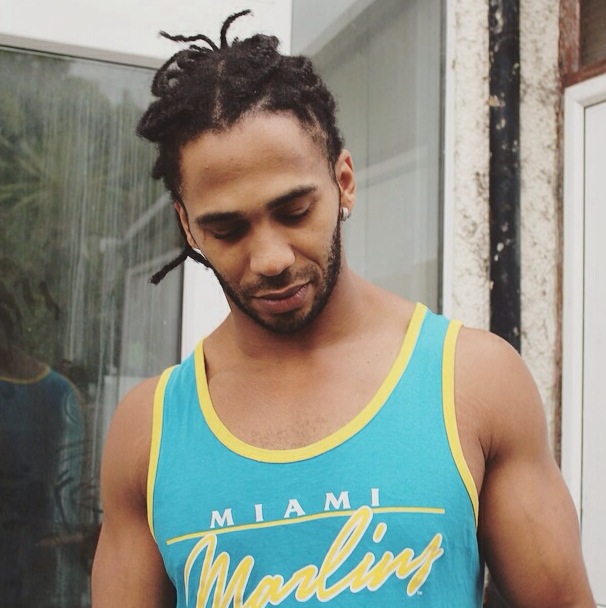 Sarah: How come the guards don’t take it?

Alpha: We hide it, move it about, find someone stupid enough to hold it in their cell, we just get ingredients. I don’t even know if it’s good for you but it gets you drunk, trust me, especially when you don’t get it often, tolerance is low.

Sarah: Did you ever come across anyone really scary in jail?

Israel: All them funny people they put in another wing, lifers are on another wing too, but time to time you come across them. They not scary though, just long. I’m too active to be locked up, but some people love it.

Israel: Some people ain’t got nothing else, some are addicted to drugs. In prison they get fed and have a roof over their head. I’ve heard and seen people leave and come back before I left and shout out ‘I’m home!’. That’s terrible.

Sarah: If you could do anything, what would you like to do?

Alpha: Sky dive! Or run in the Olympics.

Sarah: Right now you’re training to become a plumber – why did you pick plumbing?

Israel: I tried it and enjoyed it. I like to fix stuff.

Sarah: And in your free time you produce music, write lyrics and rap. Your stage name was ‘Al Qaeda Alpha’ (now it’s Mr Lungren), what’s that about?

Israel: The name is just a name. It means it sounds hard. I used to be in a lot of rap battles and my name then was ‘The Rap Terrorist’. Babe, I’m not Al Qaeda!

Sarah: Well I really love your music, I really hope it takes you places…

Israel: I’m a survivor, I’ll come out on top somehow.