‘There was a time when the poet could be met within the public square and conversed with.’ Charles Dickens

I don’t usually write diary-esque entries here, but last night I was so inspired, I felt I had to share with anyone who might read this the wonderful existence of Joseph Marinus.
When walking through the dark, cold streets of London last night, I came across lanterns lighting up my path. Spread around them was a sea of envelopes in every imaginable colour, each with a different title written in a beautiful scrawl. A sign labelled ‘poems’ sits silently amid the sea like a buoy, and pebbles, rounded and softened by waters, adorn the display. Once upon a time they all lay on a magic carpet – but people with no beauty in their souls took it, so now the poems lie rather sadly on the hard and dirty ground.

The Poet – at first blends in with the night, his long grey hair and nondescript clothes make him inconspicuous. He doesn’t even share his real name. Yet as he starts to talk, about Ireland where he has his roots and the magical Tuatha de Danaan, he seems to grow in stature. The previously wizened skin glows, his dull eyes glitter and I almost feel like falling to my knees before this wise and beautiful bard from a lost time.
His steadfast belief in another world, separated from ours only by a veil of imagination, made my heart sing. Now, away from his presence, I feel almost like the whole encounter was perchance a dream. I struggle to remember, as if faery dust has drawn a blind over my memory. But I hold in my hands a pale pink envelope – a love poem, it’s real.

As I left, he came running after me, and folded into my hands a little book – a collection even – ‘from a Magic Box’. It’s illustrated by his wife he tells me, a picture of the sun setting over the river. A lone man stands on a bridge with the same floppy hat as the man before me.
‘Out of the blue man can meet
A Lyric Poet on the street:
Put some money in his cap
And the font of song untap –
A marvel in any land
Immortal rhymes on demand!’
from ‘A Welcome to London’

I think perhaps you cannot go looking for Joseph Marinus, though he stays ever in the same place. For he will end up on your path when you need him most. Touching you with the words of the fair folk, reciting his poems by heart – to some, a crazy person on the street, to others, a symbol of all that matters in this life. 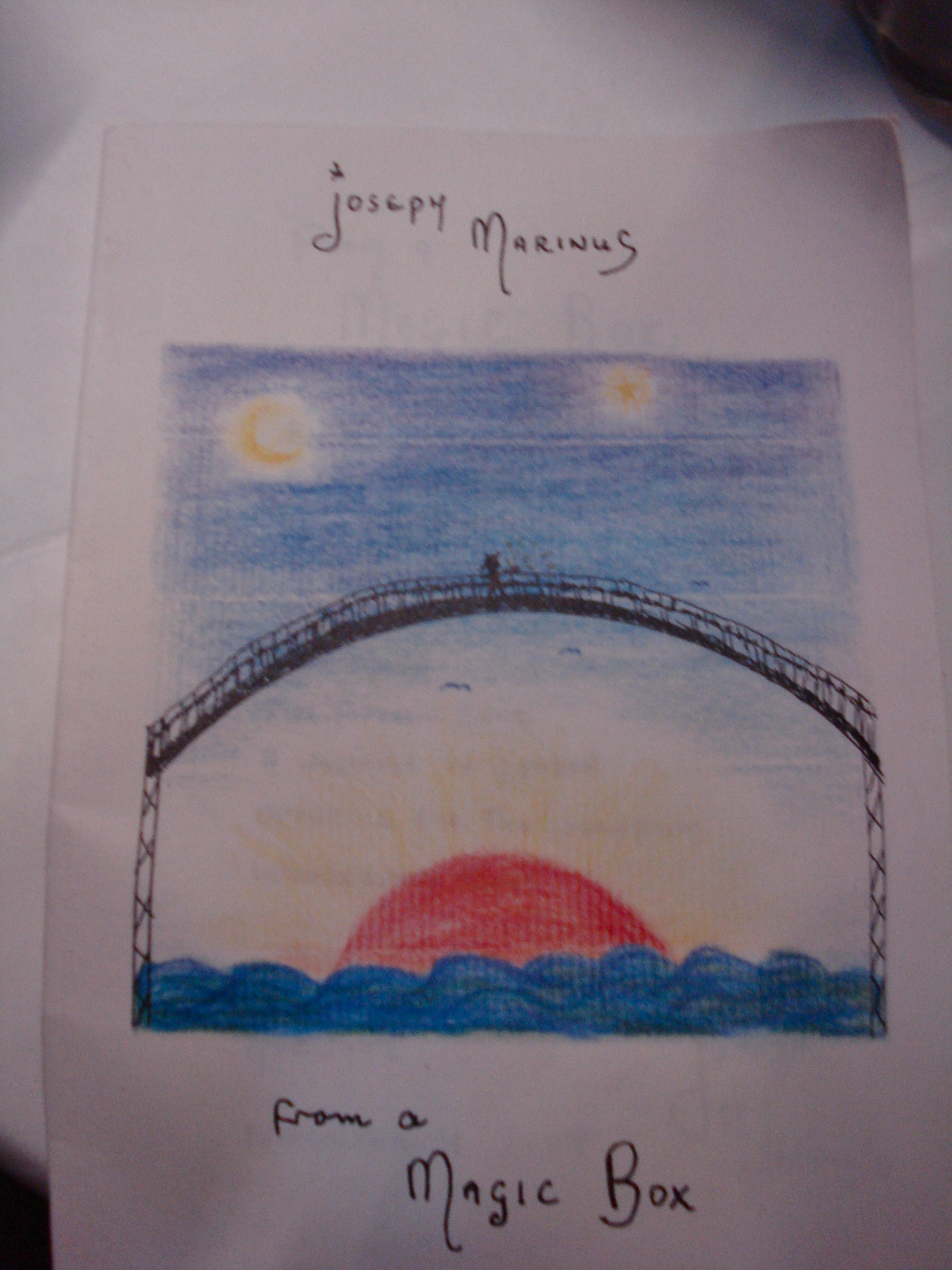