One of the best things about South East Asian countries is how alive the cities are at night!

We only landed in HCMC at 8pm today then travelled to our hotel, checked in, unpacked leisurely and changed before heading out to get a feel for the city at night.

We walked past the HCMC Opera House, which looks like a fairy tale palace lit up at night… 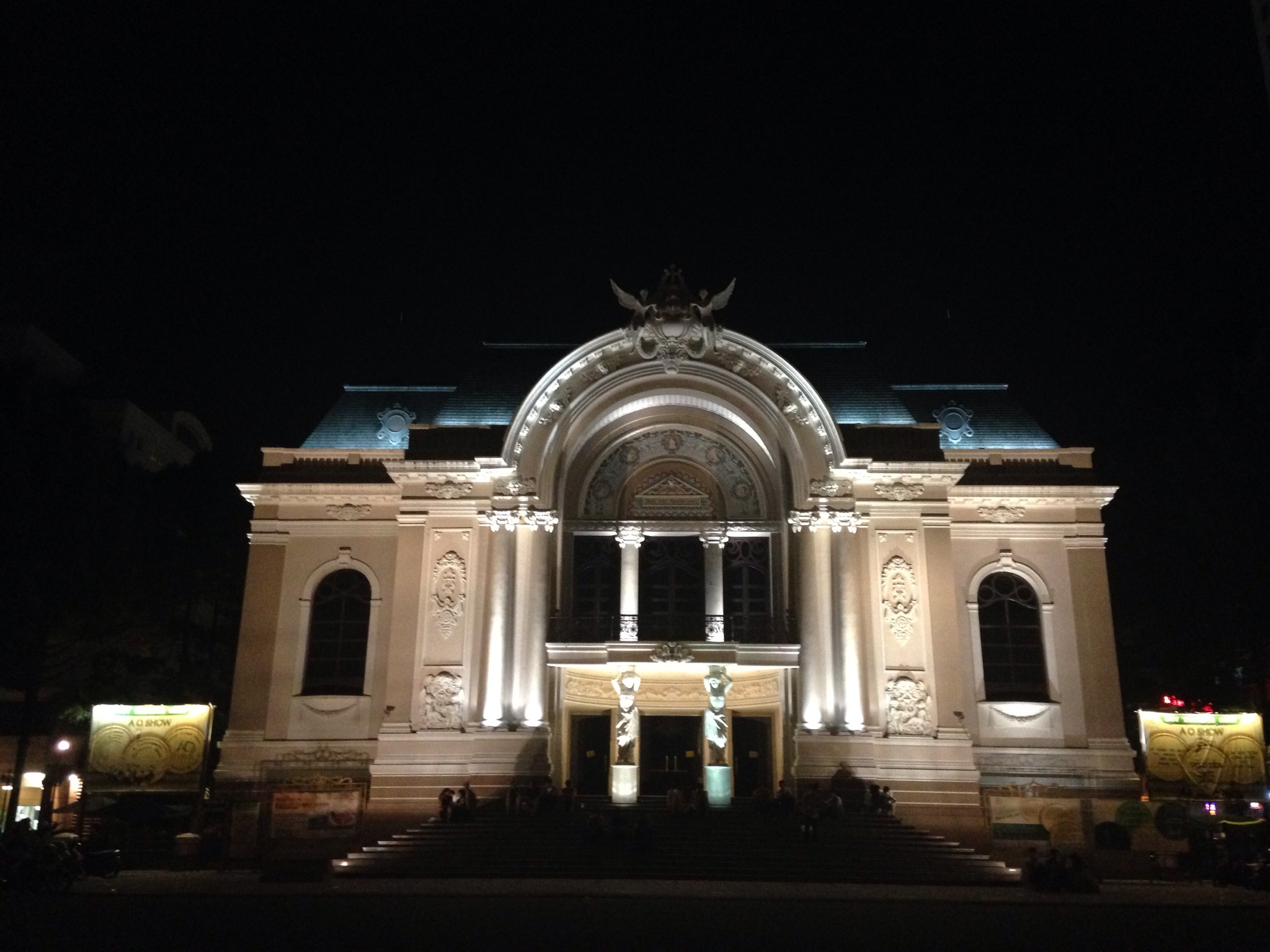 Our first point of call was an ice cream parlour/café as we all needed a little refreshing after a 14 hour or so plane journey.

I went with the coconut smoothie – which was really fresh however not at all what I was expecting! They used young coconut instead of the older coconut, so it was pretty rich. I personally preferred the soursop smoothie my mother opted for! A burst of tropical and creamy flavour in one small sip. 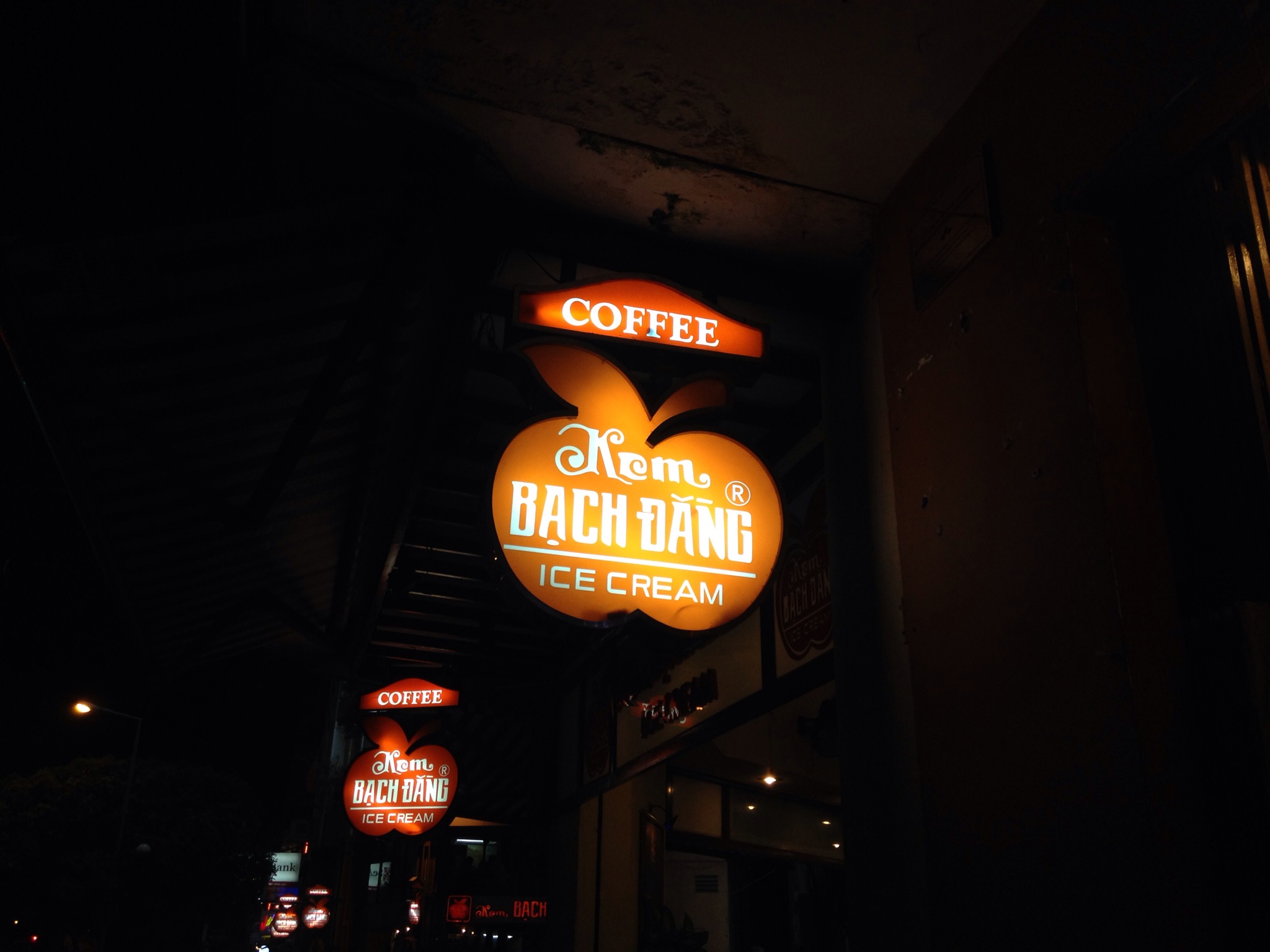 We then wandered on to the night market, which doesn’t really sell anything all that interesting – just the standard tourist T-shirts and knick knacks. If you’ve been to night markets in Thailand and Cambodia it’s not really worth stopping by. However it does have a really lovely little street food place named ‘Hai Lua Food Countryside’! 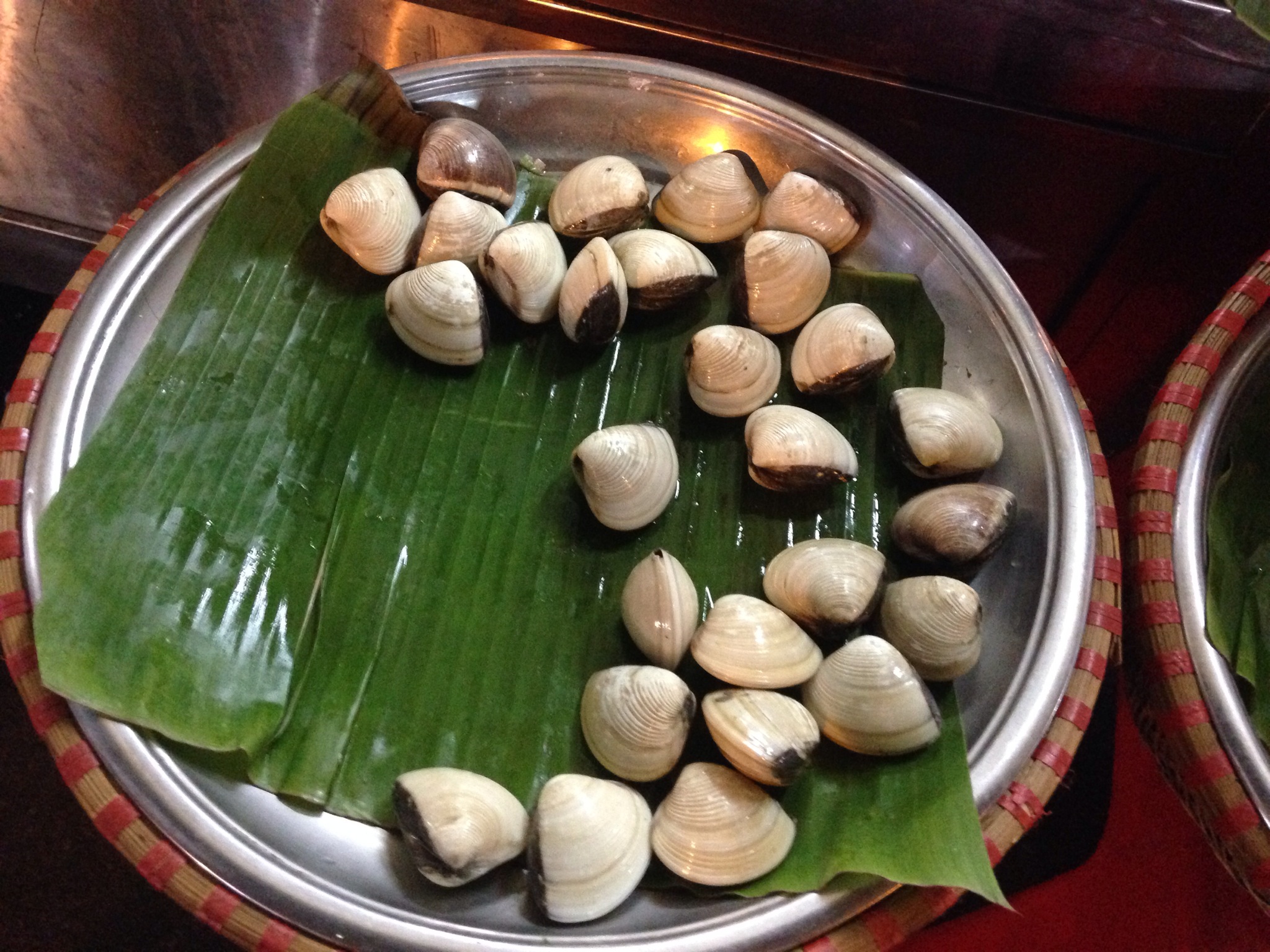 I was drawn to it straight away by an unusual dish I’d never seen before – a fresh coconut lit on fire! Unfortunately they had run out by the time we ordered but it was essentially filled with prawns which were boiled in the coconut water with other fragrant spices when the coconut was set on fire. Something I’ll definitely have to try during my time here in Vietnam! 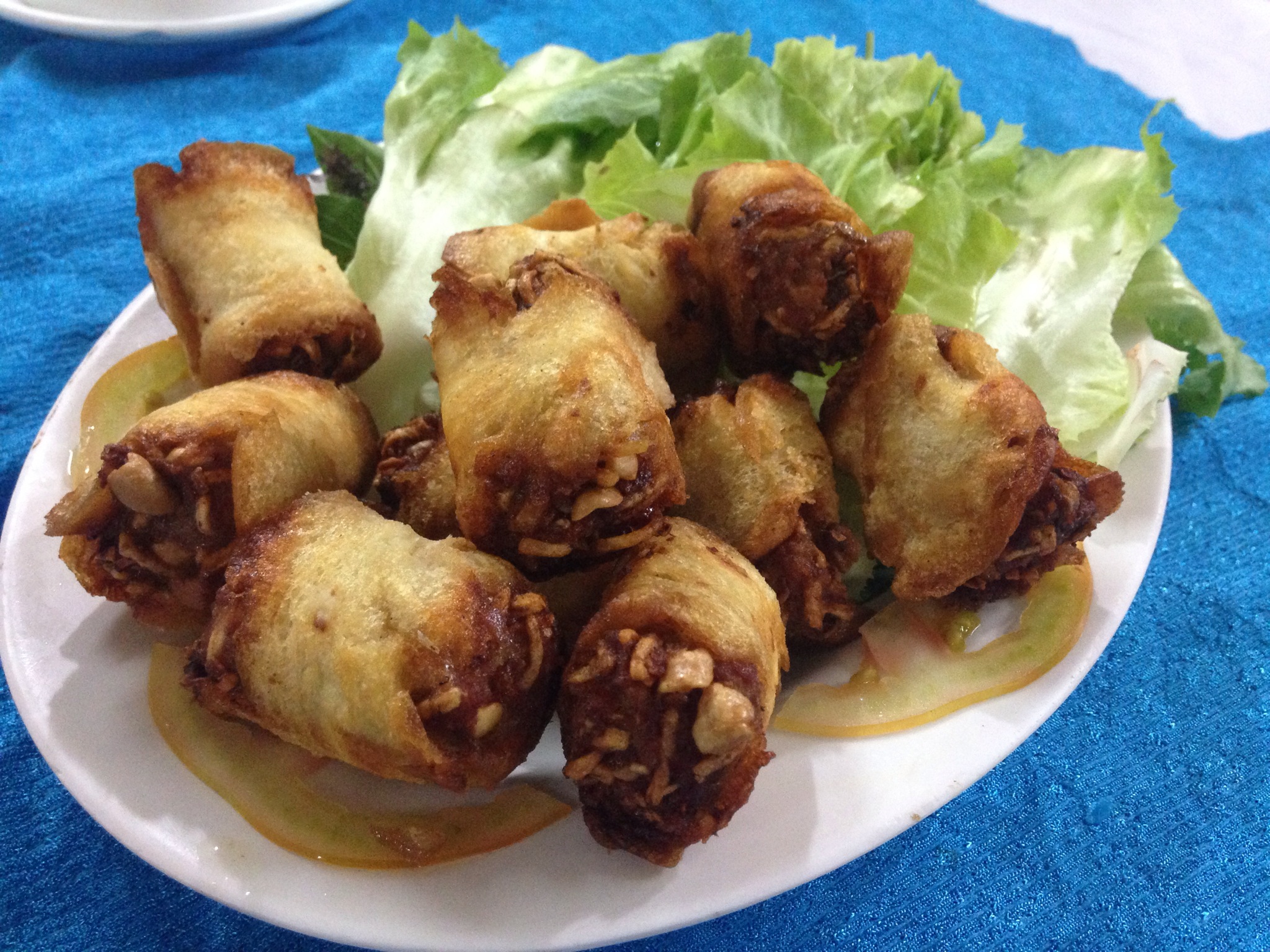 We ended up going with Vietnamese Spring Rolls- definitely the best I have ever had! I always thought Vietnamese spring rolls were the kings of the spring roll world (after eating them in London) but now, having tried the real deal – I realise they’re the gods! 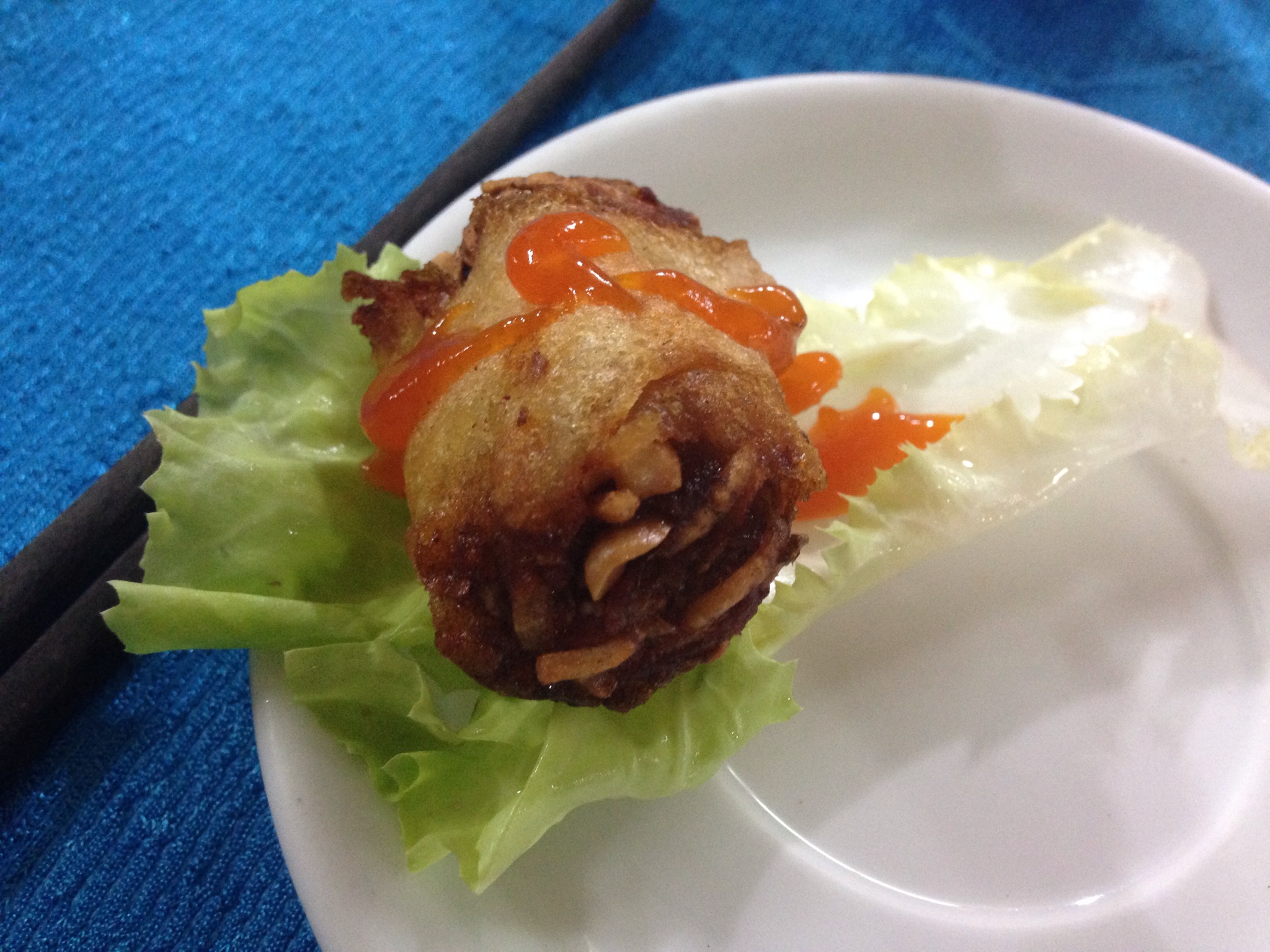 On one side of the restaurant was a huge flame grill that a local girl was fanning away at. There’s nothing better than grilled seafood so when we discovered the prawn coconut was over we opted for a plate of grilled prawns! They served them with wedges of lime and a delicious grey powder which we discovered was a mix of black pepper and salt. Perfect to rub into the prawn. They were definitely in my top 3 tastiest prawns of all time! 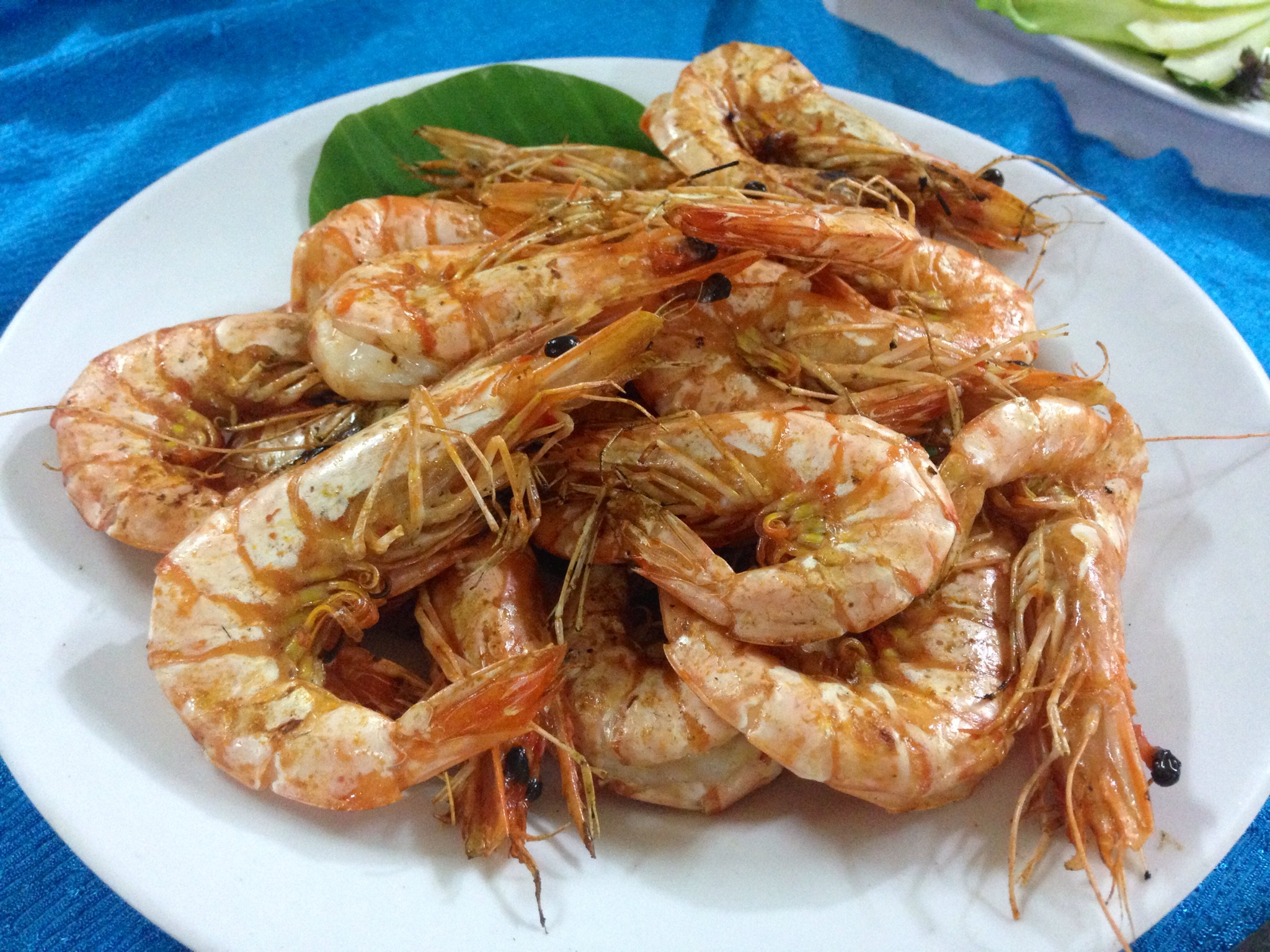 We were amused by the descriptions of the differed seafood dishes… I wonder what ear elephant fish is!
This place was pretty expensive (which was to be expected given that the night market will be one of the top tourist hot spots). However the food was truly delicious – it may be more expensive than other places in HCMC but it was worth every cent. 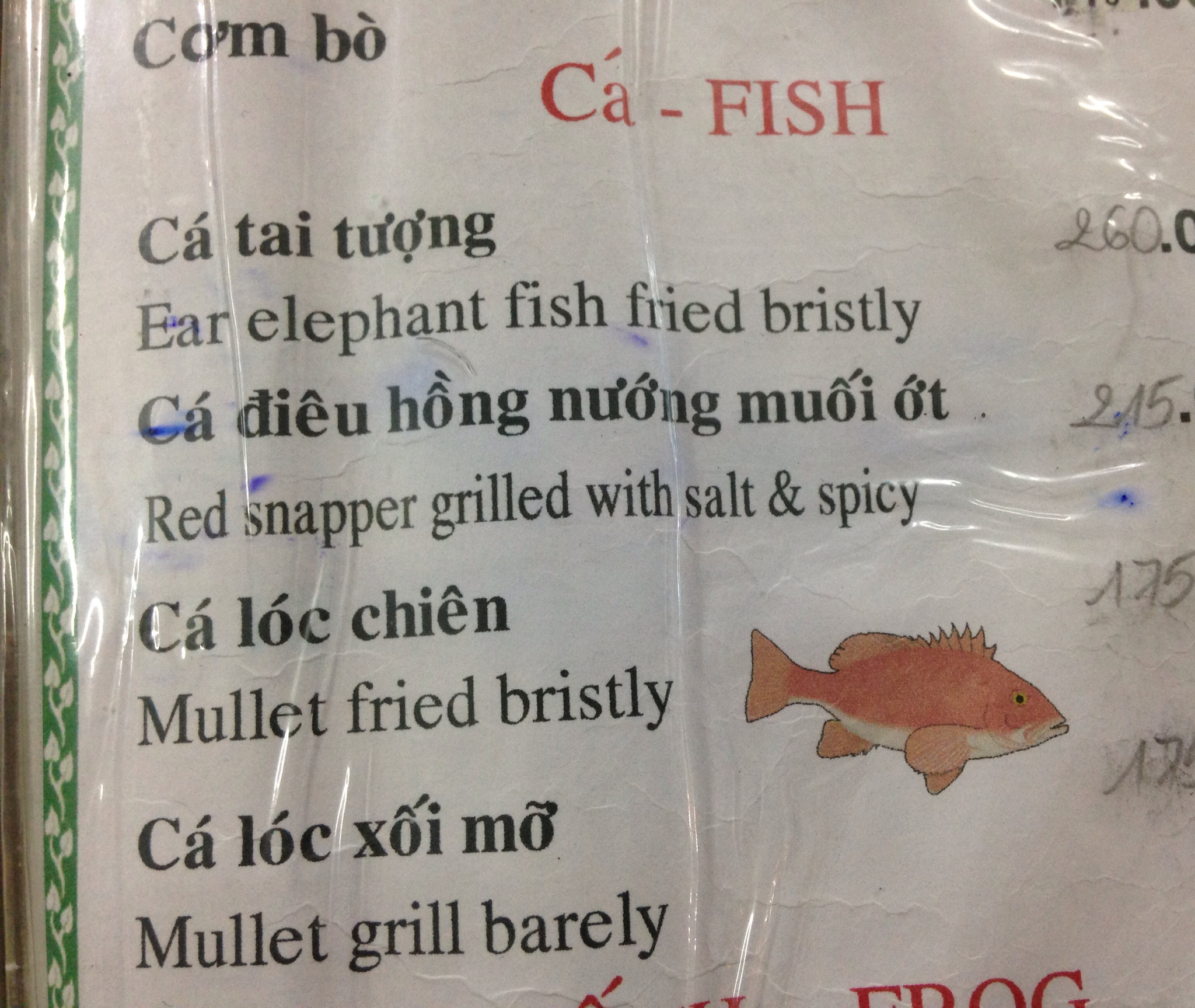 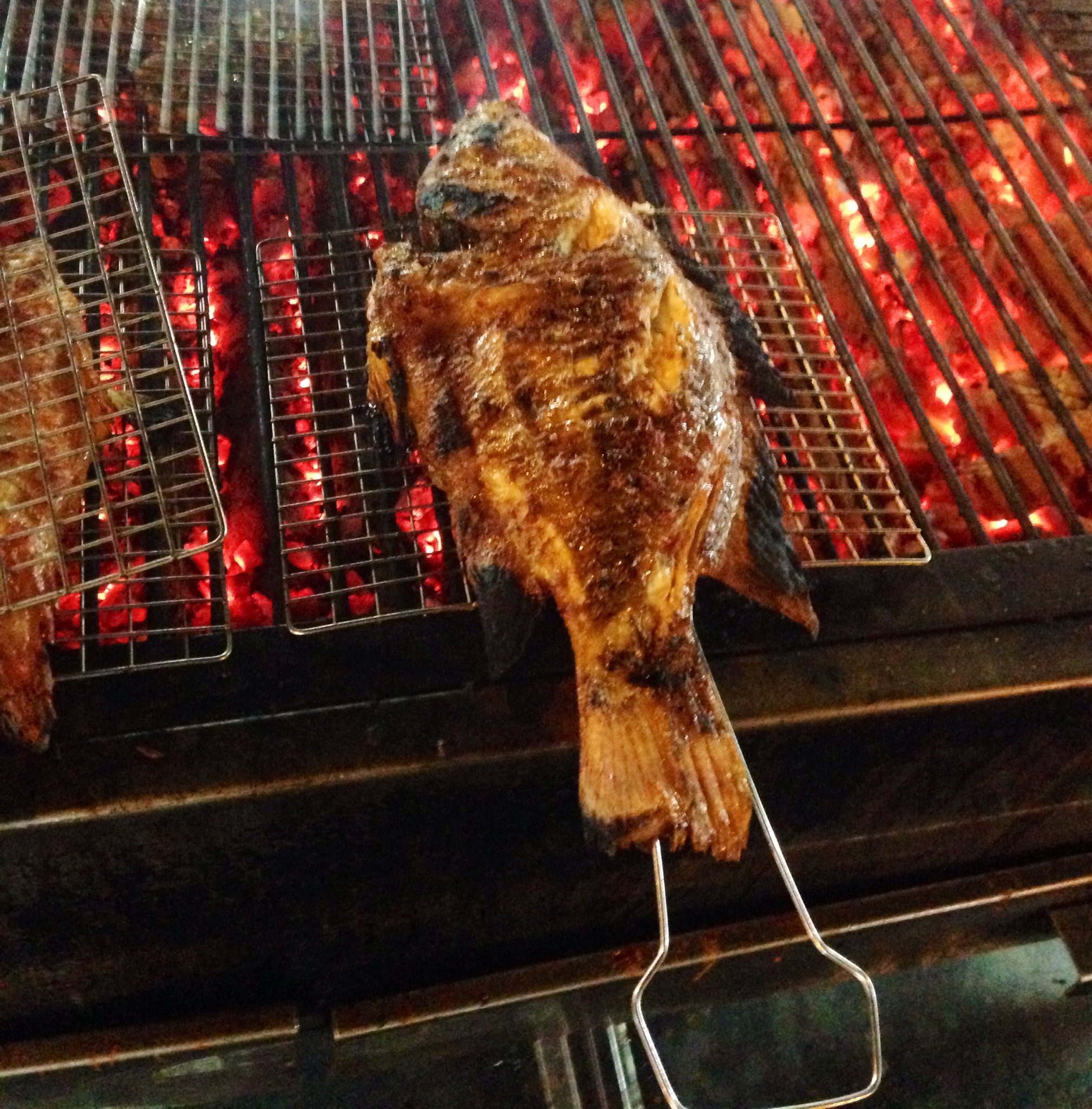