Wandered around after work among the shops, unsurprisingly ending up in Massimo Dutti 🙂 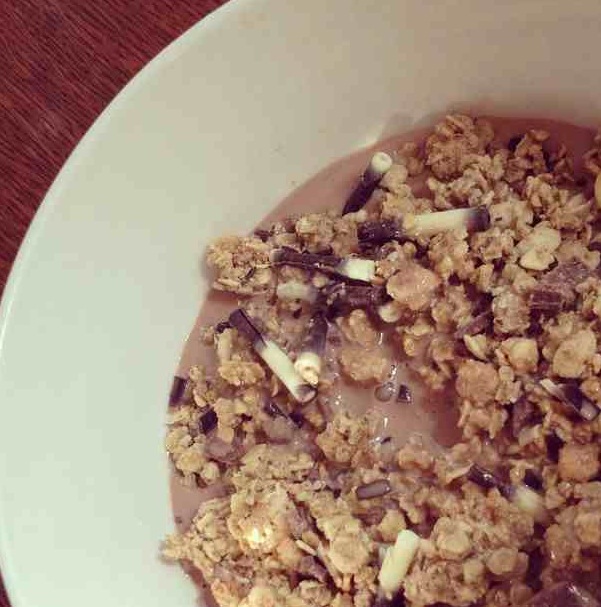 Then picked up some snacks for dinner (some Spanish meat – lomo, jamon and chorizo), a nice loaf of bread, hummous and crisps from M&S and headed home. I think this was the first time I was made a fresh juice at his and it was a Jazz Apple juice, perfectly pink and incredibly sweet. Nothing – nothing beats freshly made juice in my eyes and the fact that he loves it just as much as me makes me very happy!

He also made me a frozen yoghurt with his new ice cream maker using Greek yoghurt, honey and candied orange. He spoils me!

The next morning we totally overdosed on chocolate with a bowl of chocolate muesli with belgian chocolate milk! I couldn’t even finish my bowl, it was too sweet! I never thought i’d have a limit with chocolate.

We walked over to Greenwich park and I got very excited by the flower garden. If you haven’t been before, you have to go – it’s filled with bushes of rhododendrons and lillies and blossom covered trees. Every plant is worth a portrait and all the flowers are different colours so the garden feels like all the paint cans exploded in an artists studio. 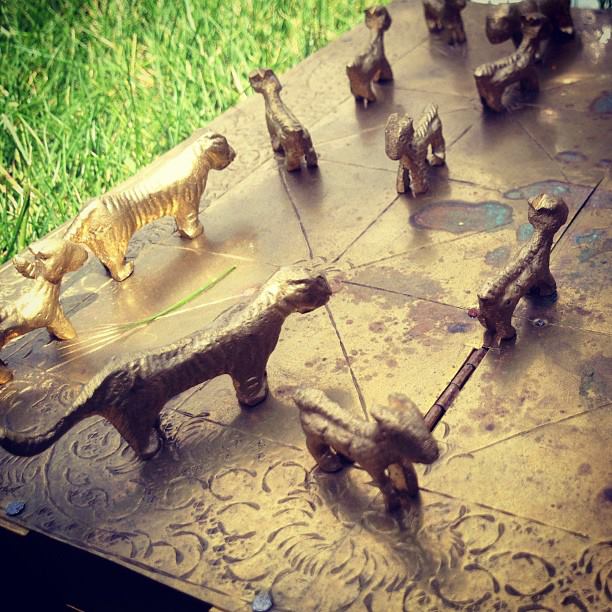 We played a game of Bagh-Chal – a Nepalese game a little like chess and more commonly known as ‘tigers and goats’ in which the tigers have to eat the goats and the goats have to try and block the tigers. I was the goats and I sadly lost… It was a vicious and bloody defeat. After that we read a bit, lay in the sun and climbed a few trees – I very nearly got stuck up one, but the gallant knight came to the rescue!

Having finally recovered from our chocolate extrvaganza we realised we were pretty hungry and decided on Jamie’s Italian for a late lunch/early dinner. I have always loved Jamie Oliver’s recipes but been pretty cynical about how his restaurants had sprouted like Starbucks’ across London. There is even a Jamie Oliver truck at the airport! Despite my doubts the food was really rather good. We started off with a bellini and a gin and earl grey martini and followed up with some Sardinian bread and honestly the best olives i’ve ever had! The dish itself is called ‘world’s best olives’ and they really are! I tried to find the variety online later and after much struggling discovered that they are Castelveltrano olives from near Trapani (one of my favourite cities!) We also ordered the baked chestnut mushrooms on ‘music bread’ with mozzarella which was a little boring; and the sweet mini chilli peppers stuffed with tuna, anchovies and capers which wasn’t great either unfortunately. However, the fried 3 cheese gnocchi was delicious! I wasn’t bowled over by Jamie’s Italian restaurant however I was very impressed by the deli (where you can buy the giant olives). I couldn’t resist buying some interestingly shaped squid ink pasta. A recipe for tomrrow perhaps? 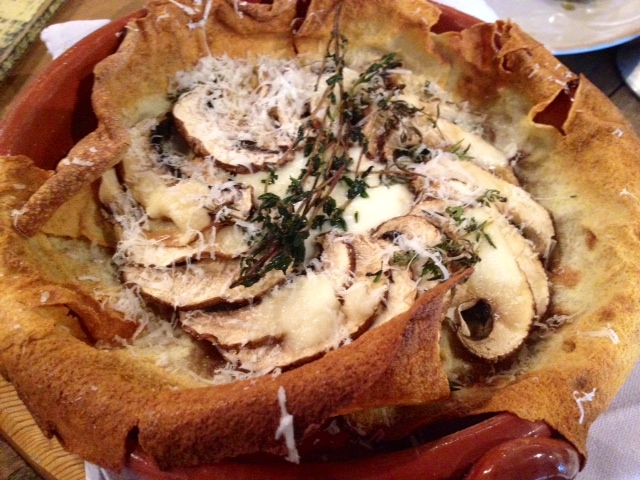 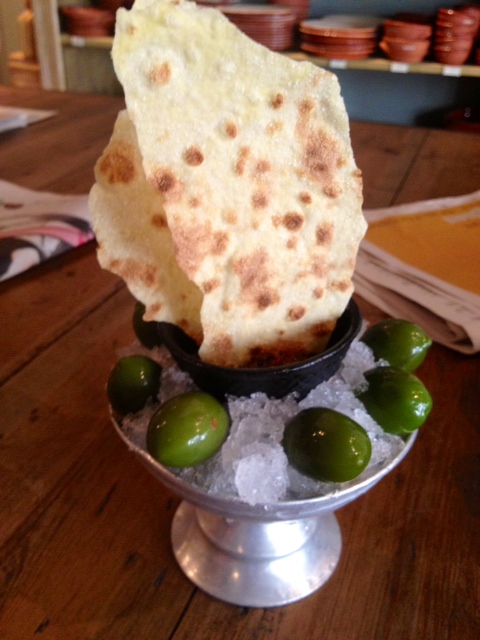 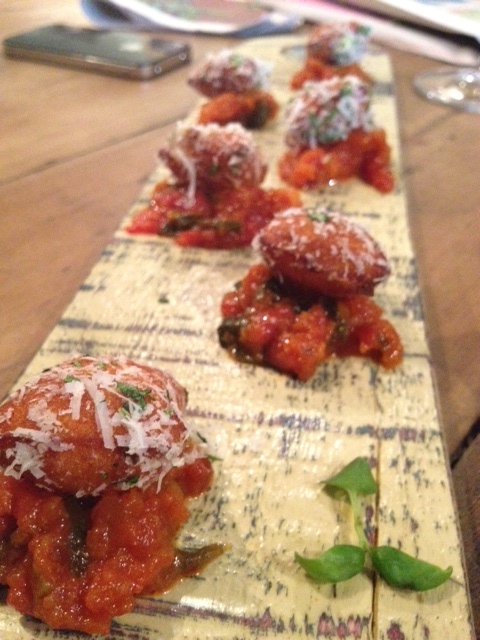