Pomegranate chicken has been my signature dish, made only for my family and no one else for quite some time now. However I have decided that such an amazing dish should be shared around and celebrated, not kept under lock and key.

The dish itself is a very traditional dish in Northern India, however the recipe below is my own personal take. In India a lot of the recipes call for dried pomegranate seeds or pomegranate powder, however I feel that the dish is special because of the juicy freshness of those little ruby gems. 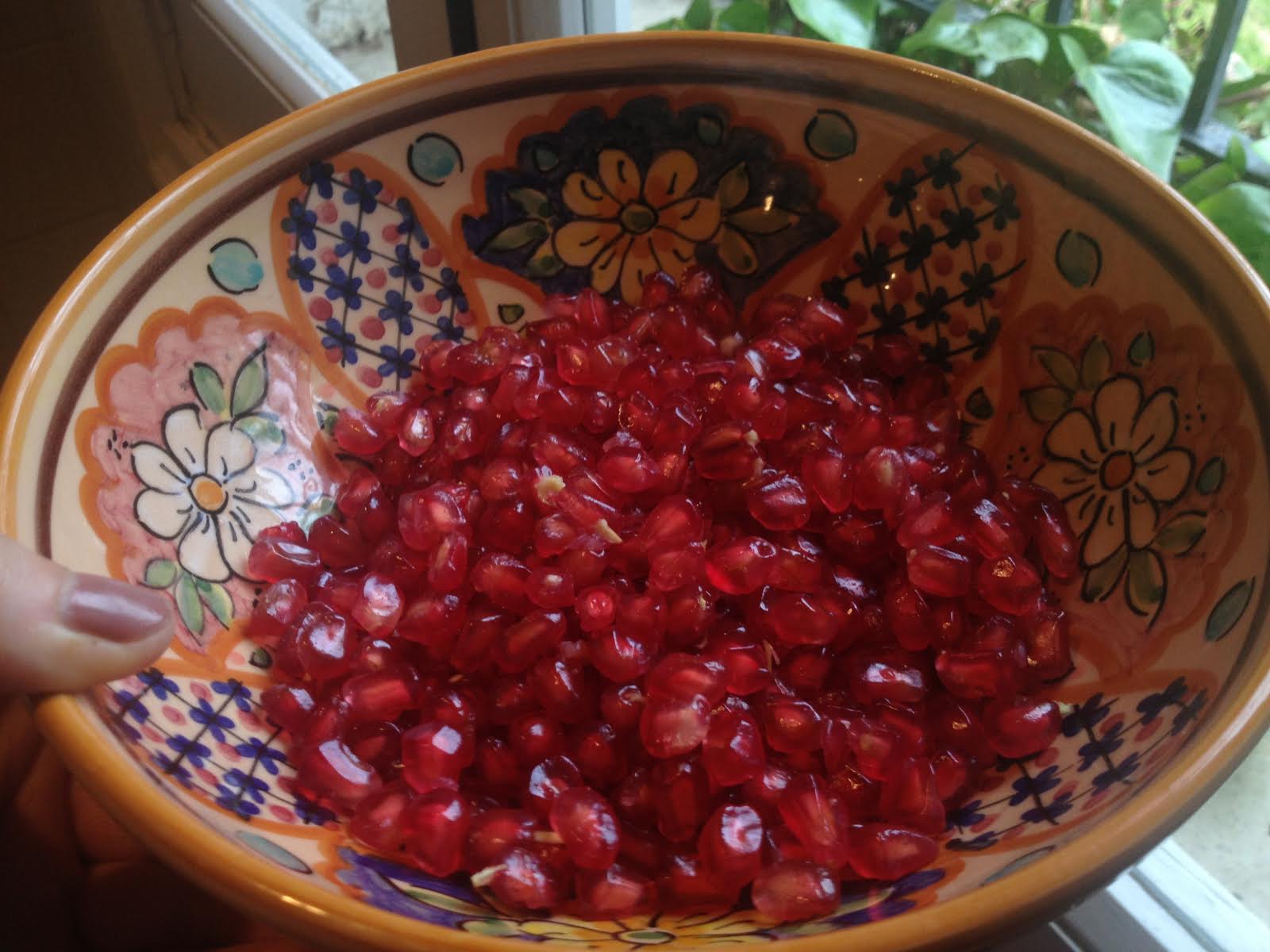 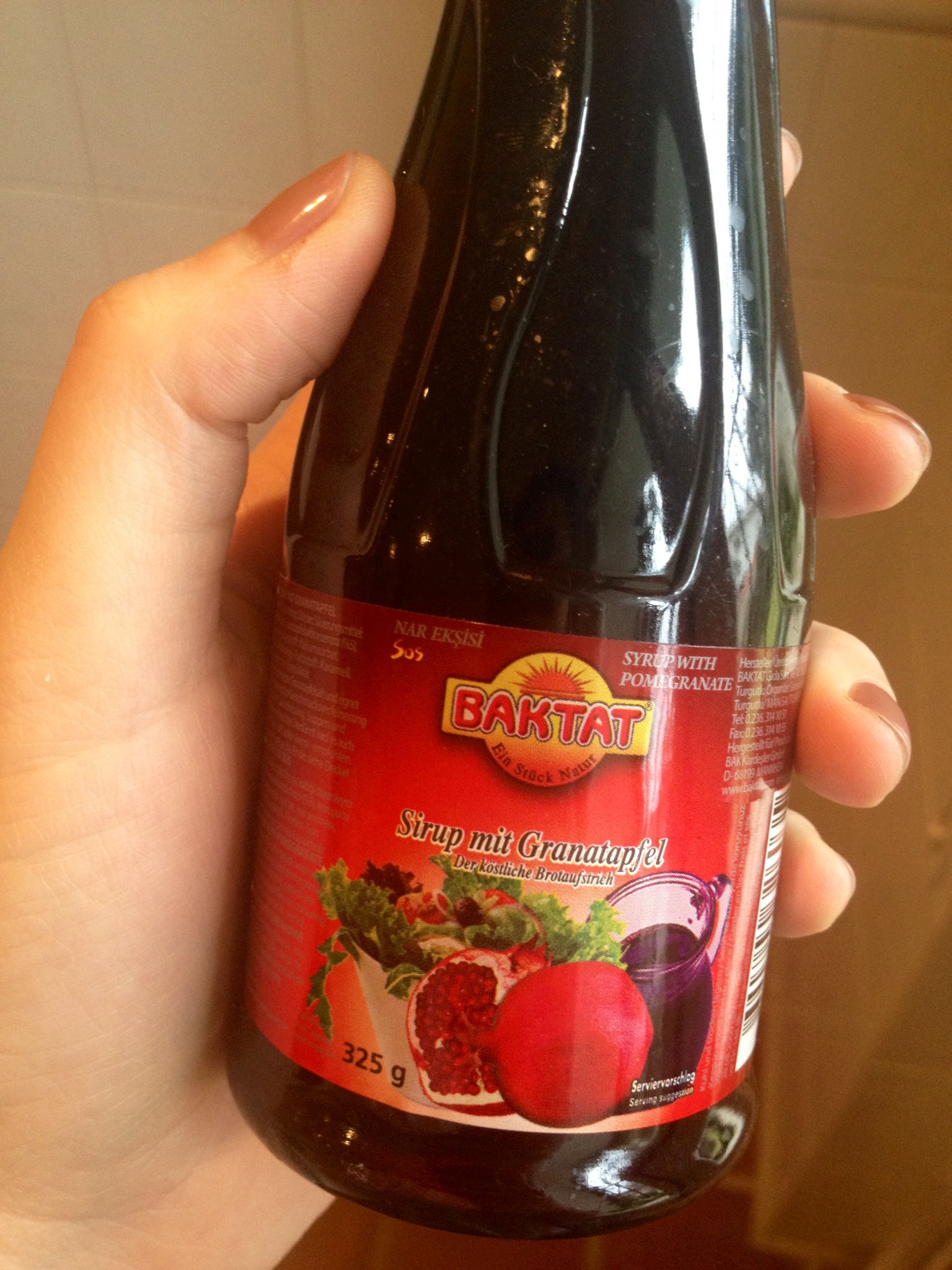 Mix the spices with a large splash of oil, salt, water and the pomegranate molasses to form a paste, then mix in the garlic and ginger. Cut the chicken breast into thin strips and marinate the chicken in the paste for a few hours. Pomegranate molasses can be considered hard to come buy, but most turkish shops will sell it, and you can also buy it online. In contrast to Arabic recipes that call for pomegranate syrup to be used sparingly, feel free to add as much as you like while you cook, tasting to get the right balance of sweet and spicy!

While the chicken is marinating, remove the pomegranate seeds from the fruit, making sure that none of the bitter white pith remains, and chop the coriander roughly.

Once the chicken is ready, heat some oil in the pan and fry the chicken on a medium heat, adding a splash of water whenever it dries out. It is important that the chicken cooks for quite a while otherwise it will taste really powdery at the end as the spices haven’t had time to dissolve.

Once the chicken is cooked, add in all the pomegranate seeds and the fresh coriander and serve with parathas or chapattis!

This recipe should be really hot and fiery – not for the faint hearted! 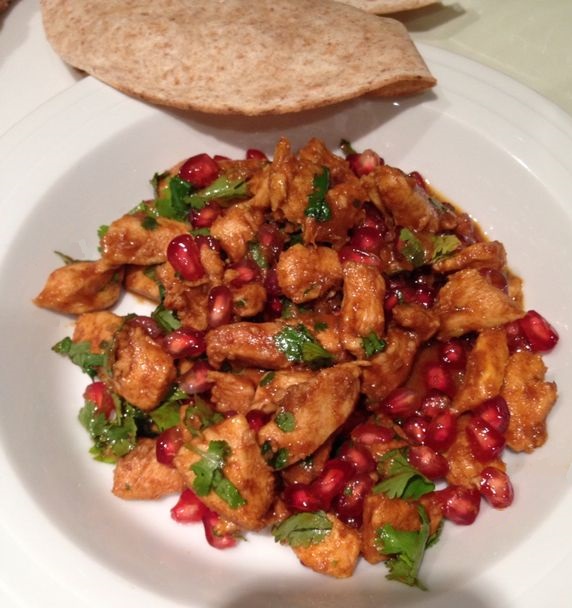