I’m pretty broke at the moment and really trying to watch my spending so I’ve been looking for new recipes that are cheap and not just the standard veg stir fry or pasta dish! My best friend is currently in Jordan and has been making my mouth water with photos and vivid descriptions of the different dishes he’s eating! After talking to him today I suddenly knew what to make, and incredibly… I had all the ingredients already!

I grew up on shorbat adas, it’s one of my mothers favourite recipes. However like all good children, i’ve been too nervous to try it till now, knowing that it will never be as good. It wasn’t, but it was still pretty delicious considering how little money I spent and how quick and easy it was to make! 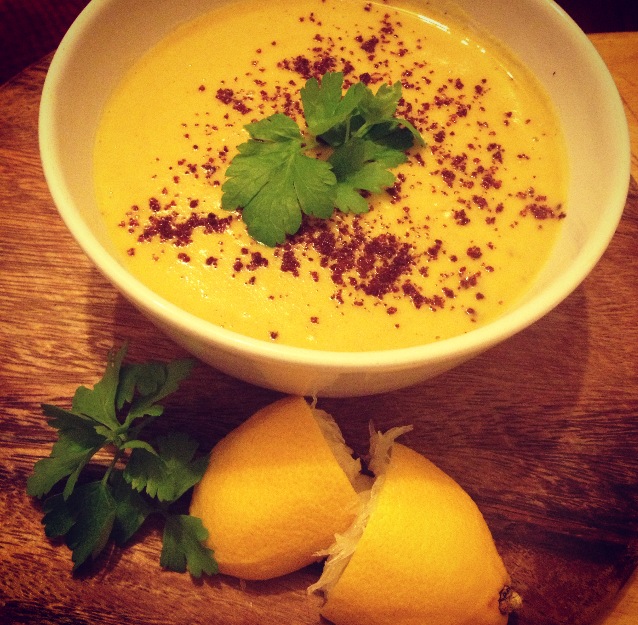 I’m afraid I didn’t really use any measurements (as always) so just feel it out!

Add split red lentils (about 2 or 3 cups) to the stock (more than enough to cover the lentils) and bring to a boil in a pan. Once the mixture has come to the boil, lower the heat, put a lid on and let it simmer for another 20 mins or so. You may need to add more water as it dries up.

In another pan, fry 2 shallots (or one large onion) and 2 cloves of garlic until the onion is translucent and nicely golden. Add the onion and garlic mix to the lentils along with a tablespoon of cumin powder, half a teaspoon of turmeric and a tablespoon of cayenne pepper. Stir the spices in then let the soup simmer for another 10 minutes.

Finally, using a hand blender, blend the soup till it’s thick and silky – it really does end up with a wonderful texture! Add the lemon juice (I like around 2 or 3 lemons, however I’m often told that my love for lemon juice is rare), stir then serve in a bowl garnished with parsley and dusted with sumac.

Sumac is one of the most amazing spices I’ve had. Made from a pretty red fruit, it has a distinctive lemony taste and is added to almost everything in Middle Eastern cuisine; either in its pure form or as a key component of za’atar (a spice mix). It’s definitely one of the more important spices for your spice rack (although at the rate i’m going, i’m going to need a spice wall!) 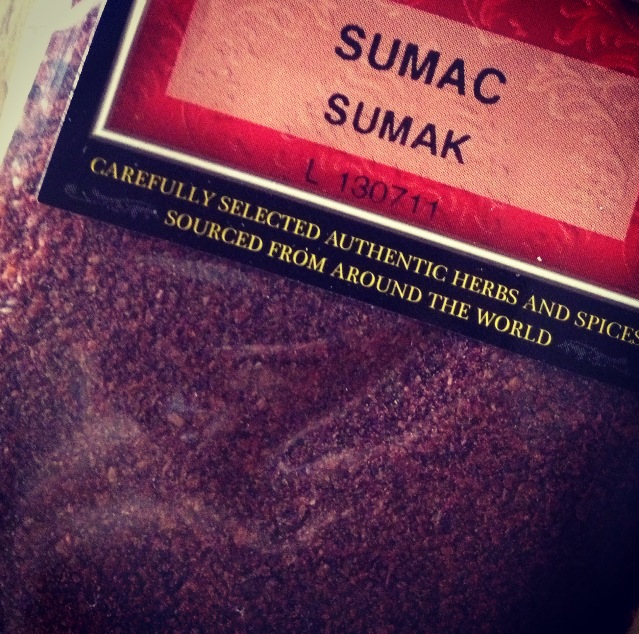