I have now spent over a month living at Rancho Los Baños in the Sonoran desert of Mexico and I feel like I’ve been here forever. I’ve taken to the outdoor life (and the sun) so completely and learned so many things here that I thought I’d share a few…

I always assumed the scent of the burning fur and flesh would be pretty intense but there’s actually no smell at all, just a LOT of smoke. 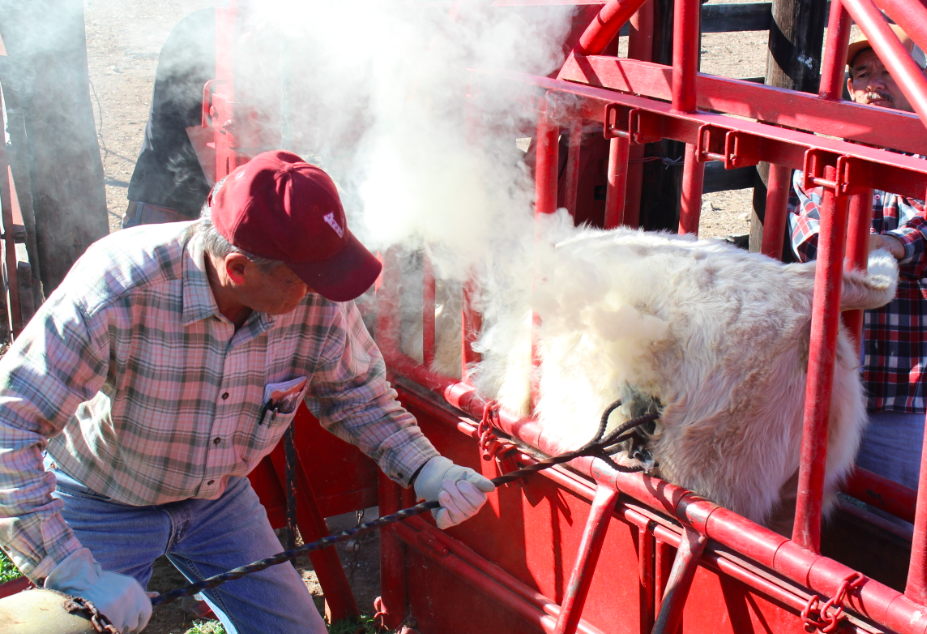 2) Lassoing should be an Olympic sport

Anyone who can lasso deserves a gold medal. Managing to lasso any still object is still a mission for me, let alone a moving object. A lot of the cowboys struggle too, so it’s a rare and beautiful thing to watch when you find a true master of the lasso. 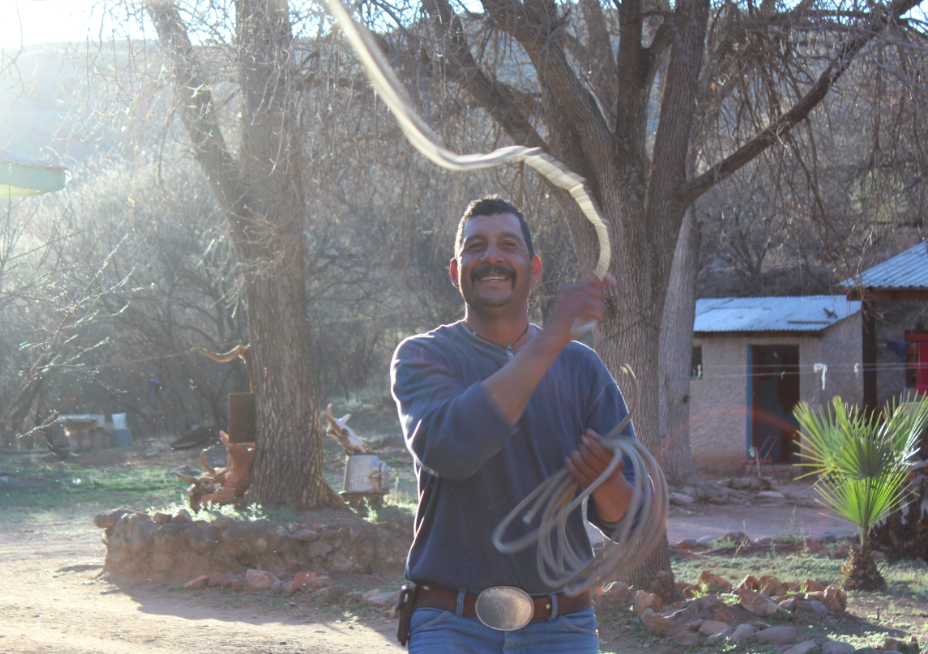 I always thought of cows as being docile creatures but they are serious fighters. Put a cow in the back of a pick up truck and she’ll bash her head against the wall till it’s bleeding in an attempt to escape. Not very clever, but certainly not all soft and docile.

4) Road runners do NOT, I repeat, do NOT look like the Looney Tunes cartoon.

They don’t stick their tongues out. And they don’t say BEEP BEEP either. Huge disappointment. 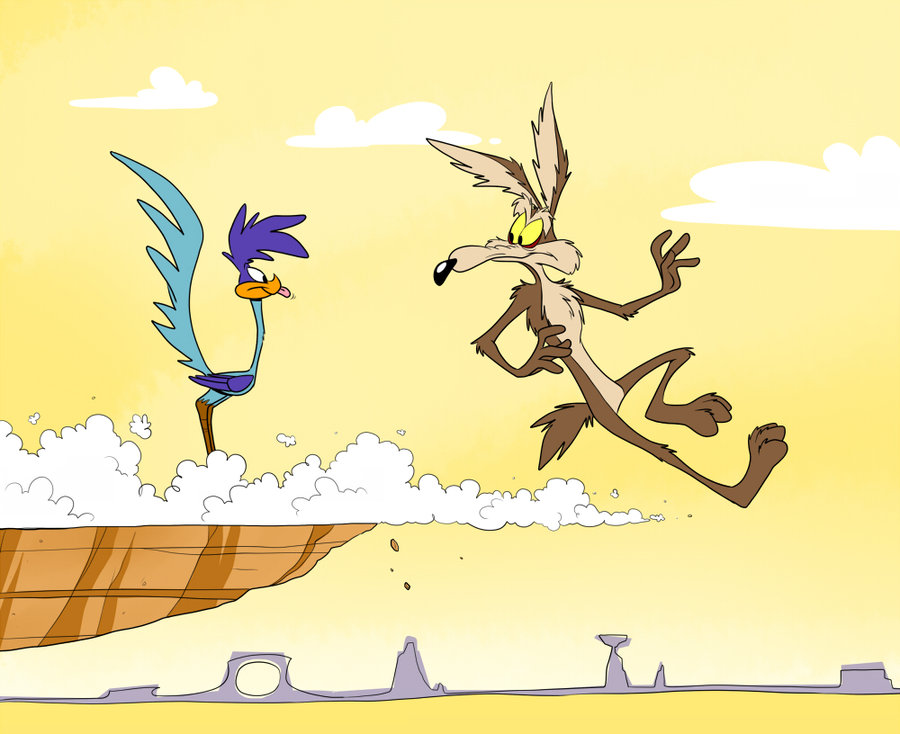 5) Jack rabbits disapparate during the day

I’ve only ever seen jackrabbits at sunrise, sunset and during the night. What they do when the sun is up and the day is hot is a mystery and where they disappear to, I think only magic can answer. Maybe they’re all at the Leaky Cauldron, or having a butterbeer in Hogsmeade? 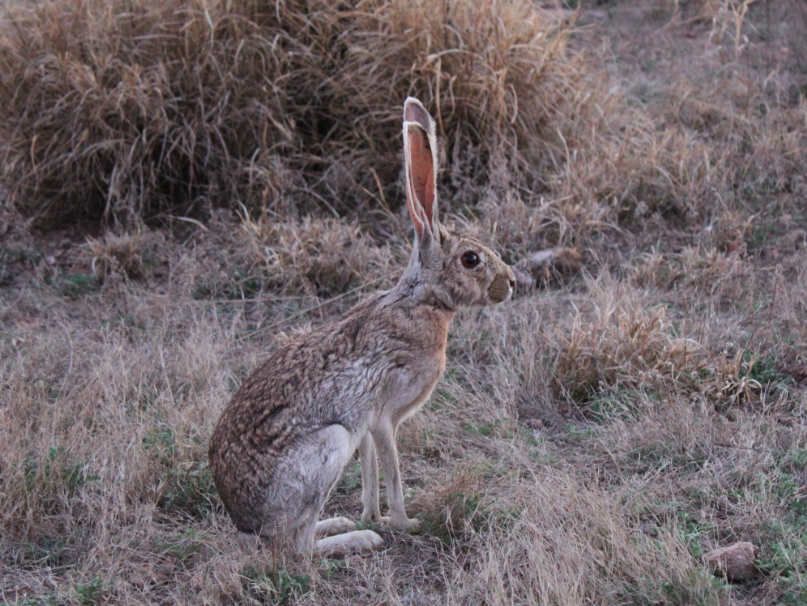 There’s something about the smell of skunk urine that is oddly reminiscent of marijuana. Either way, it smells awful and somehow seeps into everything. It seems the latest perfume for the ranch dogs is Eau du Skunk as after they have killed it, they have no greater pleasure than rolling in its dead body.

7) Cacti turn purple when they get a tan

I have always loved cacti, and as a kid had a number of different varieties in my room at all times, so you can imagine my delight when I discovered the Nopal cactus turns purple in the sun, the only thing better than a cactus is a purple cactus! 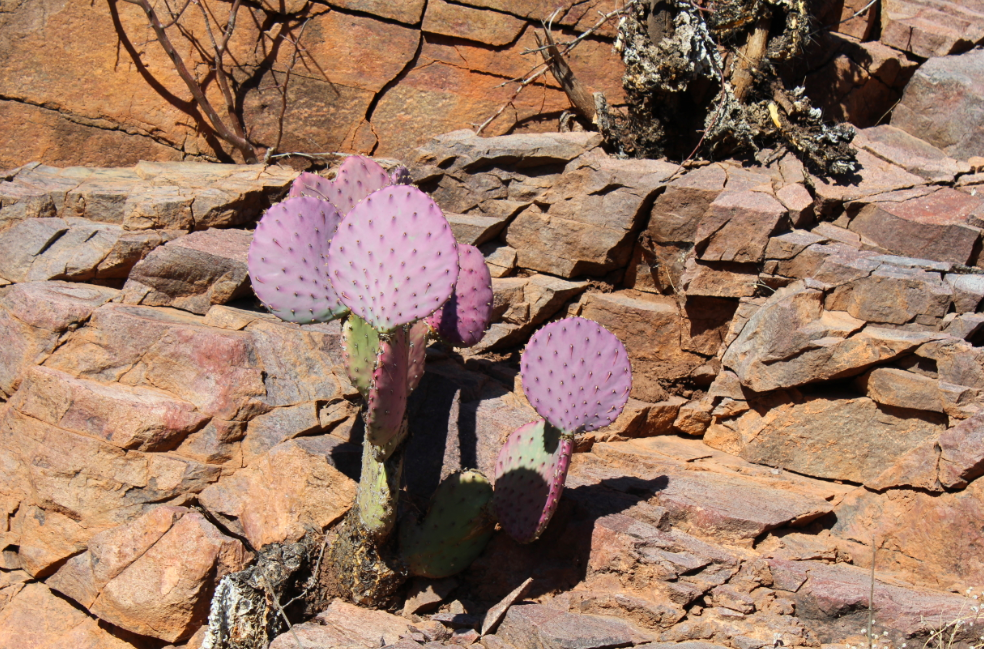 8) Every ranch should have cats

The cats eat the rats and mice which means no food for the rattlesnakes. No one wants to live in a ranch infested with rattlesnakes. Buy the cats! 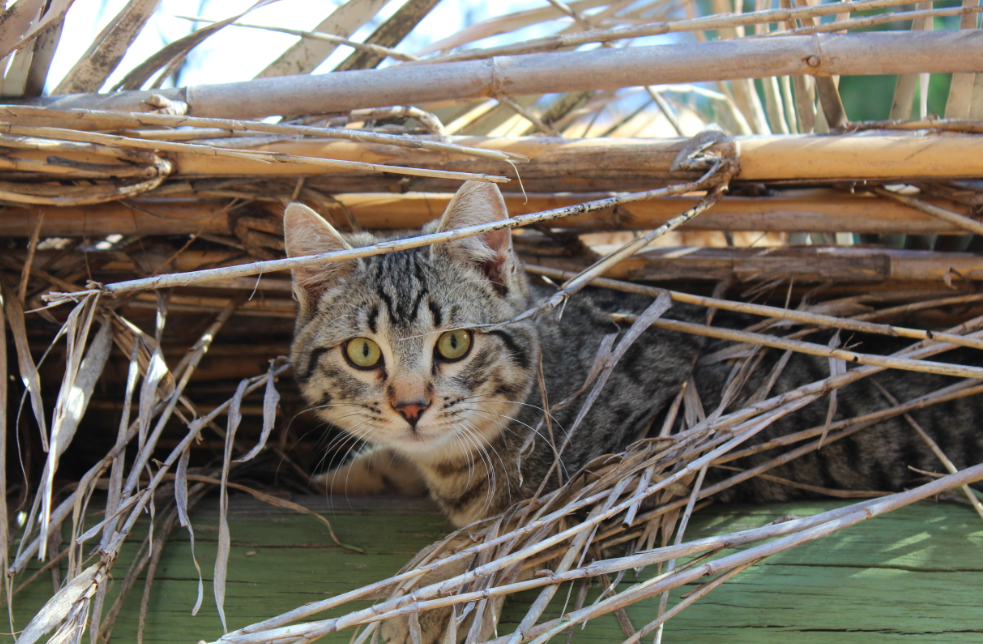 9) There is nothing tastier than Machaca (jerky)

I always assumed that leaving meat out in the sun would make it bad, but it makes it SO good. Hang the meat till it’s dried then grind it with a stone to make powdered machaca which you can add to your scrambled eggs in the morning, or to some fried potatoes for the best burrito filling ever. 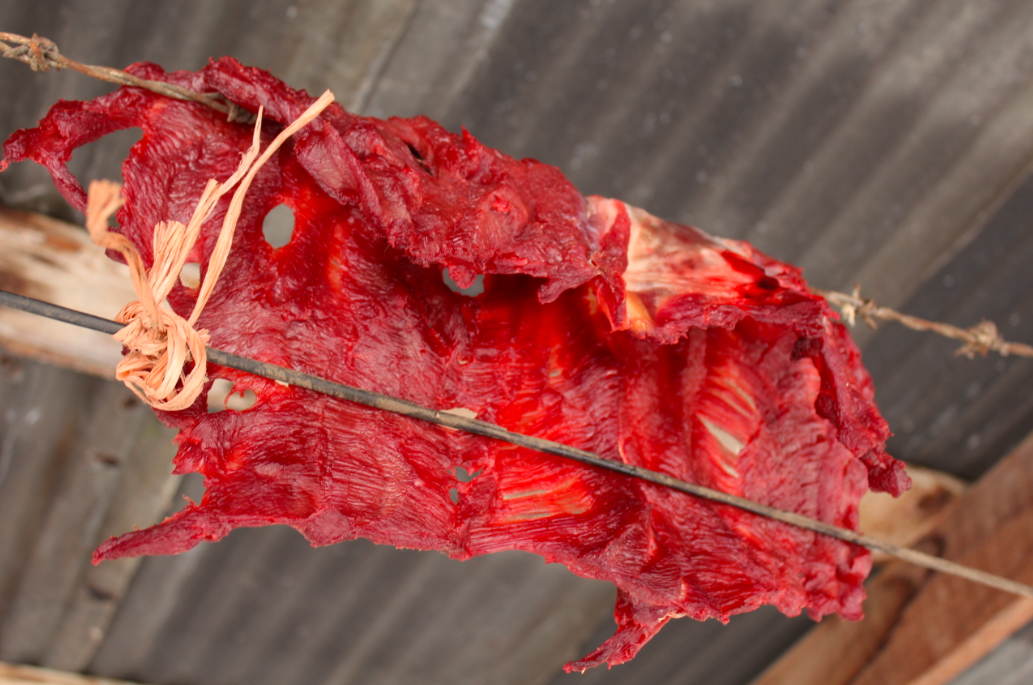 10) Bandy legged cowboys are for real

In the comics and movies, the cowboys always walk as if they’ve still got a horse between their legs. Truth is, they aren’t walking like that because of all the riding, it’s because of the chaps. Chaps weigh a ton and are surprisingly hard to walk in. Most cowboys just take them off as soon as they get off the horse.

11) The most important word you need to learn is ‘pinchi’

Lots of things can go wrong on a ranch, you could get kicked by a calf, thrown by a horse, even more can go wrong in the Sonoran desert where every plant alive is out to get you with its thorns. You therefore need a proper word to convey your anger towards all of the above. Pinchi ramas, pinchi vaca, pinchi caballo… and when you’re angry at Juan, pinchi Juan! I’m sure you get the meaning. 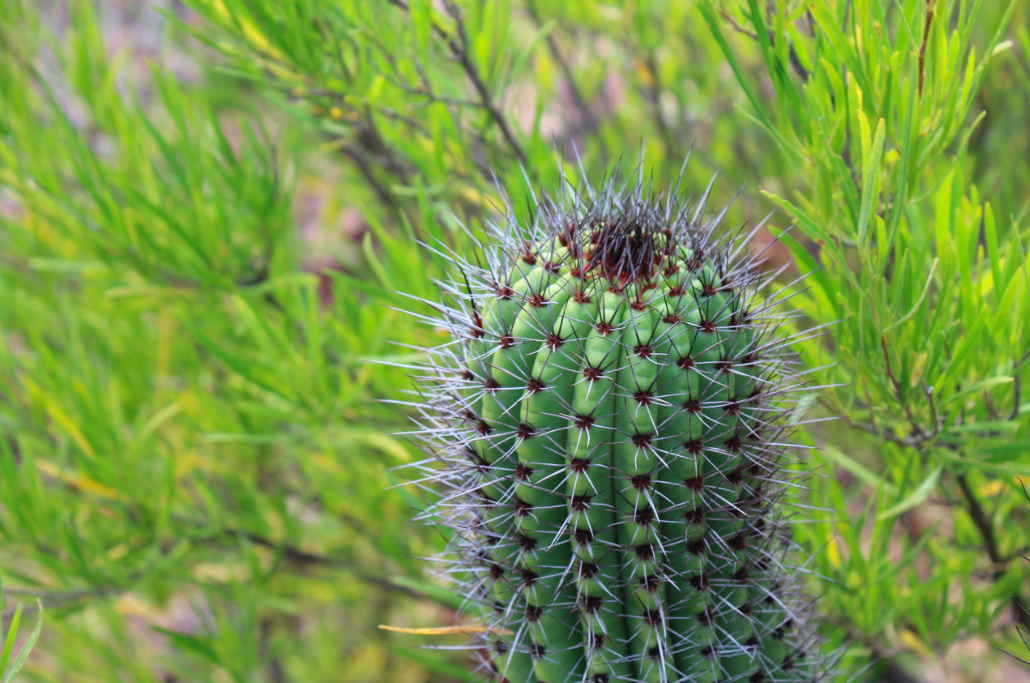 12) The Chiltepin is the one chilli to rule them all

There is nothing more exciting that coming across a chiltepin plant and picking your own chillies to eat that night for dinner. Yum!

Staying up all night because the coyotes are howling and the dogs are barking back is a lot less glamorous than the all nighters back at home. The next day, you’ll give ‘Coyote Ugly’ a whole new meaning. Don’t come to the desert without ear plugs!

You’ll soon get accustomed to the smell of death in the desert. There’s nothing like stepping out of the ranch after a hearty breakfast and being greeted with the stench of stale blood to strengthen your stomach. From dead cows to dead deer and everything in between. Blood stains and arterial splashes will become so commonplace you won’t even look twice and you’ll soon lose the novice excitement at finding a skeleton or assorted skulls. 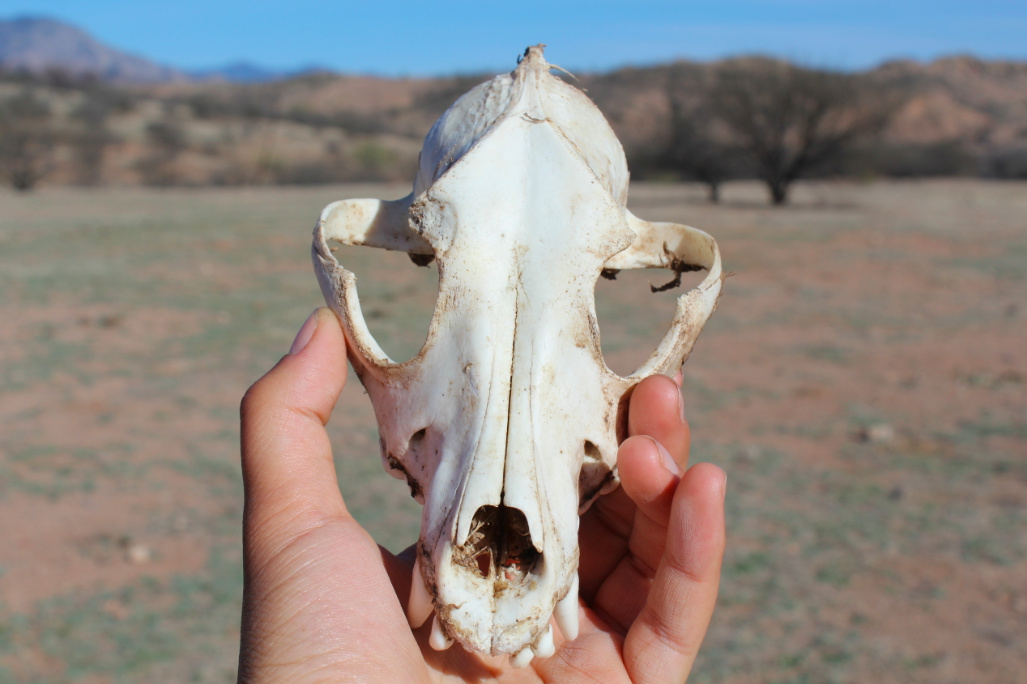 Bacanora is basically moonshine tequila, made in the mountains of Sonora by magical old men (and women, maybe..)

Forget the stuff you got at uni that made you throw up, this stuff is what Tequila is supposed to be. Clean, pine notes that make you just want more and more! Andale pues!

A heavy serving of sugar, a nice splash of salt, fresh spring water and one squeezed lime is all you need to replenish your body after a long day out in the sun (NB Mexican limes are much sweeter than ours!)

I got a huge shock when I came here to discover that the saddles are incredibly heavy – literally they can weigh up to 20kg or so! When I first picked one up, I nearly fell over backwards and now, while I’m able to get it on the horses back, It’s still nowhere near the finesse and ease of the locals (see photo below). 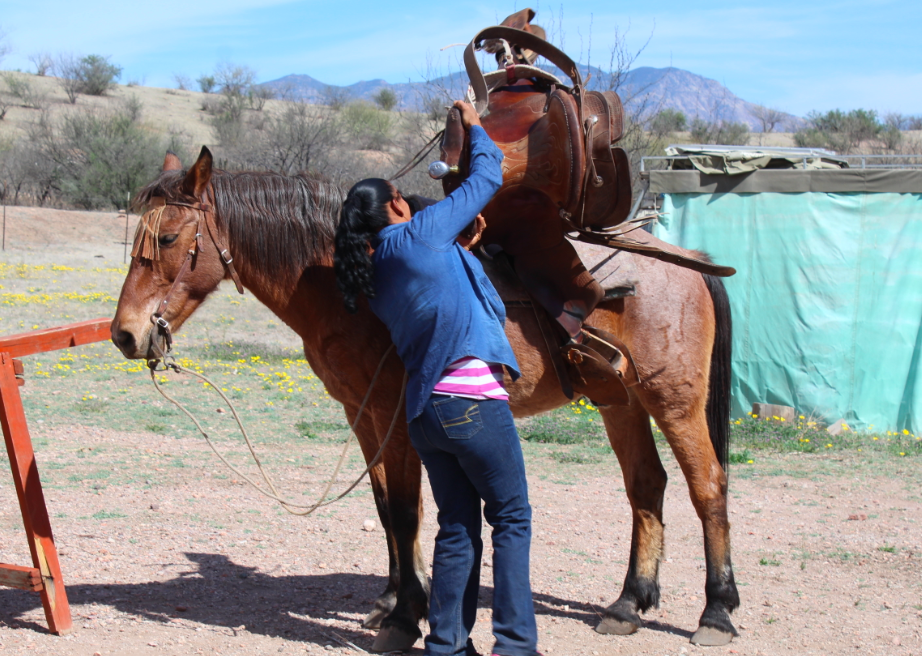 18) Cows hooves are made of 2 separate parts

I had heard about cloven hooves but I just assumed that the hoof had a little nick in the front, not that it was actually made of two separate pieces (or toes as they’re known). Dogs love chewing them too!

19) You don’t need a farrier to shoe a horse

I always thought horse shoes had to be measured and forged in a fire by a specially trained farrier, but you can buy ready made shoes in different sizes and hammer them on yourself! Amazing! 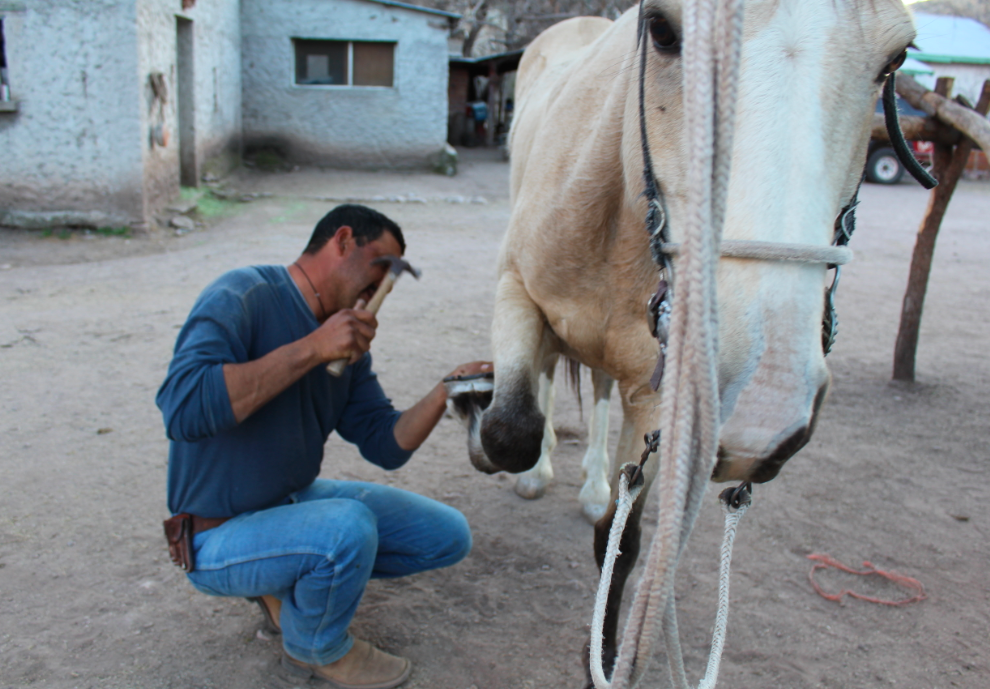 20) Calves may look small but they weigh a ton

Those tiny little balls of fluff, a week old calf that looks so cute will more than likely kick you in half if you get too close. Which is why it’s always better to lasso a calf while you’re on a horse and wrap the rope round the pommel than just lasso it yourself or you’ll probably end up on the floor.

So there you are, now you know as much as me about living on a ranch!