Both my parents have exquisite taste, they always find the most beautiful places to travel to, far off the beaten track, the best little tavernas to eat at, the best place to buy local wares. Every time I decide to travel somewhere I always go to them for advice first. Between them they have lived in the UK, Italy, Malaysia, Indonesia, the Philippines, The Netherlands, Spain, Saudi Arabia & India and they can navigate through a multitude of languages from pidgeon Bahasa to fluent Hindi. When my father told me that Badalona was a unique place to visit, I asked him to write a little account of his trip . 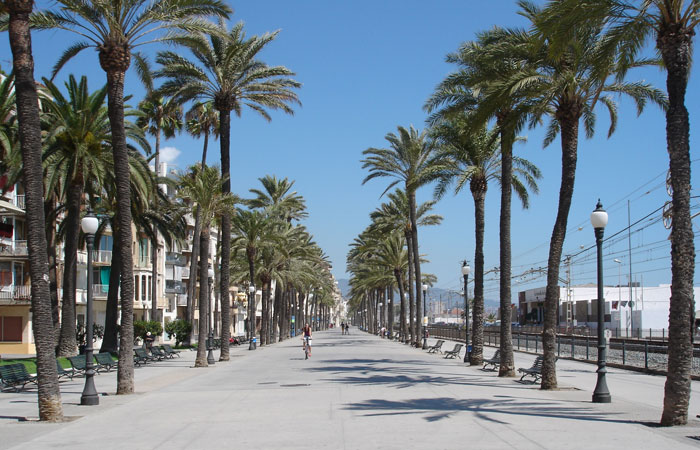 Badalona is an old fishing village founded by the Romans (originally called “Baetulo”) which became wealthy on the back of the wine trade. In the nineteenth century the area was industrialised and it is only now being rediscovered. The old Roman city was forgotten and lost but after long and painstaking work, a large area under the medieval part of the city, can now be rediscovered as a magical underground journey back in time! Through the Museo de Badalona, the city’s streets and drainage system, artisan workshops and boutiques, and the public baths can all be viewed in recently updated displays with audiovisual installations. The museum holds the Venus of Badalona, a beautiful sculpture approximately 30cm high, of which a faithful reproduction is available in the museum shop. You can also walk through a section of the underground conduit that brought water to the city – although I didn’t do that during my visit!

Badalona has a small and well-kept historic city centre with some curiosities that are well worth a closer look. The Carrer del Mar, which takes us from the Ajuntament (Town Hall) to the shores of the Mediterranean, has become the principal thoroughfare and commercial hub of the city. Some older establishments are worthy of a stop, such as the Drogueria Boter (Carrer del Mar, 71). This pedestrian street meets La Rambla, which is a pleasant street for a stroll while flanked by Modernist houses on one side and by the expanse of Badalona beach on the other. The Rambla is the artery where Badalona residents take a walk or sit at the café terraces. The Antic Cafè is one such place whose walls could tell the whole story of the history of Badalona. Another good place for food is the Ca l’Arqué restaurant, which specialises in Catalan cuisine (Carrer Arnús, 89, two streets from Carrer del Mar). I dined at the Can Frai restaurante which is a restored cottage that serves an excellent traditional Catalan fare with good wines at a very reasonable price. 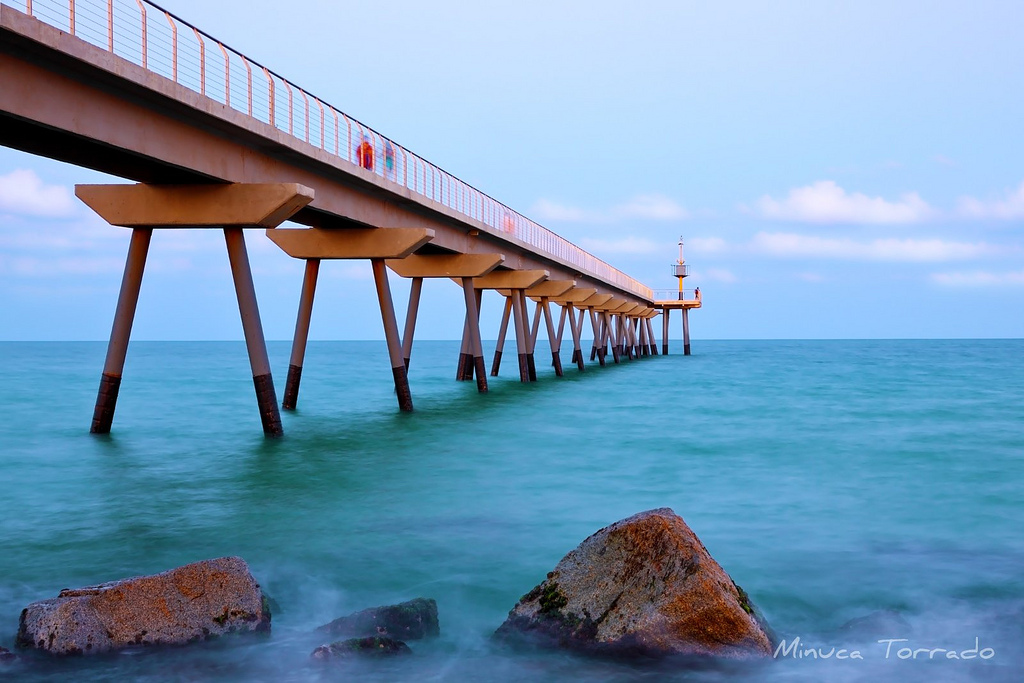 The five-kilometre beach of Badalona can be enjoyed at any time of the year thanks to a beach front path that takes you along the shore to neighbouring towns and villages. A little south towards Barcelona, you pass the Anís del Mono factory – the most famous maker of anis – to another relic of the industrial age. The factory is open to visits by reservation. The Pont del Petroli, now converted into a pedestrian walkway, is an old pier that extends 250m out to sea, and was used to offload fuel for the former power station. It is now an ideal place for a walk, to fish, and for romantics who like to see the sunset over neighbouring Barcelona. A bit further on you will find the port of Badalona, which has a good restaurant called “Sant Anastasi” specialising in contemporary Catalan cuisine.

The most famous factory for “anís” is in Badalona.  The Anís del Mono factory is on the sea front of this city, which is using its industrial heritage to reinvent itself. The brand label for “anís”, or Pastís- style liquorish flavoured liquor, was founded in 1870 and became the leading brand of anís in Spain. It achieved its popularity for the quality of the product and because of a well-liked picture on the label – a monkey with features inspired by none other than Charles Darwin. 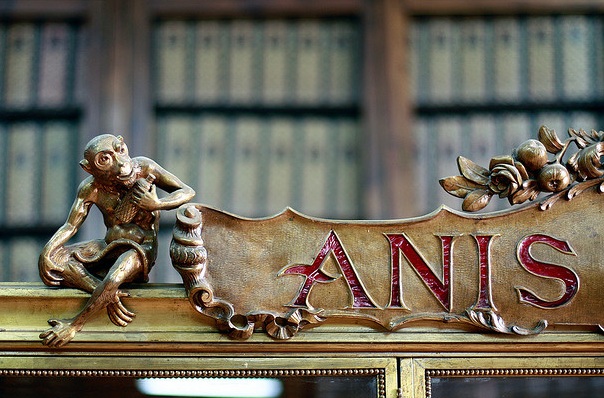 The design of the bottle is also rather unique, with its diamond shapes on the surface resembling cut glass. It is said that it originates from a bottle of perfume that the proprietor, Vicente Bosch, bought on a trip to Paris towards the end of the nineteenth century. Bosch also commissioned prominent Catalan Modernist artists, such as Ramón Casas, to create large advertising hoardings, which can be viewed in this expansive liquor factory. Visitors to the factory can see the whole production process and the Modernist rooms where the archive is kept and the owner has his office. On the way out there is of course the possibility to buy a bottle of this traditionally made alcoholic spirit. 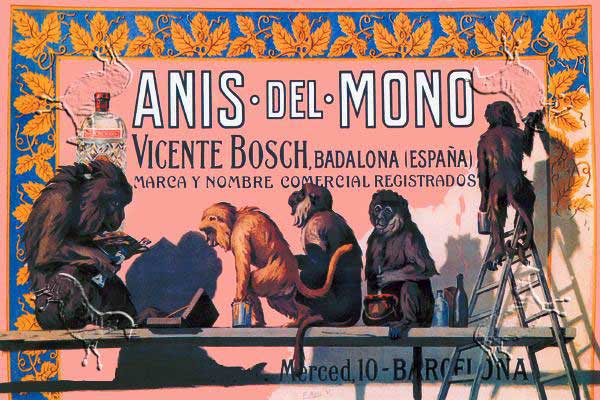