After the new year, when many people across the world are packing away their festive decorations and resigning themselves to the anticlimax of January with a heavy sigh, the Spanish are still waiting for the big event: Reyes!

On the 6th of January the whole of Spain celebrate Reyes, the day when the 3 Kings – Melchior, Gaspar and Balthazar – brought their gifts of Frankincense, Gold and Myrrh to the infant Christ. Traditionally Spanish children only received gifts on this day and not at Christmas, though this has changed more recently, and the children would put out their shoes on the 5th to either receive gifts from the Kings if they had been good or carbón (coal made of sugar dyed black) if they had been bad! 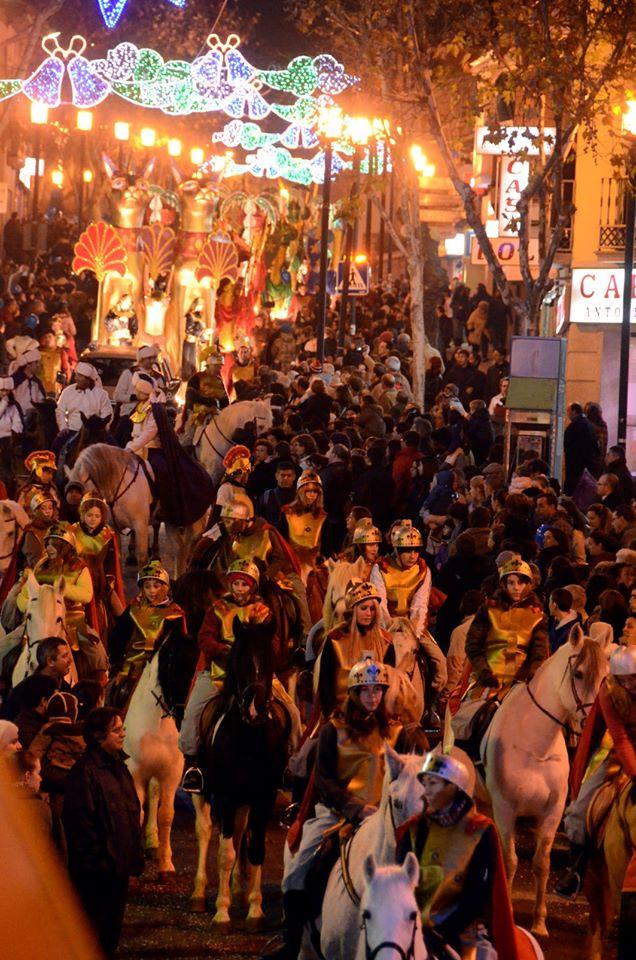 Cabalgatas, colourful parades, are organised all across Spain on the evening of the 5th January, which represent the arrival of the Reyes Magos (Magi) to the town so the children can witness their arrival on horseback, on camels or in carriages before they go to sleep. This is a very old tradition, the oldest parade is held in Alcoy (near Valencia) which dates back to 1866!

Every year – Vistas Reales , the stables where I spent my weekends riding while growing up – organises for its riders to take part in the Cabalgata de Reyes in the nearby town of Colmenar Viejo. The riders, (who range from young children to adults), accompany the magi on their visit around the town and make this Cabalgata a truly incredible sight to witness, as the thunder of hooves marks the arrival of the parade. It’s also a wonderful opportunity for all the riders at the stables to get together, dress up and have a little fun with their horses while taking part in something really special. It’s not every child that can say they rode into town with one of the 3 Kings! At such an event with big crowds and a lot going on, it’s important to remember the safety of both the horse and rider and I would personally make sure that you’re both covered by an equine insurance provider! 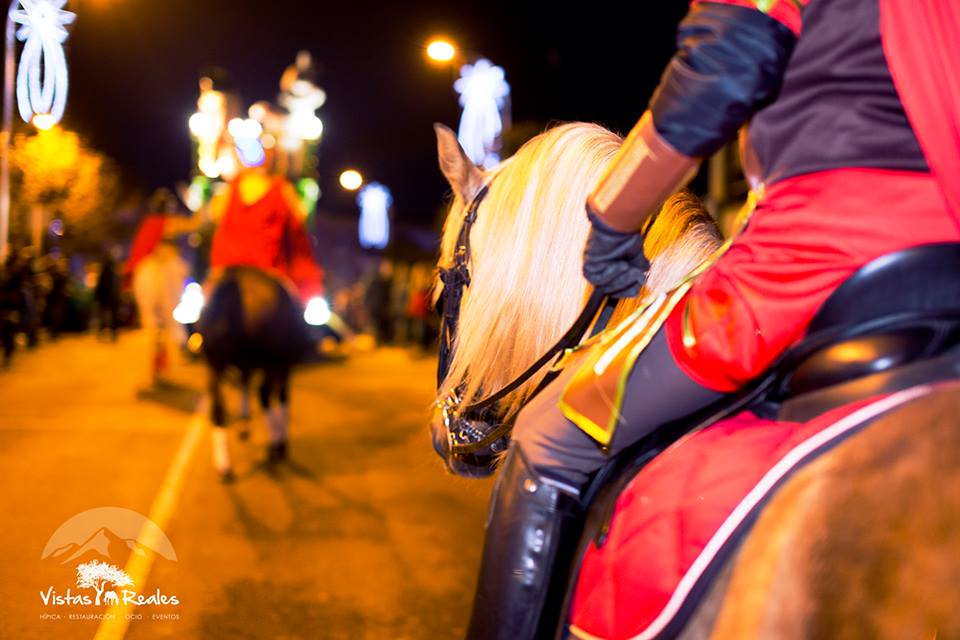 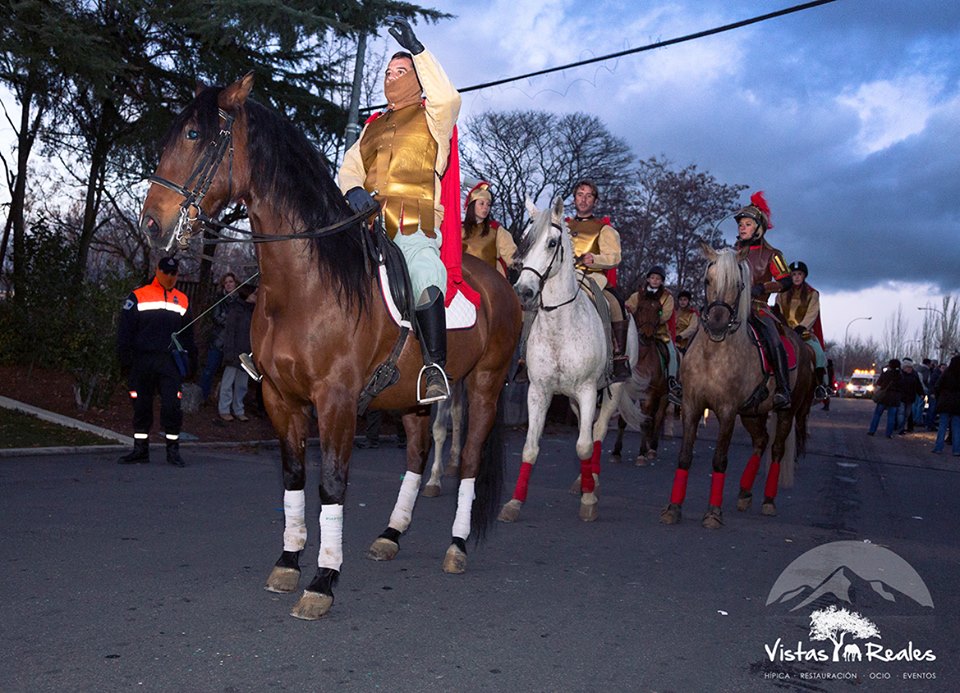 After the parade, the riders return to the stables where together they warm up with a hot chocolate and a bite of the traditional Roscón de Reyes – a specially made cake eaten on the 6th. Reyes is a really magical time in Spain, where the happiness and festivity is stretched out as long as possible – Spanish people love a good fiesta! In my mind though, there’s no better way to celebrate than with the Vistas Reales troupe in the saddle. 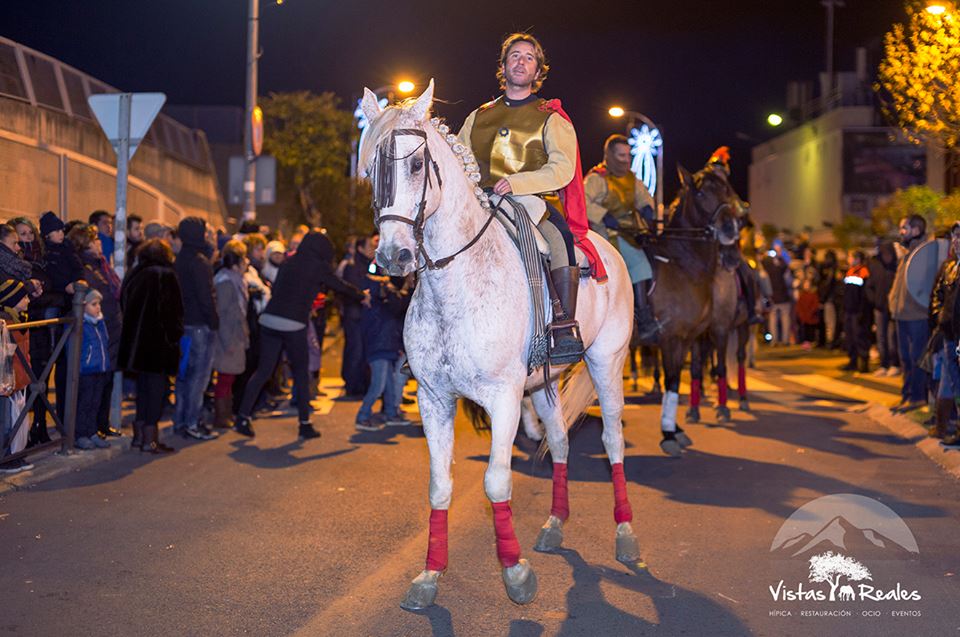 Take a look at the video from a couple of years ago to get a feel for the Cabalgata de Reyes in Colmenar Viejo with the Vistas Reales equestrian centre!

*This post has been possible thanks to Petplan, but all thoughts are my own.