However I do have a big weakness for soft, powdery snow and all the excitement that comes along with it! 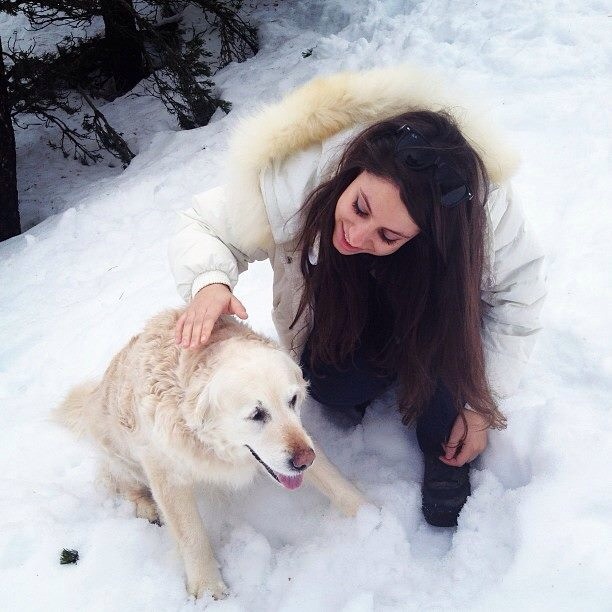 Whenever I tell people that I’m going home to Madrid for Christmas they always assume that because it’s Spain, it will be hot – and they couldn’t be any further than the truth!

At 667m elevation, Madrid is the highest capital city in Europe (except for Andorra, but I’m choosing to ignore it!)

It’s surrounded by a ring of raw jagged mountains which are as arid as the desert in summer, populated only by sparse scrubs and ancient olive trees. However in winter…they are permanently tipped with white.

Our house, to the North of Madrid, has a beautiful view of the Sierra de Guadarrama, and we often sit and watch the dying ochre sun fall over the blue mountains, giving way to the night.

When my sister and I were growing up, we’d take the bus every Saturday up to the ski pistes at Valdesquí, Navacerrada or La Pinilla and spend the day flying through the mountains in a cloud of powdery snow. The best thing is that even though temperatures in winter can drop to -15 degrees, the sun somehow stays resolutely in the sky. I think I spent half my time skiing in a T-shirt! Madrid is incredible in that sense – it may not have a coastline, but with a 45 degree summer by a swimming pool and winters skiing in the sunny mountains – you couldn’t really ask for more. 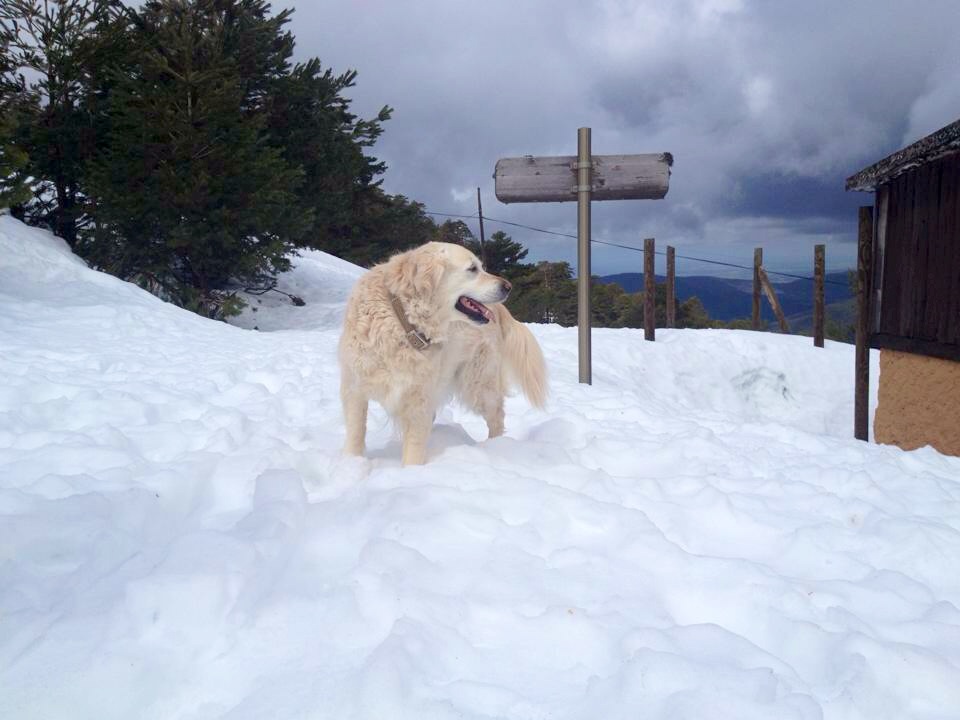 I have so many amazing snow memories, and they’re all in Madrid! Whether it was a day off school because the roads were all snowed under or a snowball fight on horseback (we only realised later that it was rather impractical to gather more snow from the back of a horse).

I think my favourite snow memories however are with my dog. My golden puppy loves playing in the snow, I’ll never forget how surprised she was when she first encountered snow, but it’s always a lot of fun to take her up into the mountains to run around like an arctic wolf!
Inntravel are running a campaign at the moment: #DreamingofSnow and they’ve very kindly gifted me a Go Outdoors voucher to give away. To win the £50 voucher, all you have to do is comment below with your favourite snow memory, and I’ll pick the best in a week. 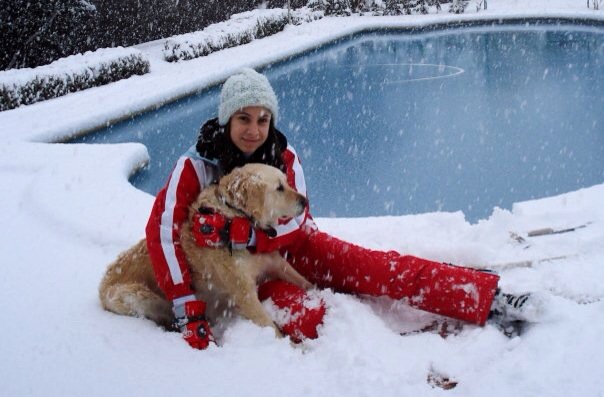