In the heart of Cairo lies a vast wasteland of dusty streets, tumbling down buildings and deserted corners. This is El-Arafa (The Cemetary), otherwise known as the Cairo Necropolis or the City of the Dead. Ironically, it is also home to half a million people. 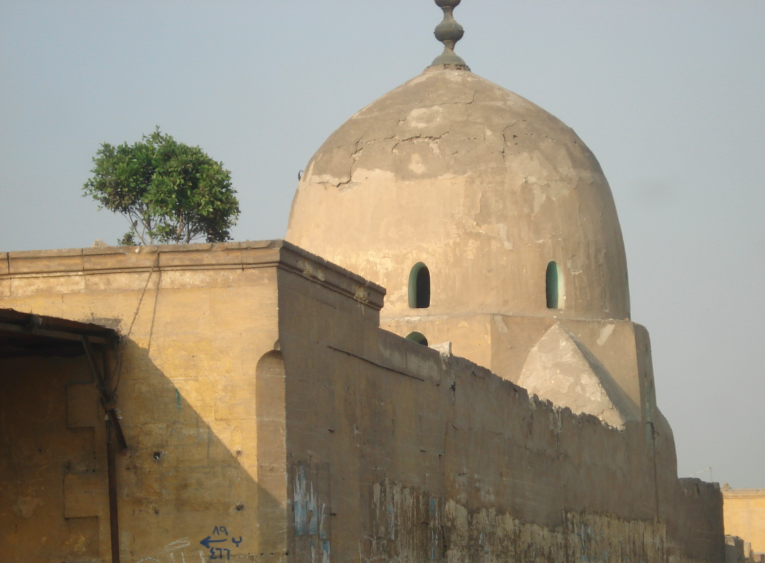 As we drove through El-Arafa, I was so taken by the eerie city that we asked the taxi driver to pull up so that I could get out and wander around for a while, taking photos.

Though I crawled into the heart of the mighty pyramids, gazed up at the Sphinx, sailed down the Nile and stood at the top of the colossal Aswan Dam, walking through the City of the Dead was one of the most haunting moments of my trip to Egypt, and it will stay with me forever.

Lying at the foot of the citadel of Salah ad-Din, which is home to the extravagant and exquisite alabaster mosque of Mohamed Ali, the sprawl of sand coloured mausoleums seems like another world. 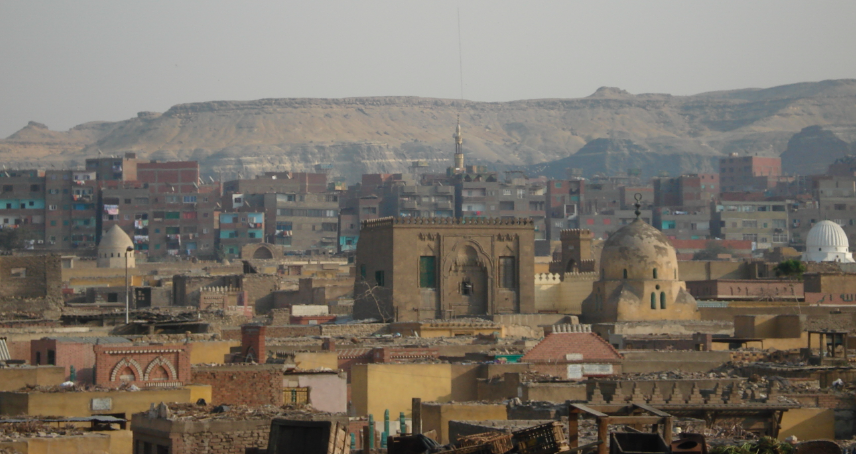 As much as I don’t fear death, or the dead, there’s something inherently chilling about living in mausoleums, among the dead. Despite the supposedly huge number of inhabitants, the streets were oddly deserted. As I wandered around I was struck by the silence and the stillness. The rest of Cairo is a hectic whirlwind of chaos, loud traffic and bustling life. Within these quarters, time seems to have stood still. An odd breeze blows a piece of litter across the street; an old goalpost, torn and coated with dust hints of a hidden youth, nowhere to be found.

It was as if the people were hiding just out of sight, ready to come out again as soon as I moved on. Rather like the dead themselves, separated from us by a hidden veil. 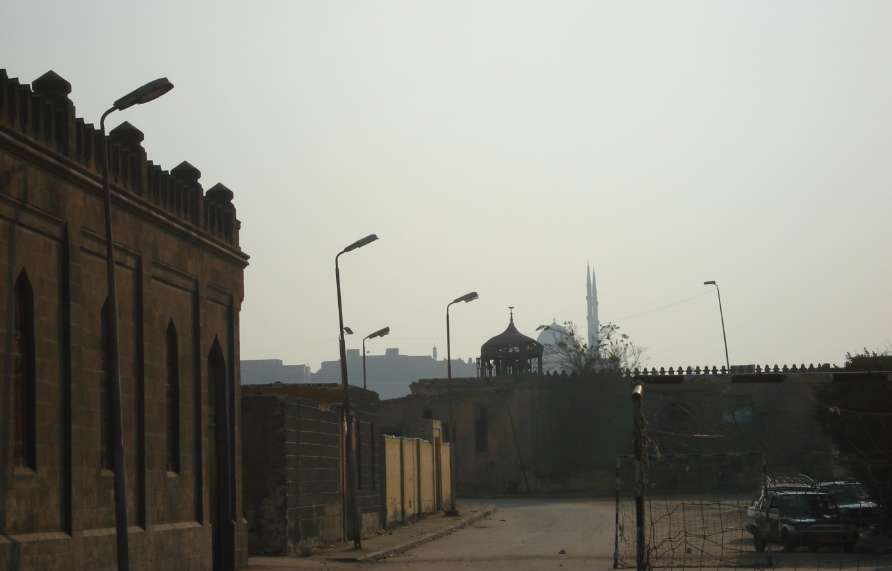 Despite the utter lack of ‘normal’ houses, this cemetery has doubled up as a residential area for as long as it has been around. During the Caliphate era (600 AD) the custodians of the noblemen’s graves would live among them, as would the Sufi mystics who were in charge of the funerary services. Later on, some of the shrines became places of pilgrimage, and the cemetery had to develop further to accommodate the pilgrims needs. A part of the graveyard was dedicated to the graves of soldiers (who were previously slaves, freed by the Mamluk Sultanate rules). The soldiers would hold military processions and ceremonies and a number of palaces were built in the cemetery so that the sultans could come and watch them. 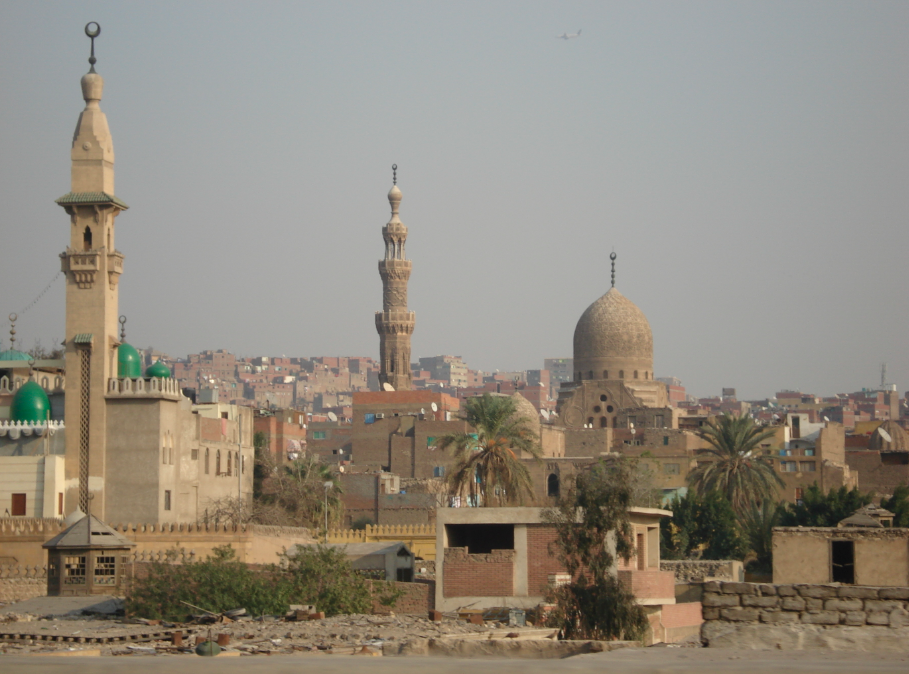 El-Arafa received many visitors in its heydey, both Arab and foreign. The Venetian merchant Emmanuel Piloti commented:

‘One mile away from Cairo is a city which is not walled, is as large as Venice, and has tall structures and short ones; in this city are buried all those who die in Cairo. Every Saracen and townsman has a building in this city.’

In the following centuries the tombs became a place of glorification of past rulers, the tombs often decorated with garlands of flowers; and then later a home for the poorest people of the city, as the middle classes moved out to peripheral areas. The graveyard is now more of a slum, filled with refugees from earthquakes and those too poor to live anywhere else. A far cry from it’s glorious days. 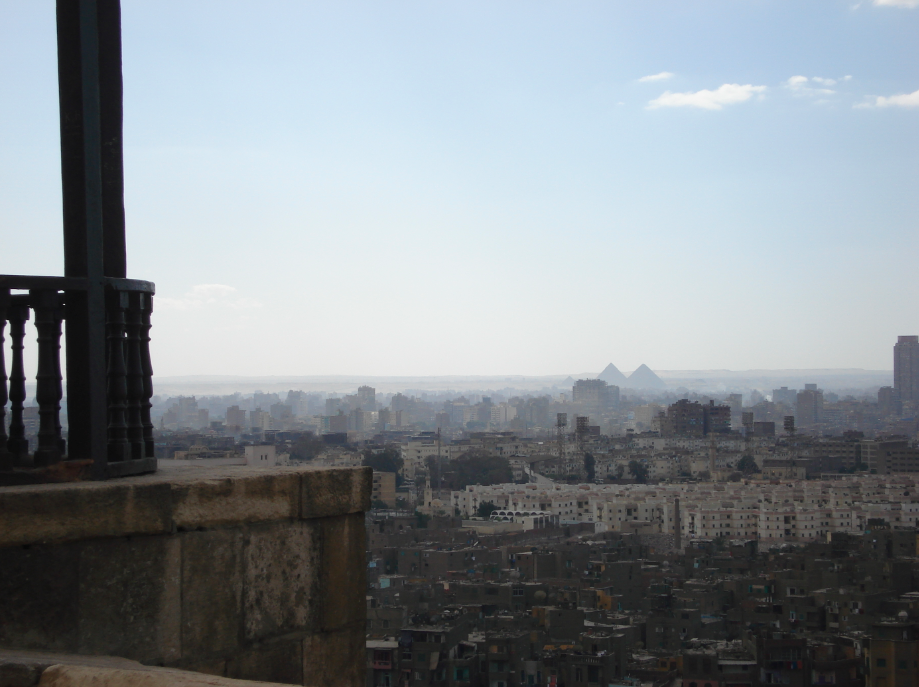 Climbing up to the Citadel of Salah ad-Din and the Alabaster Mosque will give you an incredible view of the city of the dead, the city of the living and the tombs of the Pharaohs in the distance. Both the dead and the living all together in one urban sprawl – layer upon layer of history and so many lives and stories, all intertwined. It was beautiful.