While lazing away summer days on the Macedonian side of Lake Ohrid, it’s hard not to gaze out across the vast azure waters of the lake and not wonder what lies beyond.

So, we decided to combine our day trip to Trpejca and Sveti Naum at the south of the lake with a wander around Pogradec – the biggest city on the Albanian side of Lake Ohrid. 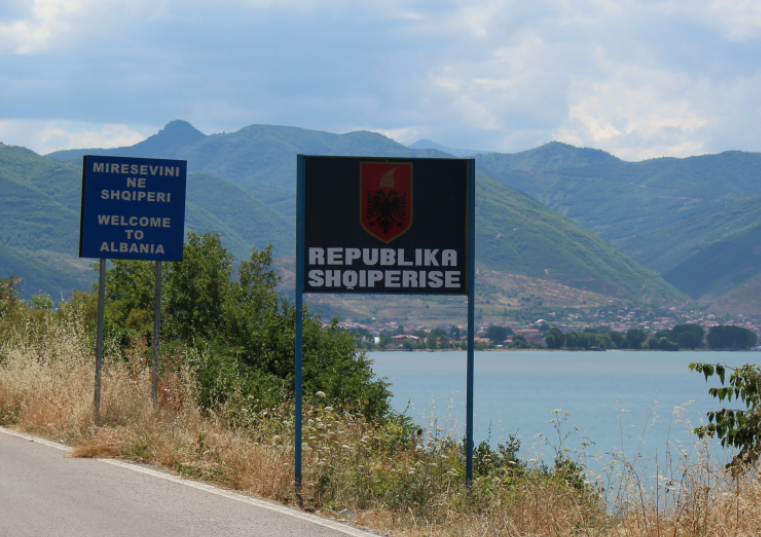 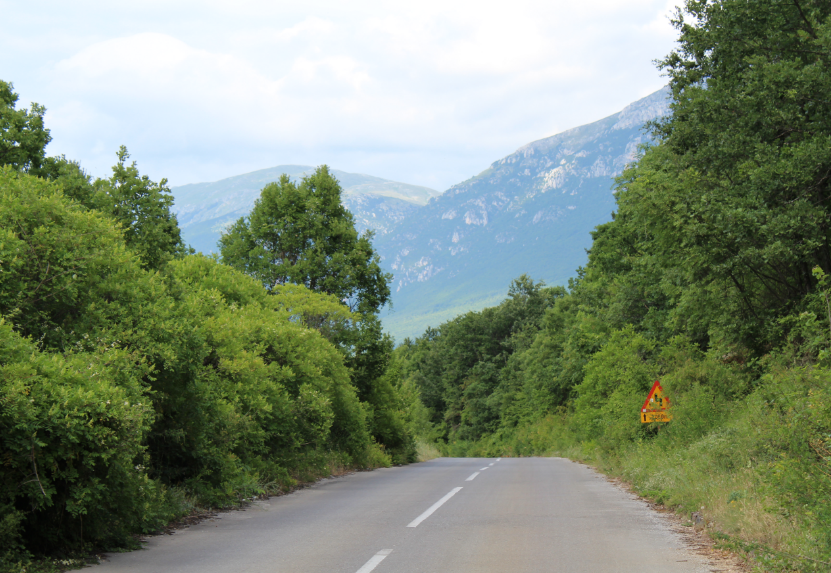 From Sveti Naum you can take a bus, or a taxi, to the Albanian border, beyond which they can go no further. It’s been a while since I’ve crossed borders by road (it’s so easy and cheap to fly these days) and I forgot that borders have two check points – first the Macedonian check, and then the Albanian. The border staff aren’t expecting foot passengers, and you’re ushered to walk along the road up to the car booths to show your passport. After the first check it’s about a 10 min walk along a beautiful lakeside road until you reach the Albanian checkpoint – and I was delighted to discover that I got my passport stamped! Small things… 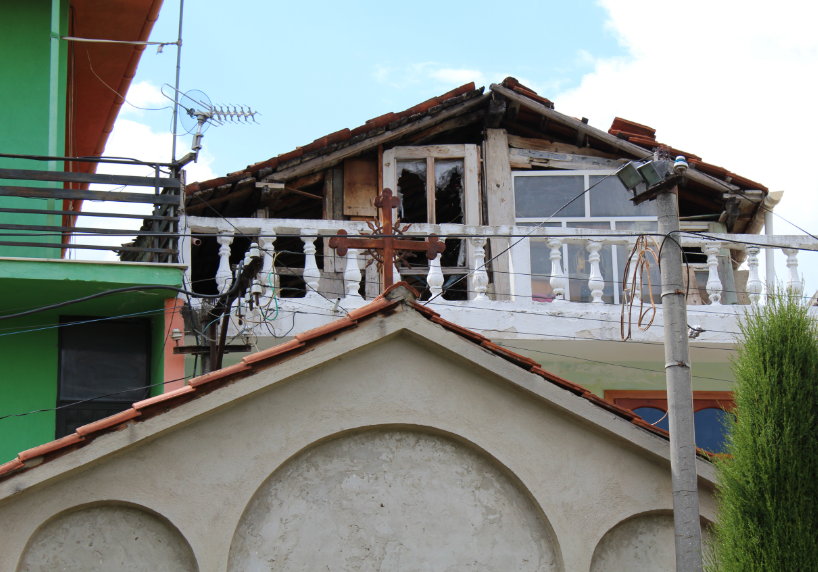 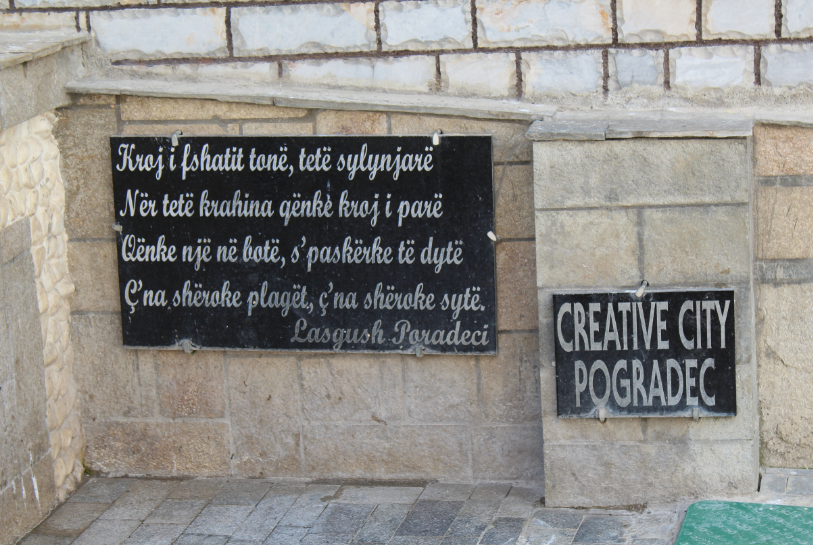 The border staff were really friendly, not at all like the usual border staff in airports, no doubt they’re happy to see tourists travelling around their somewhat unknown countries. As soon as we passed the Albanian check, we found a few men lurking by, with old, beat up cars, waiting to offer their taxi services. From our experience it seemed that the level of English spoken is significantly lower in Pogradec than Ohrid – so be prepared for a lot of hand gestures! When hunting for an old church, we got directed to a hospital because I gestured the shape of a cross!

After Ohrid, Pogradec was a bit of a shock. The tourist industry seems non existent and the town is completely devoid of any old buildings or your typical sights. It’s a quiet town that trundles along peacefully with domestic tourism in summer propping it up. 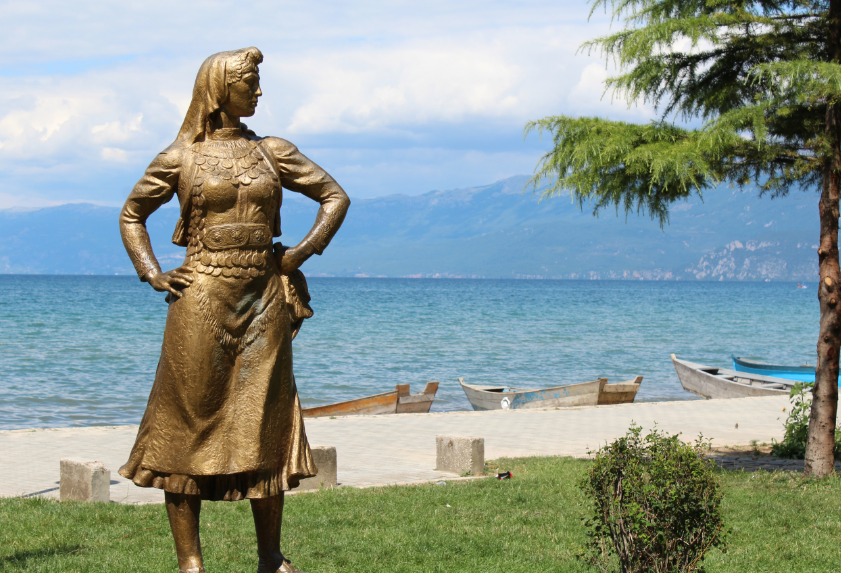 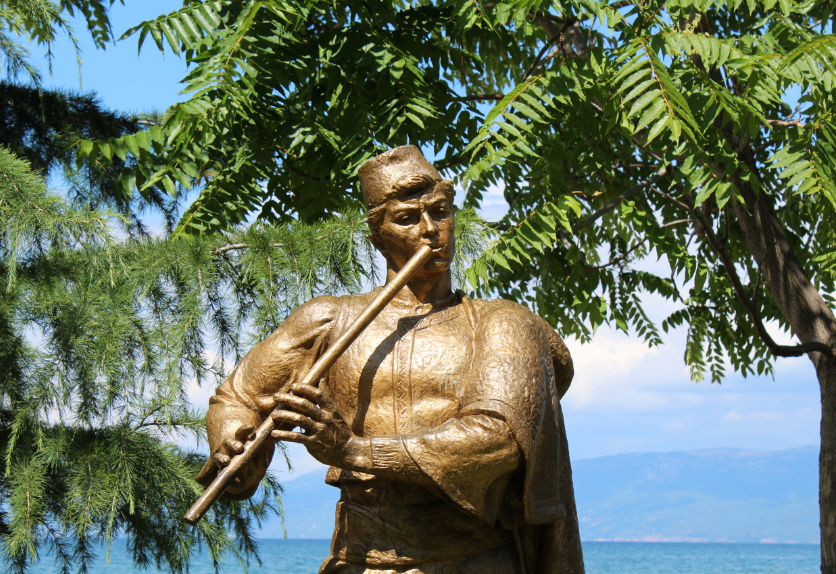 The first thing I was taken by were two golden statues by the waters edge – a strong peasant woman standing proudly upright, her hair almost blowing in the lake shore wind, and by her side – a male partner, just as golden, playing a tune on his pipe. There was something almost magical about these statues – perhaps they reminded me of the Fountain of Magical Brethren from Harry Potter!

We headed first to the tourist office to see what we could do in Pogradec, to our delight the man who worked there spoke perfect English! However he told us quite plainly that there was nothing to see in Pogradec and that if he was us, he’d just leave. While being incredibly funny, I was really quite taken aback – it was the first time a tourist office had told me not to bother visiting their city. 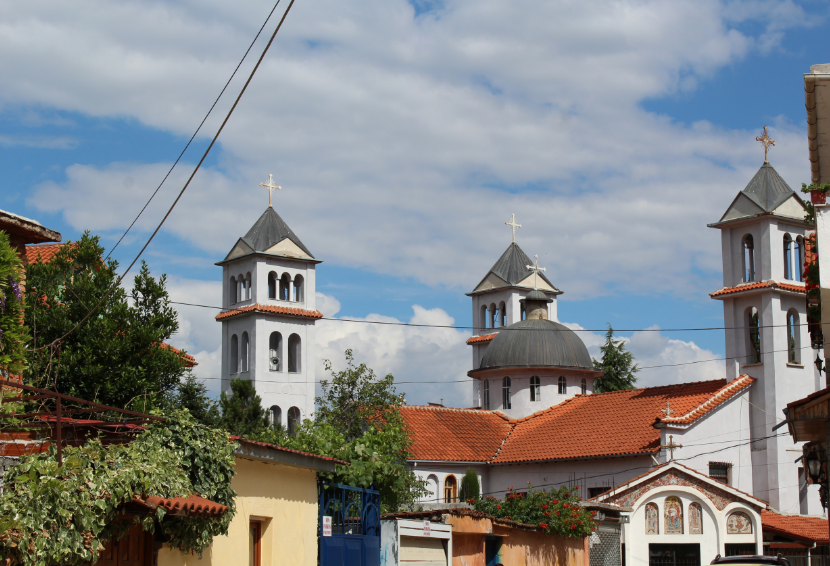 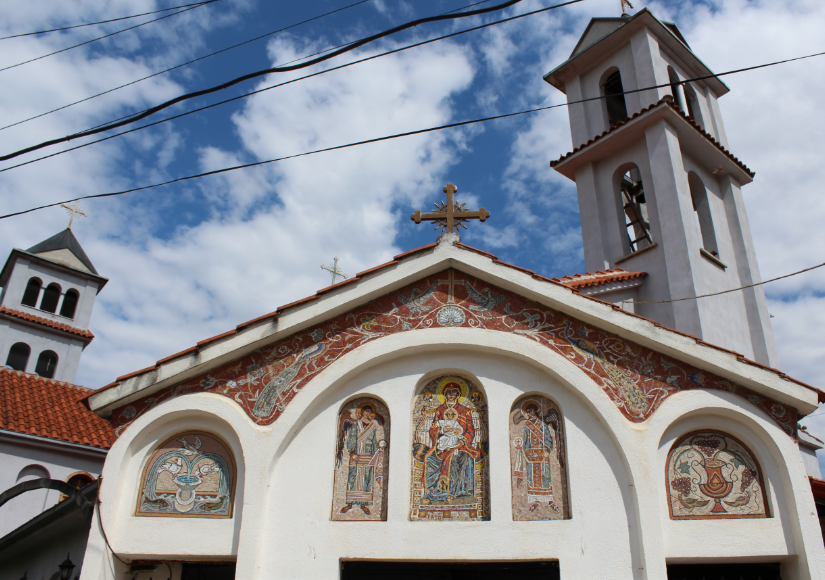 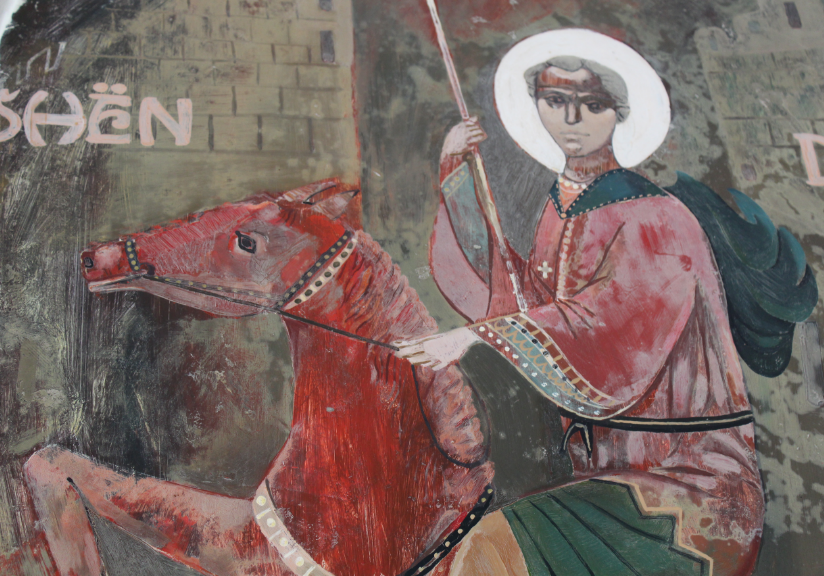 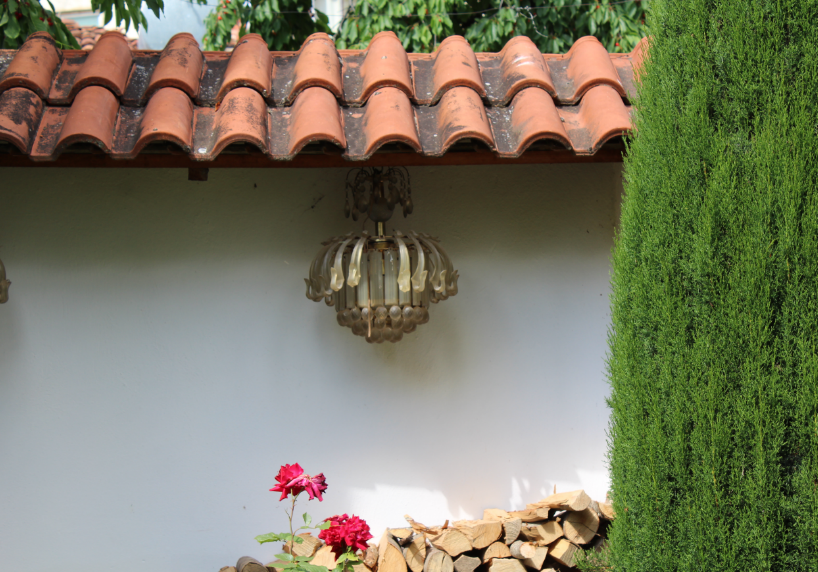 So for the next few hours we just wandered around, soaking up the feel of the town. We didn’t see anything really special, but we did have a delightful conversation with an elderly lady while trying to find the church. Despite speaking no English, we managed to have quite a long chat. We exchanged names, ages.. She asked my other half what sport he did after feeling up his upper arms with a little giggle! She invited us into her house for a drink and even wanted to exchange addresses so that she could have some British pen pals!

When she eventually led us to the church, we found it shut, however we walked around the quiet, peaceful garden which was home to rambling roses and never-ending secret tortoises, taking in the beautiful but violent paintings of Saints and devils that adorned the outer walls.

While not every place you visit is a honeypot of beauty and charm, you can still have a wonderful time with chance encounters with the local people. 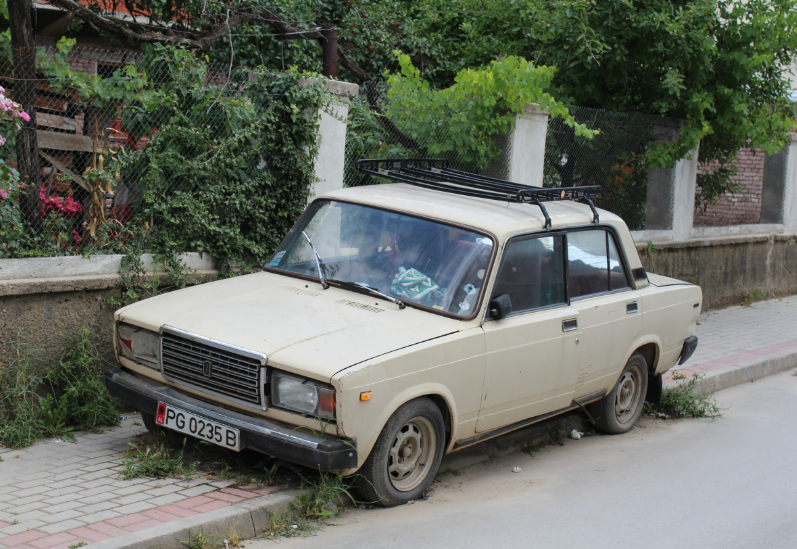 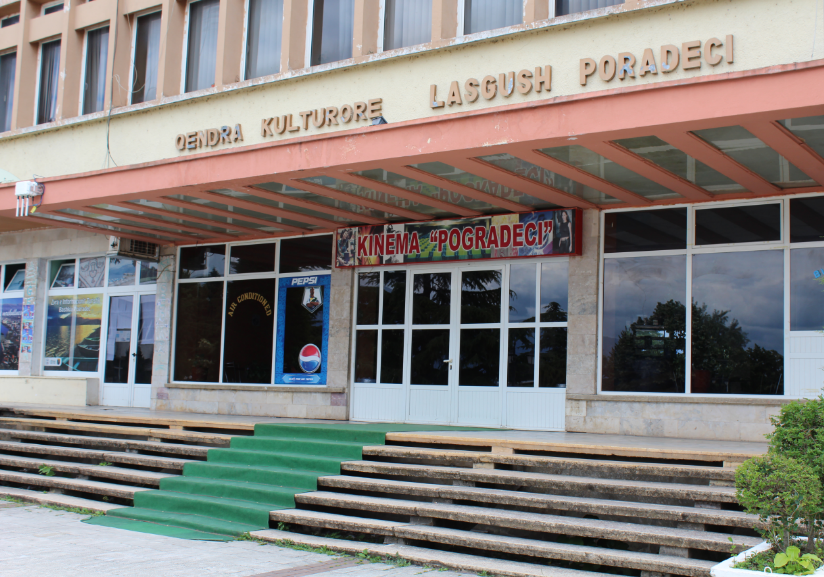 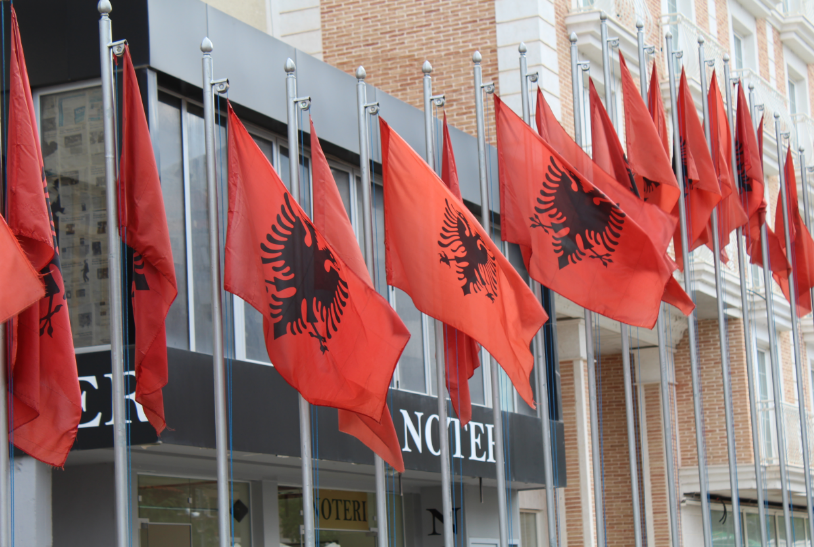 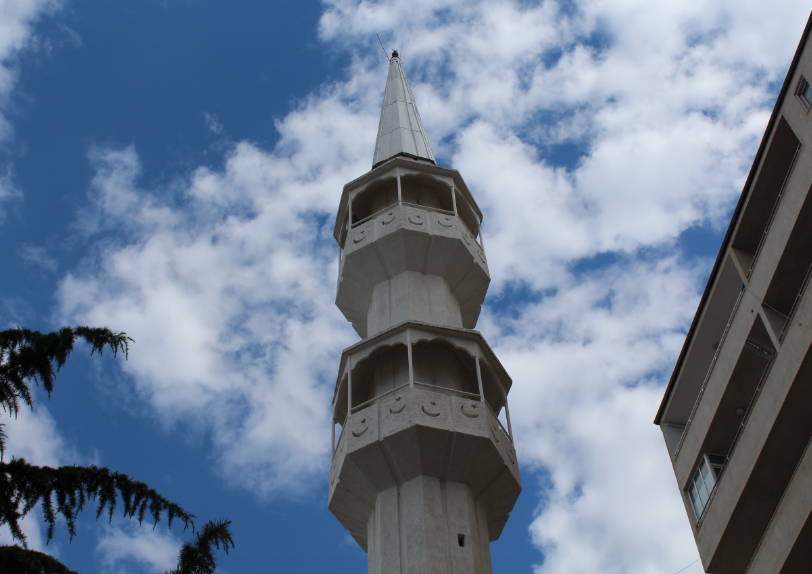 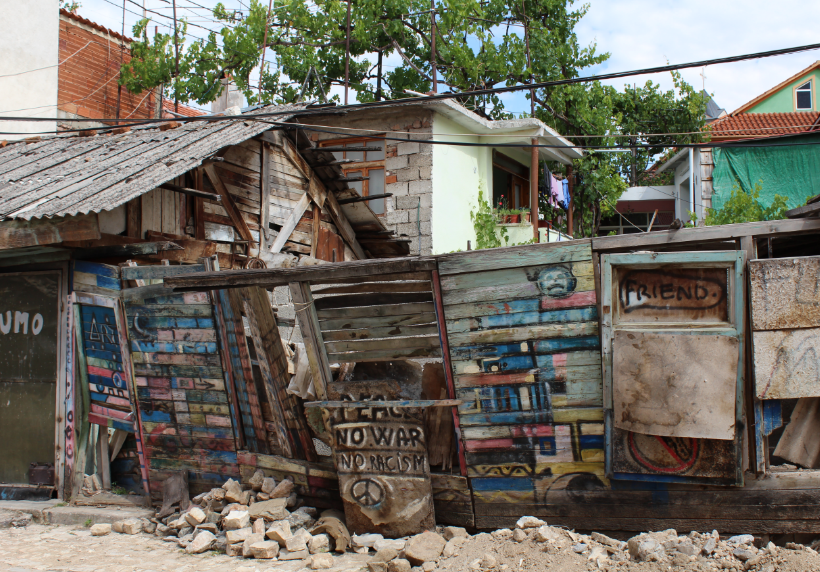