Verín is a small and quiet city in Galicia, to the northwest of Spain, surrounded by the Monterrei wine region, but with diminishing agricultural importance. The only real reason to come here is to visit the imposing Castillo de Monterrei that looms over the city like an ever watchful, ageing guardian.

Once upon a time, this Castle played a very important role in the Portuguese-Spanish wars with it’s strategic place on the border. These days though, all the castle has to battle are the vicious winds that can whip in in an instant and the raging summer forest fires that create clouds of black smoke. The castle has been partly renovated and transformed into a Parador – the crème de la crème of Spanish hotel chains. With it’s views across the valleys, it’s a beautiful place to stop off at while driving around Spain. And even if you aren’t spending the night, the staff are more than happy for you to wander around and enjoy this piece of history. 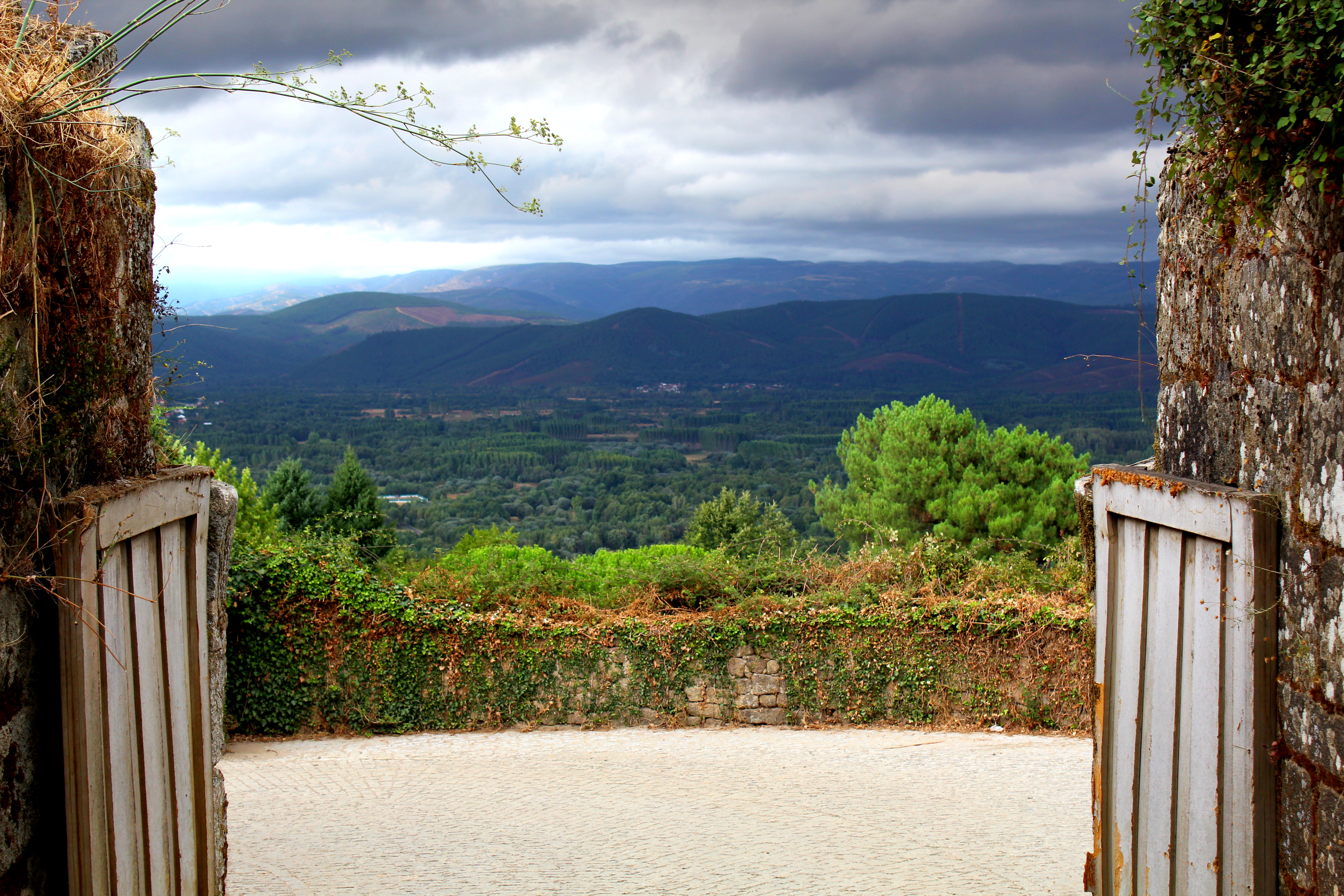 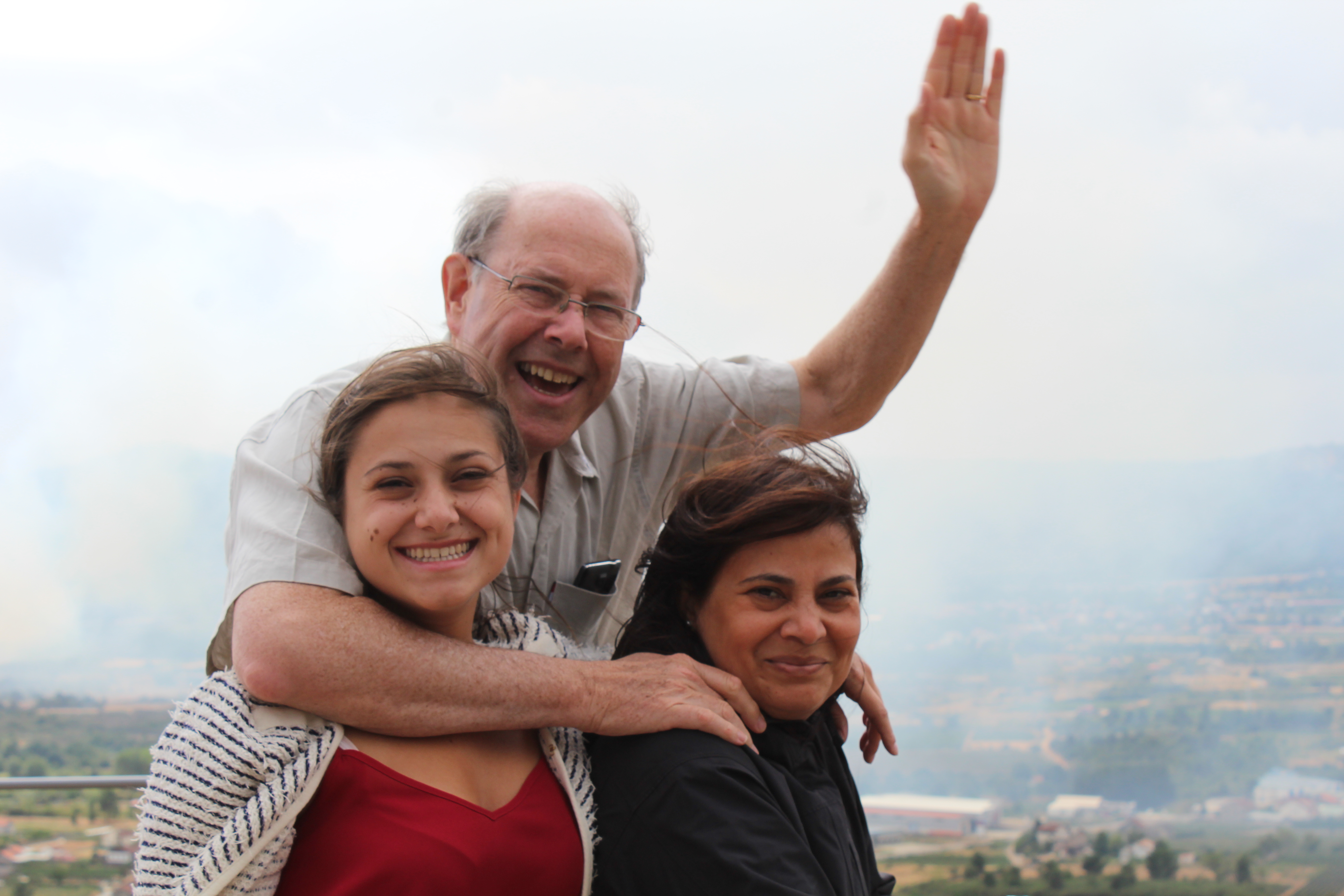 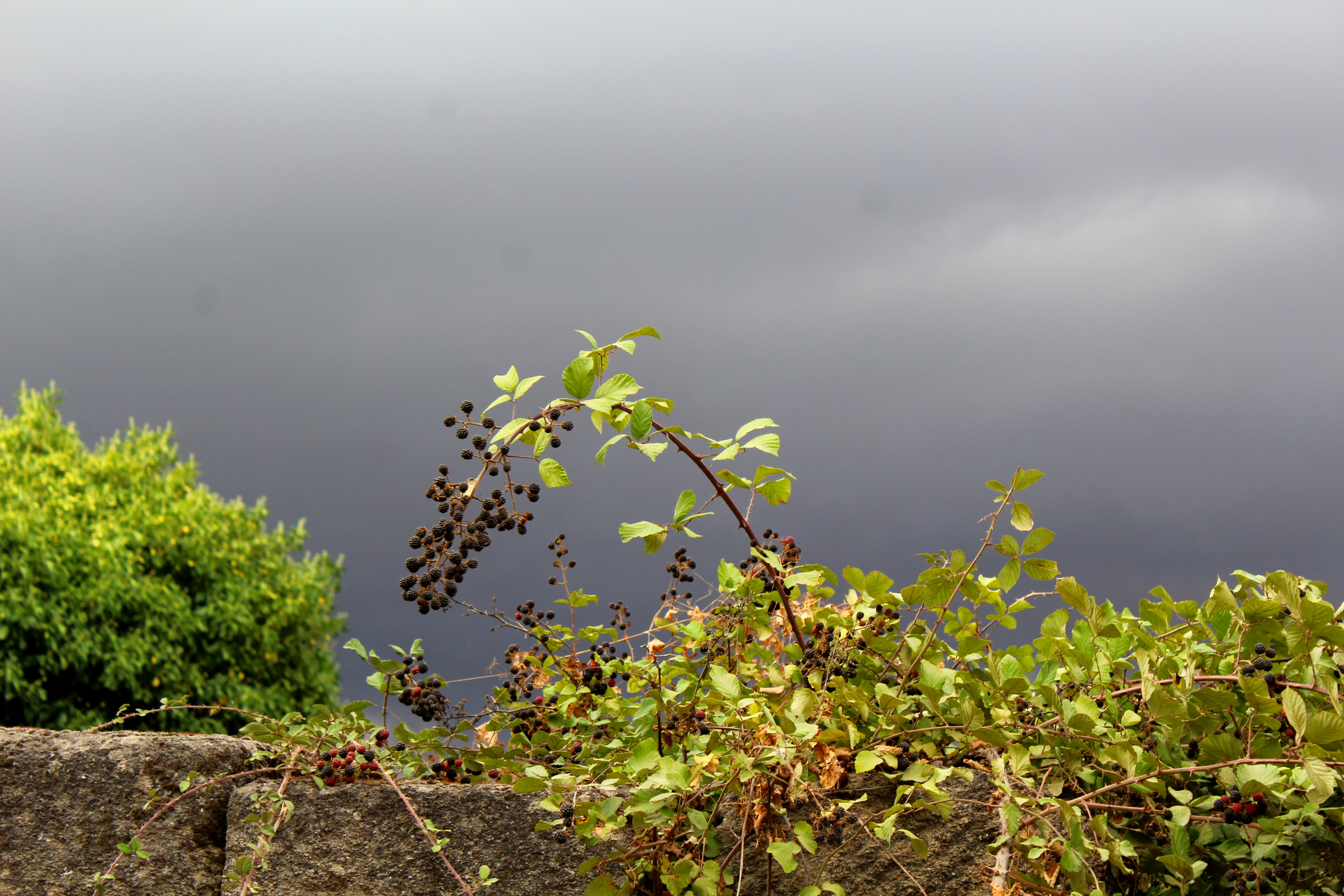 If you cross the border into Portugal, look out for the lights of the Castillo de Monterrei, which can be spotted for miles on clear nights, a warning to the Portuguese or a safe haven to those in Spain. Originally the fortress also contained a monastery, a hospital and a small town which were abandoned in the 19th Century leaving the castle all alone. 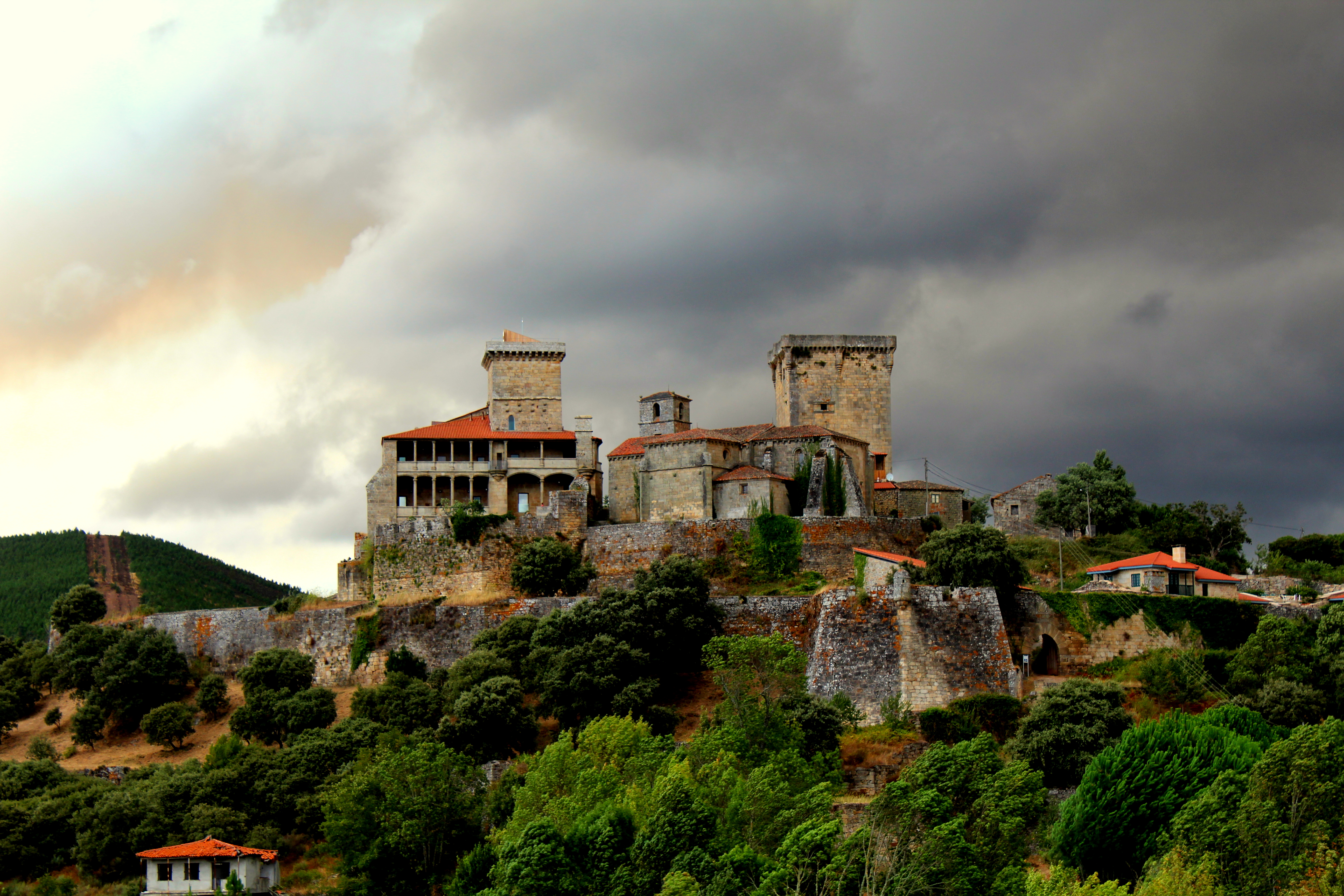 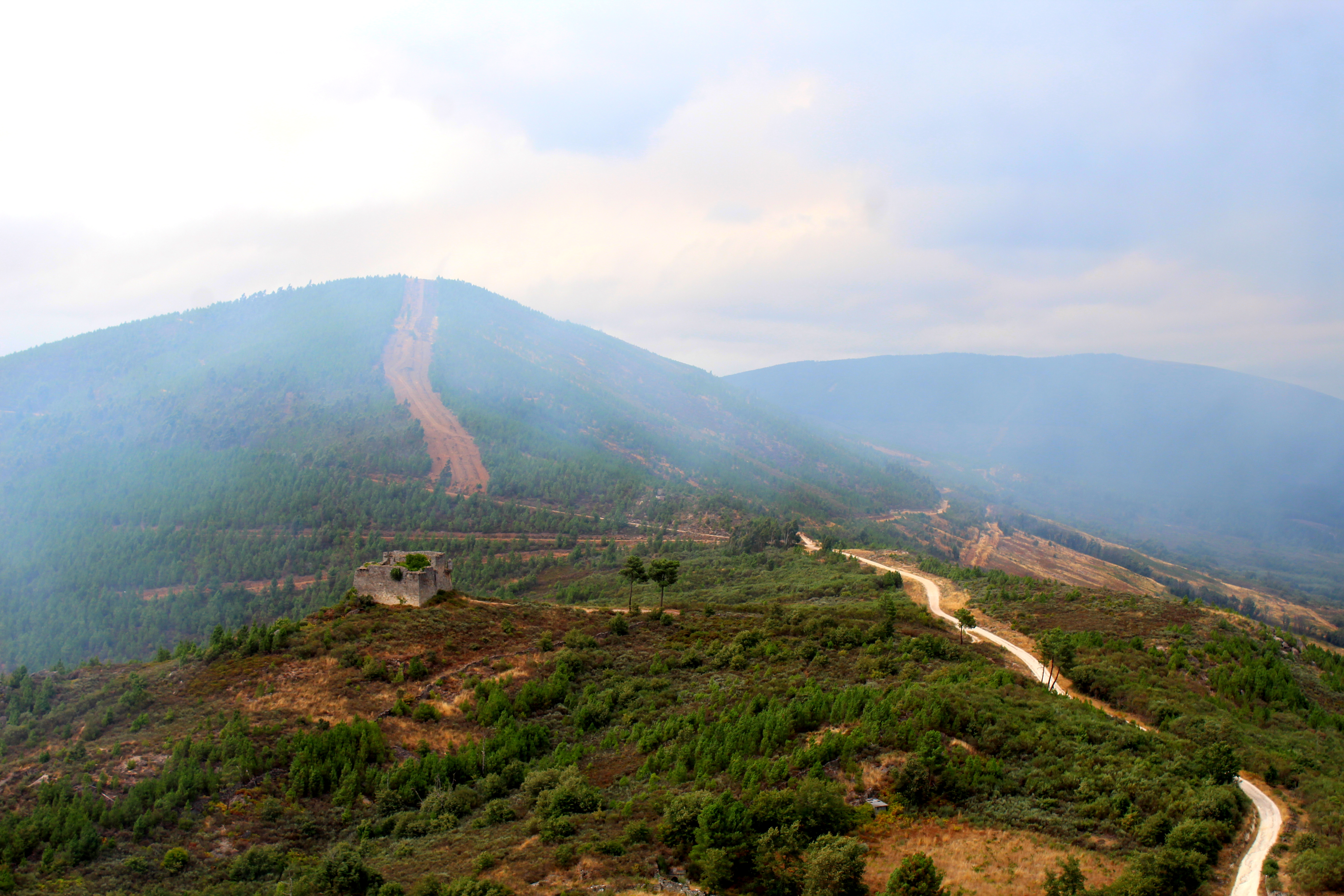 If you’re in Spain during the carnival season, Verín is one of the best places to witness a very unique type of carnival.The protagonist of this carnival is El Cigarron – and the costume in which the locals dress to bring this unusual being to life is truly bizarre. The mask worn by the Cigarron is wooden and painted with bright colours and topped with a sort of Bishop’s Hat of metal, hand painted with a creature across it (either a wolf a lion or a cow). Behind it’s coated with a fur (usually synthetic these days, but of cat, fox or wolf in the days of old). The costumes are all hand made in the town of Verín and special classes to train the local people are held every year. The Cigarron also wears a belt made of cow bells, a large handkerchief across his shoulders and white knee high socks – the costume weighs a staggering 25kg! In order to carry such a heavy weight and be able to entertain the crowds you must have the Cigarron in your blood – the tradition is passed from father to son. What wasn’t clear to me from my trip to Verin is exactly who El Cigarron is – this oddly dressed character who dances through the town with a whip, collecting coins. Was he reminiscent of the Conde de Monterrei’s debt collectors? Or is each Cigarron a symbol of the animal within each of us, entangled with tales of the fecund earth, gods and evil spirits in a prehistoric dance. The animal painted on the hat thus a totem – I’d like to follow that theory – though I don’t think anyone really knows where this character came from! A little mystery always adds some excitement. 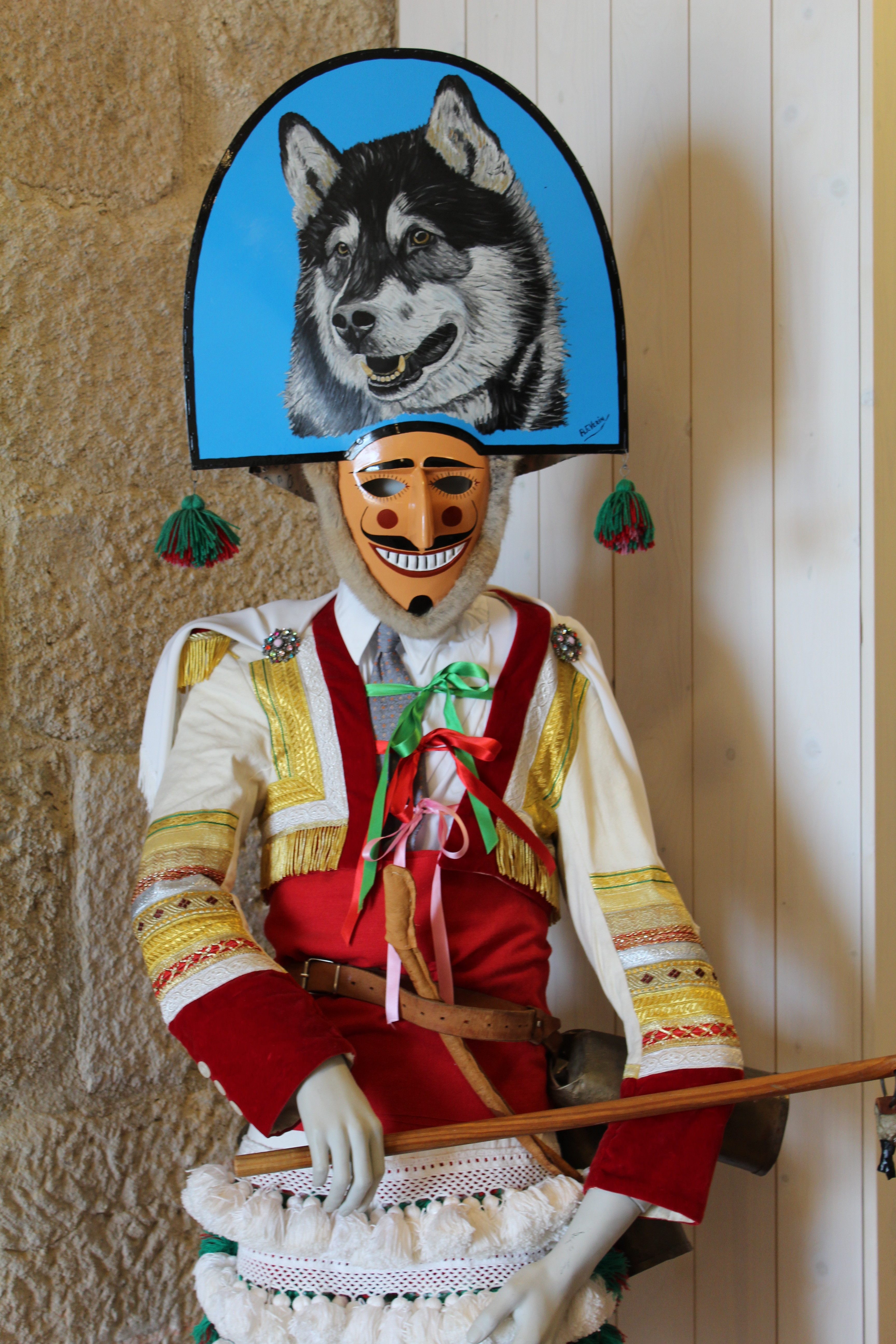 I wouldn’t suggest you visit Spain and go out of your way to find Verín. But if you happen to stumble upon it, make your way up to the castle for the wonderful view, and keep your ears alert for the sound of cow bells and a cheeky wooden mask face!