I’m slowly working my way through the Telegraph’s list of London’s most unusual museums. Obviously there are some that are disappointing, some that I’m skipping over (Dentistry Museum) and some, such as the Scotland Yard Crime Museum, that aren’t even open to the public which is incredibly frustrating!

Yesterday I visited the Old Operating Theatre by London Bridge and it was one of the most fascinating museums I have been to in London! 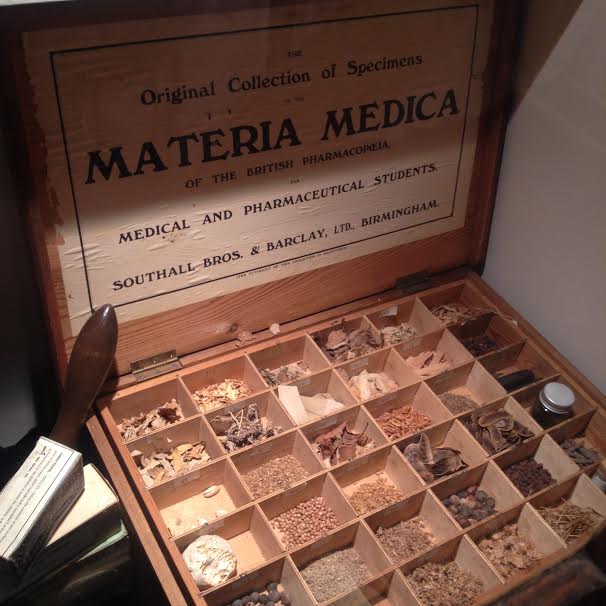 Admission is £6.50 but half price (£3.25) if you have a National Trust Card, which I luckily do! The Herb Garrett and theatre are located in the eaves of St. Thomas’ Church.

The original entrance to the theatre is now bricked up as it leads to another building. The only way to access the garett and the threatre now is up the bell tower stairs – a tiny, wooden spiral staircase that you have to cling to a rope while climbing up to make sure you don’t lose your footing! Everything about this museum is exciting! 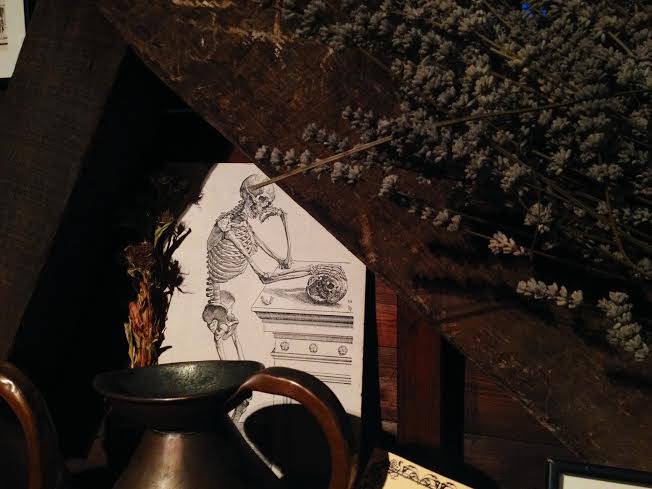 The herb garrett dates back to 1703 and was used by the hospital’s apothecary to store herbs used in medecines. The herb garrett could still pass as an apothecary today with pestles and mortars scattered among pill makers and a range of different herbs – rose petals, star anise, sugar cane, belladonna and poppy seeds for opium – as well as a strange assortment of animals parts such as deer horn, snake skin and leeches. However the garrett is now also home to a fascinating collection of surgical instruments: forceps of all shapes and sizes, leech jars, scarificators, very early examples of operating tables, chloroform masks, and a nurse’s chatelaine. 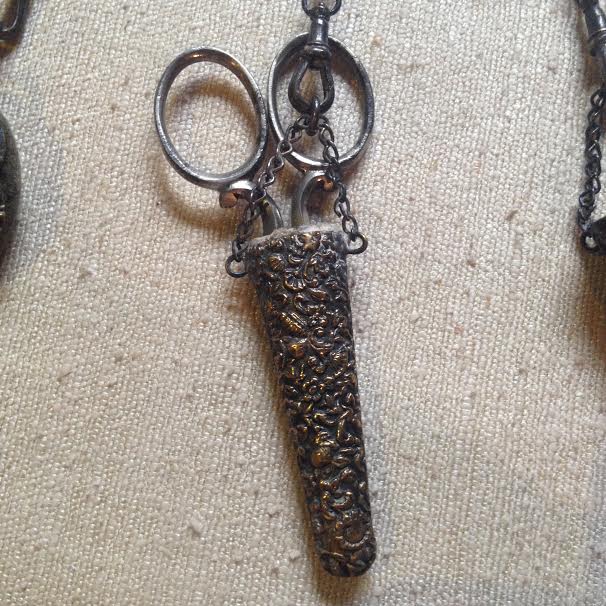 Detail of a Nurse’s Chatelaine from St Guy’s Hospital

Operations on women were previously conducted in the ward which was very limiting and also caused much distress; the Operating Theatre was built in 1822 as a remedy. Part of the herb garrett was converted into a teaching theatre and a skylight was built to further specialise the space. This was before surgeons had access to anaesthetics and depended instead on swift techniques and opiates such as alcohol to numb the patients senses, which meant that internal surgeries were limited. However surgeons could perform amputation, lithotomy and trephination. Although a skilled surgeon could perform an amputation in under a minute, young doctors would sometimes hack at bloody, mangled limbs for much longer. Antiseptic procedures were introduced in 1865, after the operating theatre was closed. 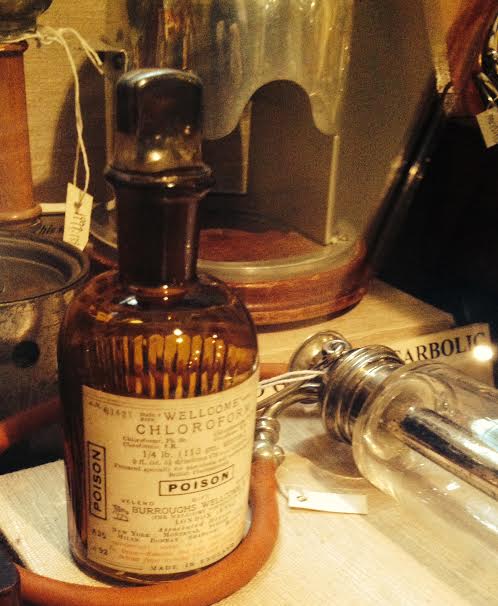 When the operating theatre was installed in 1822, new floorboards were laid over the earlier 1703 floor. Between the two floors is a space about 7cm deep packed with sawdust, preventing blood from seeping through to the church ceiling below.

I have promoted the Old Operating to one of my favourite museums in London and I would strongly recommend everyone to stop by. I suppose it does help that I am fasinated by medicine, diseases and surgeries! If I had to pick the one thing I learned that most tickled me, it would be the fact that the surgeons would perform the surgeries wearing frock coats and sometimes even top hats. Neither of these were ever washed and were described as ‘stiff and stinking with pus and blood’. Delightful! 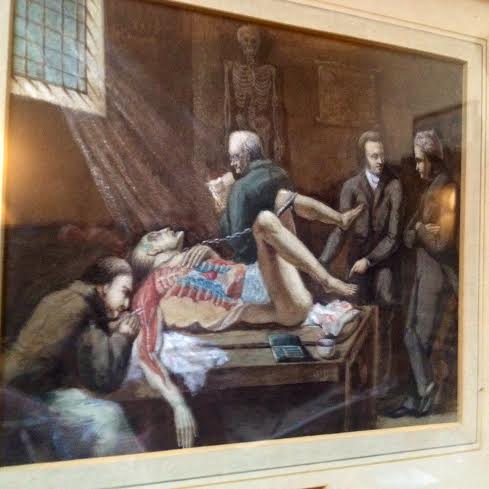