Castilla y León, the largest province in Spain, is also the region of the world with the most World Heritage Sites. The famous Aqueduct of Segovia, the Medieval Gate of Burgos, the megalithic Verracos and the ancient University of Salamanca must all lay claim to your time when visiting this region. However, try and take the winding roads there, try and get lost in the backwaters (or backdeserts?) For almost every single small pueblo, though nothing more than a mere dot on your map, has something beautiful to show, and in a way it’s all the more special because you weren’t expecting it. My father has a knack for sniffing out new places for us to visit. Every time we think we’ve run out of charming, unique villages just a day trip away from Madrid, he comes back with another name, a new destination.

This time my father had been studying the map, and noticed a small town in the meseta with roads leading into it from all directions, signifying historic importance. He Google imaged it and was stunned by the photos he saw. So off we went, like pilgrims seeking our next Holy Grail – Turégano.

The Castle is the first thing you see when approaching this unassuming small town, and my oh my, what a castle it is! Made of the local pink hued stone, it almost looks like the castle is blushing in embarrassment of its grandeur. Castilla is thought to mean ‘the land of castles’ though, so such a grand affair is only to be expected. 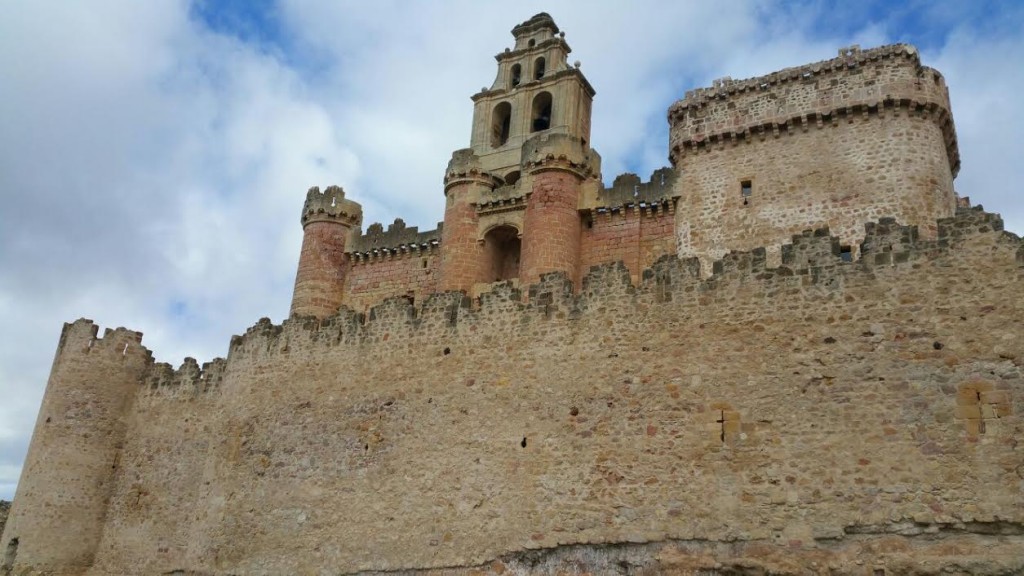 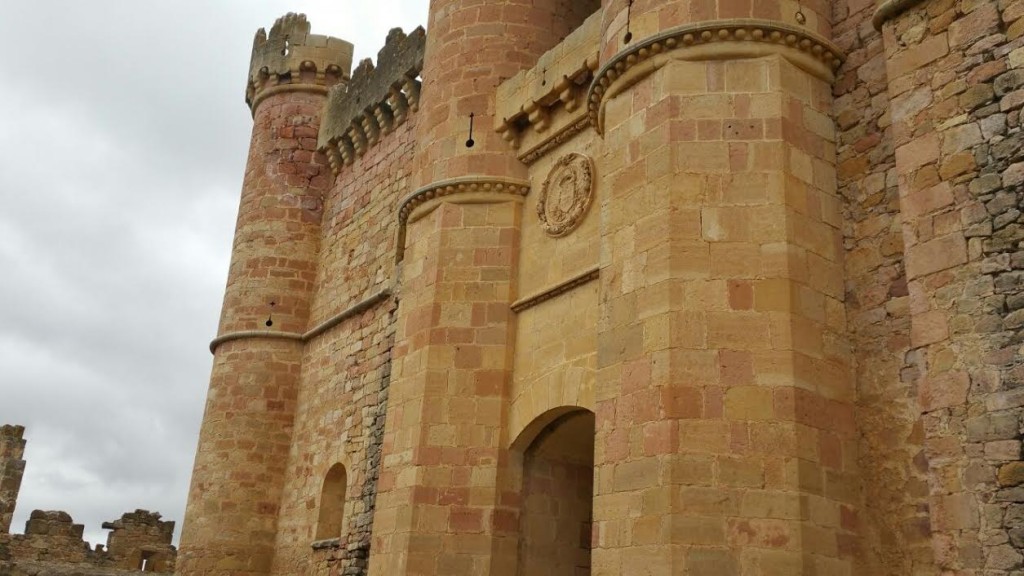 Though from the outside it looks a bit like a ruined shell, it’s surprisingly complete within, and well worth the €2 entry fee. Once you push open the ancient and incredibly heavy wooden doors, you’ll find yourself in a perfectly functioning church – La Iglesia de San Miguel (St. Michael’s Church). You can then wander up through a maze of seemingly never ending staircases until you reach the top of the castle, from where you can enjoy the beautiful view over the town and the meseta. If you look closely enough, I have no doubt you’ll be able to see some more castles on the horizon for this province is quite literally dotted with them. 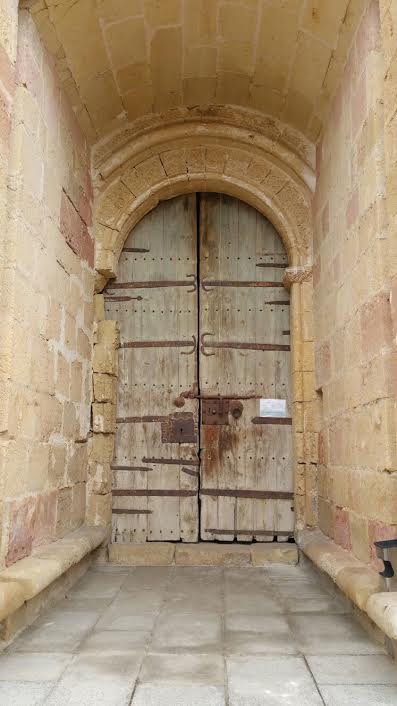 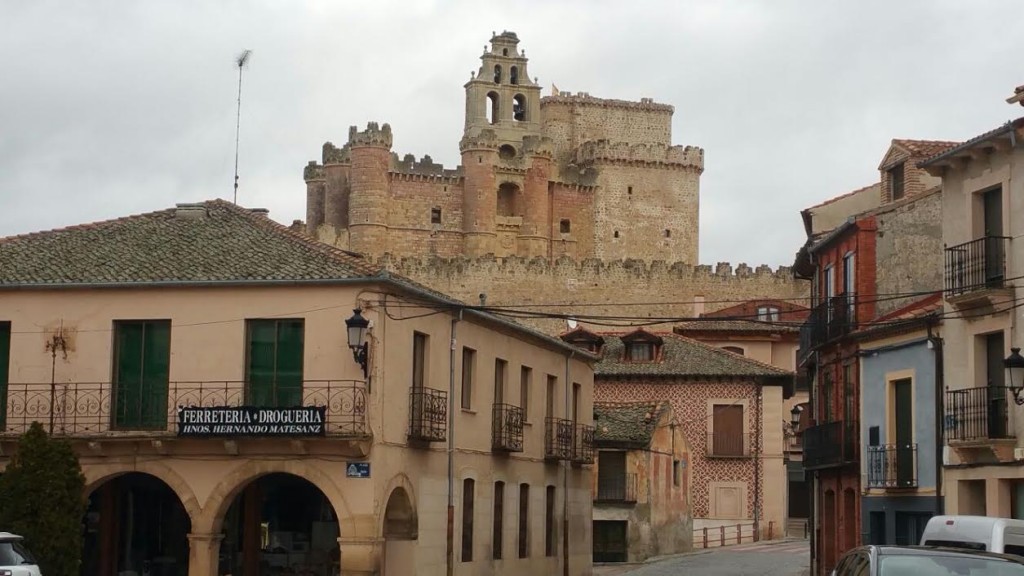 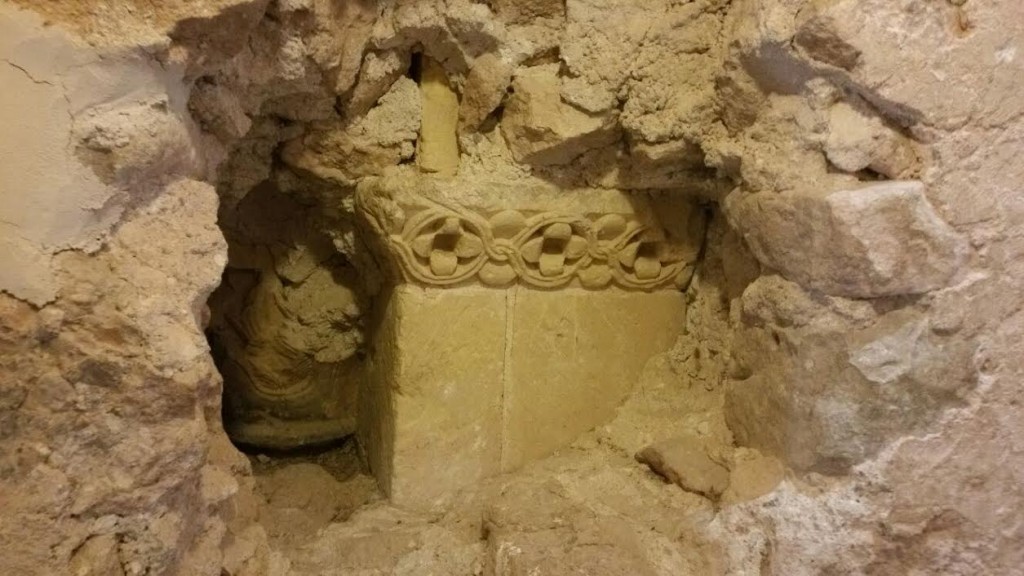 This is the main part of the Castle where you can really see some of the Romanesque architecture, particularly in the vaulted ceilings in the naves of the church, the columns and the capitals. Make sure to look out for the truly beautiful stone baptismal font, it’s missing it’s base but is still a very complete piece of the Romanesque style. 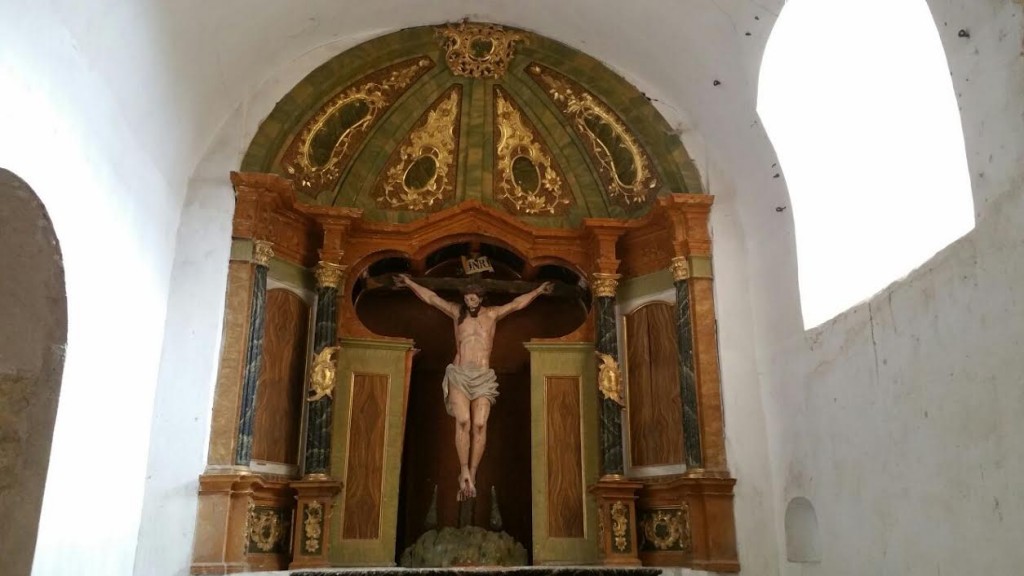 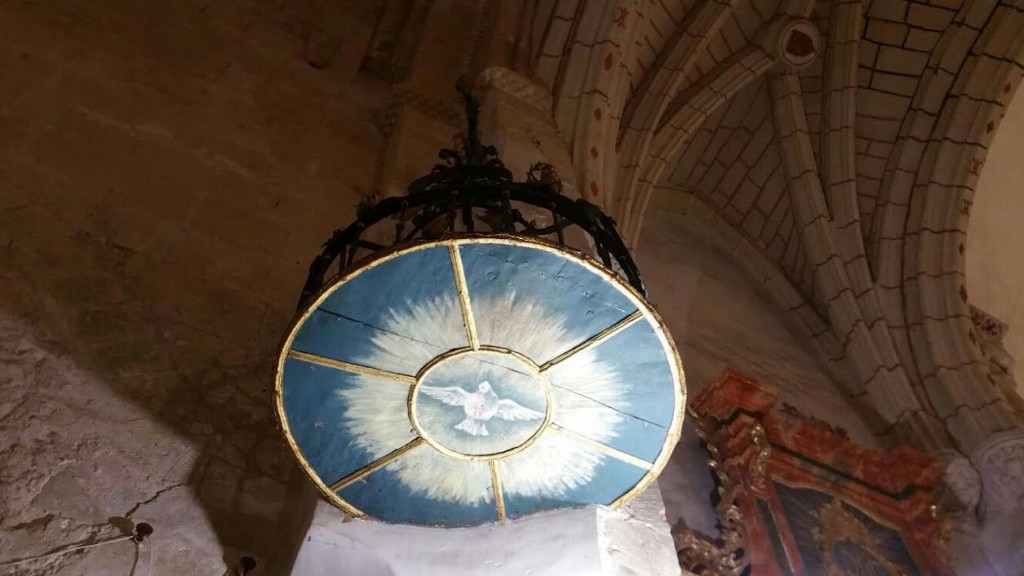 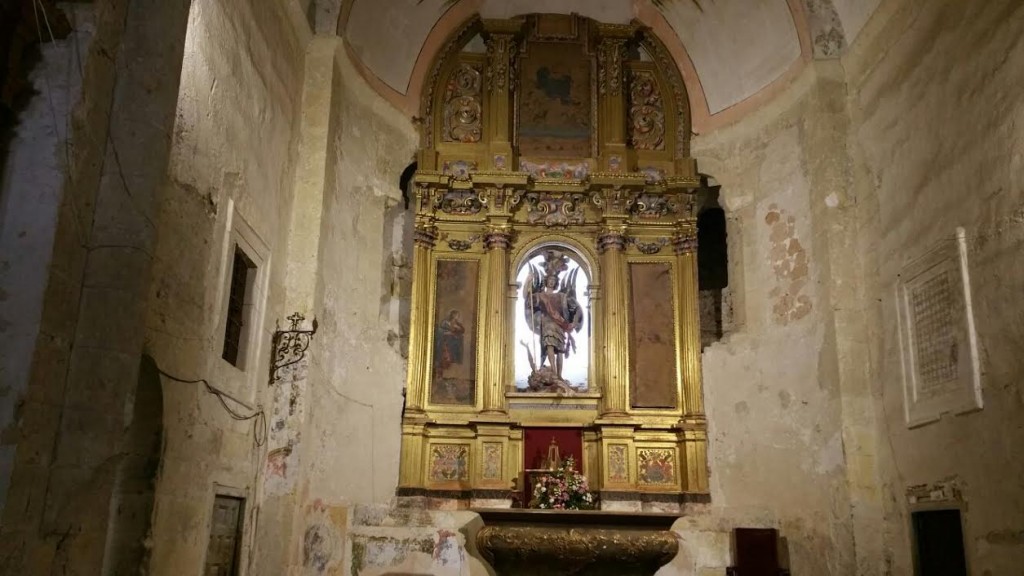 The castle is a cooking pot of different architectural styles, as additions were made, towers built on top of towers, as was the custom. You can still see remnants of the previous, medieval castle around the outer wall, so it’s definitely worth wandering around the perimeter to get a better feel for the site.

Grab a bite to eat

Once you’ve paid tribute to the castle, you might be feeling a little hungry, so wander down through the village to Posada La Casa Vieja. Most of the restaurants here will be serving similar dishes, but this place just had so much character I had to mention it. From the beautiful bar top dating back to 1905 – a marble slab with a sink carved into it that was used to rinse the glasses – to the antique photographs on the wall. When we asked the bar man if he knew anything about the people in the photos, he laughed a little and then nodded. My grandparents, my father and my aunts he said! One persons history is another persons life. The traditional dishes for this area are suckling lamb (cordero lechal) and suckling pig (cochinillo), both of which were highly recommended here. 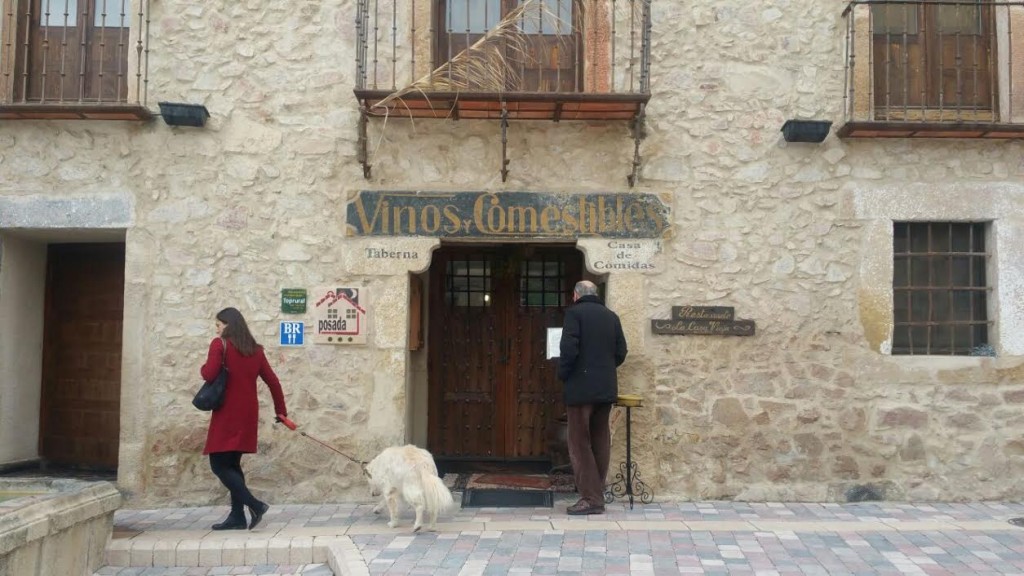 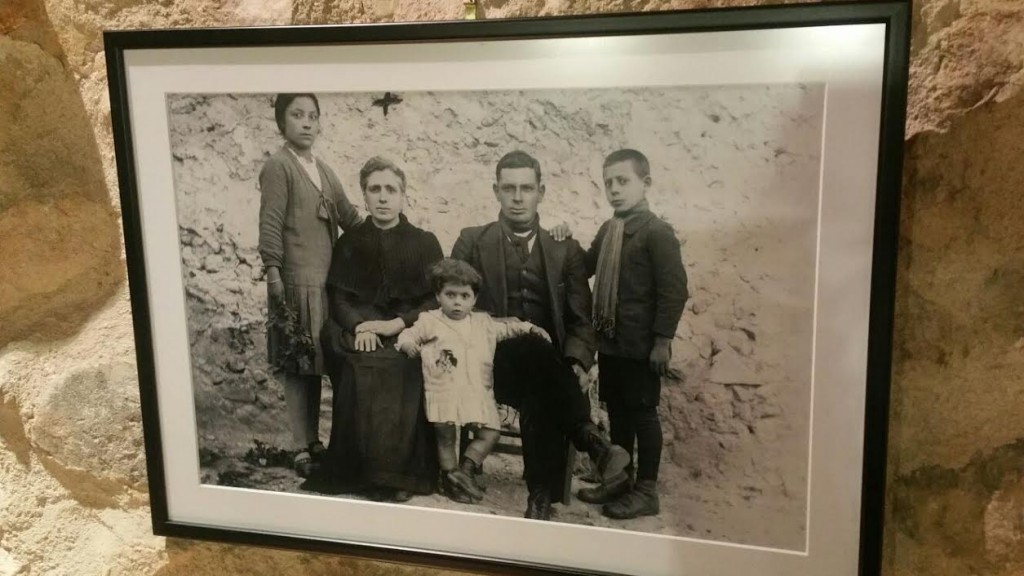 Walk around the Town

Digest your meal by taking a little walk round the town. Despite the fact that this place doesn’t receive many (if any) foreign tourists, it’s still pretty buzzing with locals and day trippers from Madrid.

On entering the town, there’s an interesting sculpture, an homage to the Corridas (running of the bulls) held here. A number of people seem to be under the mistaken impression that corridas only happen in Pamplona and that the practice is artificially buoyed by tourism. This is not the case at all. Every single little village and town in Spain, certainly the central Castilla region, has it’s own running of the bulls. Bulls, bull fighting and all associated activities are very much engraved in the history of Spain. It’s important to remember that it was only very recently that small places like this saw any foreign tourists at all: Spain was very closed off internationally for so many years. While bull fighting and running is considered ethically questionable now, it would be a pity to throw away the baby with the bathwater, the fascination with and love of bulls in Spain is unique to its culture. We have the bullfights to thank for the delicious rabo de toro (oxtail) stew! 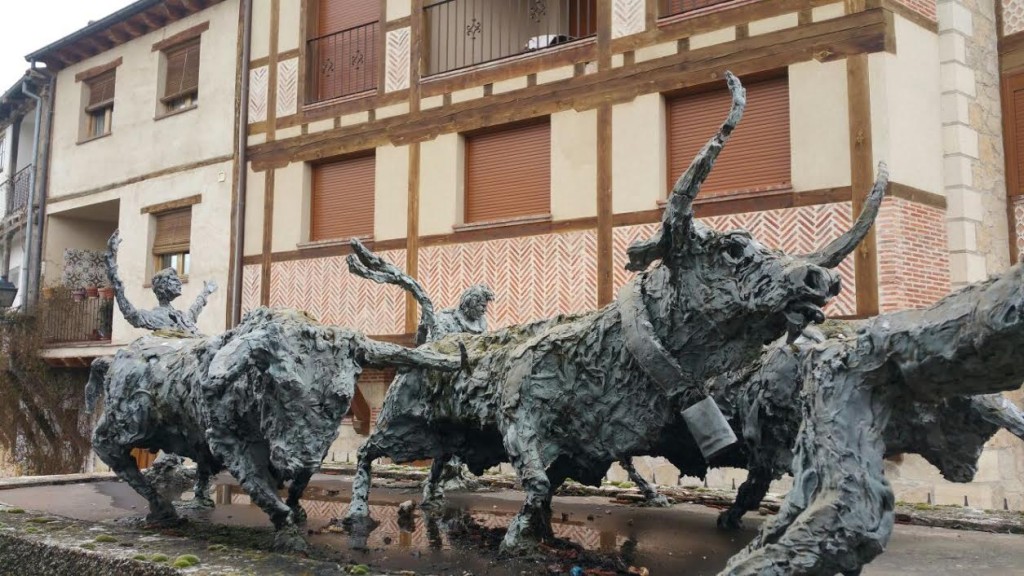 On weekends there’s a little market in the central Plaza. It’s a very functional market, clearly designed for locals, which made it even more attractive in my eyes. I’m more than a little sick of tourist markets selling knick knacks to put on a mantel piece and then throw out. This little market was selling some wonderful fresh produce – fruit and vegetables, as well as a whole stall devoted to embutidos – hams, chorizos etc. We bought a loop of chorizo and also a salchichon (like salami) made with boletus mushrooms, it was absolutely delicious and a very good price at just 6 euros! 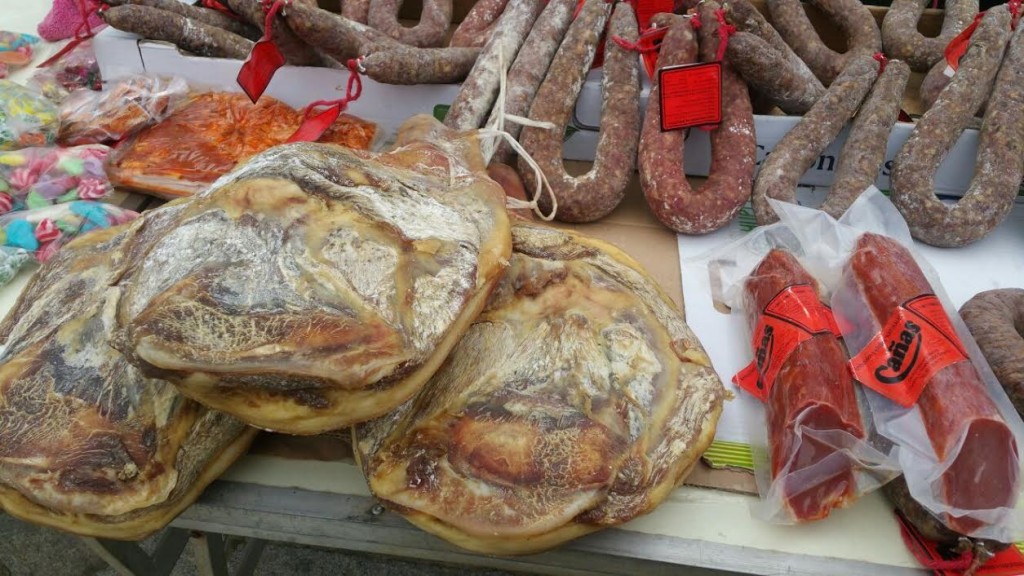 I love seeing vestiges of history when you walk around a town, and this little house had the word carniceria (butcher) designed into the balcony railings! 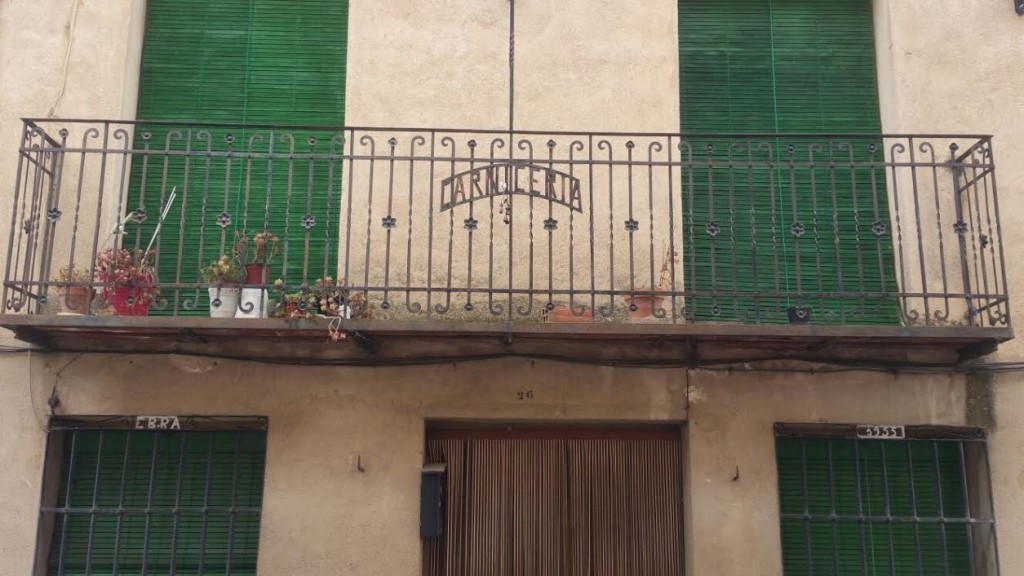 Another little thing we spotted while wandering around was this street name – Avenida General Franco. It’s very unusual to see open mentions of Franco in Spain. All his statues were taken down, and even in his own home/palace (El Pardo), his name is mentioned as little as possible in the guided tour. This region would have been the area that supported Franco historically, and in this forgotten town, the street name endured. 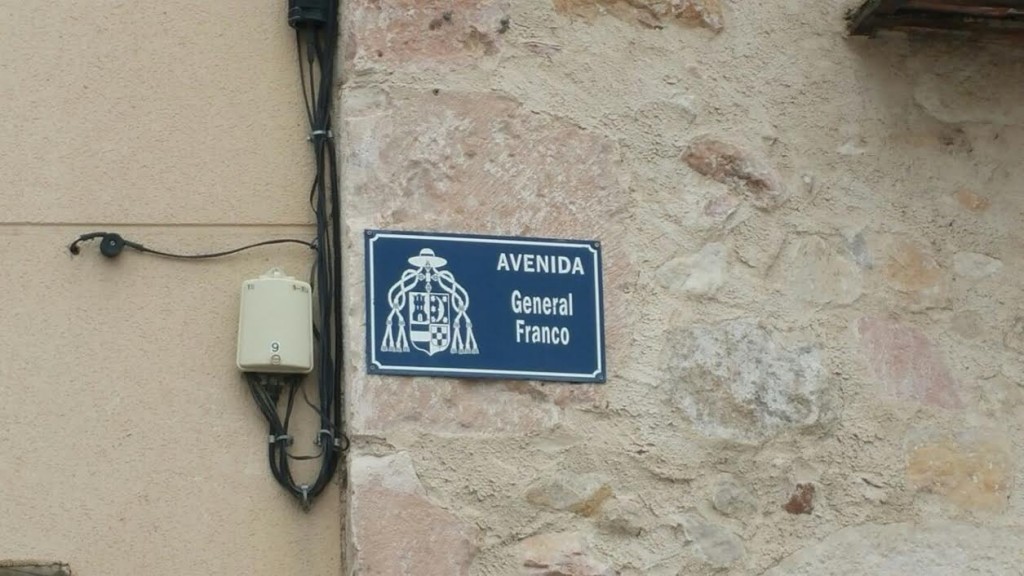 Before you leave, make sure to stop off at Antiguedades Pablo – a charming and unexpected little shop selling pretty much everything under the sun. From old cinema reels to beautiful wooden cabinets and antique books in every language. My find of the day was a black penitente hood (in the second photo below) with the red cross of Santiago. These are worn during Easter processions in Spain and are very, very traditional, despite looking just like Klu Klux Klan hoods. The processions themselves are incredible to witness, and I urge anyone travelling to Spain over easter to try and find one to go to (it won’t be hard!) 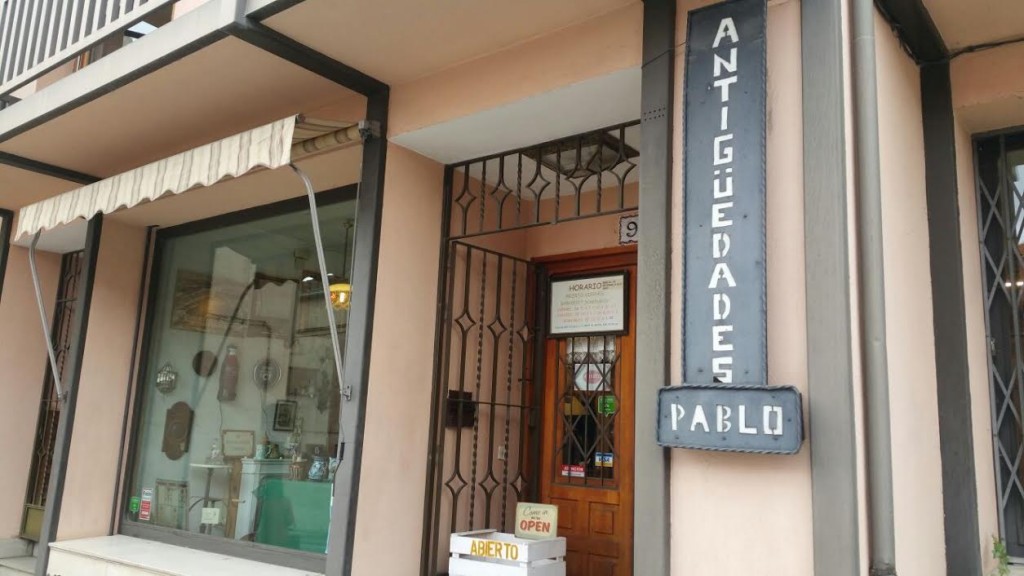 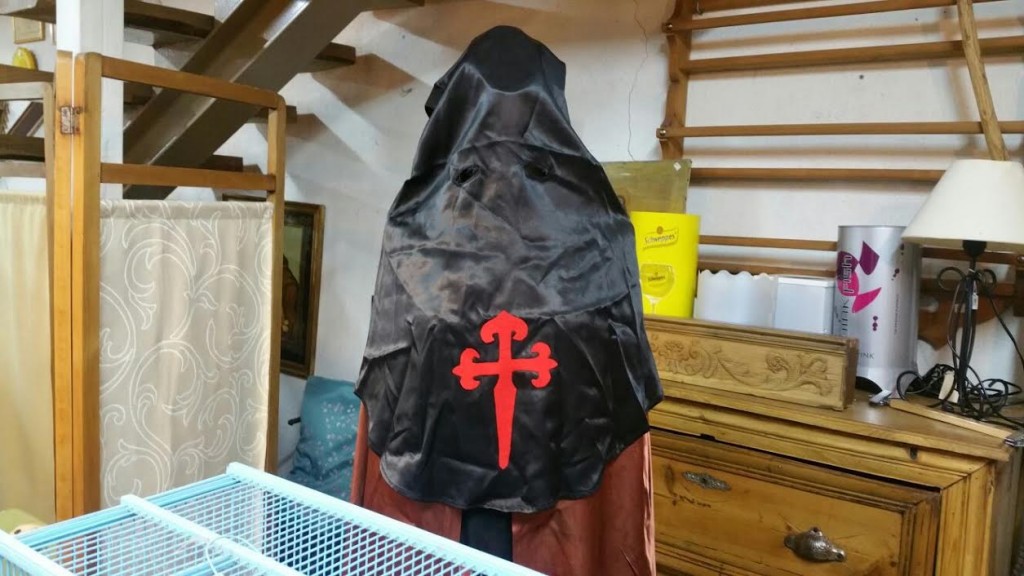 Turégano is a truly special place to spend a day, and I took away a lesson that there is much to be found on the pages of a map!