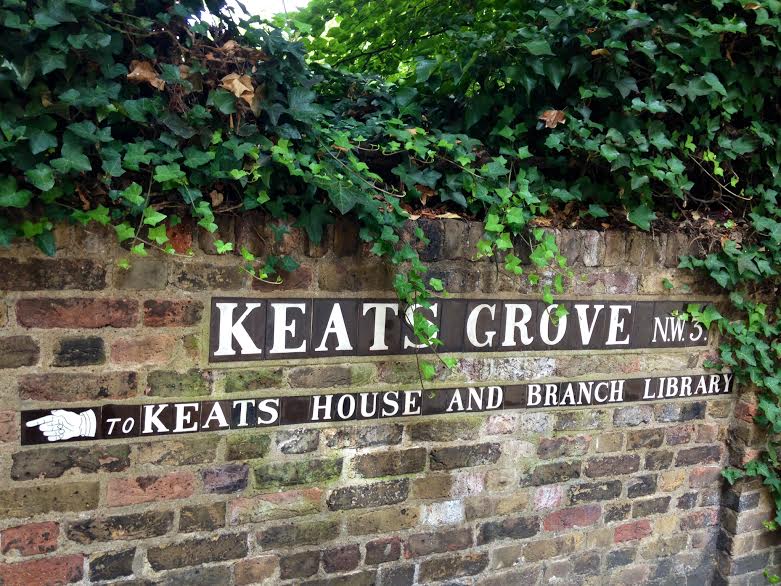 Ever since I came to London, I’ve wanted to visit the house that was home to John Keats and finally, yesterday, after seven years, I did.

I’ve always loved the romantic poets and the Pre-Raphaelite art so many of them have inspired. I know a lot of people find the sugary sweet and ever so flowery words too much, but I can’t help be moved. Keats’ life itself is perhaps more romantic, more moving and more bittersweet than any of his poems. Walking through his house, I couldn’t help but feel like he was still there. 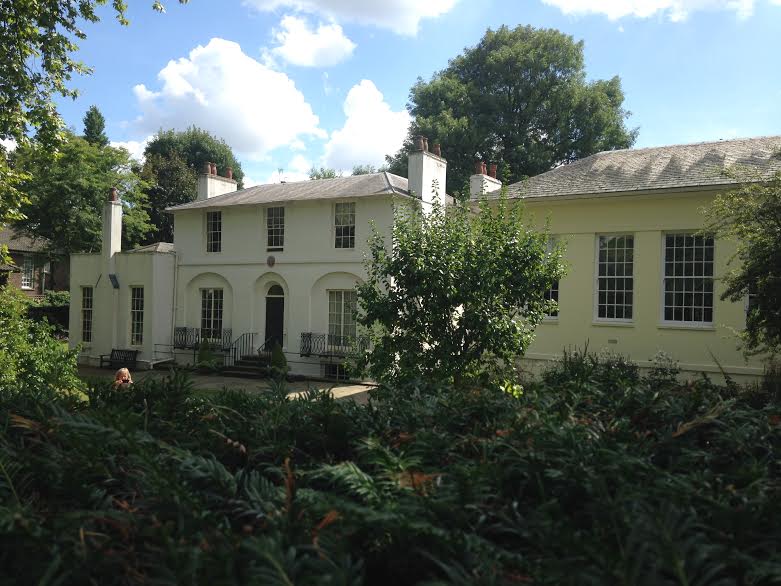 After Keats’ brother Tom died of consumption, he moved into Wentworth Place with Robert Brown at a small rent and half the liquor costs.

It’s a simple, unassuming but very pretty house with a beautiful garden. The walls of the corridors are lined with etchings by Hogarth, watercolours by Brown himself and a number of paintings by Joseph Severn. 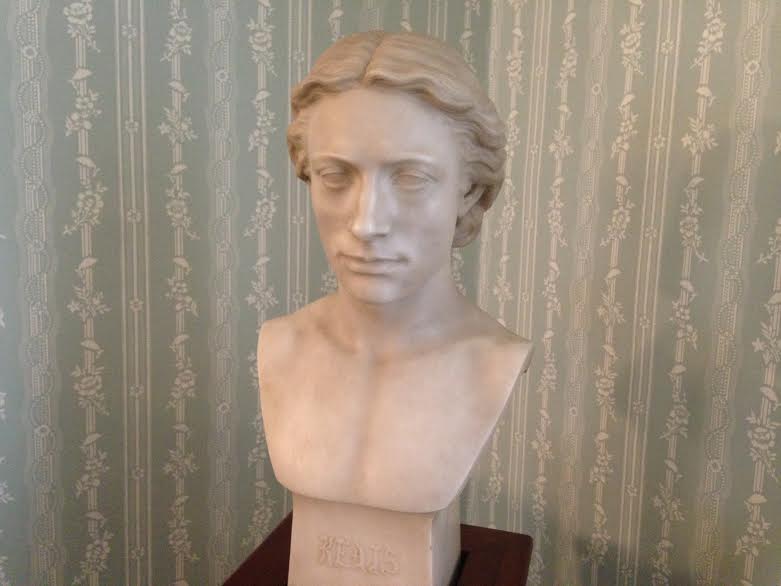 While Keats was living at Wentworth Place, he met and fell in love with Fanny Brawne, who had moved in next door with her mother and brother.

Though he gave her a ring, which is on display in the museum, they never had a truly formal engagement. His lack of money and worsening illness meant he knew he could never be with her.

He writes to her:

“My love has made me selfish. I cannot exist without you – I am forgetful of every thing but seeing you again – my Life seems to stop there – I see no further. You have absorb’d me. I have a sensation at the present moment as though I was dissolving – I should be exquisitely miserable without the hope of soon seeing you … I have been astonished that Men could die Martyrs for religion – I have shudder’d at it – I shudder no more – I could be martyr’d for my Religion – Love is my religion – I could die for that – I could die for you.” 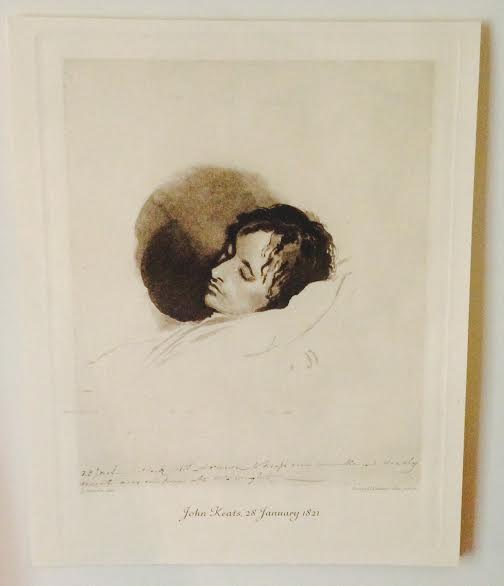 Keats had a sofa bed constructed that was placed by the window in the parlour so he could look out at the garden. Standing there, looking at the light fall on the sofa and the shadows it cast made me feel very sad. The house is, like his life, so bittersweet: so many tragedies in such a short life.

The room with the empty sofa was so silent, yet at the same time so deafening in its emptiness. 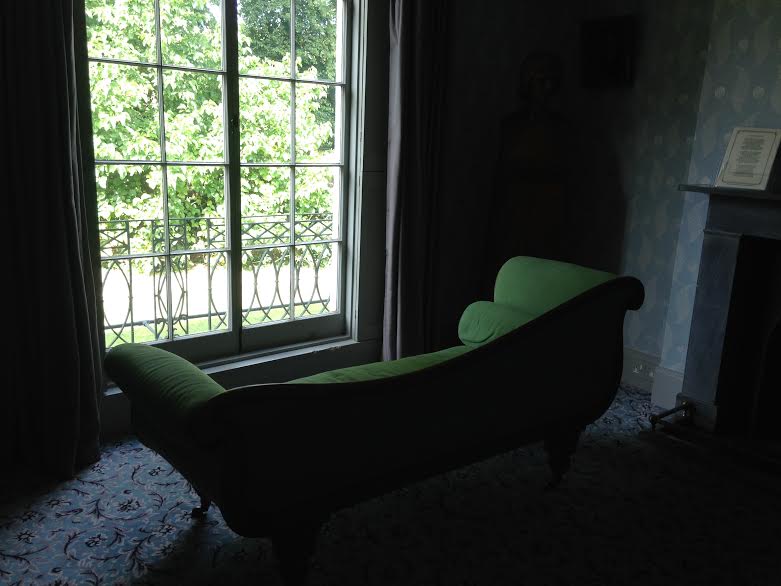 Eventually Keats travelled to Rome with his friend Severn in the hopes of the warm weather making him better. While he was there, he couldn’t stand to read the many letters from Fanny or to write to her, or even mention her name, such was his grief at being taken from her by death.

His last few months were a bizarre mix of being prescribed horse riding as a way to get better, yet also being denied opium as he wasted away in pain.

In his last letter to Brown, he writes:

‘I can scarcely bid you goodbye even in a letter. I always made an awkward bow.’ 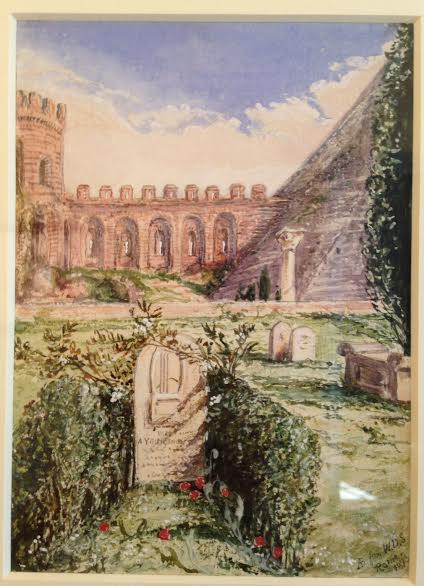 Keats’ Grave, next to the grave of Joseph Severn, who lived out the rest of his years in Rome

I felt both inspired and saddened by my trip to Wentworth Place, but I felt closer to Keats’ words – reading his poetry and his letters there brought them to life.

Someone once told me I reminded them of Keats’ poem La Belle Dame Sans Merci. I spent a long time agonising over how I felt about that. On one hand she was a beautiful fae like creature – something I’ve always deeply desired to be, on the other she was a cold, cruel being. In the end I decided the poem is so beautifully poignant and arouses such emotions upon reading it, that it doesn’t matter either way.

I’ll leave you with the poem, my favourite by Keats, and perhaps the most representative of his life, touched by a beauty and love that he was so cruelly denied.

O WHAT can ail thee, knight-at-arms,
Alone and palely loitering?
The sedge has wither’d from the lake,
And no birds sing.

O what can ail thee, knight-at-arms!
So haggard and so woe-begone?
The squirrel’s granary is full,
And the harvest’s done.

I see a lily on thy brow
With anguish moist and fever dew,
And on thy cheeks a fading rose
Fast withereth too.

I met a lady in the meads,
Full beautiful—a faery’s child,
Her hair was long, her foot was light,
And her eyes were wild.

I made a garland for her head,
And bracelets too, and fragrant zone;
She look’d at me as she did love,
And made sweet moan.

I set her on my pacing steed,
And nothing else saw all day long,
For sidelong would she bend, and sing
A faery’s song.

She found me roots of relish sweet,
And honey wild, and manna dew,
And sure in language strange she said—
“I love thee true.”

She took me to her elfin grot,
And there she wept, and sigh’d fill sore,
And there I shut her wild wild eyes
With kisses four.

And there she lulled me asleep,
And there I dream’d—Ah! woe betide!
The latest dream I ever dream’d
On the cold hill’s side.

I saw pale kings and princes too,
Pale warriors, death-pale were they all;
They cried—“La Belle Dame sans Merci
Hath thee in thrall!”

I saw their starved lips in the gloam,
With horrid warning gaped wide,
And I awoke and found me here,
On the cold hill’s side.

And this is why I sojourn here,
Alone and palely loitering,
Though the sedge is wither’d from the lake,
And no birds sing.