While I was taking the tube during rush hour in London recently, I had a few angry and frustrated thoughts that I’m sure a million and one people have had (and written about) before me. As I watched the hoards of people plodding up the stairs in steady unison I felt so… corralled.

It made me think about a conversation I had recently about the ‘rapa das bestas’ in Galicia. This is a very traditional event held in the north of Spain every year in which local riders round up all the wild horses that roam the lands, shave their manes and tails and vaccinate them against disease before setting them free again. The person I was talking to was calling it a cruel practice and I had to disagree. I still do.

When I think of what some humans are subjected to – 8 hours (and more) a day of sitting in a hunched position our spine isn’t designed for, staring at an artificially lit screen our eyes aren’t designed for and the horrors of London’s overheated, overcrowded tubes – I know I have it a lot worse than those horses.

People always say if you don’t love your life you should go out and change it, but there are a number of factors that can stand in the way – fear of the unknown being the biggest.

I wish I could experience fear for just one day of the year as these horses do instead of every day of the year that I don’t go out there and change my life. I can’t even begin to imagine being totally free like they are. 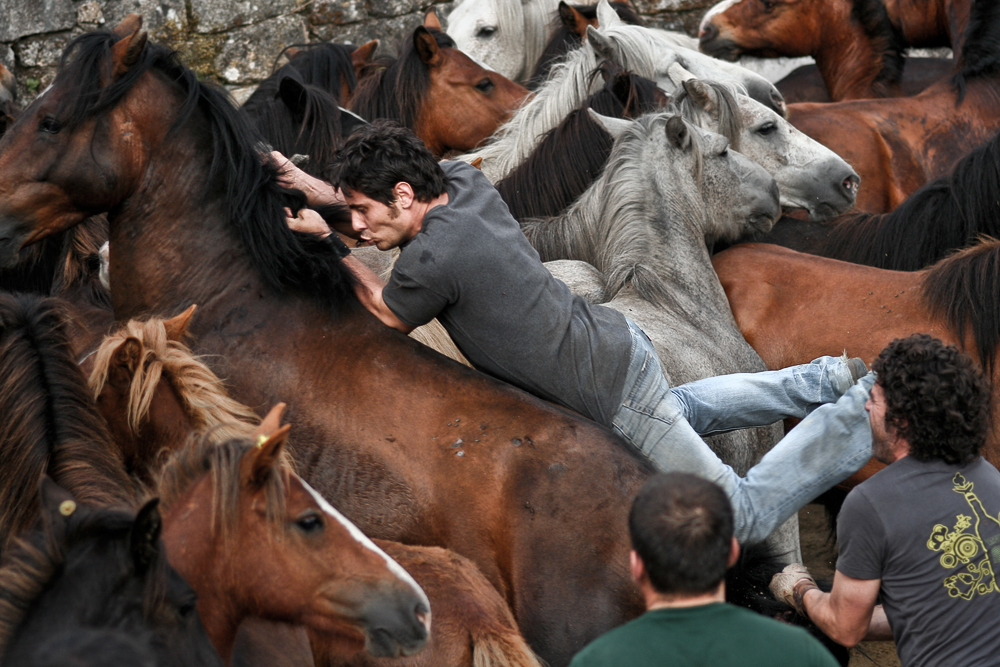