In my opinion there’s nothing better in winter than a tasty warming soup and luckily I have a boyfriend who not only enjoys waking up at the crack of dawn on weekends to cook, but is incredibly gifted in the kitchen. All I had to do was sit, take some photos (with my new camera) and enjoy the meal. Pretty good deal if you ask me!

The Jerusalem artichoke, despite it’s name, is actually not an artichoke, and doesn’t come from Jerusalem! Instead, this root vegetable is a member of the daisy family. When Italian settlers first came to the US they named the plant ‘girasole’ or sunflower, because of the large daisy flowers’ resemblance to sunflowers; and somehow girasole became corrupted to Jerusalem over the years. I much prefer the name ‘sunroot’ personally! 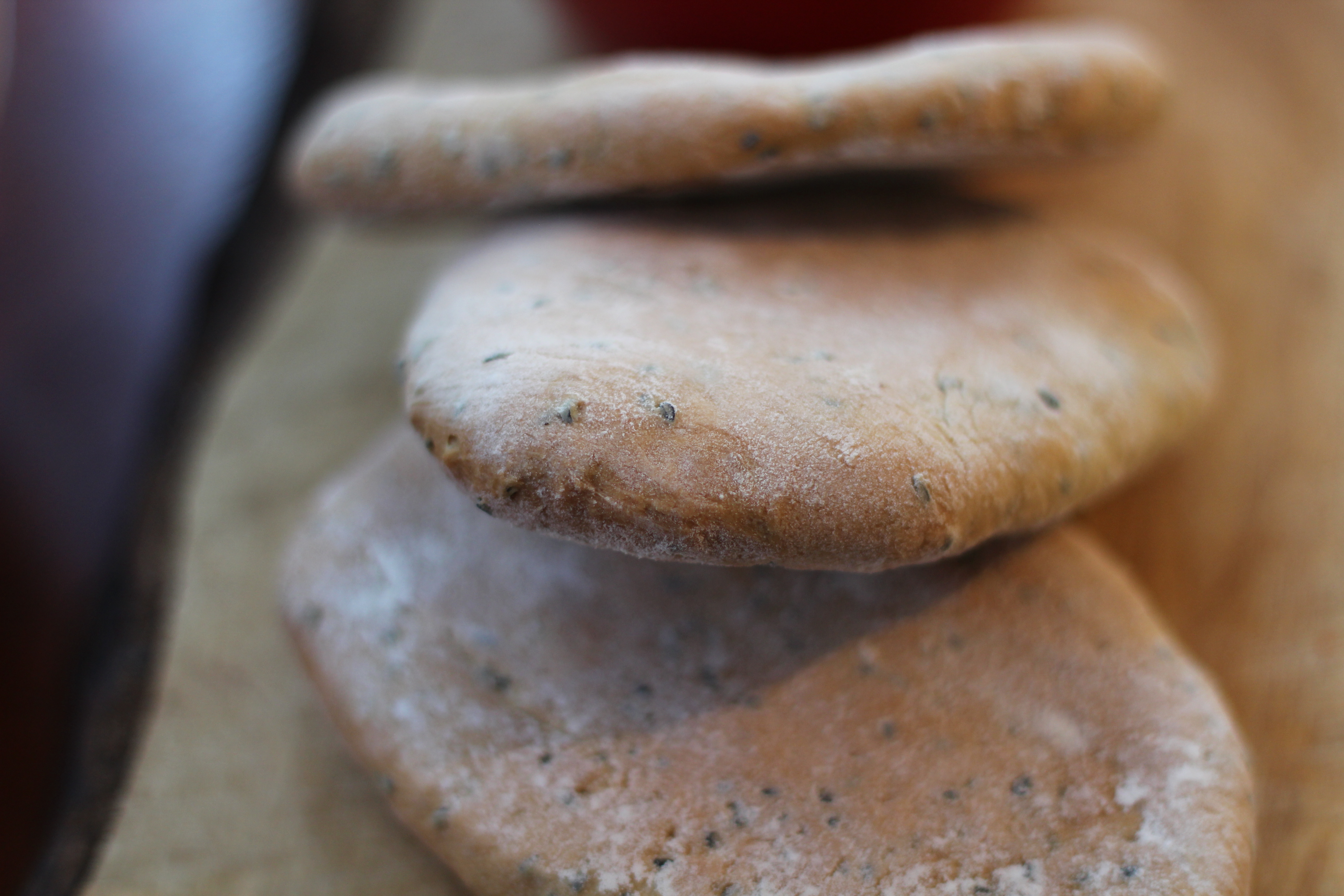 The meal was so delicious, I had to ask him for the recipe to share here, so here it is:

Place the artichoke, onion, garlic and stock in a slow cooker and leave overnight on a low temperature.

When you’re ready to serve the soup, liquidise the ingredients in a blender and pour the soup into a large pan over a low heat. Stir in the butter to taste and once the soup is hot, serve it into two bowls and drizzle the truffle oil over.

(I used to the slow cooker as it’s easy but if you don’t have one just pan fry the onions and garlic in the butter until golden then add the artichoke and on a very low temp sweat them all for 30 mins, then add the stock and bring to the boil for a few seconds before leaving it to simmer for 30mins or until the artichoke is soft enough to mash. Then blend) 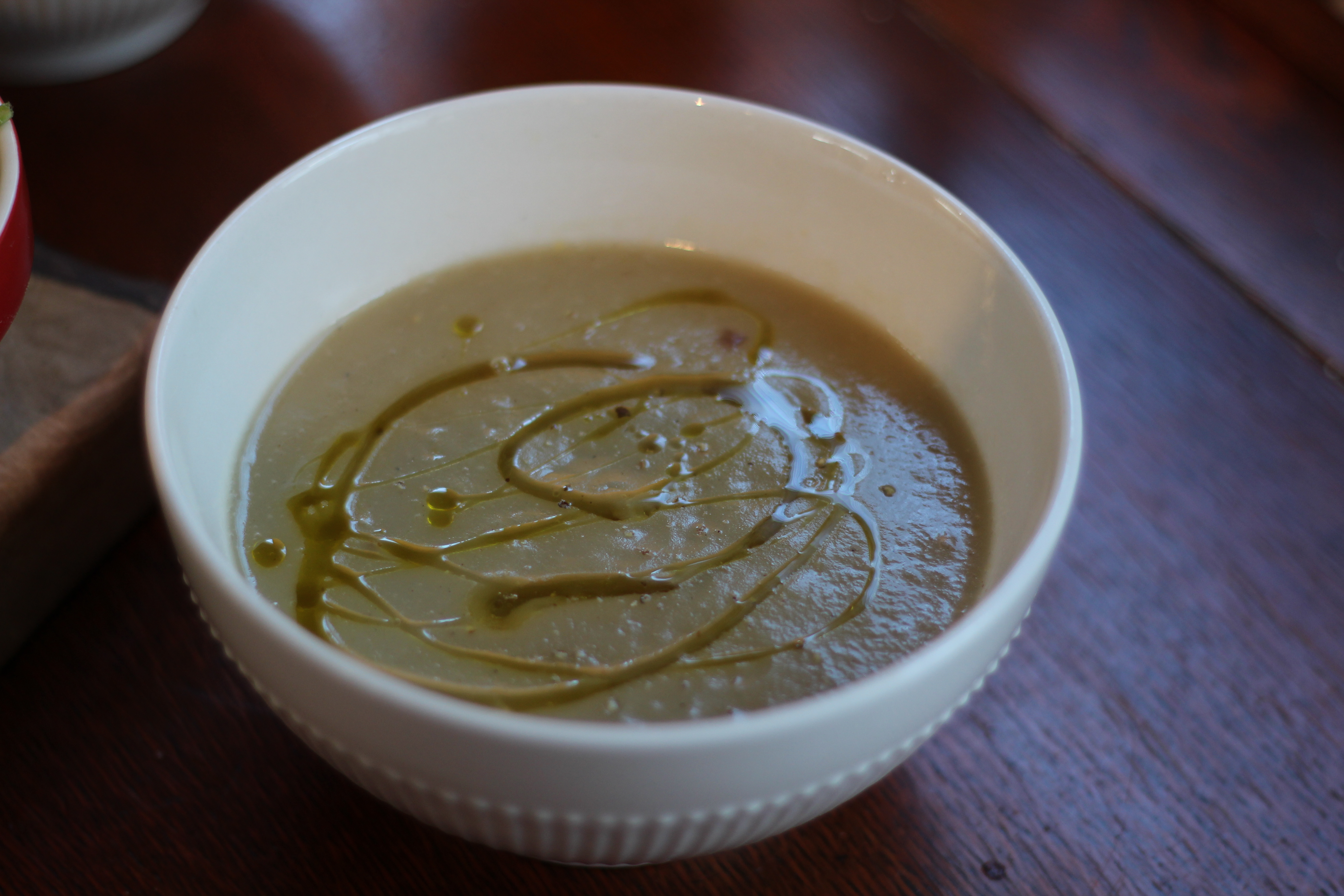 Put the flour, yeast, salt and onion seeds in a bowl and mix together.

When it forms a dough start to slowly add the rest of the water and oil gradually mixing until the dough forms a ball and takes the rest of the flour from the bowl (if you’ve got a food processor just put it all in that and set it on pulse mode). Once the dough is soft stop adding the water.

Knead the dough for 5mins then let it sit for 20mins to proof in a warm area with a cloth over it.

Once risen give the dough a quick knead to remove the air and then split it into equal portions depending on how big you want the pitta breads to be, then roll them into the desired shape and thickness 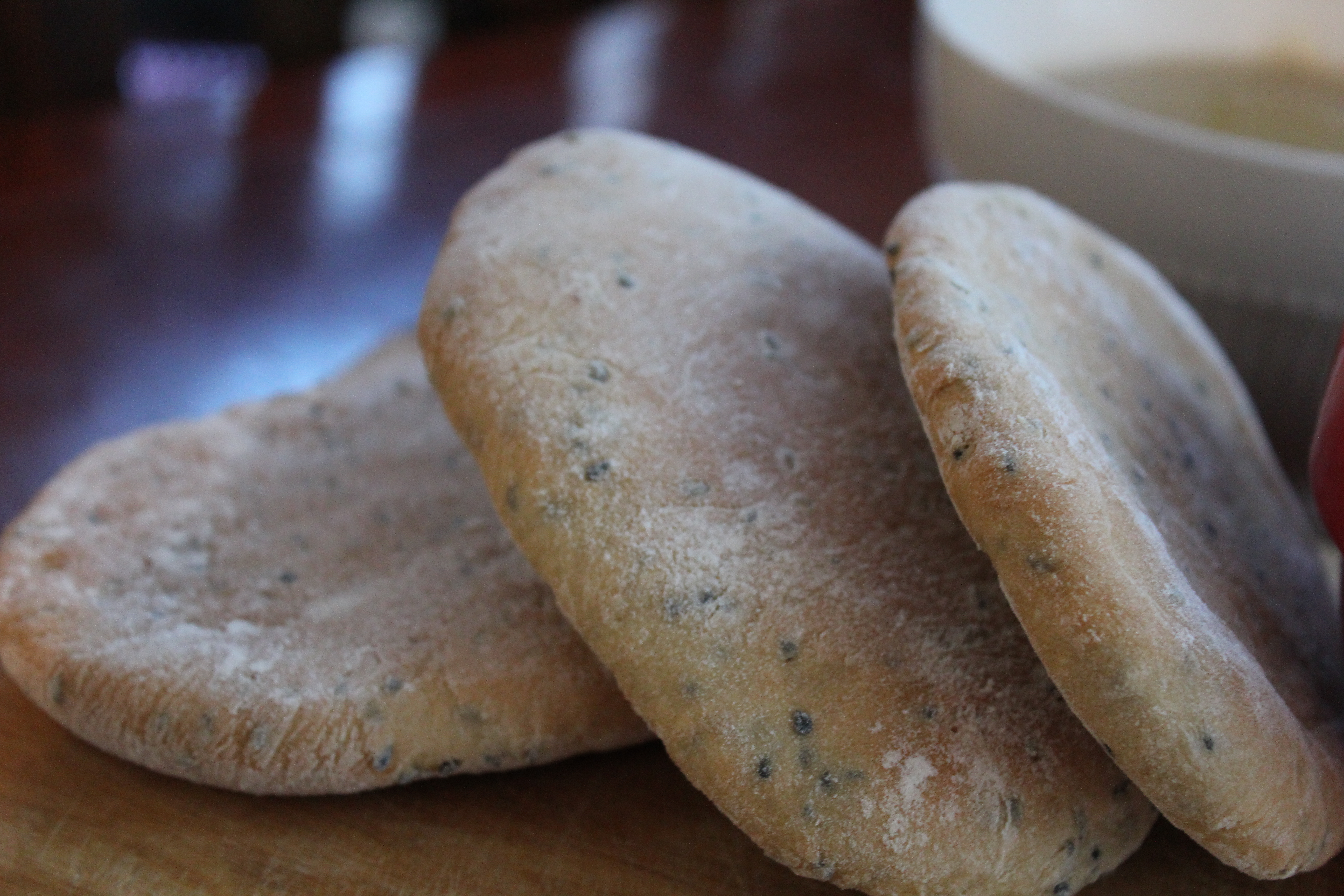