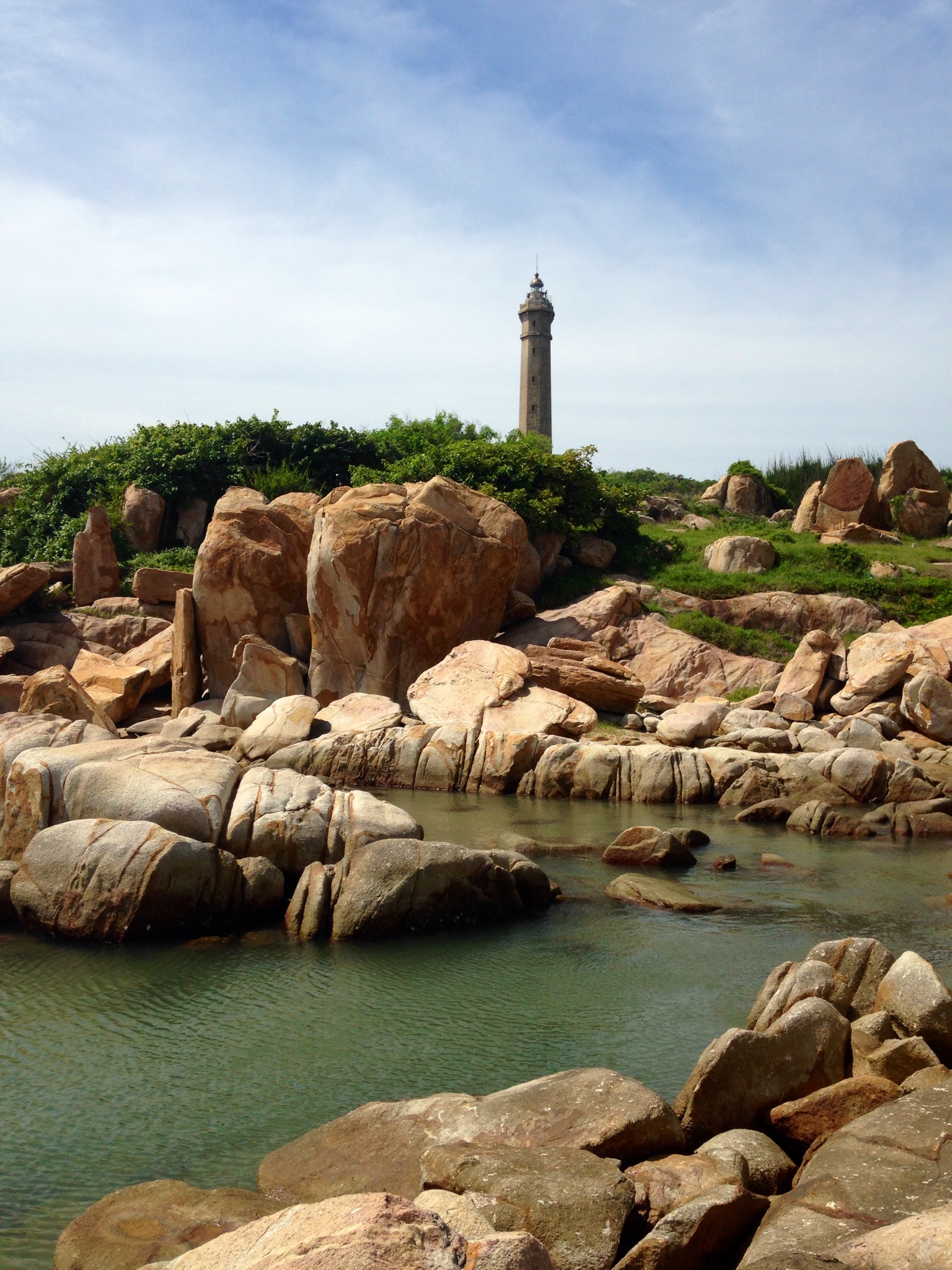 On a little island off the coast near Phan Thiet, an ancient French lighthouse rises elegantly above the bushes of yellow & white magnolia flowers and green pools of water.

My visit to the Kê Gà lighthouse twinkled a little more brightly than any of the other stars in my Vietnam night sky. A heady mix of being a little further off the beaten track, a pinch of adventure and the wildly exotic and vividly coloured setting all contributed to a wonderful experience!

Kê Gà is an easy 1 to 2 hour detour on the way from Saigon to Mui Ne or a little trip from Mui Ne or Phan Thiet.
If you’re taking a taxi, they usually know where to stop off and ask where to go, as the dirt track down to the beach isn’t marked. The only way you know you’re in the right place is by the little corrugated iron shack and a number of basket boats that await you! 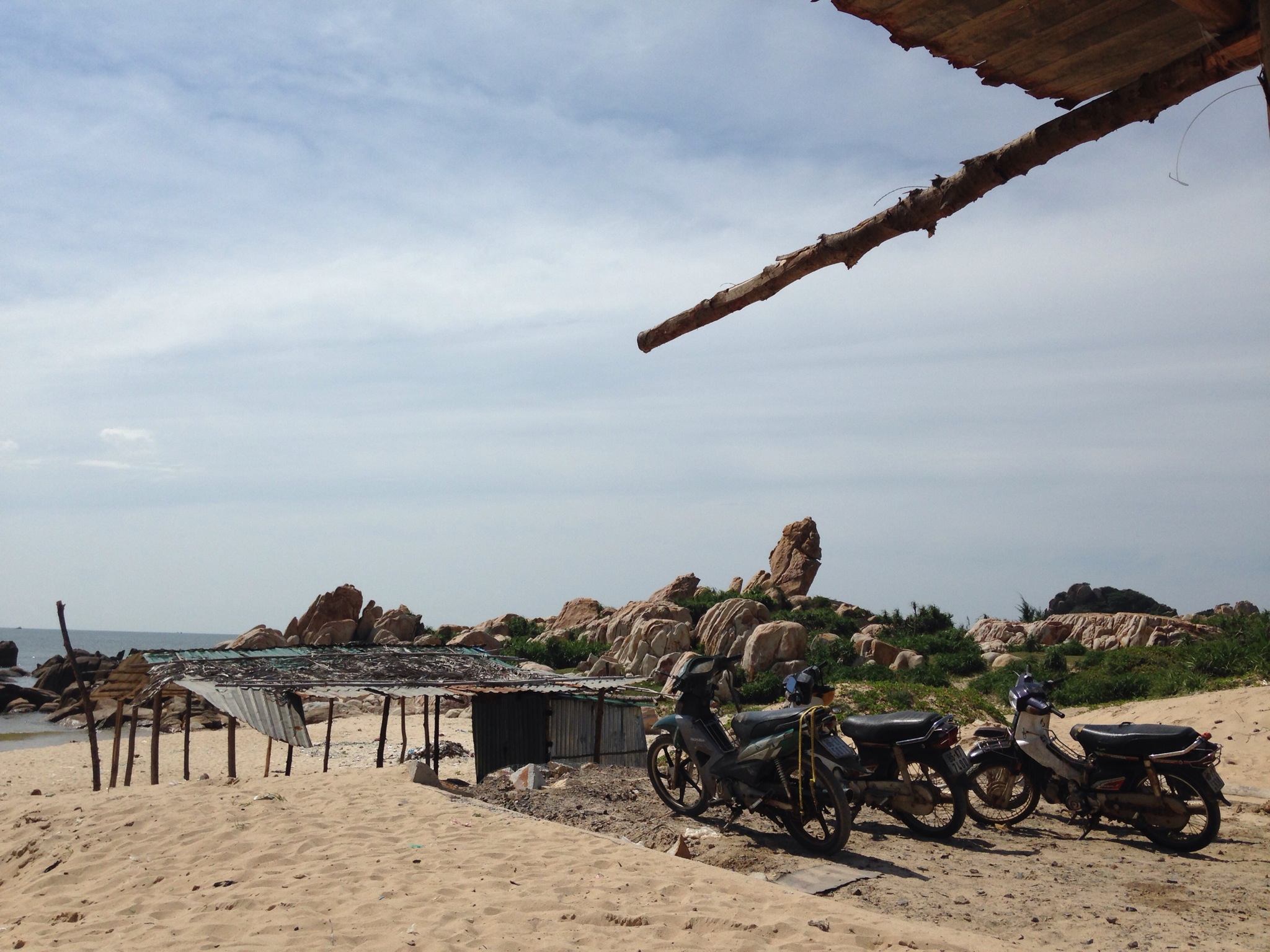 After clambering over large rocks and wading through pools, you hop into a little basket boat (a traditional, round Vietnamese fishing boat – these days made out of plastic instead of bamboo) and sail across the narrow strip of water to the island. The shape of the boats reminded me a lot of the Edward Lear poem…

“And when the Sieve turned round and round, And every one cried, ‘You’ll all be drowned!’ They called aloud, ‘Our Sieve ain’t big, But we don’t care a button! we don’t care a fig! In a Sieve we’ll go to sea!'”

And though I don’t have a green head or blue hands, I felt as adventurous as a Jumbly girl, leaping off the boat onto the sand. 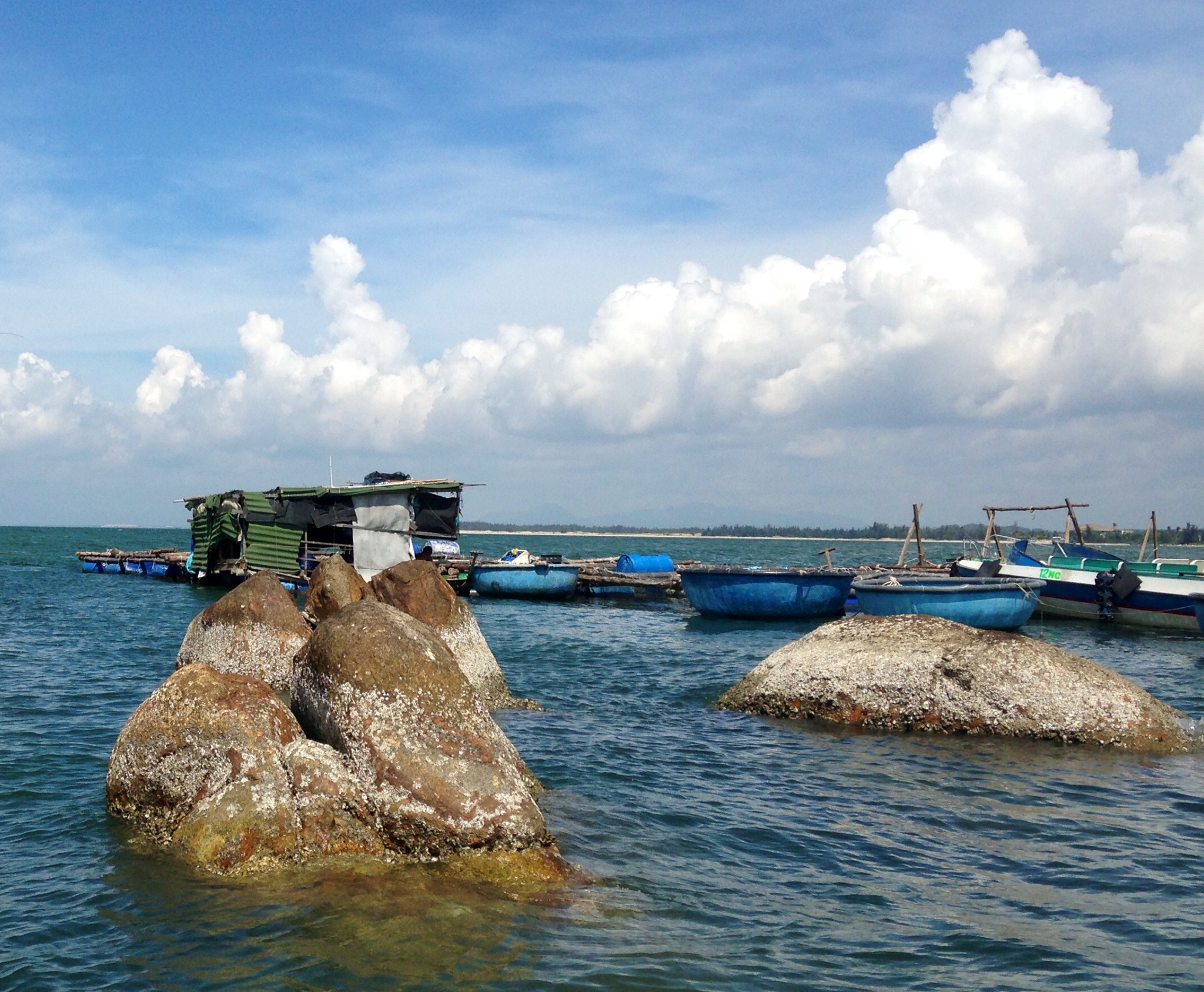 The walk up the the lighthouse was lined with thick borders of tropical plants and flowers; I especially liked the roots on one tree, conveniently placed next to a hammock! 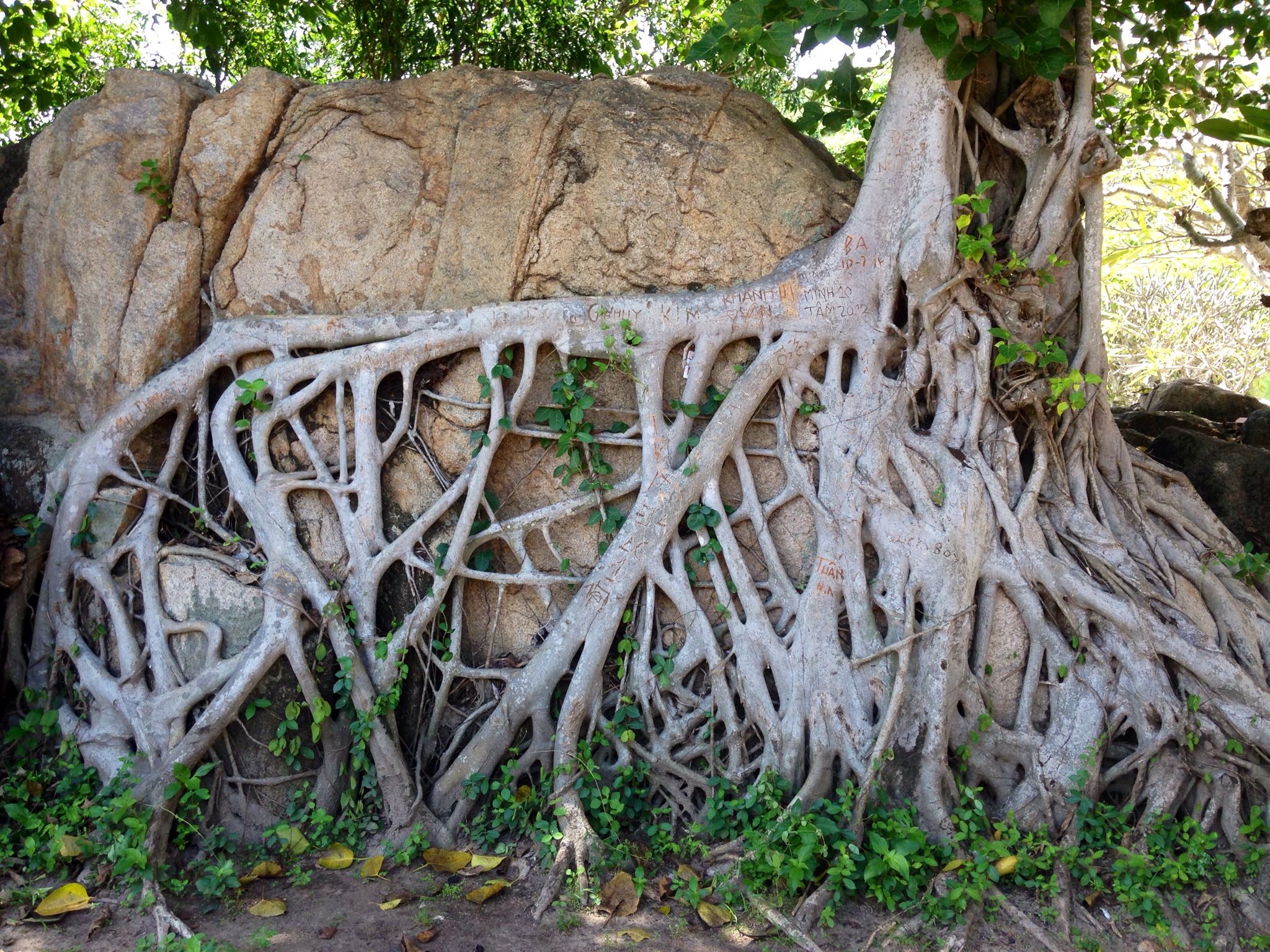 Useful info: we paid 75,000 Vietnamese Dong per person for the return boat ride (bartered down) and a further 20,000 dong per person to climb up the lighthouse. Whether or not the man asking for entry money was official, we do not know but just decided it was easier to pay! 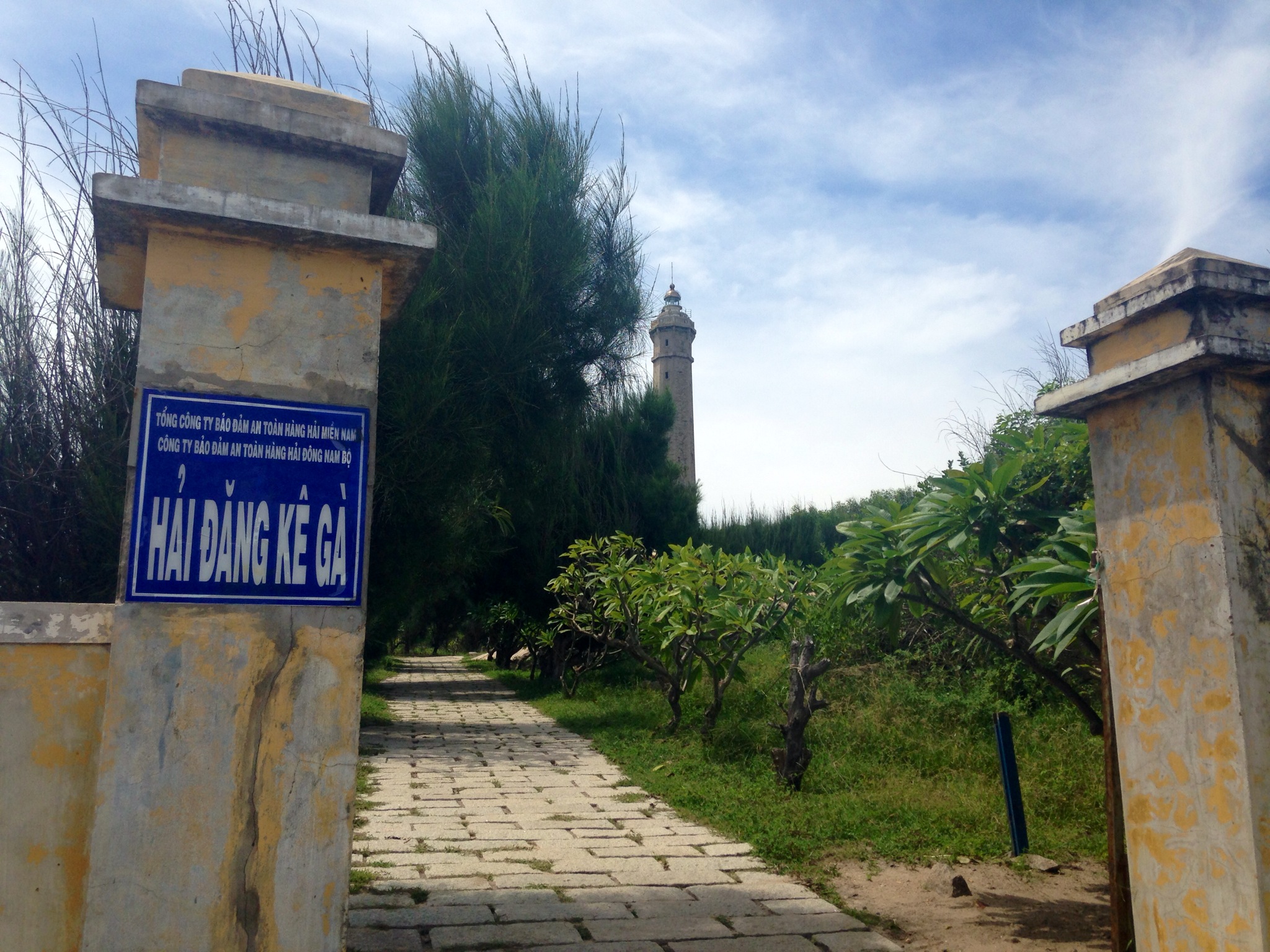 The steps up to the lighthouse are lined with trees, and when the light shines through the leaves, it feels like you’re walking through a magical tunnel of pure green light! 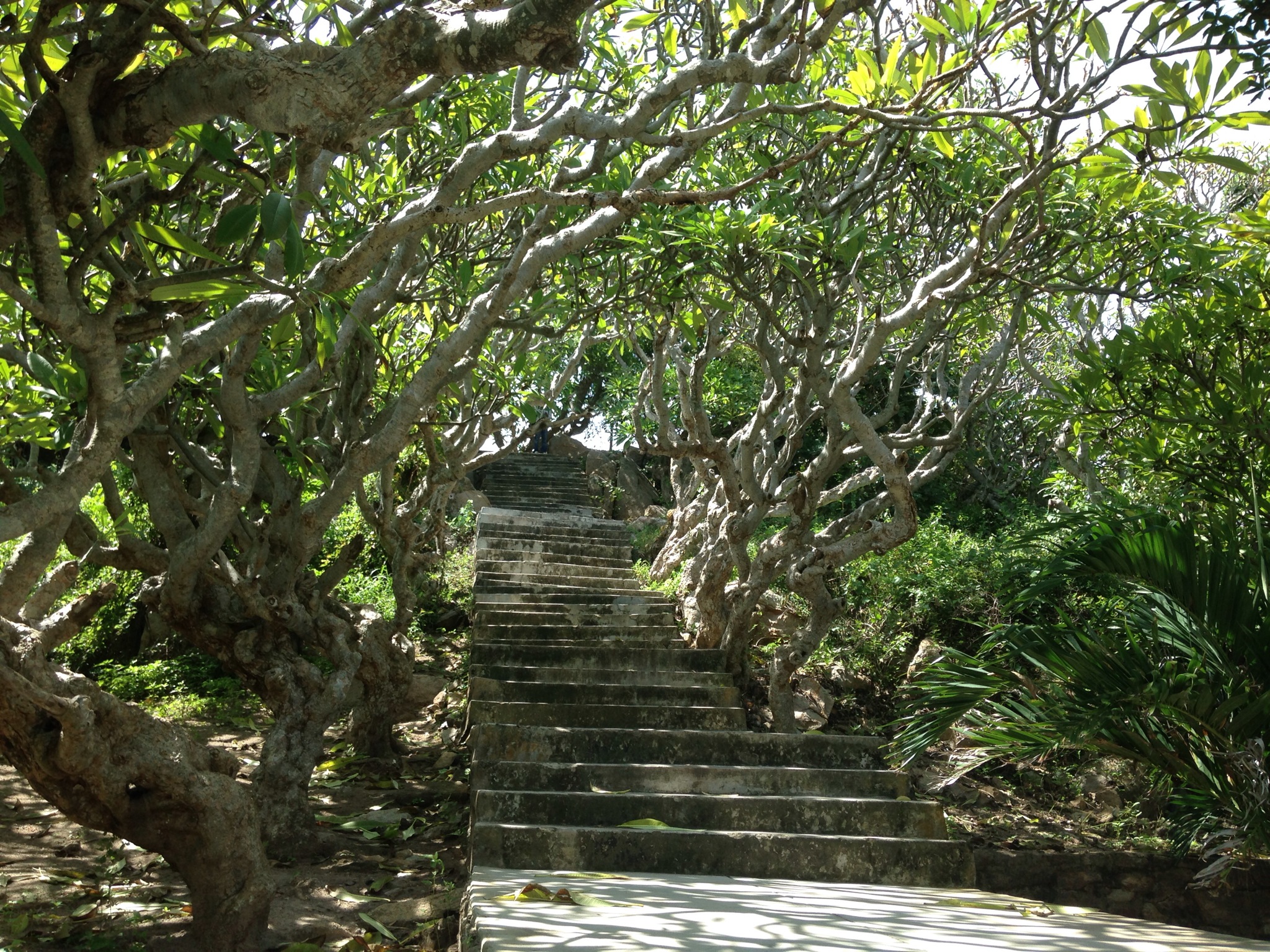 The lighthouse was built in 1899 by the French, yet from the outside looks so well maintained, it’s almost hard to believe it’s 115 years old. It’s still a functioning lighthouse and when you climb to the top, you can actually climb up to the revolving lamp (although we weren’t entirely sure whether the last set of stairs were off limits or not!) 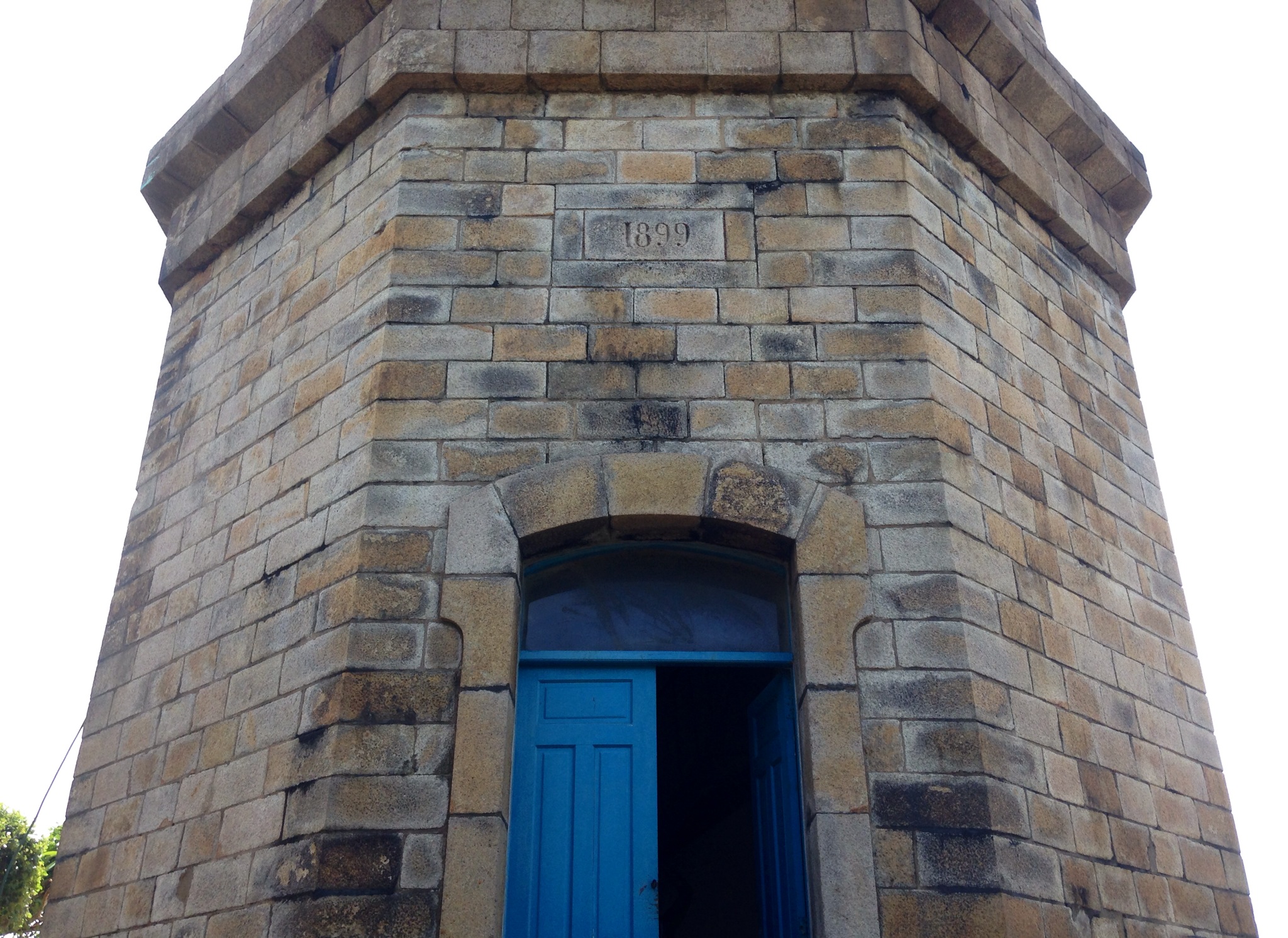 The view from the top is stunning, you can see the coastline for miles and miles in both directions and the cool breeze that whips around the hexagonal tip is refreshing and very much needed after the hot and humid climb. 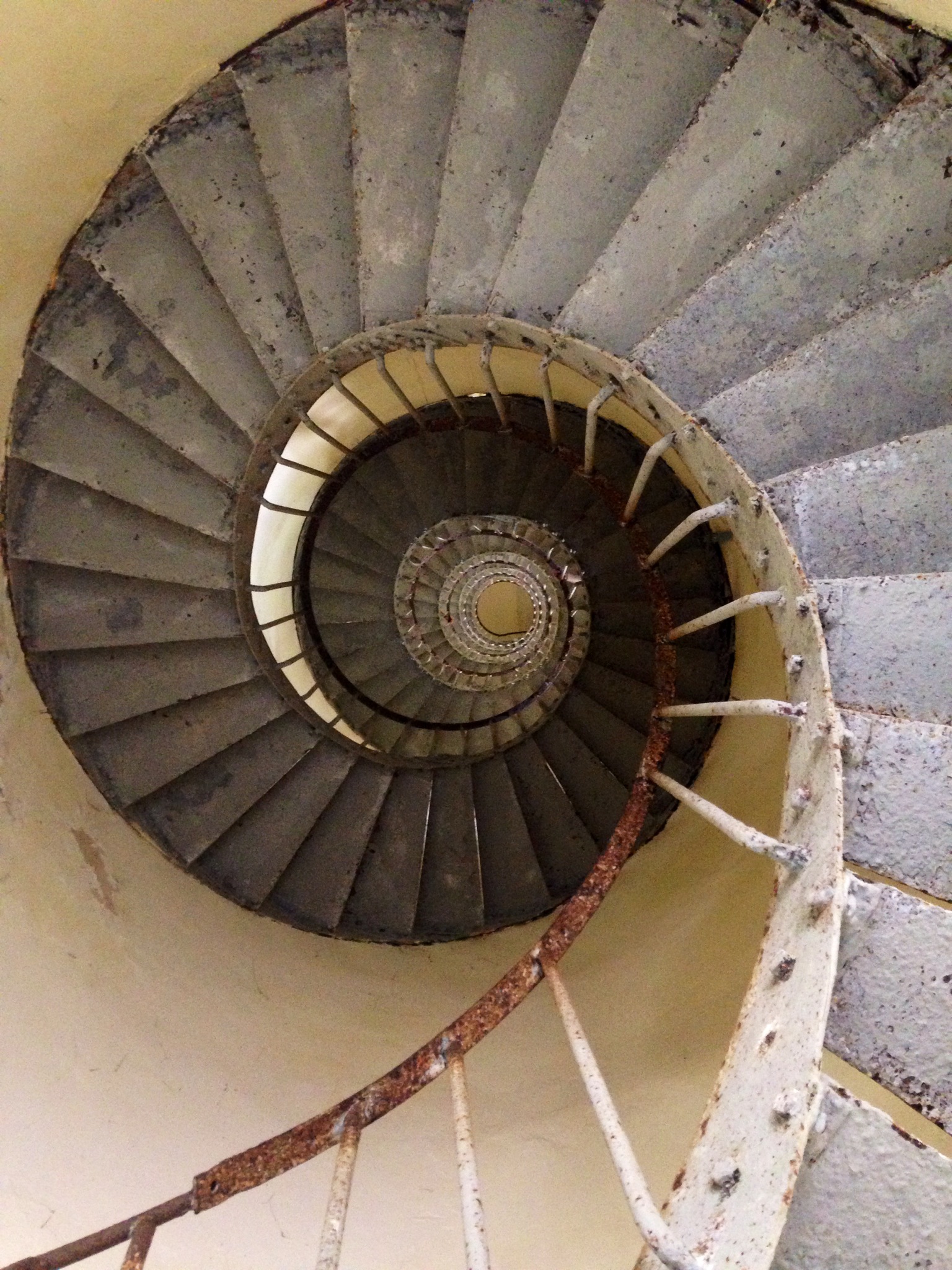 A word of warning to those who suffer any vertigo – the spiral staircase is made of slatted stairs which have been very warped with time. I’m not entirely sure how safe the rusted stairs were and I’m almost 100% sure they haven’t received any maintenance since 1899! 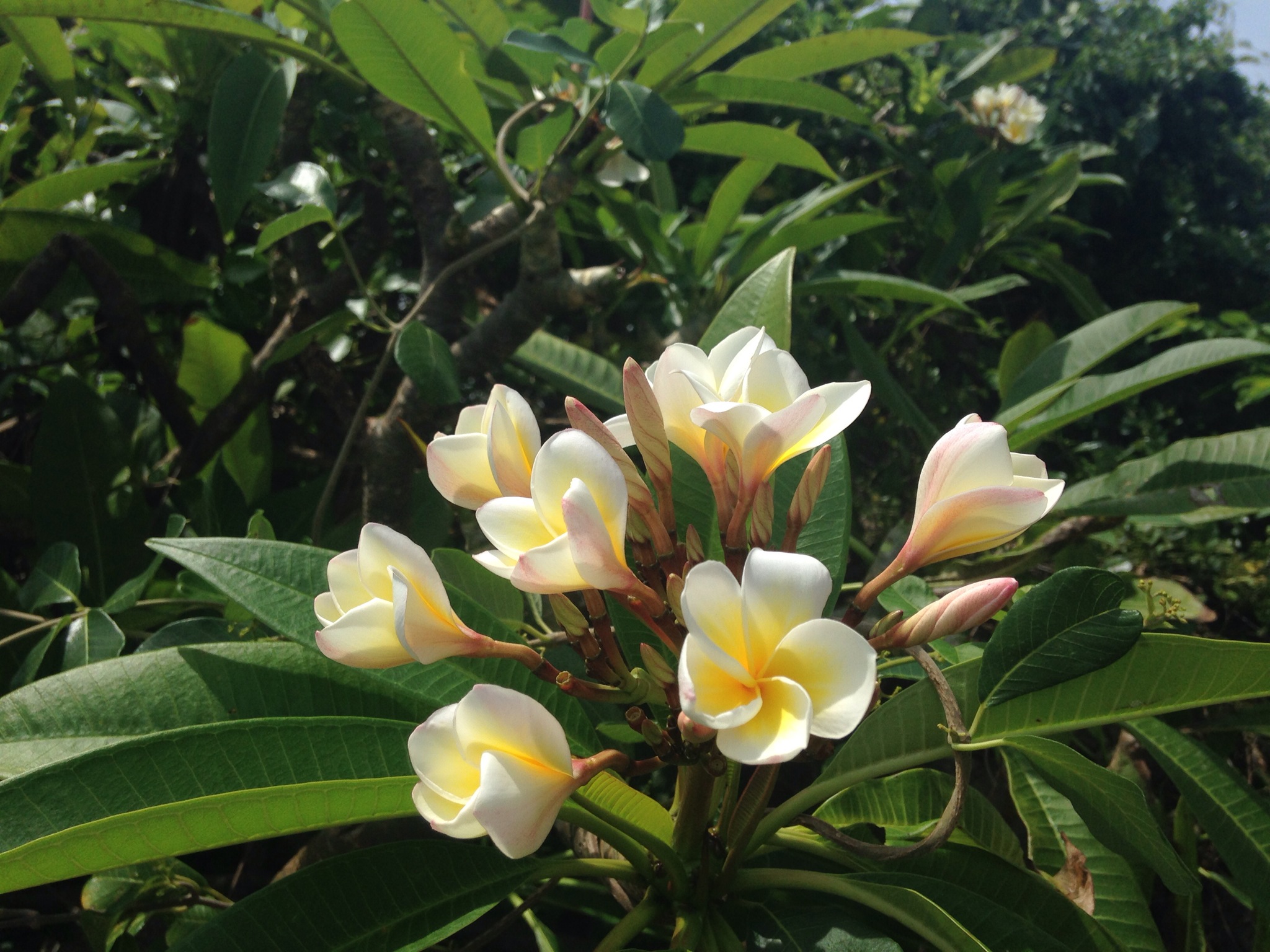 At the base of the lighthouse is a little cabin that may once have been for the lighthouse keeper but is now home to a little Buddhist altar. I was happily surprised to find a set of horses inside, along with pretty pink incense sticks, gently smoking away, bright flowers and dragon fruit. 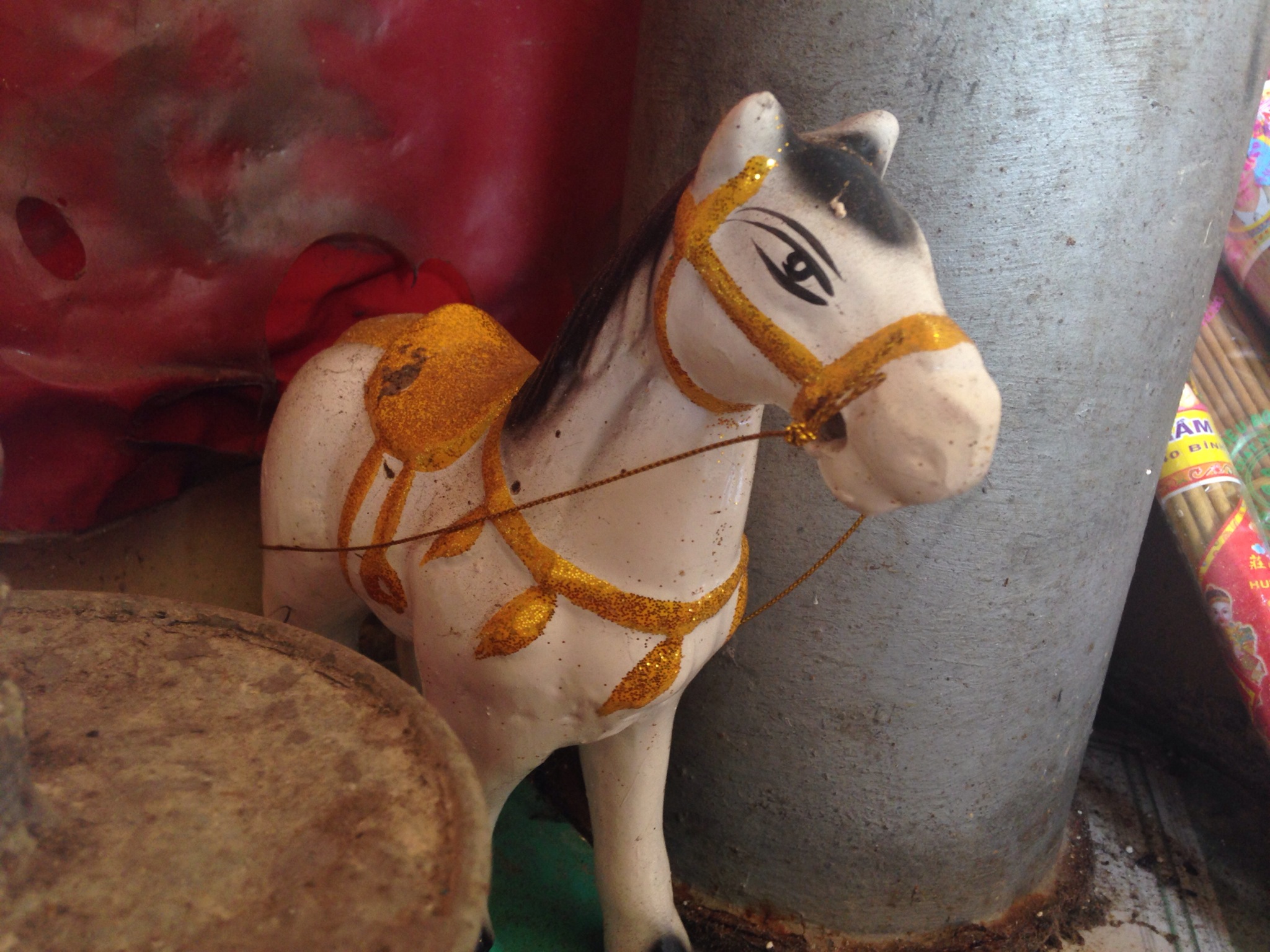 Once you get back to the shore, make sure to walk from where the boat drops you off to the edge of the water on the other side of the cove to look back across the water at the island. 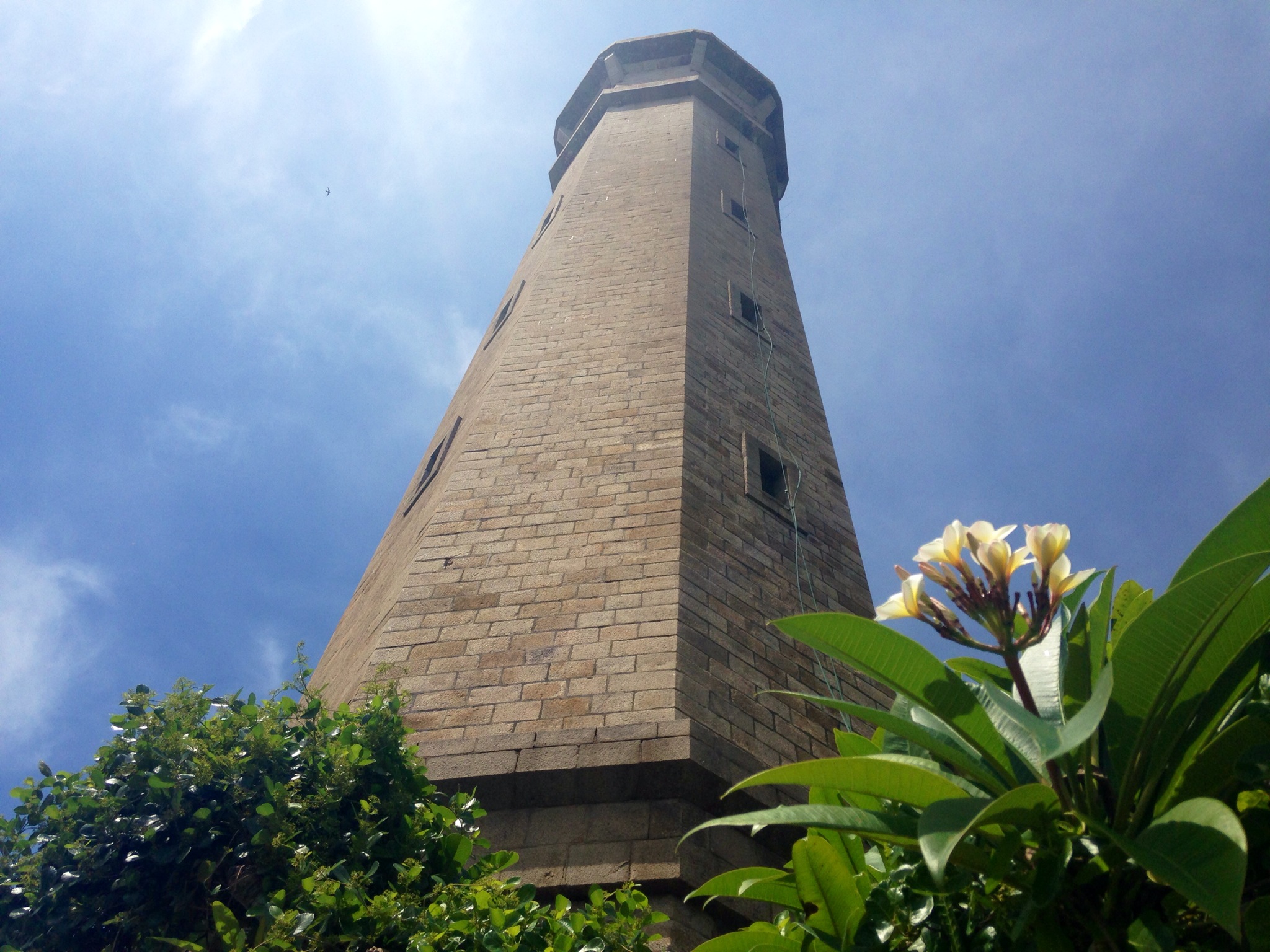 The walk along the sandy path is lined with juicy green spiked leaves and a rash of vivid pink flowers creep like a mesh across the ground. Huge round sandy boulders lie on the soft green carpet, as if they have ended there by accident. Like furniture, waiting to be moved. They look as though they have absorbed so much sunlight that they now radiate their own golden warmth.
Cows lazily wander around, blending in curiously with the giant stones. 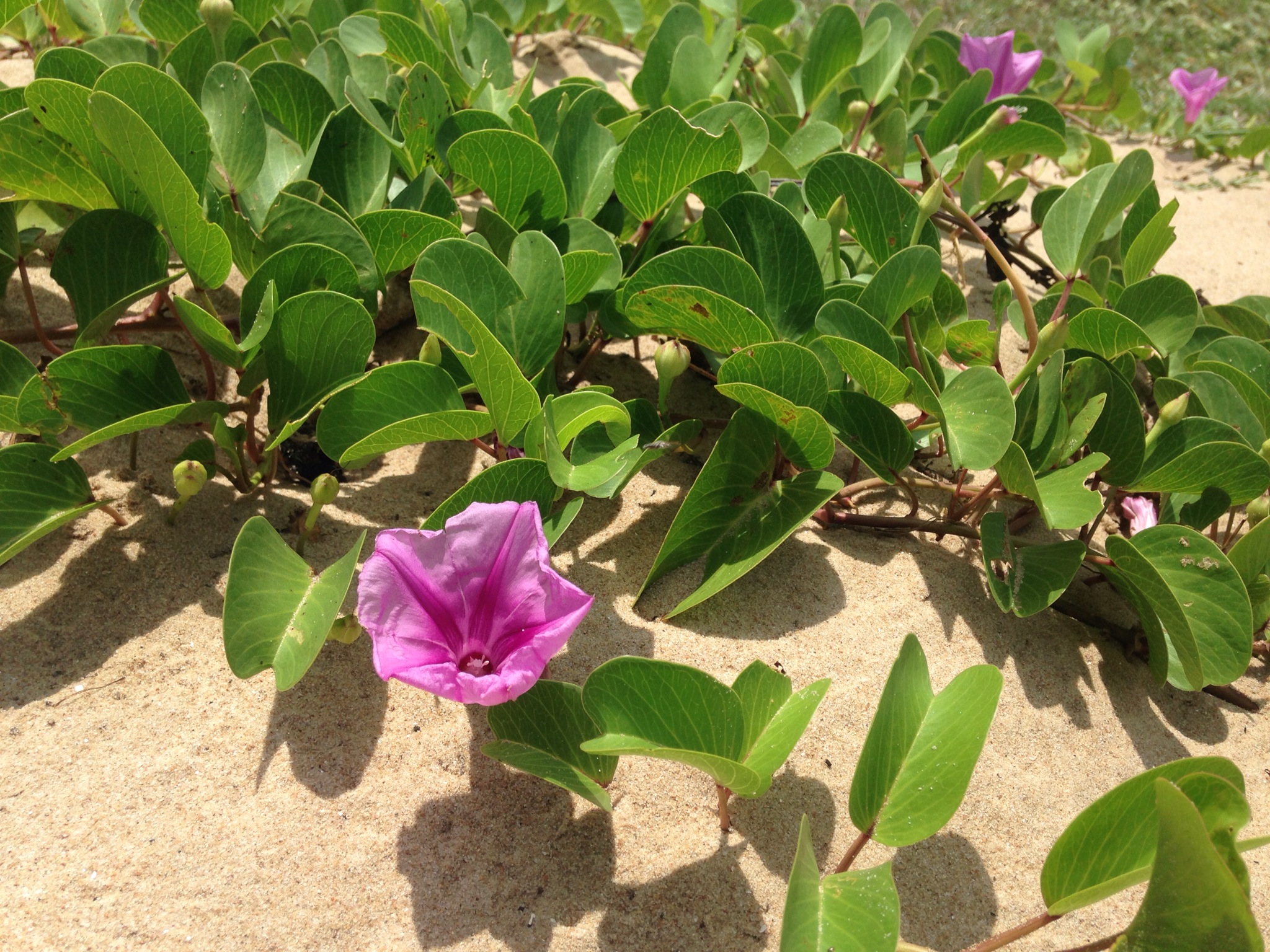 I could have sat there for hours, listening to waves caressing the sand, stroking the spiked leaves of the succulent plants and letting the sun touch my skin till it was golden-bronze too!

If you’re in the area, and the weather is good, don’t miss the enchanting land ruled over by the Kê Gà lighthouse – it truly is a beacon of light in the dark. 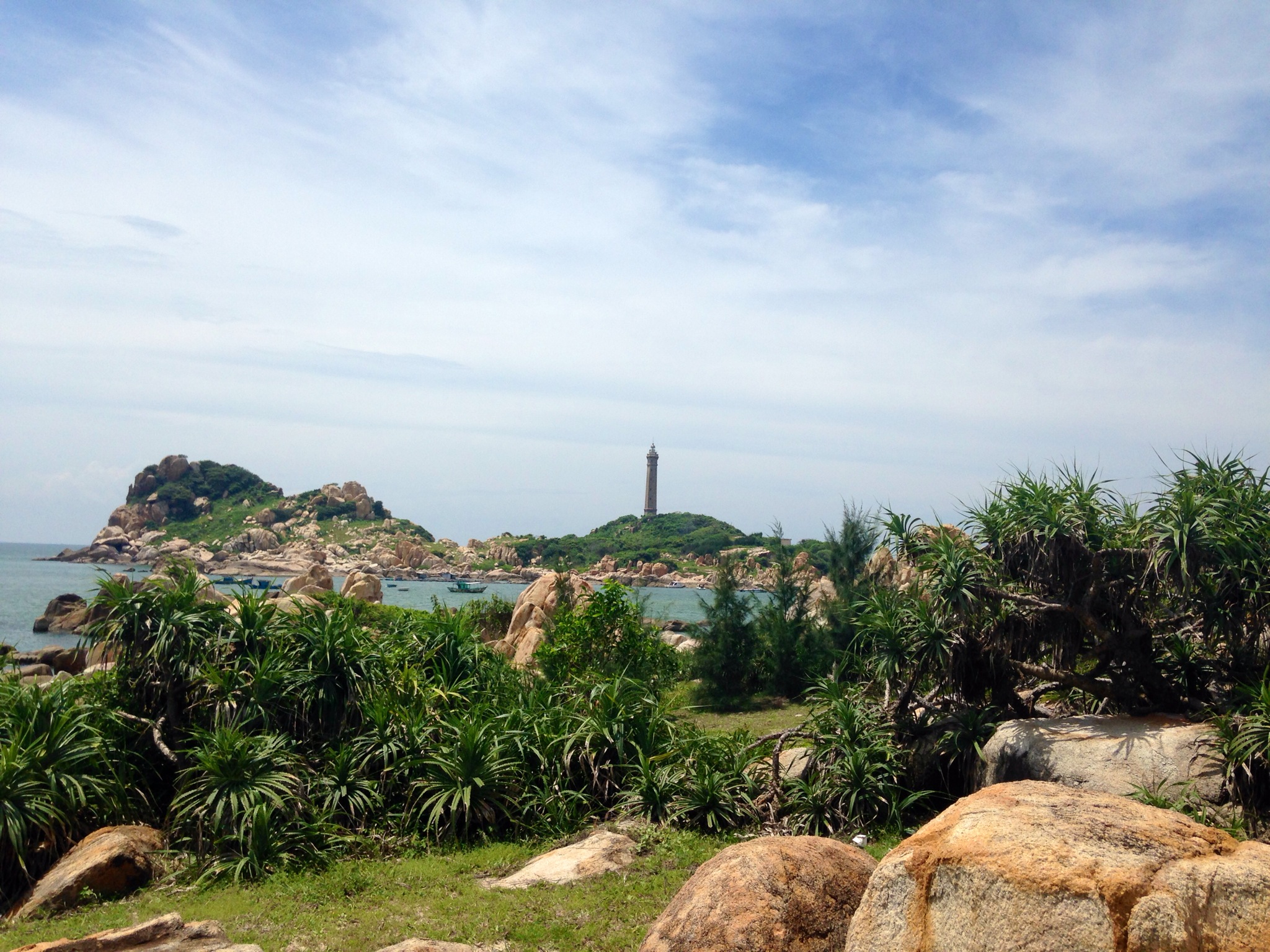 If you’d like to explore more of Vietnam and read about flying on a Dragon’s Tail, check out this amazing post on Halong Bay by my friend and fellow blogger Mel Adela.