I spent far too little time in this incredibly relaxed and varied city, filled with faerytales, dripping with style, and packed to the brim with delicious food! Nevertheless I’ll try to give you a round up of what I felt were the top 10 things to see and do:

Copenhagen is an expensive city, especially for food, but the food markets are actually really reasonably priced and absolutely delicious! Torverhallerne is a good place to try some of the Smørrebrøds, buy some local cheeses and home made elderberry and hawthorn liqueurs. While we were there, there was a special Mexican area in celebration of Mexican National day and I have to say we had some of the best Mexican food I’ve ever tried outside Mexico – the Danes know how to appreciate good food! 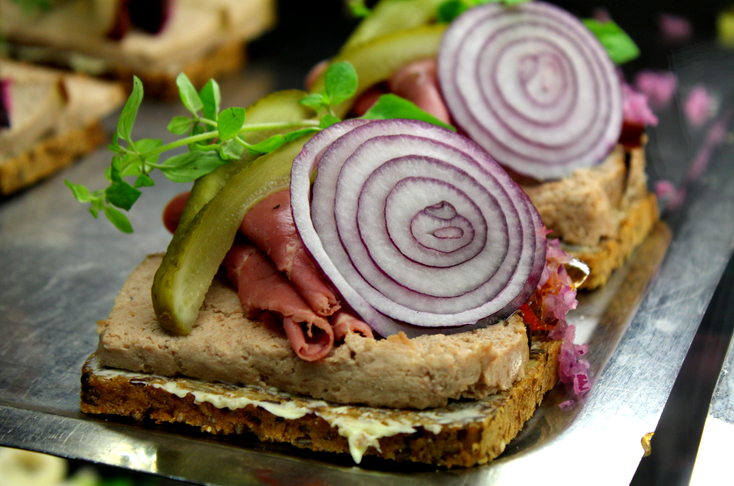 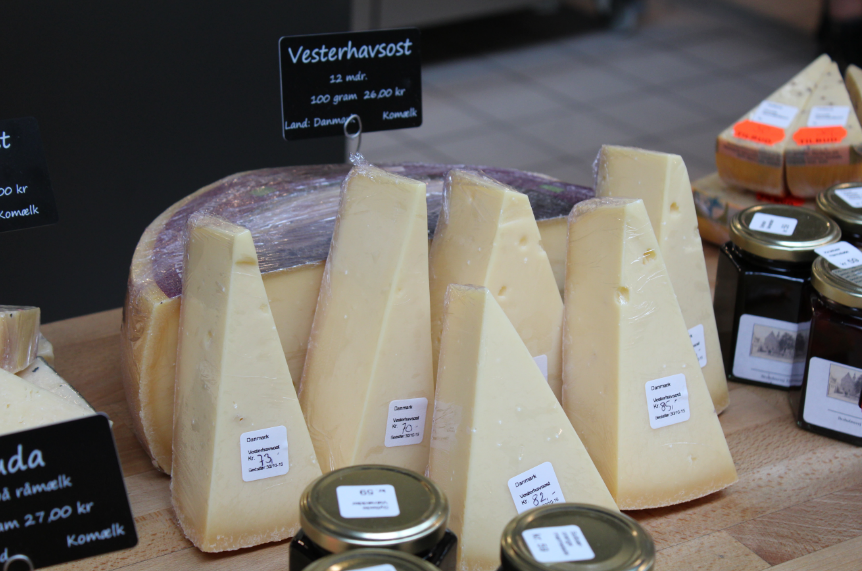 2. Get Lost in the streets of Indre By

Make sure to just wander around this beautiful city and get lost – you never know what you may stumble upon. As a child my sister and I always teased my father as no matter how far we went, how many hills we climbed he’d always say ‘I just want to see what’s around the corner’. Now that I’m an adult I’ve realised he’s passed down that curiosity to me and it’s most poignant when travelling, for how could you ever get bored of wandering. So keep looking around the corners of Copenhagen. You may stumble upon a live jazz band in a library as I did or even a dapper old man driving around in a truly beautiful classic car. We also stumbled into a pro refugee rally at one point which was really heartening to see – the Danish people seem to be keen for the government to open it’s borders to humanity. 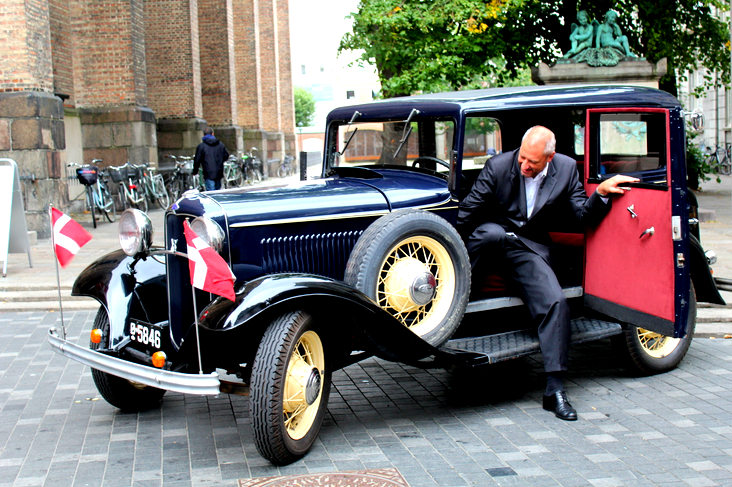 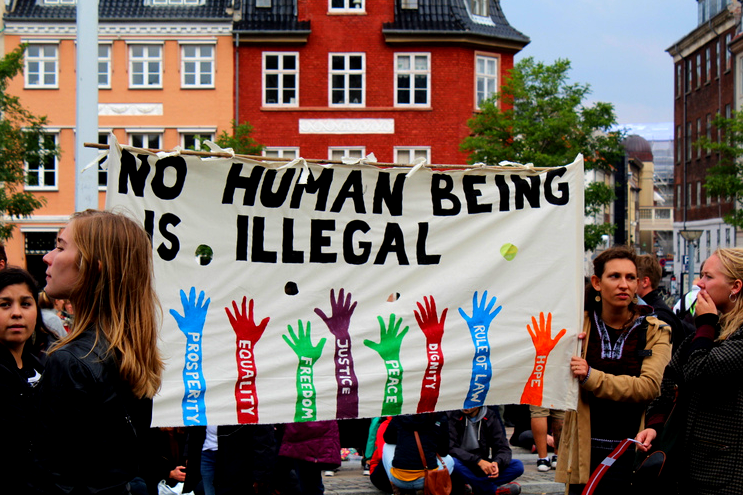 While not actually in Copenhagen, Helsingor is nonetheless one of the most exciting things to go and see while in Copenhagen. It’s a 40 min train ride from Norreport or the Central train station and really worth the trip to see this pretty seaside town – make sure to look out for Han (Him), the silver counterpart to the Little Mermaid statue in Copenhagen. If you look closely… he blinks for a split second every hour! Helsingor, or Elsinore is most known though for the famous Kronborg Castle – where Shakespeare’s Hamlet is based. Make sure to head down to the Casements – a series of underground tunnels deep beneath the castle walls. Lit by old paraffin candles, they’ll lead you to a statue of Holger the Dane – who, in my opinion, has a more lyrical story than the story of Hamlet! 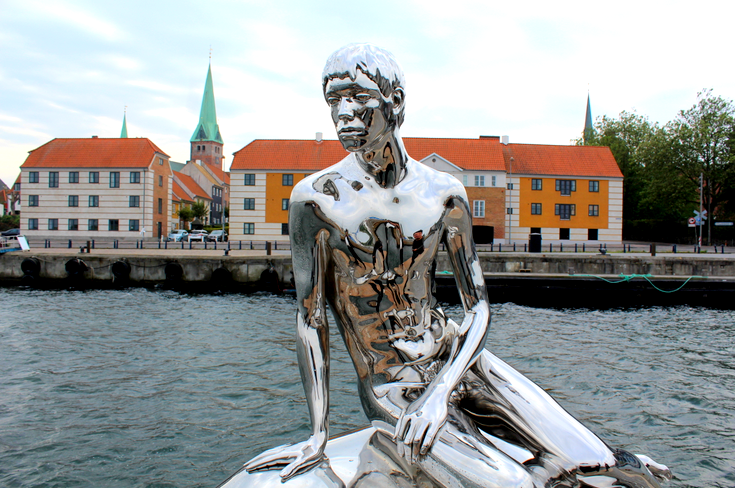 This colourful street of Nordic houses needs no introduction – it’s probably the most photographed place in Copenhagen and with good reason! Sitting on the waters edge while the sun sets, watching the dying light bathe the houses through the sails and ropes of the moored boats is an experience you cannot miss. The restaurants are all pretty pricey though so make sure to pick up a drink and some food en route! 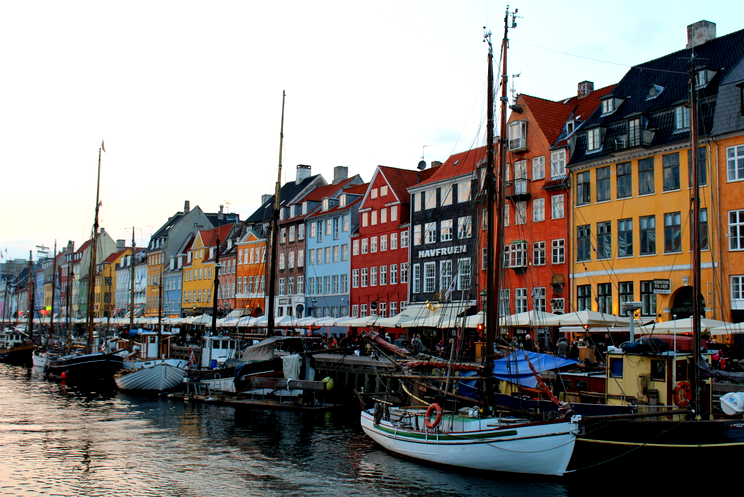 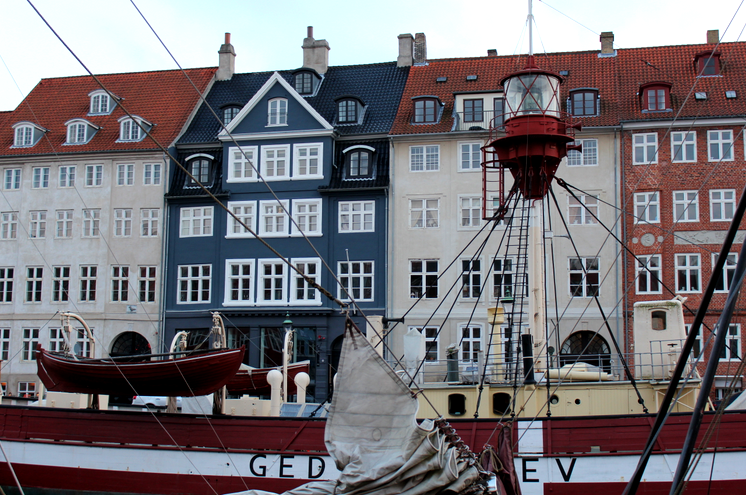 5. Christiania
No trip to Copenhagen is complete without a wander around this free town commune on the Eastern side that was surprisingly once a military barracks. Among bright murals, old factories have been converted to trendy bars where you’re likely to stumble upon a rap battle or reggae performance. The familiar shaped marijuana plant grows instead of grass on the street sides, and everyone (and I mean everyone) is puffing away on a huge joint. Christiania is a huge sprawling area but make sure to pass down ‘Pusher Street’ for a really surreal experience! The street is lined with little stalls selling every flavour and variety of marijuana you could dream of: all the sellers have their faces covered with masks or hats and bandanas – protecting their anonymity. As dealing weed is still illegal, absolutely no photos are allowed and the stalls are covered in military style camouflaged drapes to further hide them! 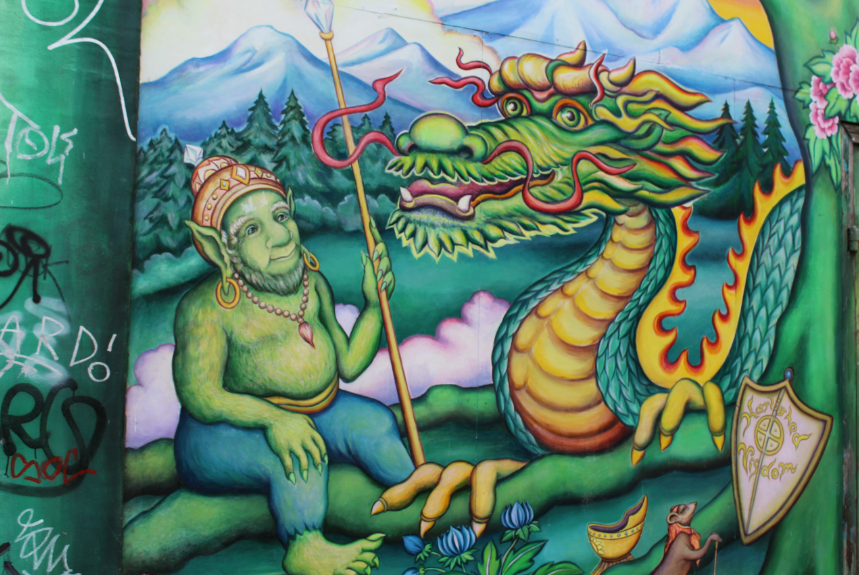 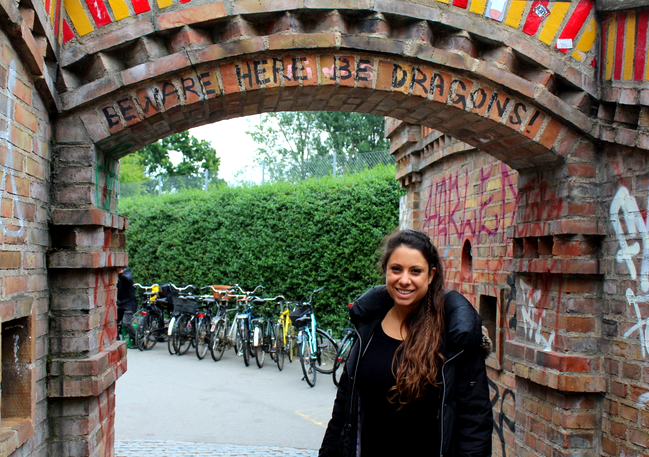 6. The Church of Our Saviour
Though personally I think the best tower in Copenhagen is the Rundetarn, I have decided to keep The Church of Our Saviour on my list of top things to do because it’s so beautiful. The golden dome with the sloping golden staircase really looks like a stairway to heaven. If you do decide to climb, be prepared for a bit of an anticlimax at the top. The staircase just narrows until you can’t really go any further and due to the big queues of people waiting to reach the top, you can’t even really stop and just enjoy the view. However if you do climb, take a break in the room of paintings – where they exhibit drawings by local homeless people or people suffering from metal illness. The church tries to look after them and give them a new hope in life though sadly a lot died since painting the pictures. 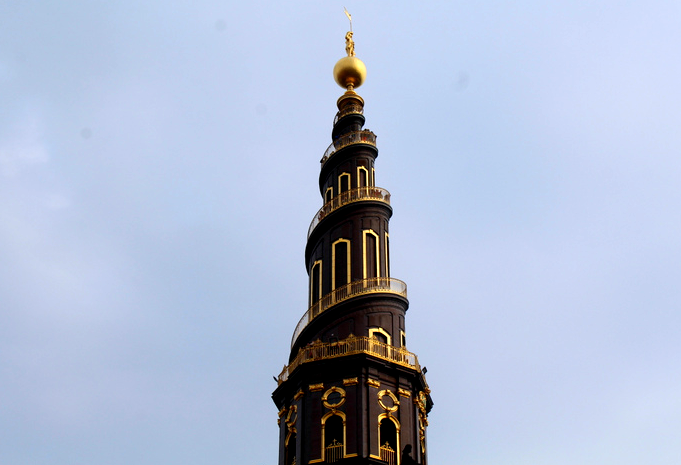 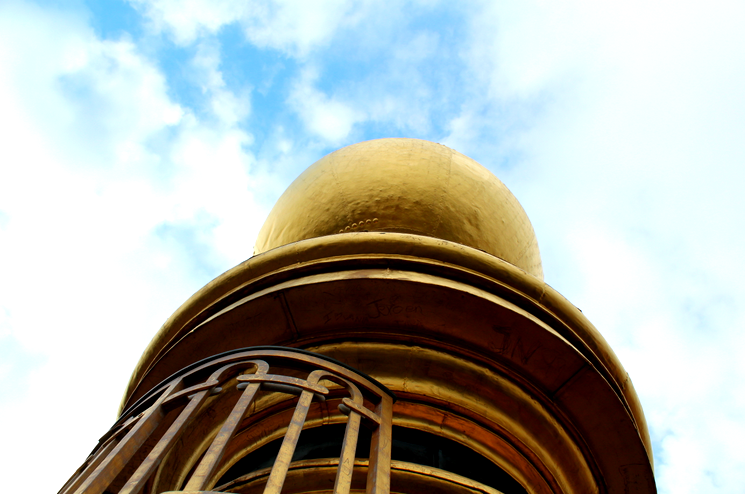 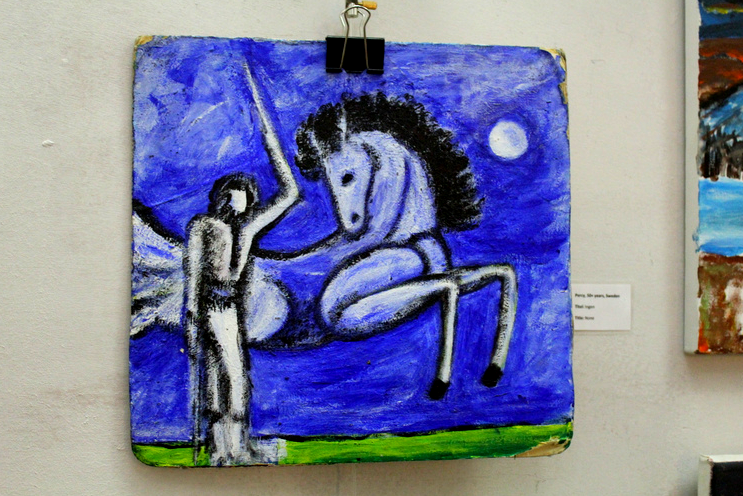 Famous throughout the world – Danish pastries, as you can imagine, are so much better in Denmark! There are loads of different varieties to be found in the little bakeries dotted around the town. Look out for a symbol of a pretzel above the door or alternatively just follow your nose! We found a particularly good bakery on the Frederiksborggade (on the corner with Nørre Farimagsgade) called Landbageriet which specialised in healthy pastries made with spelt which in my opinion gave them a lovely wholemeal texture and feel. My favourites were the traditional cinnamon rolls and the marzipan medallions (I love marzipan!) 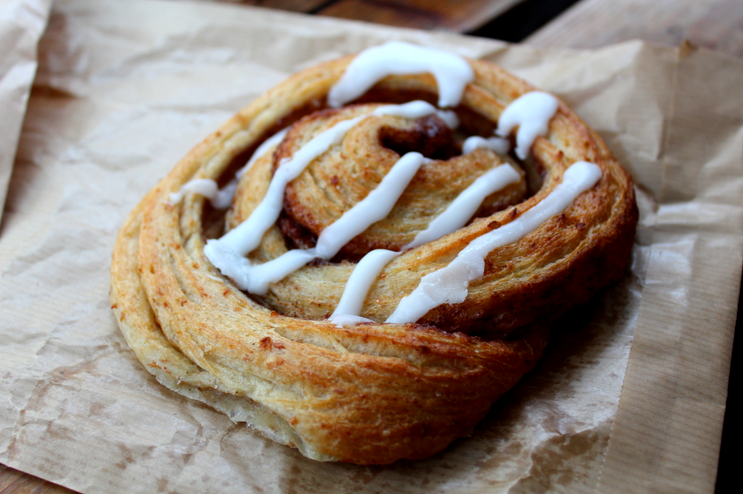 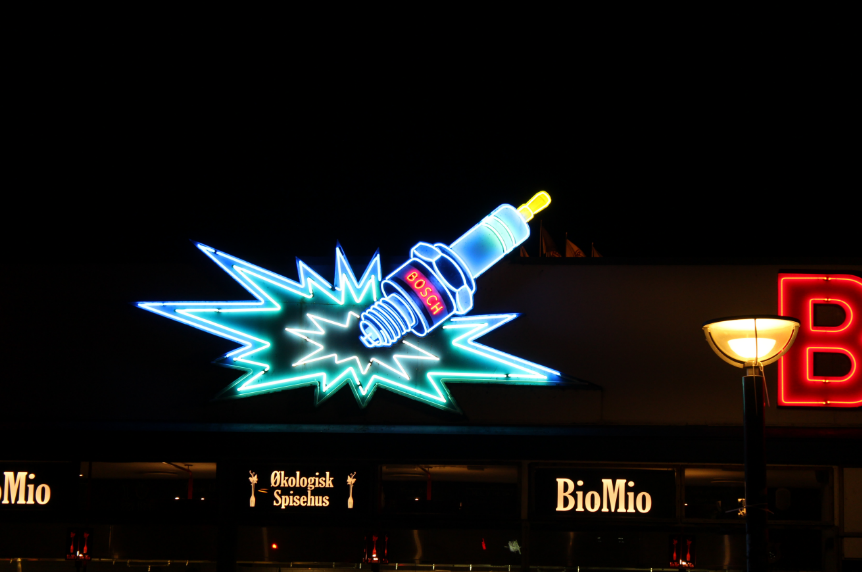 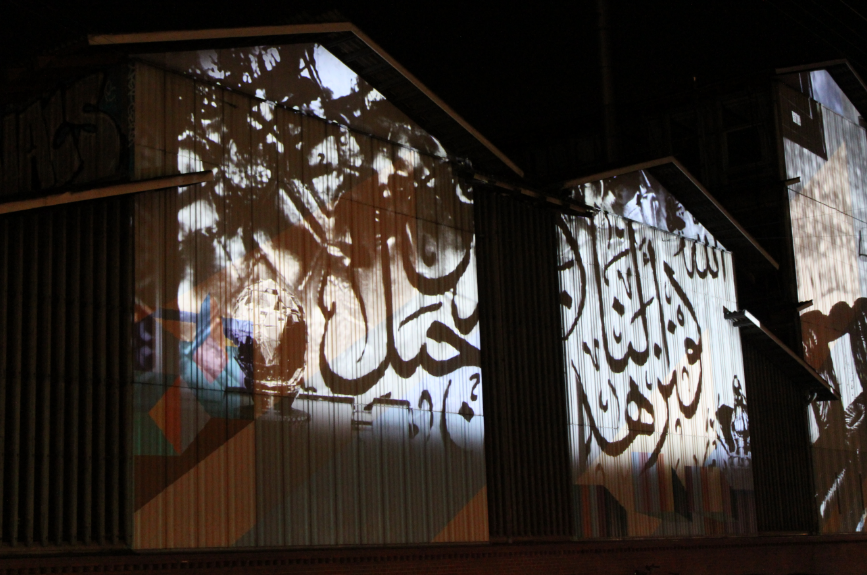 9. Runderårn (The Round Tower)
One of the most unusual towers I’ve ever climbed, this (still functioning) observatory dates back to the 17th century. It’s the only tower I’ve ever climbed that has done away with the usual gruelling steps and replaced them with a beautiful swirling ramp of old cobbled bricks! Look out for the exhibition space halfway up which usually has something interesting (The Dark Angels exhibition when I was there), the old latrine and the observatory itself at the very top. The viewing platform gives you a great view of Copenhagen and it’s quite thrilling to think that the famous astronomer Tycho Brahe once stood in the same place! 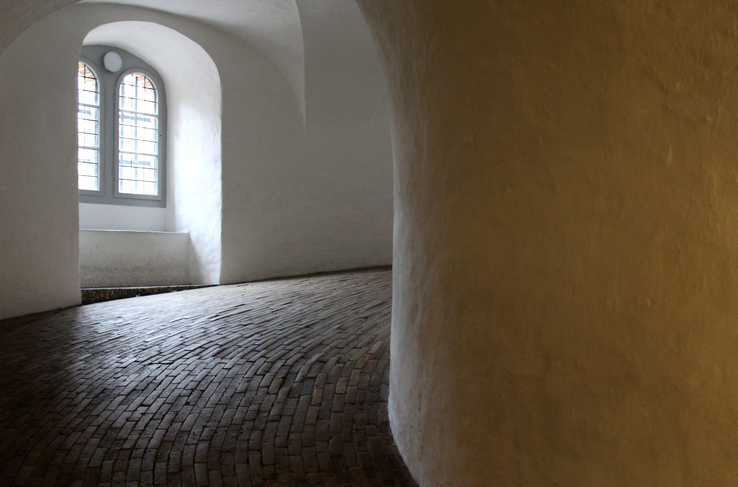 10. Check out the Nørrebrogade Flea Market

Every Saturday from 9am to 3pm, there is a line of tiny stalls along the yellow walls of the famous Assitens Cemetery on Nørrebrogade (where Søren Kierkegaard, Niels Bohr and H.C. Andersen are all buried). Here you can find everything and anything from south east Asian looking masks (I bought one myself for 50 kroner) to old photographs and pretty antique furniture! It’s quite fun just to walk along and browse – it has more of an authentic ‘flea’ feel than any of the markets in London. 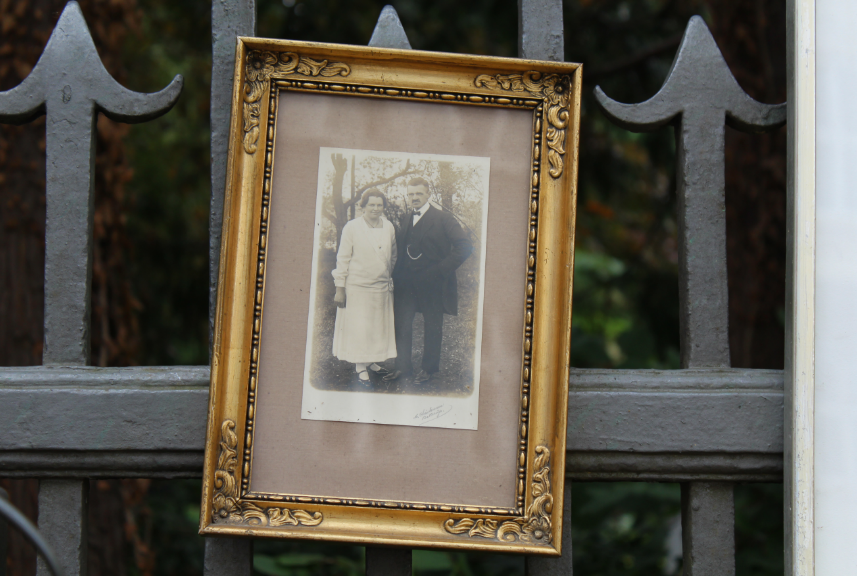 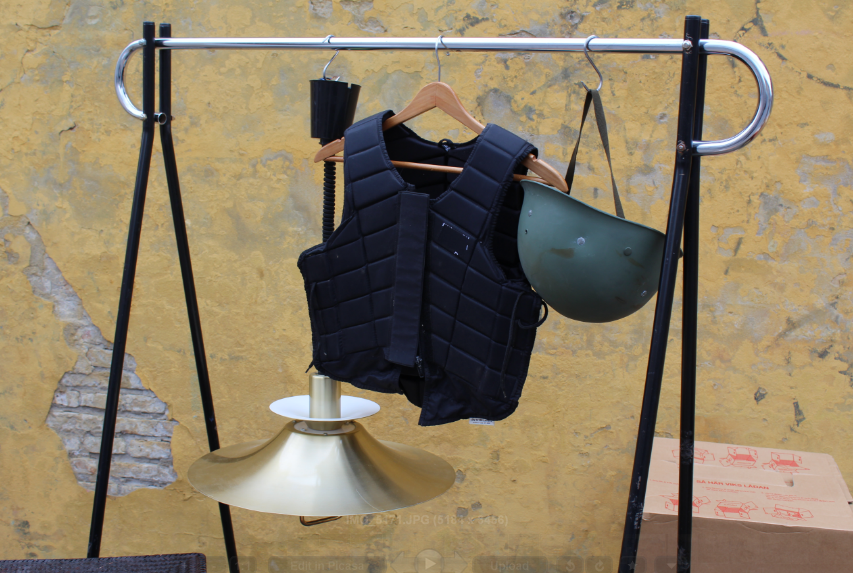 There are a million beautiful places to see in Copenhagen and these were just a few of my highlights but wandering around and getting lost is my strongest suggestion for any place in the world. Even though a weekend didn’t feel like enough, I still managed to get a taste of Copenhagen, and it’s a flavour I want to try more of!