The Riga Ghetto and Latvian Holocaust Museum is a simple little wooden house that once sat within the walls of the ghetto. Inside, it’s as if nothing has changed. A shirt, marked with a yellow star hangs poignantly from a hook, dusty toys are discarded carelessly on the floor where far too many people once lived.

Outside the museum is a long wall with the names of every Jewish person who died in Riga in the Holocaust. As you walk alongside the wall, it seems never ending. 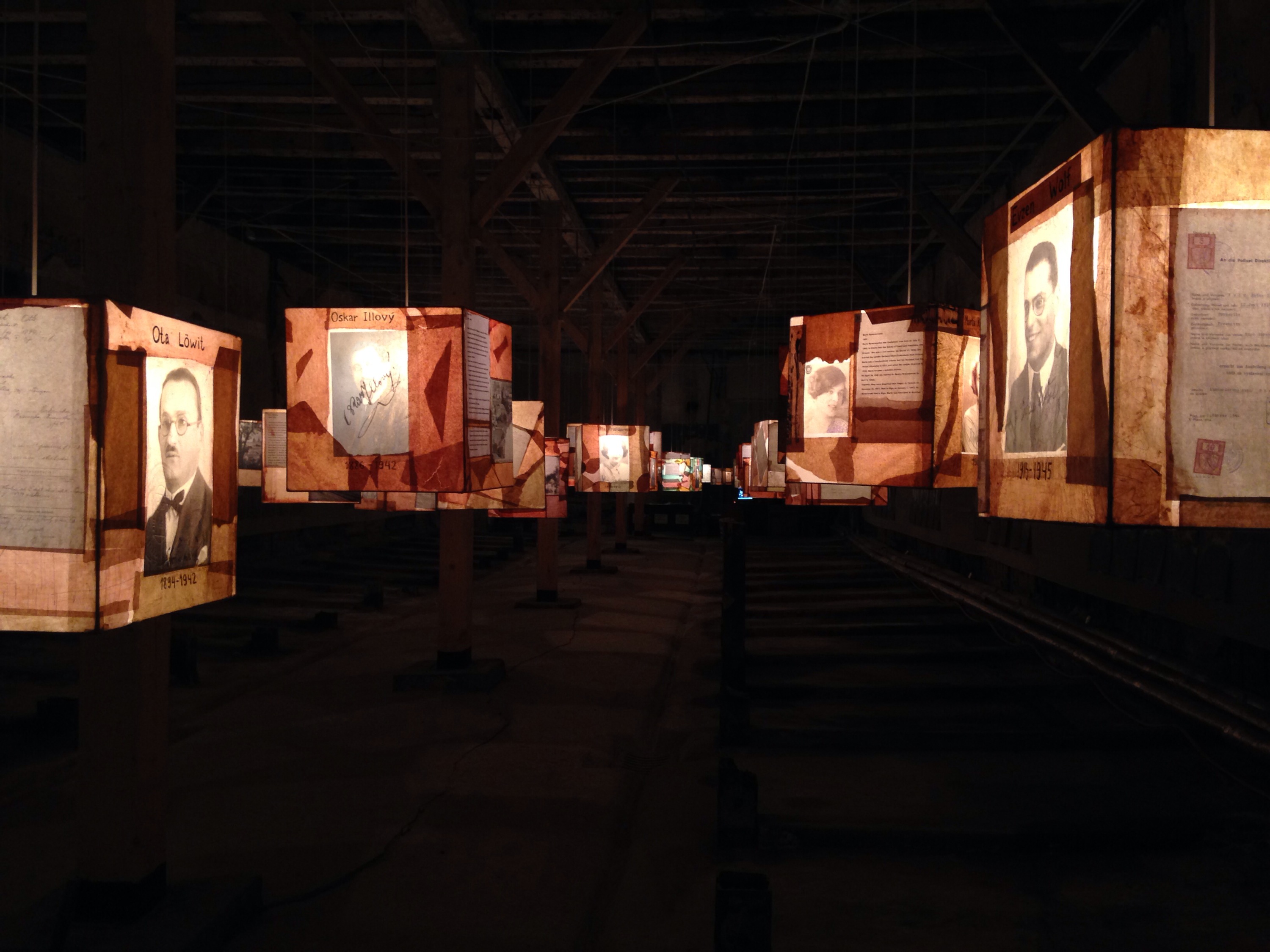 The museum is surrounded by old, dilapidated warehouses, mostly abandoned with shattered windows and dusty fragments of glass framing the holes. One of these warehouses currently houses one of the most painfully touching Holocaust memorials I have ever seen – the exhibition is called ‘3000 fates’.
. 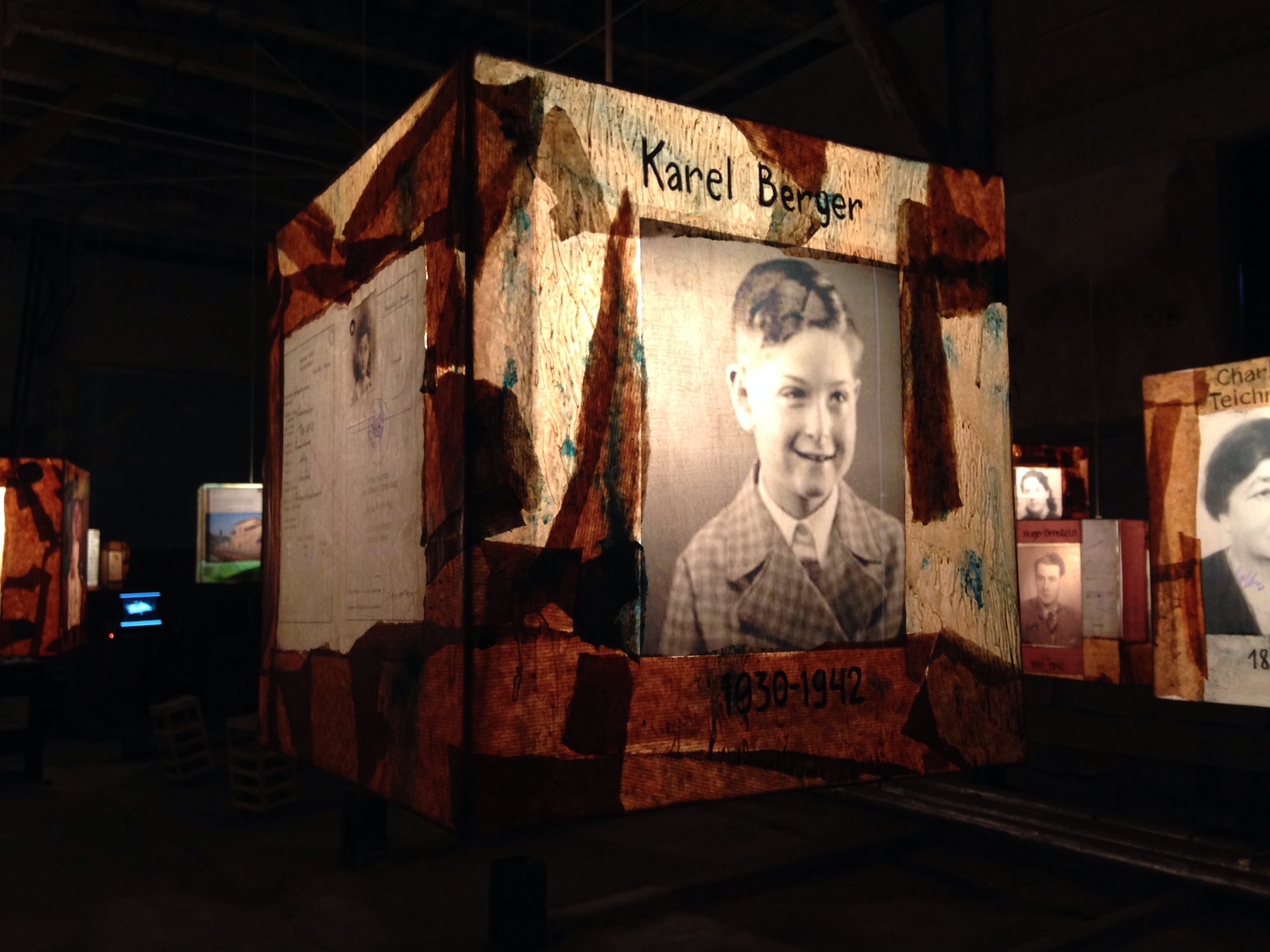 When you open the door of the warehouse, you walk into pitch darkness, shuffling carefully into the oppressive unknown. To see the 3000 fates, you need to flick the switch which lights up row after row of paper lamps hanging from the ceiling. Each lamp is decorated with stories of individual people – what happened to them, their hopes, their dreams, their fears. Despite the all consuming darkness, each soul shone out brightly – sparks of humanity, beautiful colours that should never, ever be forgotten. 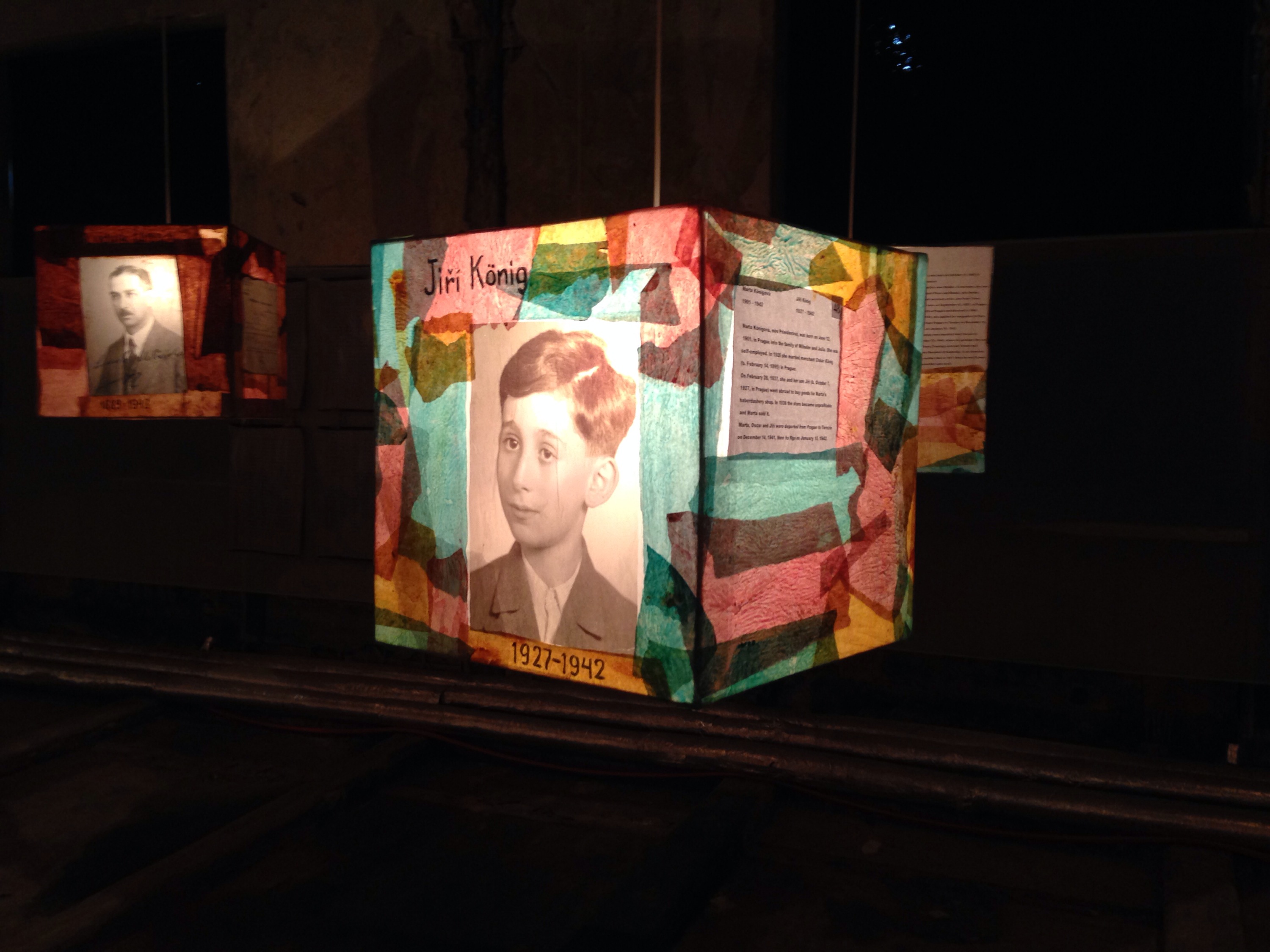 ‘The humane solution to the Jewish question’, ‘a comfortable settlement for deserving Jews’ and ‘the Fuhrer’s gift to the Jews’ – so the Terezin concentration camp was characterised by the Nazi propaganda. In fact, this city fortress of the 18th century about 60km from Prague was used by Nazis as a transit point for the deportation of Jews to extermination camps. It housed all Jews from the protectorate of Bohemia and Moravia as well as ‘chosen’ Jews from Germany, Austria, Holland, Denmark and Slovakia. The first transport with prisoners from Prague arrived in Terezin on November 24th 1941. During the ghetto’s existence up to its liberation by the Soviet Army on May 8th 1945, 678 transports arrived there, 66 transports were sent from Terezin to the East. 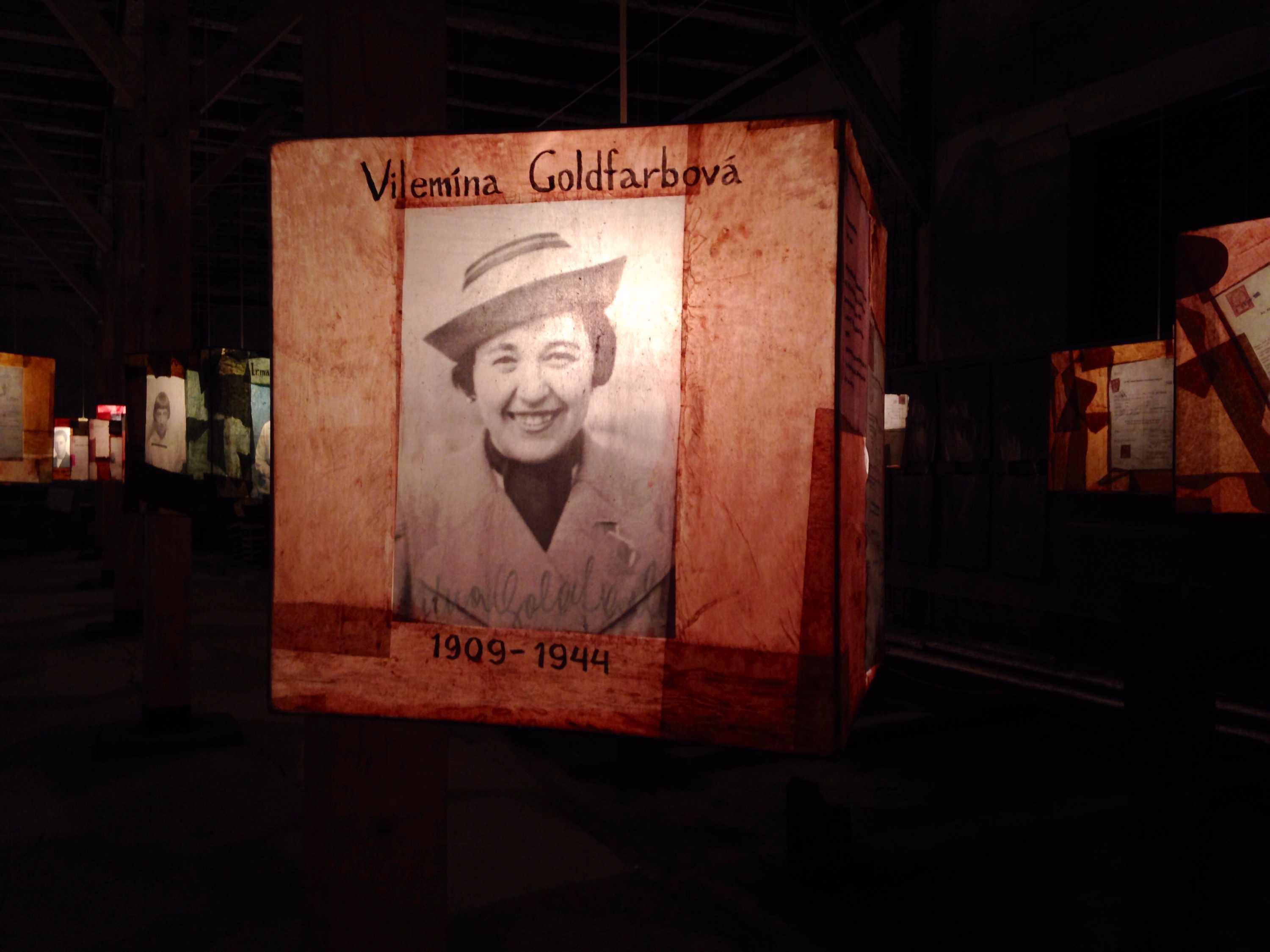 Between 1941-45, 153,662 prisoners passed through Terezin: 88,149 were sent to the death camps while 33,430 people died from hunger and the intolerable conditions in the ghetto. Against this background, there was an unprecedented upsurge of culture. Today works of Terezin composers are included in the classical repertoire, creations of Terezin artists are shown in museums and many countries and literary works of Terezin children have become a monument of free thought. 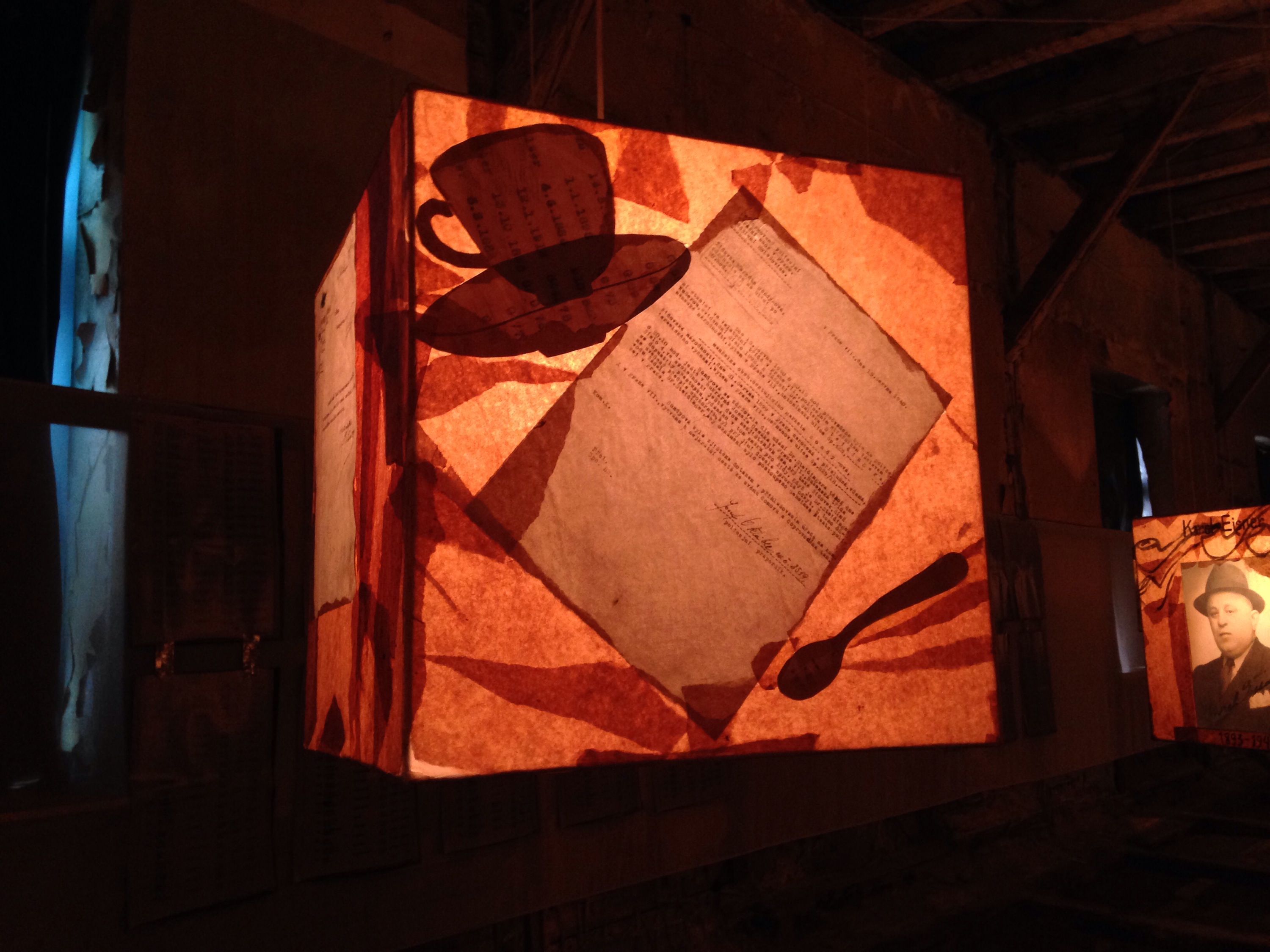 On August 23, 1941, the Nazis announced the creation of the Riga Ghetto in the Moscow suburb. By October 25, the entire Jewish Population of Riga was required to move there. About 30,000 Jews were put into the ‘big ghetto’. On November 28, in another quarter, some 4,500 able bodied men were places into what came to be known as the ‘small ghetto’, the ‘women’s ghetto’ of 500 prisoners was also formed. 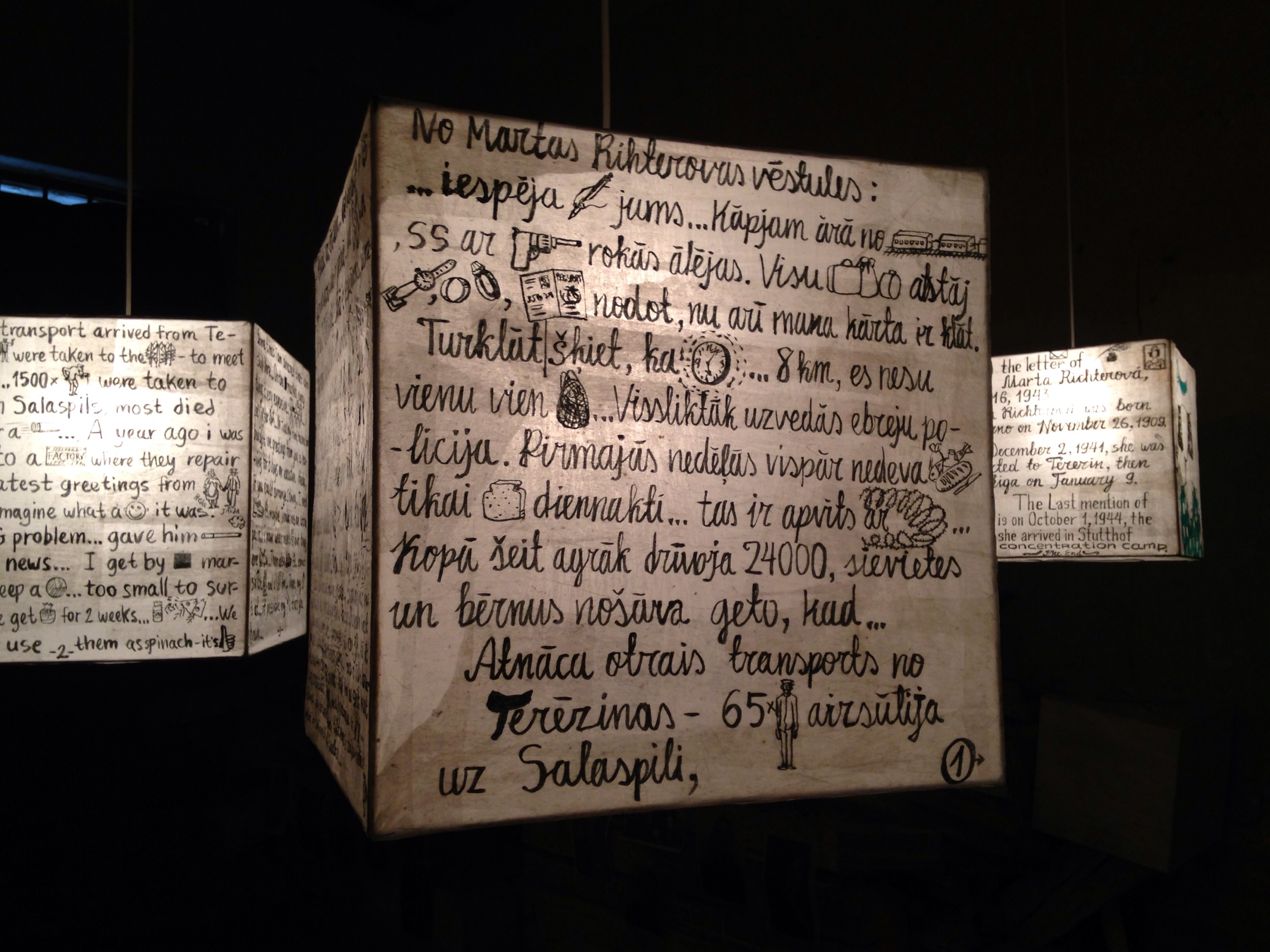 On November 30 and December 8 about 25,000 of the Riga Jews were killed in the Rumbula forest. From November 1941 to October 1942, the places of the murdered Jews were occupied with Jews deported from Lithuania, Germany, Austria and the protectorate of Bohemia and Moravia. The Riga ghetto lasted until November 2 1943 when the inhabitants were resettled to the concentration camp Kaiserwald. 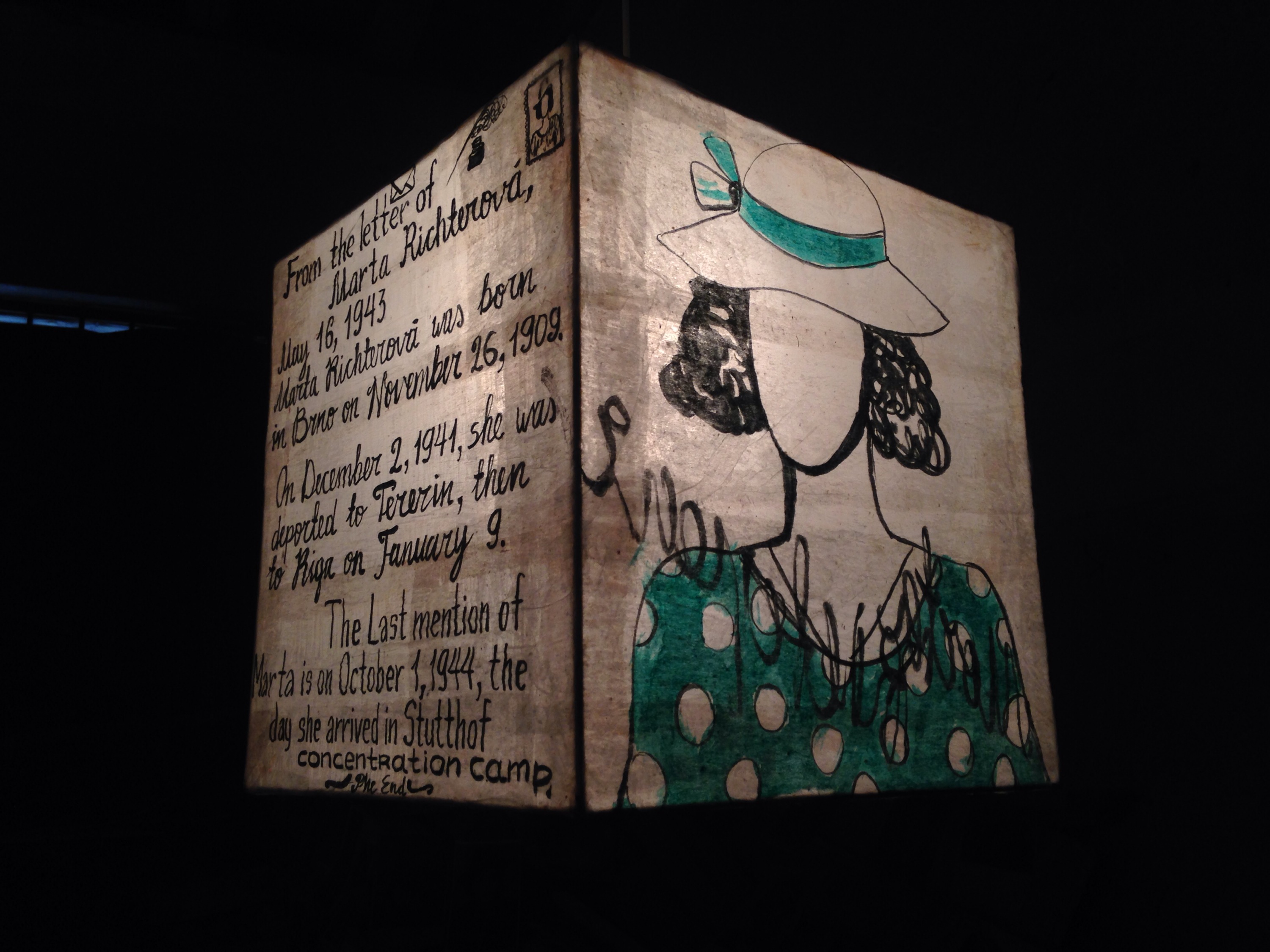 Transports from Terezin to Riga

Transport ‘O’ departed from Terezin at 2pm on January 9, 1942 and arrived at Riga on January 12th. From the 1000 prisoners that arrived, the elderly were put into buses and sent to the woods to be shot. The rest settled in the Riga ghetto. At the end of the war only 112 people were alive.

Transnport ‘P’ was dispatched from Terezin on January 15, 1942, arriving at the station Skirotava on the night of January 19. From this transport, a few dozen able-bodied men aged 18-40 were selected for construction of the Salaspils concentration camp. All the others were shot in a nearby forest. From the 1000 deported, only 16 men survived.

Transport ‘Bb’ was sent from Terezin on the 20 August 1942. All 1000 prisoners were executed. The exact circumstances of their deaths are still not known. 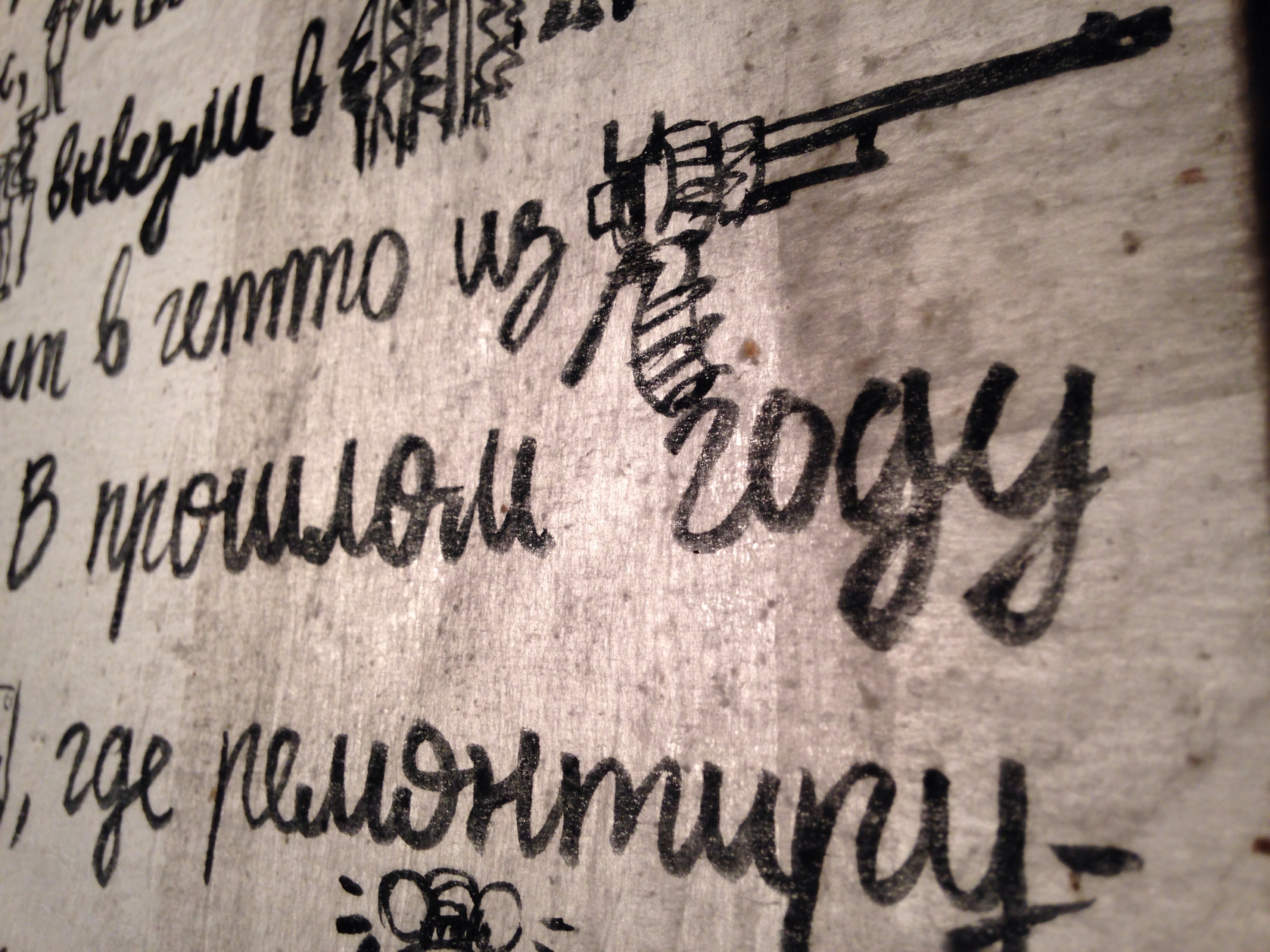 The above information is taken from the exhibition. A book (3000 Fates) was published to accompany the exhibition. The authors based the edition on documents and testimonies of witnesses, survivors of the Terezin and the Riga ghettos as well as the concentration camps Salaspils, Kaiserwald, Stutthof, Buchenwald, Dachau and death marches.

The exhibition is in the lesser known Moscow District of Riga, in a museum off the beaten track, and then housed in a seemingly abandoned warehouse. Yet it is somehow a fitting tribute to those people who should not be forgotten just because they weren’t in one of the more notorious camps. I would consider this one of the most important things to see in Riga – the memories of those people will stay with me forever.