Like many other children, growing up I dreamt that I was a magical being living hidden in the human world, and that one day someone would come and reveal my magical side to me.

Sometimes I was one of the fae folk, my wings invisible. I longed so ardently to able to fly that at night, when my eyes were closed, I’d take to the skies. Other times I was a mermaid – I love swimming under water and can hold my breath for ages. I’d delight at underwater worlds and felt there was nothing better than swimming among a shoal of fish and feeling their fins tickle my naked skin. 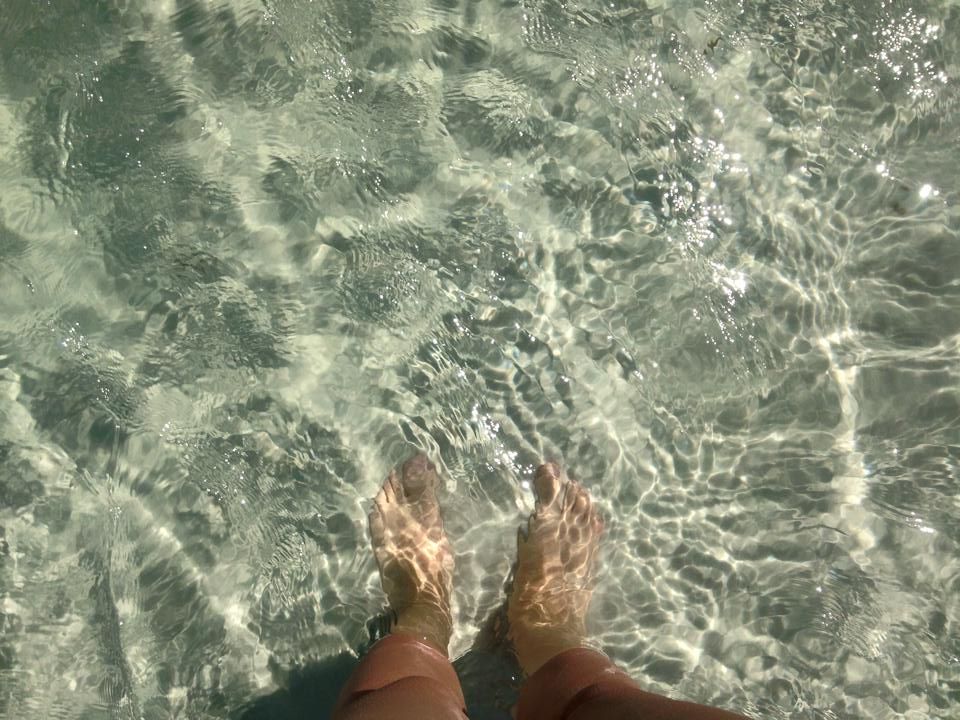 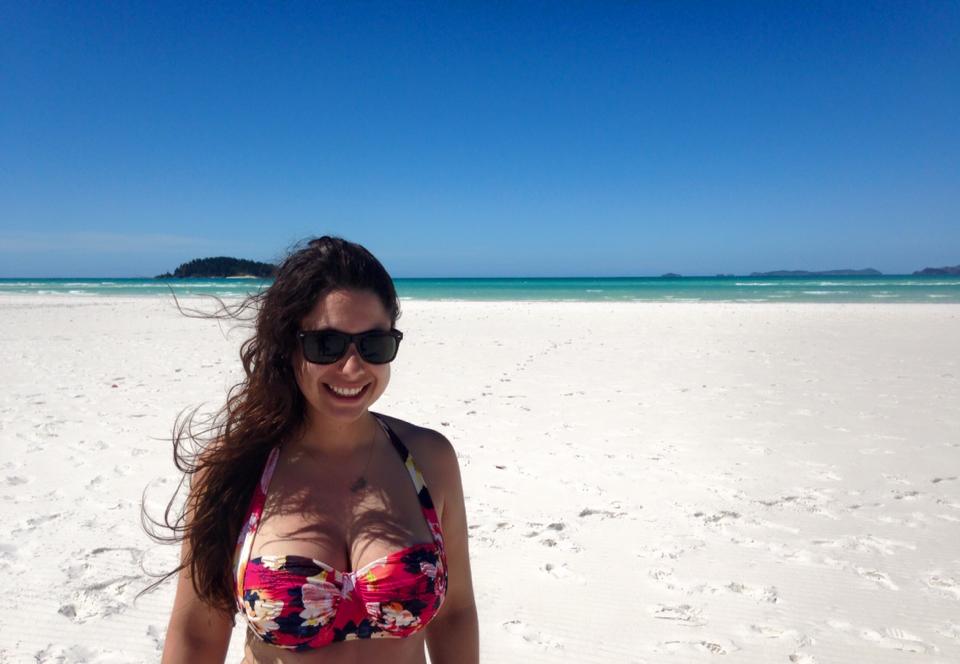 As I’ve grown older, though I’ve come to realise that perhaps I would be more of a siren than a mermaid, I’ve never given up on my hopes of being something else – an otherworldly creature.

There are many places I have been that to me feel like they have been touched by some kind of magic, and none more so than Whitehaven Beach in the Whitsundays. With sand so shimmeringly silver and water so shockingly azure, it’s impossible to believe that mermaids aren’t just a breath away.

The sand on this beach is the purest sand in the whole world at 98% (sometimes quoted 99%) silica, you cannot find sand that is naturally whiter anywhere else in the world. As a result of the colour, the sea water is also the most perfect turquoise you could imagine, and so wonderfully clear. Standing with my feet bathed in water at the shoreline, I could watch first the sting rays and then the tiny reef sharks come right up to us. 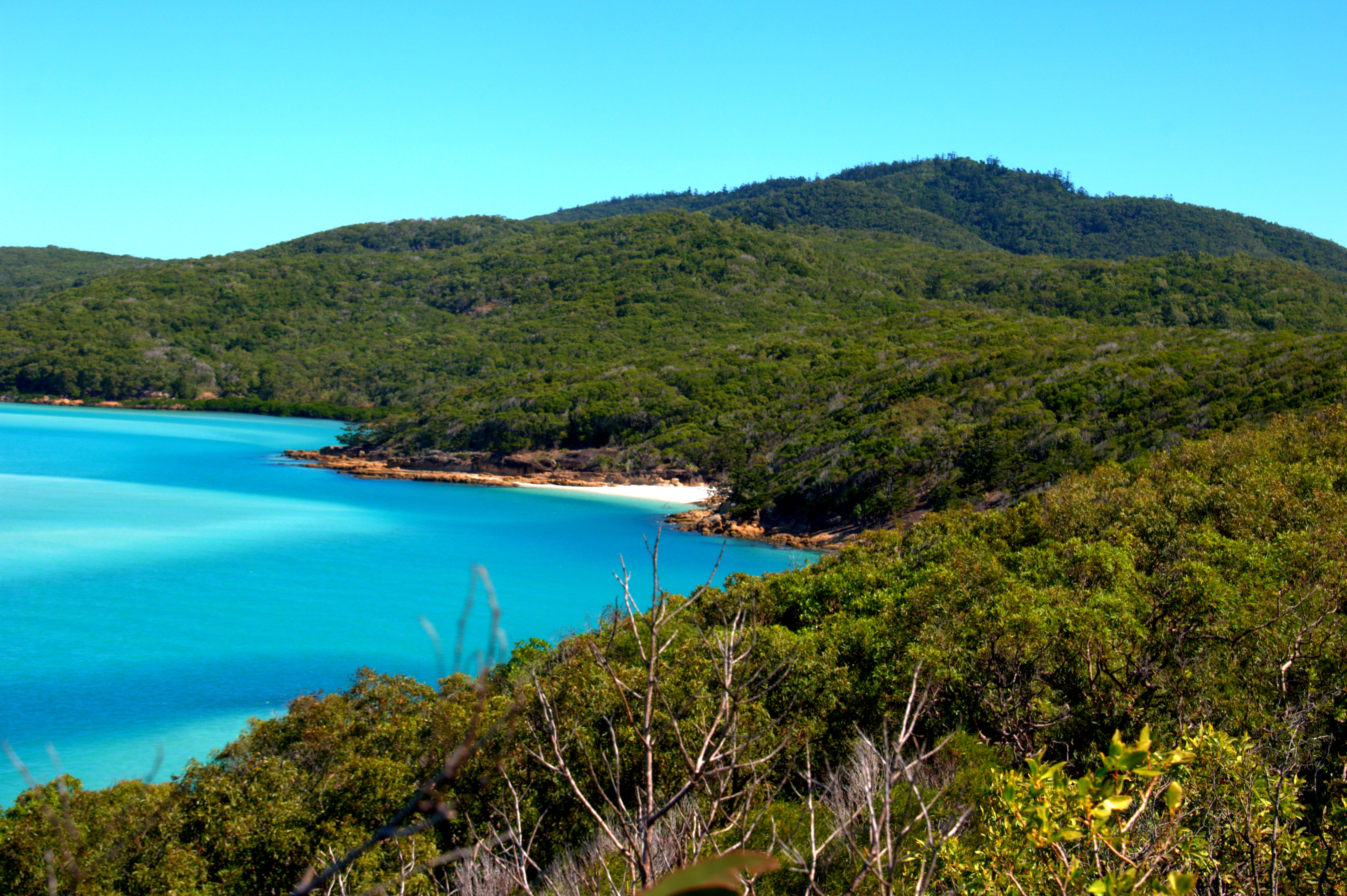 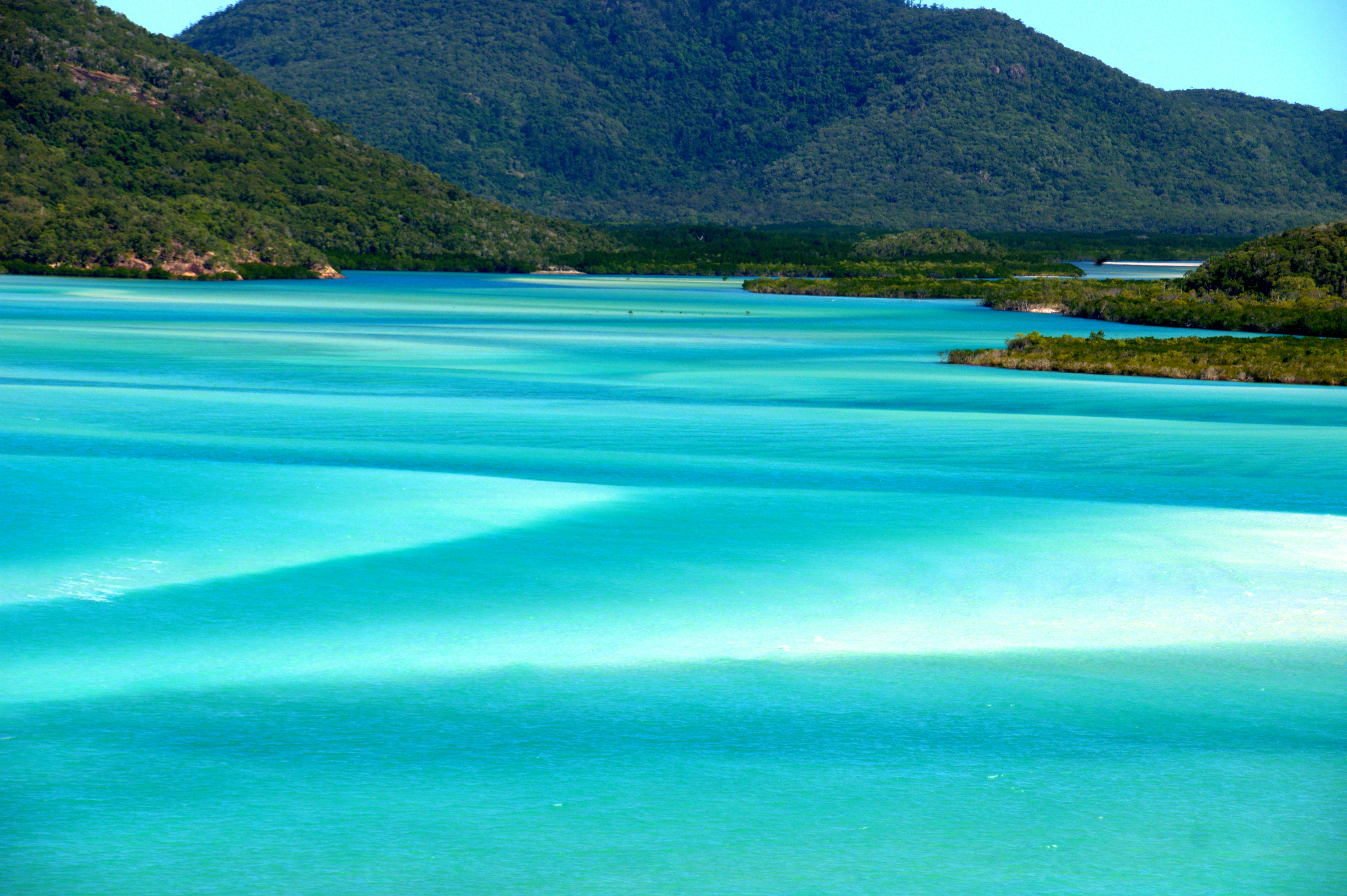 Another side effect of the silica purity of the sand is that it is incredibly fine, it feels like you’re walking over icing sugar –  a feeling unlike any I’ve ever had before which reinforced my conviction that this strip of paradise is, in fact, magical. The sand is so special, so rare that it’s actually protected – no one is allowed to remove sand from the beach, no one but NASA. The locals will tell you a story of how the lenses on the Hubbard Telescope are made from the sand from Whitehaven Beach. Whether or not this is true, I could not tell you – a journalist once tried to confirm it with NASA, but they had no records from the time. Either way it’s a lovely thought. The sand from this beach has helped dozens of people gaze at stars.

Make sure to walk up to Hill Inlet – it’s a beautiful walk through old gnarled paper trees to a beautiful view of the swathes and swirling sand below. As the tide moves in and out throughout the day, the sands move and change, and new layers are exposed. I love the idea that no one has seen exactly the same view from day to day. 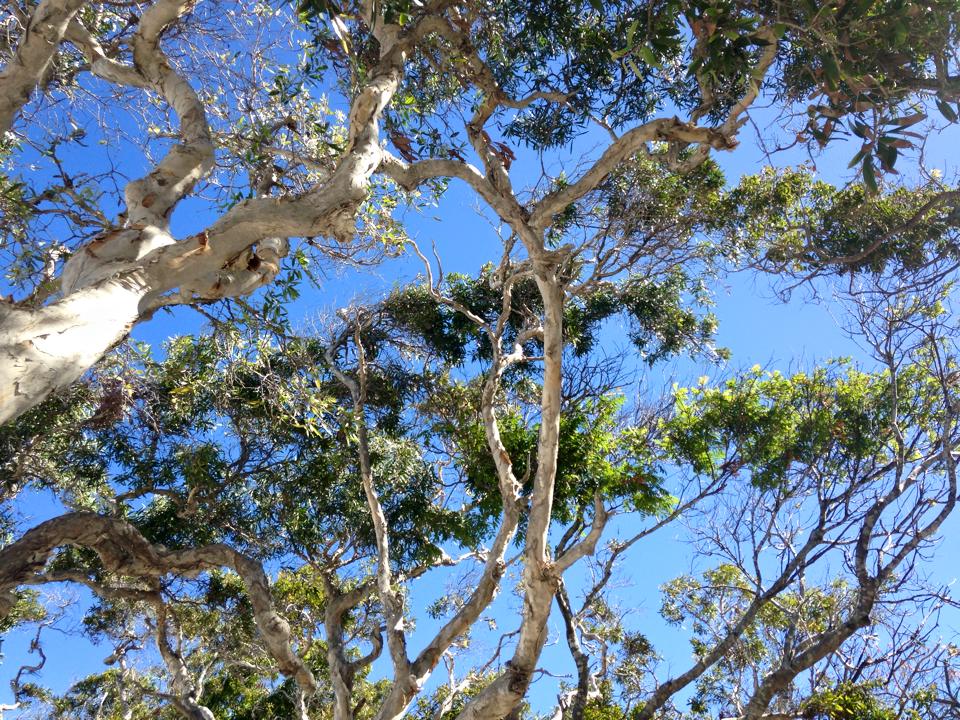 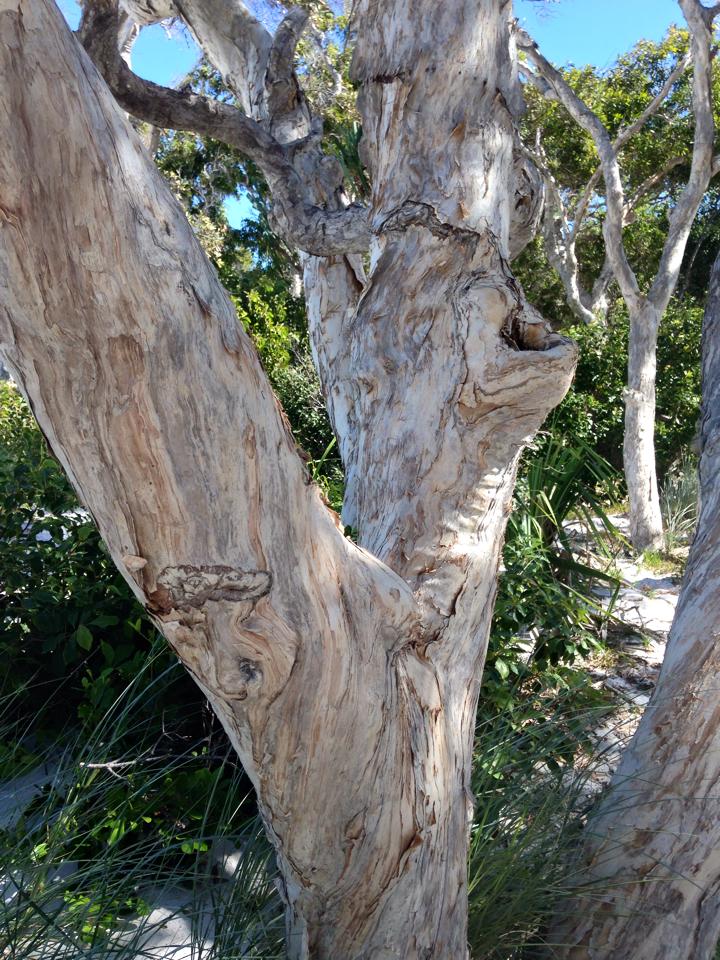 Look out for the sign that mentions the Ngaro children – though it leaves you with a mystery of far too little information – it made me smile to think of the many people who had stood where I stood over the years. The Ngaro aboriginal people inhabited this region of Australia for around 9000 years. Known also as the ‘Canoe People’, I had a vision of Aboriginal people coming to the shores and making love to my mermaids and mermen to create a beautiful race of water loving people. If there’s one place you visit in this world, make it Whitehaven Beach – this quiet natural park is so far away from anything else I’ve seen in my life, I struggle to remember whether or not it was real or all a beautiful dream. 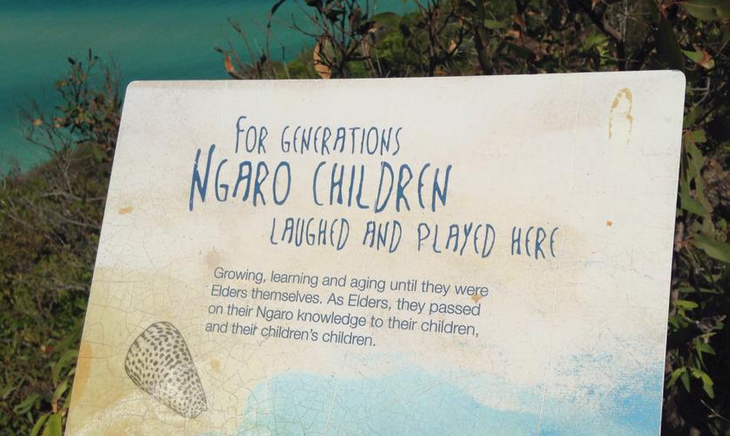 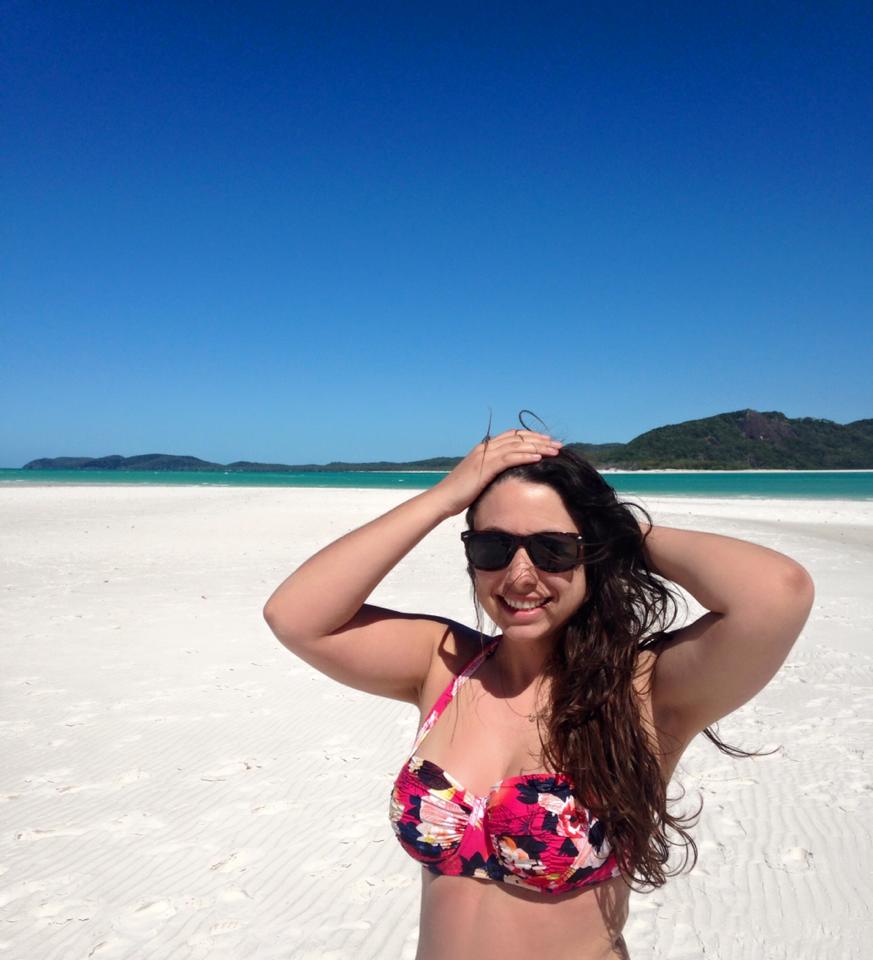