One of the things I like best about travelling in South East Asia is the abundance of truly tasty street food. I’m much more likely to be found eating 5 Baht mango sticky rice on the side of a road or sitting down to a delicious meal of Nasi Kandar on those tiny plastic chairs and tables on the kerb. However there is definitely something to be said for the elegant restaurants housed in old colonial palaces and villas, which we found plenty of in Vietnam! 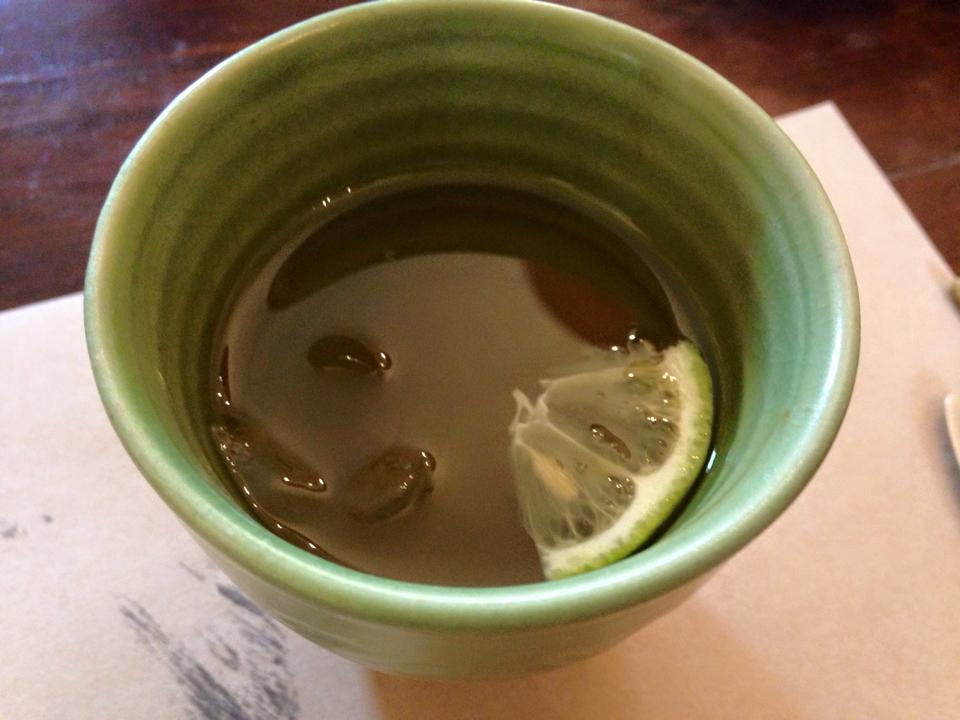 One of my favourite restaurants is called Madam Hien – named after the grandmother of the French-Vietnamese chef, who taught him about the perfume of the 37 streets of Hanoi. The pretty yellow house on Chân Cầm Street in Hoàn Kiếm is painted with touches of white and a deep seaweed green – colours that draw you back to the countryside of France. The house was once home to François Charles Lagisquet, an ex army architect who designed the Hanoi Opera House. When he died the house was sold to a Hanoian doctor who entertained Ho Chi Minh at his wonderful house in 1952. It then became the Spanish Embassy, looking after the King and Queen of Spain on their visits before finally becoming a restaurant. Inside, beautiful paintings depict scenes from Vietnamese rural life in soothing colours while old black and white portraits and shabby, peeling mirrors transport you to an earlier age. 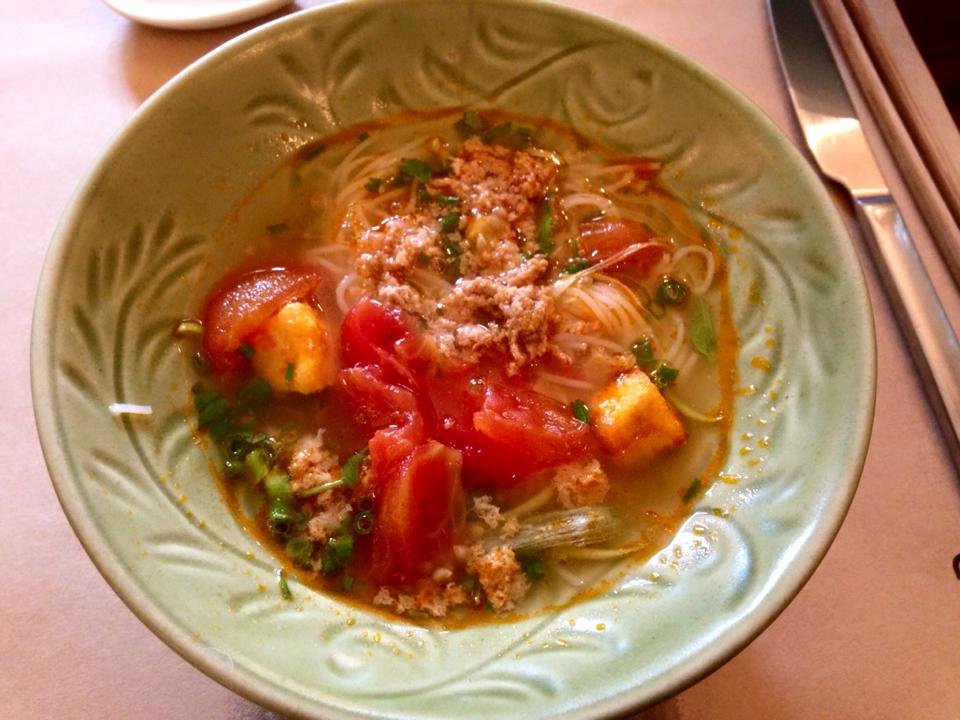 As soon as we sat down we were served a glass of cool lemongrass tea – a healing salve after the dense humidity and blistering heat outside.

We ordered the set lunch menu, which felt very reasonable considering the beautiful surroundings and delicious food (VND198,000 – roughly £6) though obviously a lot more than an average restaurant or street vendor. To start I ordered the crab noodle soup (bún riêu) – a deliciously perfumed soup with subtle notes of the white crab flesh. I only wish there had been more! 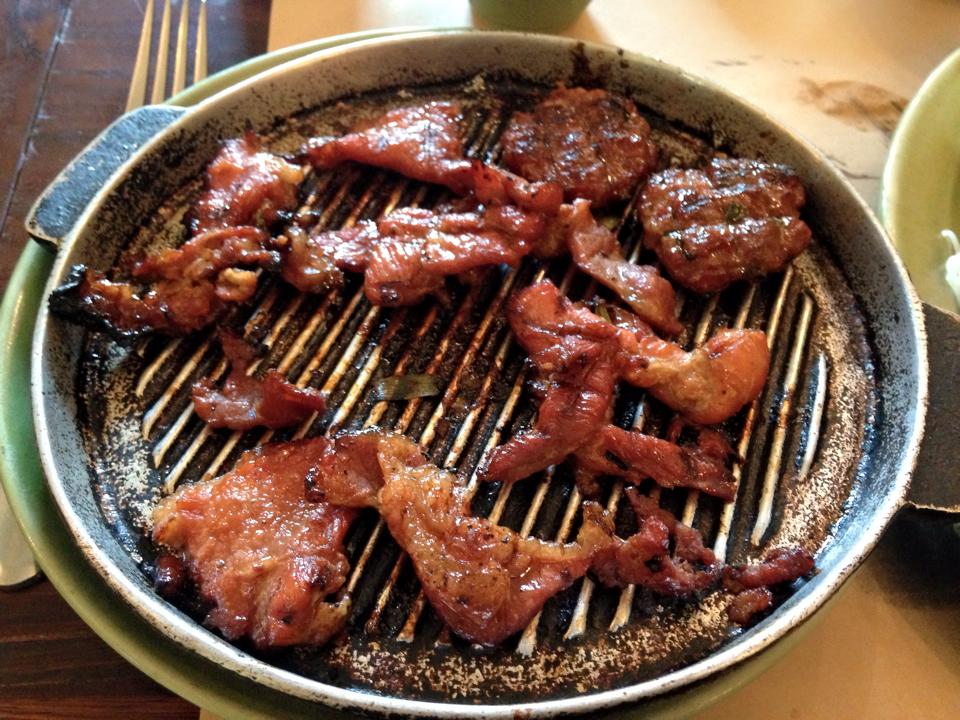 This was followed by a sizzling plate of bún chả – the traditional dish of Hanoi. The thinly sliced pork is grilled until the spicy marinade turns thick and sweet and is served with rice noodles, fresh leaves and dipping sauce. Bún chả is probably my favourite dish in Vietnam! 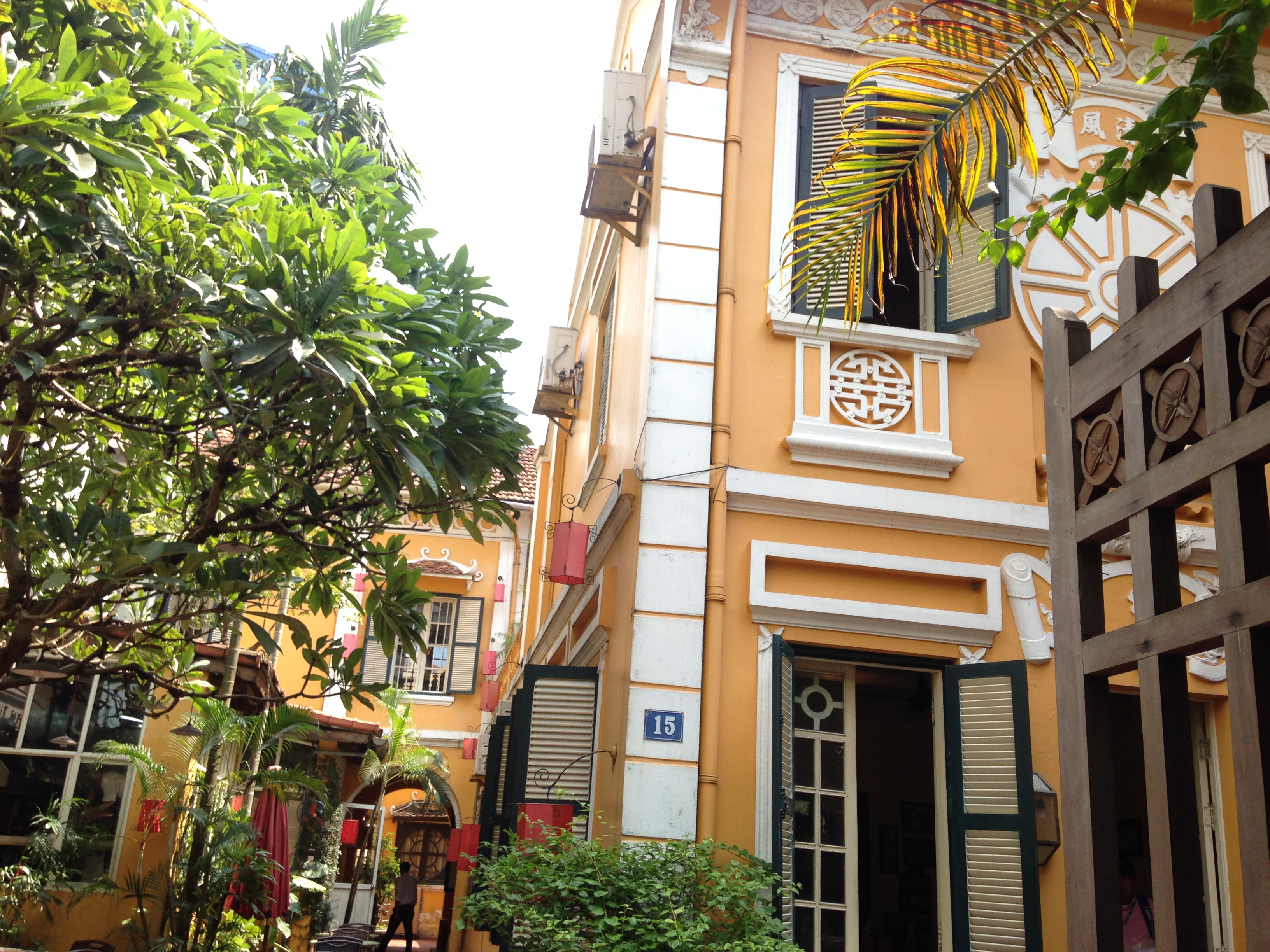 We sat for a while at our table in the courtyard listening to the fountain gurgling away contentedly. Beyond the gates echoed the noises of the street, but they were muted, separated from our oasis of calm. I wondered how many colonial officials had whiled away the hours in this very courtyard, probably with a gin and tonic in hand. I felt compelled to seek out some literature on the French occupation years of ‘Indochine’ which despite spending two weeks on Vietnam, I still knew so little about.

To complete our perfect meal we ordered a selection of their home made ice creams. I very strongly recommend ordering the ‘com’ ice cream – made from freshly harvested green sticky rice that is toasted to bring out it’s subtle flavour. The best com comes from Lang Vong, a small village near Hanoi which has been growing and making the green rice for 700 years. I can think of few ice cream flavours that could rival this creamy yet fresh taste! 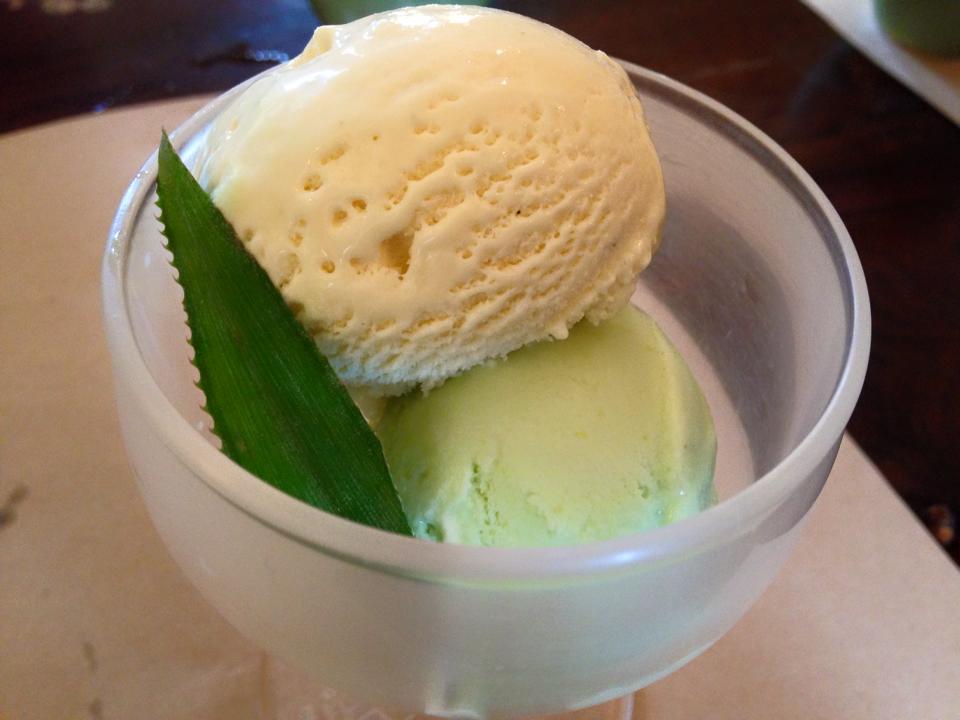