In a faraway world where the cobalt blue sky seeps into the crystal clear waters, and a few white wisps of cloud unfurl out in the sunkissed air like candy floss, there’s only one true way to roam these isles and that’s in a sailing boat. 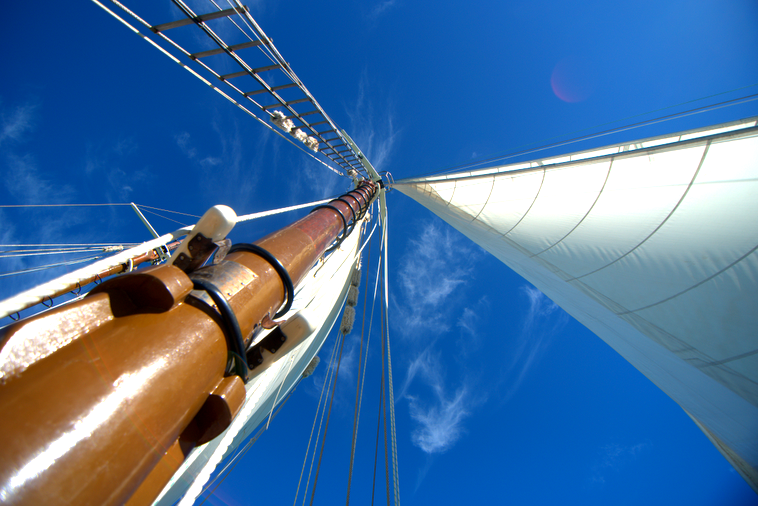 The Derwent Hunter was built of Blue Gum, Tasmanian Oak, Celery Top Pine and Huon Pine in 1946 in Tasmania. The ship was built by Walter Wilson the great, it was his last ship, designed and built by him at the age of eighty. His design brief was to create a fishing vessel that could also be used for gentlemanly pursuits. I can’t think of a better gentlemanly (or womanly) pursuit than to sail through the Whitsunday Passage up to Hook Island in the path of Captain Cook. 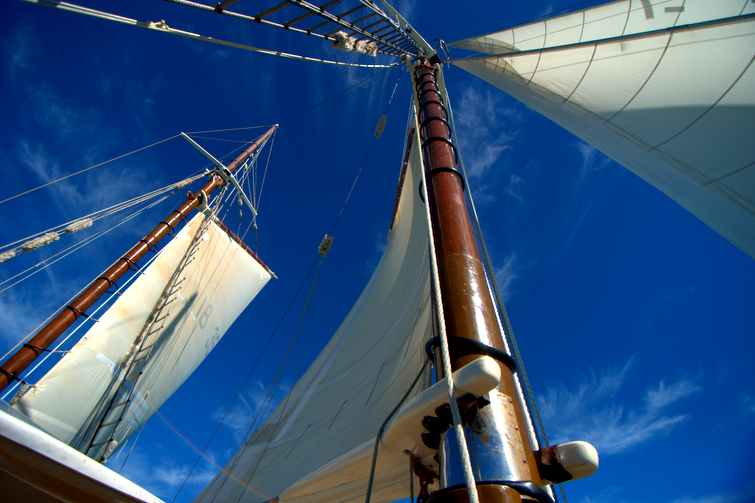 Following its stint as a shipping vessel, The Derwent Hunter was bought in 1950 by the Commonwealth Scientific and Industrial Research Organisation to be used as an oceanographic research vessel in the Southern Ocean, Bass Strait and Tasman Sea.
While conducting research including salinity tests, and plotting the East Coast Australian Current, a sea mount was discovered by her crew (an extinct volcano that was once above the water’s surface, rich in seabed fauna with species and corals found no where else in the world).
Information from the Derwent Hunter was also used to track whale migration and sightings by the Hunter in the Whitsundays are still used to this day! 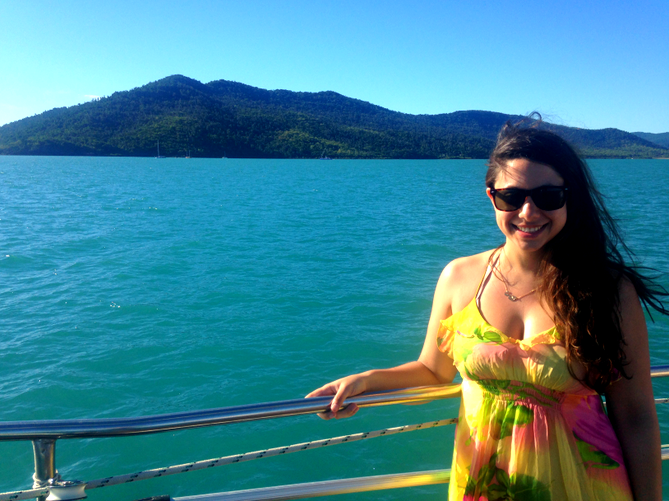 After working in research, the Derwent Hunter was spotted and chosen to portray the ‘Pacific Lady’ in hit TV series from the 70’s called ‘The Rovers’ which followed the lives of a crew of an Island Schooner and the two people who chartered the ship – a wildlife photographer and writer. As a result there’s plenty of of the local animals featured in the 39 colour episodes! During those years, The Derwent Hunter also had a somewhat shady role as a gun runner for rebel forces in East Timor! 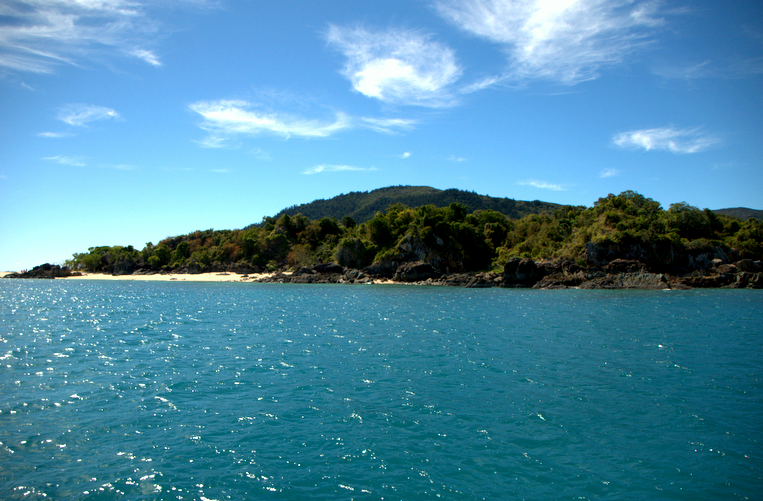 It was so unreal to spend the day on a boat with so much history. While the other tour companies and their fast motor boats are a lot of fun, nothing beats being a part of the life of this beautiful ship which is so clearly loved and cared for by the owners and the crew. While you’re sailing peacefully through the bright blue waters under a blazing sun, you’ll be encouraged to help out with hoisting the sails and it’s a wonderful experience that makes you feel truly part of the expedition! 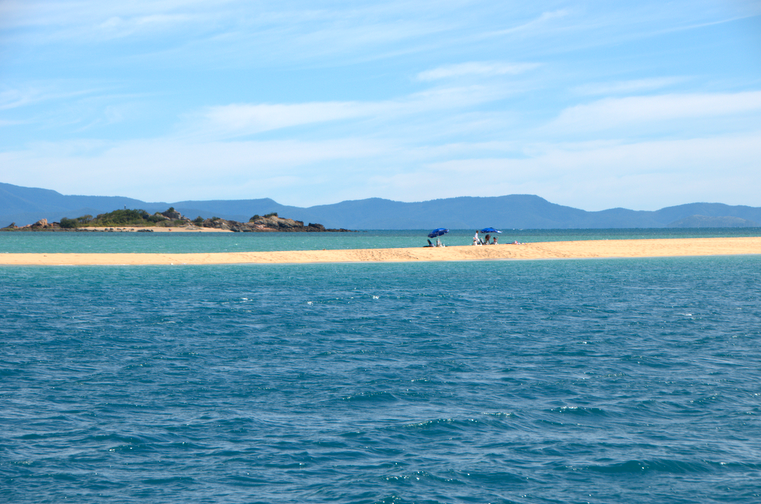 The Derwent Hunter may cost a little bit more than other companies but you know you’re money is going to keeping this beautiful lady alive and kicking as she has extensive (and expensive) restorations. The day trip also takes you to two snorkelling spots that other tours don’t (as the licenses to stop there are higher). The Derwent Hunter stops off at Langford Island Reef and Bali Hai for two full hours of snorkelling at some of the most beautifully pristine reefs I have ever seen that fringe the white sand beaches of little lost islands. These areas are to the north of the Whitsundays, near Hook Island, which is a protected park and your experience will be so much better for being alone in the water in a private group, far, far away from civilisation. 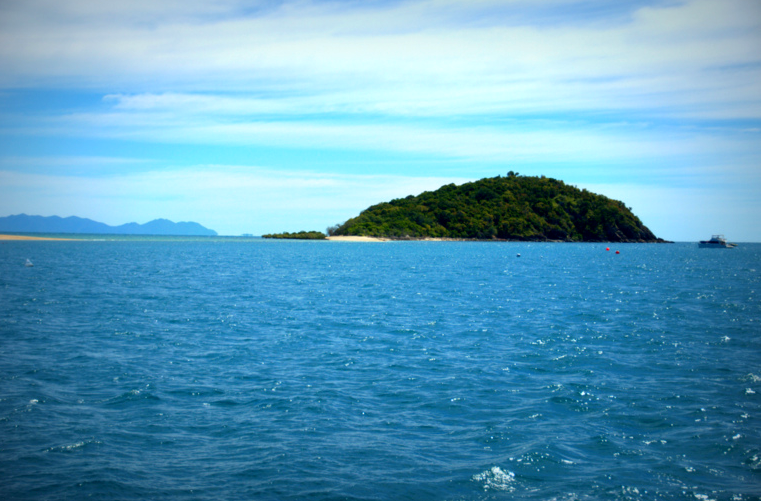 Langford Island was my favourite part of the Whitsundays. In the tendrils of waving coral lie giant turtles, totally zoned out, as if somewhat high, which they are really, as they eat the jellyfish and the poison from the stingers has a similar effect! I’d like to think that the sounds down there create a symphony of music and imagine that the turtles are having a wonderful time chilling in the blue depths. If you’re lucky you’ll see them swim up to the top for some air where they bob for a few minutes before paddling down once more! 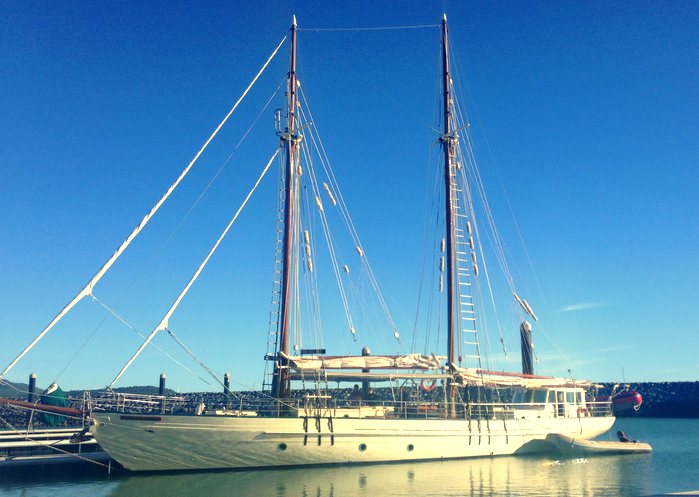 If you’re going to the Whitsundays you have to spend a day on the Derwent Hunter – you’ll feel just like Captain Cook when he first sailed down the Whitsunday Passage. The slow pace gives you time to really appreciate the nature and the views and you’ll visit the best snorkelling sites in the area. The crew are some of the friendliest, most passionate people around and there’s no way they won’t let you leave without having had one of the best days of your life! One of the men on our trip had been on the boat 20 years before while travelling around Australia as a younger man, I’d like to think that in 20 or 30 years I’ll return to the Derwent Hunter and that she’ll still be somewhere in the world, faithfully sailing the seas.