Hugh MacDermott is the founder of ‘MacDermott’s Argentina‘, which offers tailor made holidays to Argentina, specialising in horse riding and the gaucho culture. Hugh has travelled extensively around the world, but especially in South America, making gaucho friends at various estancias along the way, and taking such beautiful photos on his journeys that you can’t help but want to join him! His holidays seem to be truly unique. 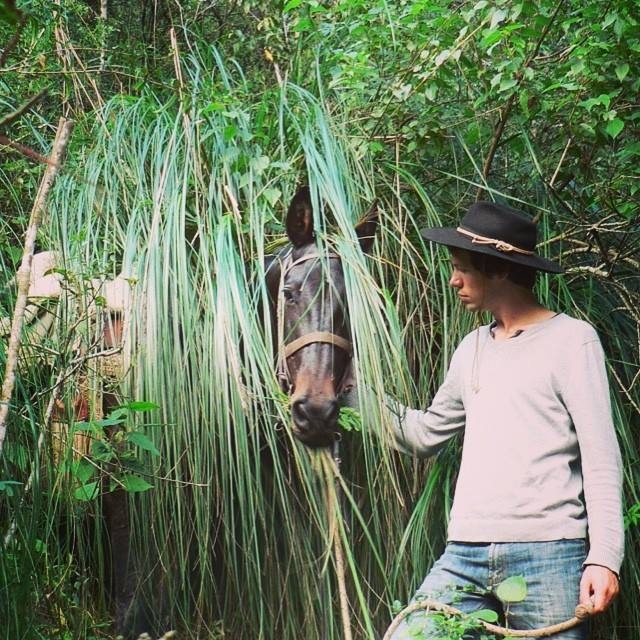 Hugh was kind enough to talk to me about himself, his company and his travels.

Hi Hugh, do you think you could start by telling us a bit about yourself – where are you from, how long have you been riding and how did you get into horse-riding?

My mother is an Irish artist and my father is an English soldier. My parents separated not long after I was born and both moved around a lot – I lived in over twenty different places growing up – so I’ve never felt I belong to any particular nation. I’ve being sitting on horses for as long as I’ve been alive. My mother taught me and I started backing and training horses with her from a young age. 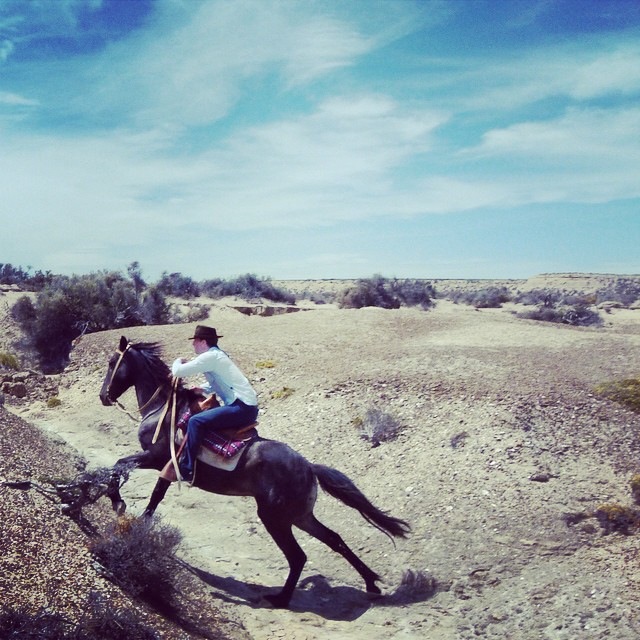 Riding to the beach on the Peninsula Valdes. Photo courtesy of Ernie Breuer

I see from your website that you started off working in horse holiday ranches in Africa, do you think you could tell me a bit more about your job there?

I went to Africa when I was 17. The company is called OffBeat Safaris, they do safaris of different types in Kenya though they specialise in horse back safaris near Masai-Mara (where you ride from camp to camp). My job was assistant guide – which really meant chatting to the guests and making gin and tonics!

What made you decide to leave Ireland?

I was already moving around a lot so it didn’t feel like a big decision at the time. If you read my most recent blog post (I’m in a book) it does seems as if there has been some planning to my life though I really just go where the river takes me. I’ve been travelling all my life but only round a handful of countries.

What’s your favourite country you’ve been to? 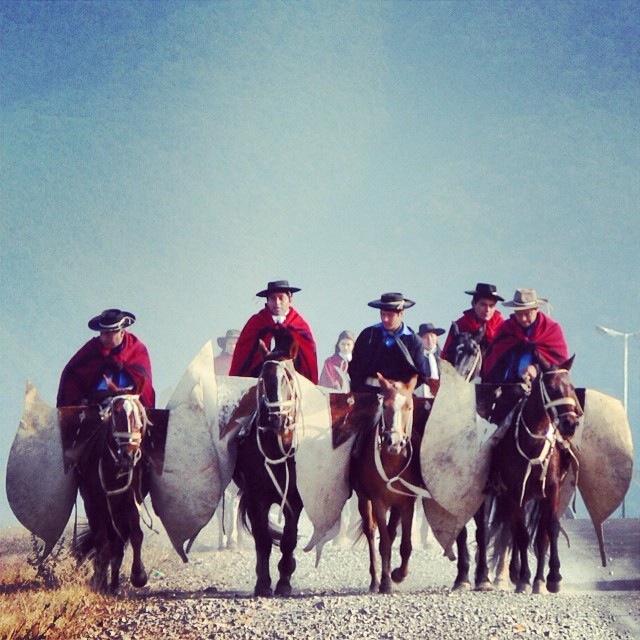 Tell me more about the gaucho culture – what do you you like best about it?

Gaucho culture is entwined with Argentine culture and what I most enjoy about both is how open, friendly and generous they are.

Pretty rough but I get by.

I’m guessing there’s no such thing as a ‘typical’ day for you – but if you can, try and describe what you get up to!

At the moment I’m in the office from 8 till late so my days don’t make for interesting reading. When I’m guiding it entirely depends on the holiday. We specialise in horse riding holidays though we do all types of holidays in Argentina and occasionally in the neighbouring countries. I guide our main riding holidays but I also guide some of our hiking trips as well as some of the road trip holidays. 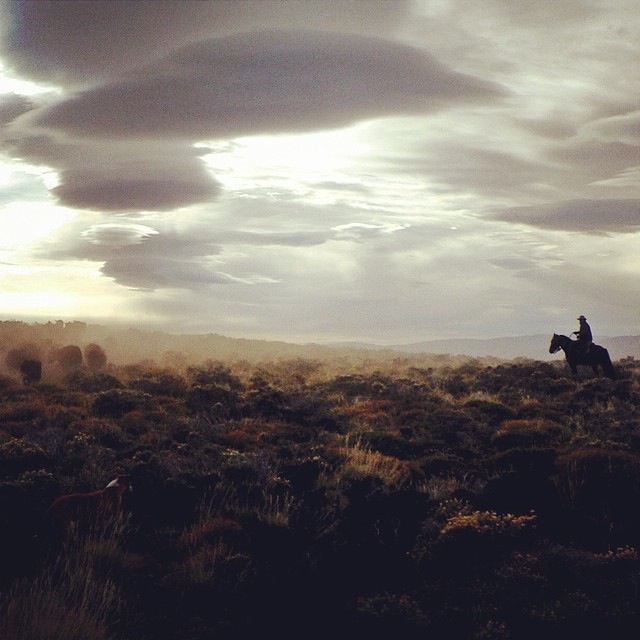 Which of the adventures organised by your company is your favourite?
We organise a cattle drive in Patagonia which is great fun and I also love riding on the beach.

I see you’ve tried your hand at rodeo, what was it like?

I’ve ridden in seven rodeos. The last one was in Juan Jose Castelli about five years ago. I took a bad fall and was peeing blood for several days afterwards – that kinda put me off riding in rodeos.

The build up to getting on is the worst bit of the rodeo. I shook like a leaf every time – I used to tell the gauchos I’m shivering for the cold, which bearing in mind that the north (where I did five of the rodeos) is in the tropics they thought was hilarious. Once you’re on and they let the horse go you just go into auto-pilot. 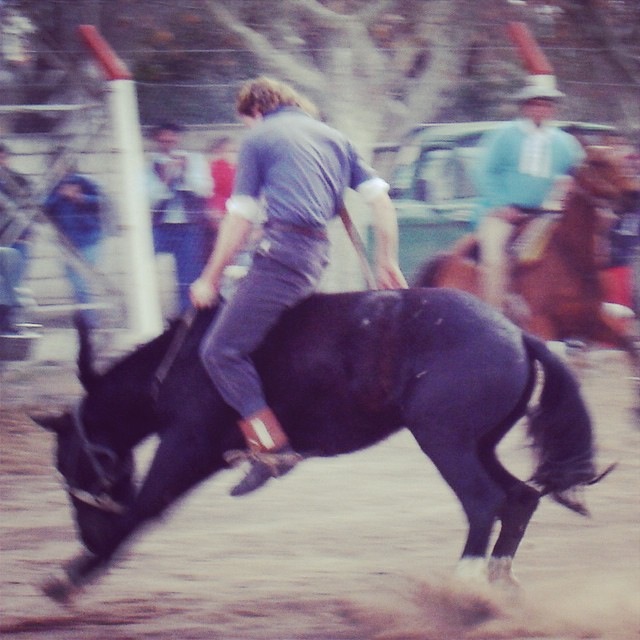 What’s your favourite breed of horse to ride?

Criollo, they have a slow canter, which is like sitting in an old comfy armchair.

Do you own any horses of your own out there in Argentina?

Just one now. I spent two years tramping round Argentina on a horse and I still have him today. He’s called Pancho Panza – he will always be my favourite. 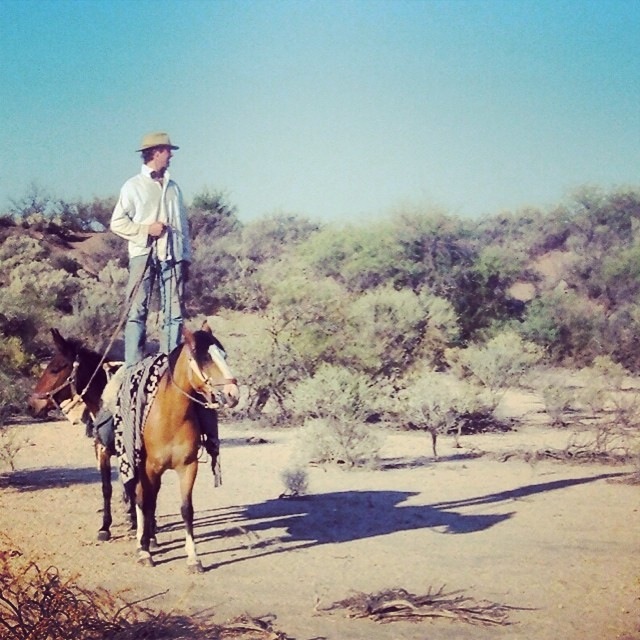 If you could ride anywhere in the world (that you haven’t yet) where would it be?
I’ve never been to the States and I’ve always wanted to go to one of ranches.

Finally what would you like for the future? Do you see yourself staying in Argentina and expanding the business or do you have other dreams to pursue?

I don’t see myself ever leaving Argentina. Concerning the business, it is slowly growing and though I have a few ideas of where I would like to take it so much depends on what happens in Argentina over the next couple of years. 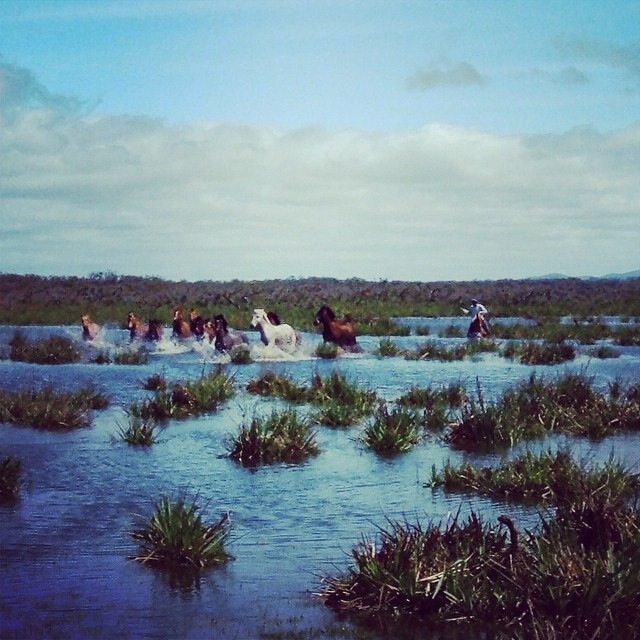 Though I haven’t yet been to Argentina, I’ve always longed to explore the home of the criollo horse and the birthplace of pato and I could honestly spend all day listening to the beautiful Argentino accent! I know that if and when I do make it there, I’ll be contacting Hugh to arrange my trip! I especially like the sound of the Estancia Rivadavia in the Tierra del Fuego! 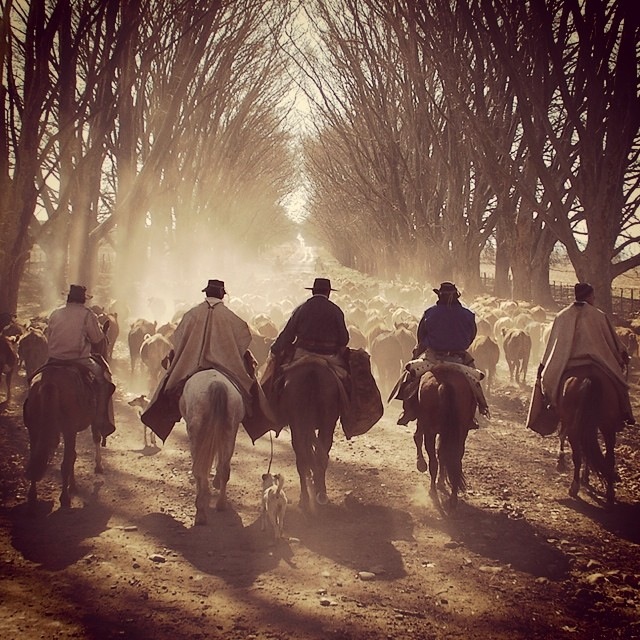