Long ago, the great warrior men known as the Fianna roamed the wilds of Ireland. They had no lands so sometimes they stayed in the homes of noblemen and kept the peace for them, but mostly they lived by their spears and arrows, hunting for their food and trading furs and pelts. The last leader of the Fianna, Fionn mac Cumhaill has a story of his own as he was the ‘giant’ who built the famed Giant’s Causeway across to Scotland! However this story is about his son, the renowned poet Oisín. There are many versions of this tale, but this was the one told to me by a local man as we travelled through the nine glens.

One day Fionn and Oisín were walking along a path in their native country, Antrim when they came upon a very bizarre creature. The creature had the body of the most beautiful lady he had ever seen with the head of a pig! She told them her story, of how a druid had cursed her for refusing to marry him and banished her to the land of humans, far from her native home and the only way to break the spell was to find a man who would agree to marry her. Now Oisín was a kind man and the code of the Fianna was one of honour and generosity, so he agreed to marry her. At the wedding, once they had said their vows, the pig’s head vanished and the woman beneath was even more beautiful than Oisín could ever have imagined. She revealed herself to be Niamh, the princess of of Tír na nÓg, the otherworldly realm of everlasting youth and beauty, home to the Tuath Dé and where they were destined to travel now they were married.

Fionn begged for his son to stay, not to go, for he knew that once he had travelled across the sea on Niamh’s magical horse, he could never come back.

And then I mounted and she bound me
With her triumphing arms around me,
And whispering to herself enwound me;
He shook himself and neighed three times:
Caoilte, Conan, and Finn came near,
And wept, and raised their lamenting hands,
And bid me stay, with many a tear;
But we rode out from the human lands. 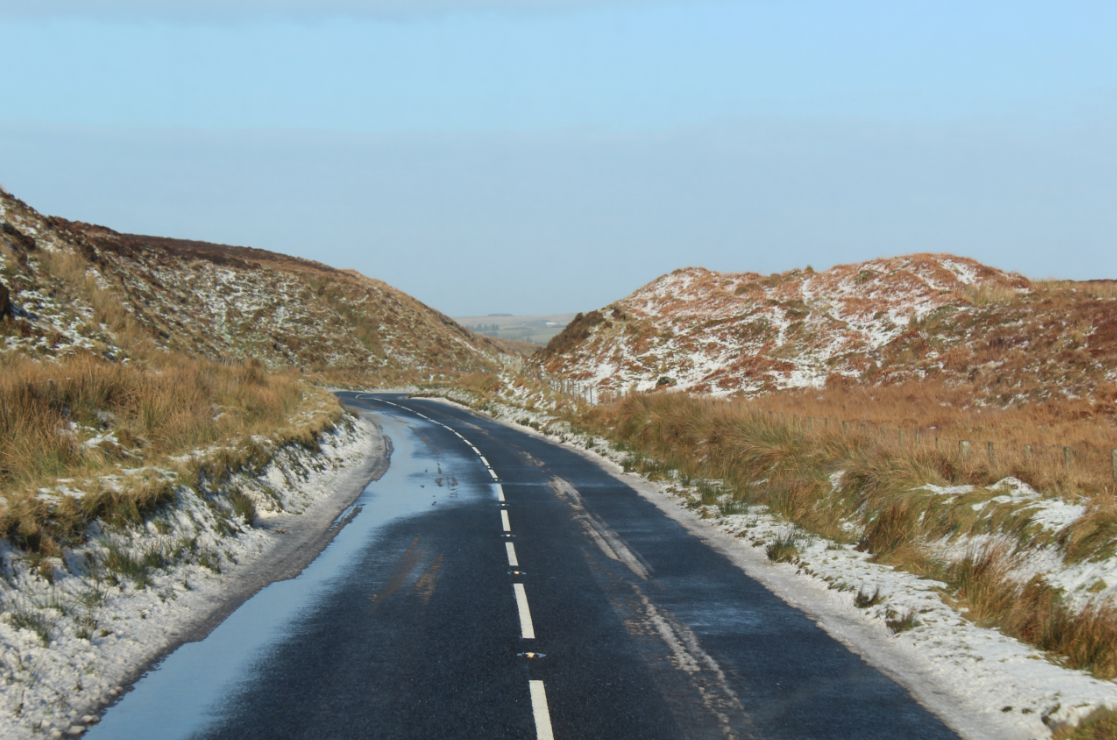 For many, many years they lived happily in Tír na nÓg, and Oisín lost track of just how many years for there was no time in the otherworld. After a while though, he longed for his family, the Fianna, ached for the rough wild coast of Antrim and the soft comfort of the Nine Glens. He begged his wife to let him return and at first she refused but as she slowly watched the sorrow and pain dull his light and overwhelm him, she eventually relented. She took him to her magical horse Embarr, who could run across the wide expanse of sea, his hooves never quite touching the water, and warned him that he could never get off the horse, never let his feet touch the ground, for if he did he would instantly grow old and die and would never return to her. With many promises, he set off. 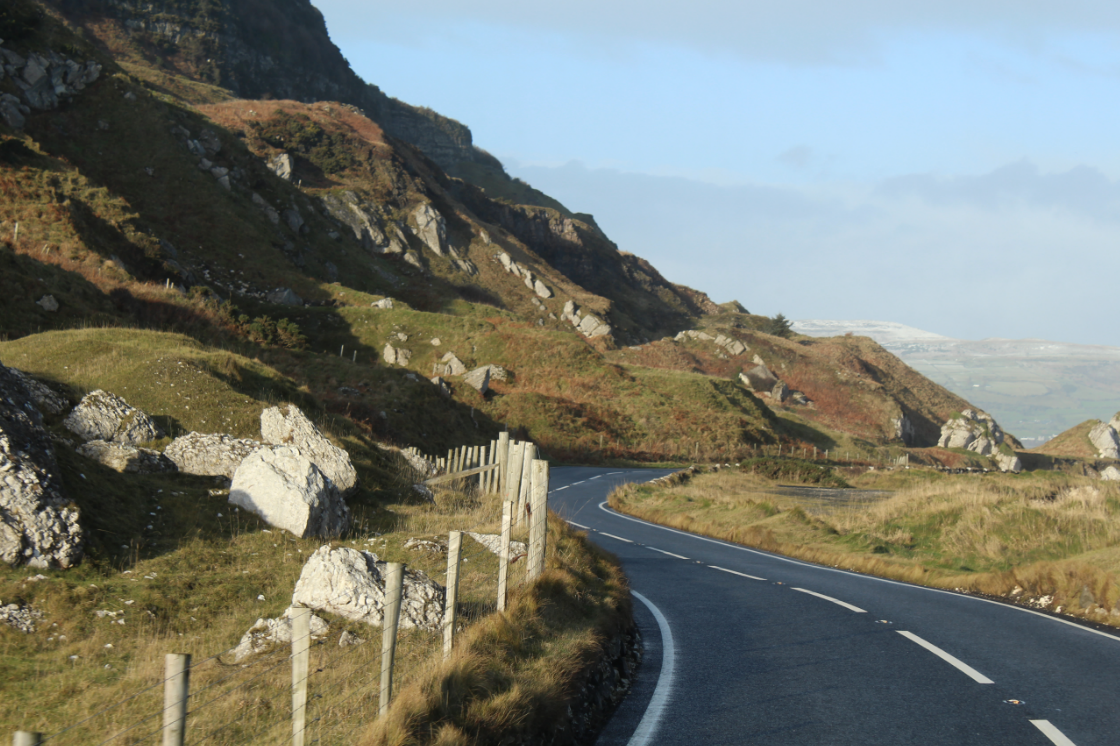 We passed by woods, and lawns of clover,
And found the horse and bridled him,
For we knew well the old was over.
I heard one say, ‘His eyes grow dim
With all the ancient sorrow of men’;
And wrapped in dreams rode out again
With hoofs of the pale findrinny
Over the glimmering purple sea. 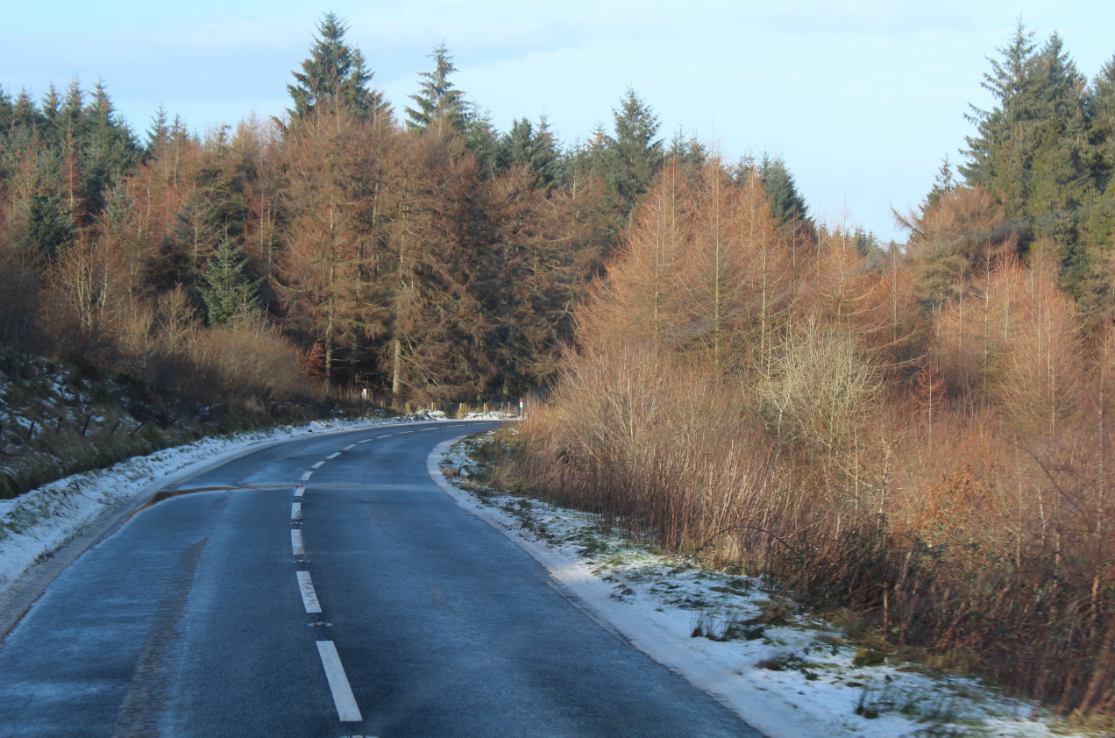 When Oisín reached Antrim, he searched high and low for any sign of his warrior family, yet they were no where to be seen. Finally, he stopped and asked some people wandering by where the Fianna warriors were. Some shrugged and some laughed – the Fianna were just myth and legend to them, the subjects of stories and tales, for 300 years had passed since Oisín left the glens and none of the Fianna remained. The strong warriors of old had turned into small, weak men – nothing remained of Fionn’s legacy.

Saddened Oisín made to start riding back across the great sea to Niamh however he came across an old lady on his path. The lady was hunched over, bowed down with age and the weight of her wares. Thin films of white glazed her blue eyes and the wrinkles dug deep into her skin. Oisín was a Fianna and without even stopping to think, he dismounted to offer the old lady his assistance. As soon as his foot touched the ground, he turned into ashes and blew away in the wind. The last of the Fianna had fallen. 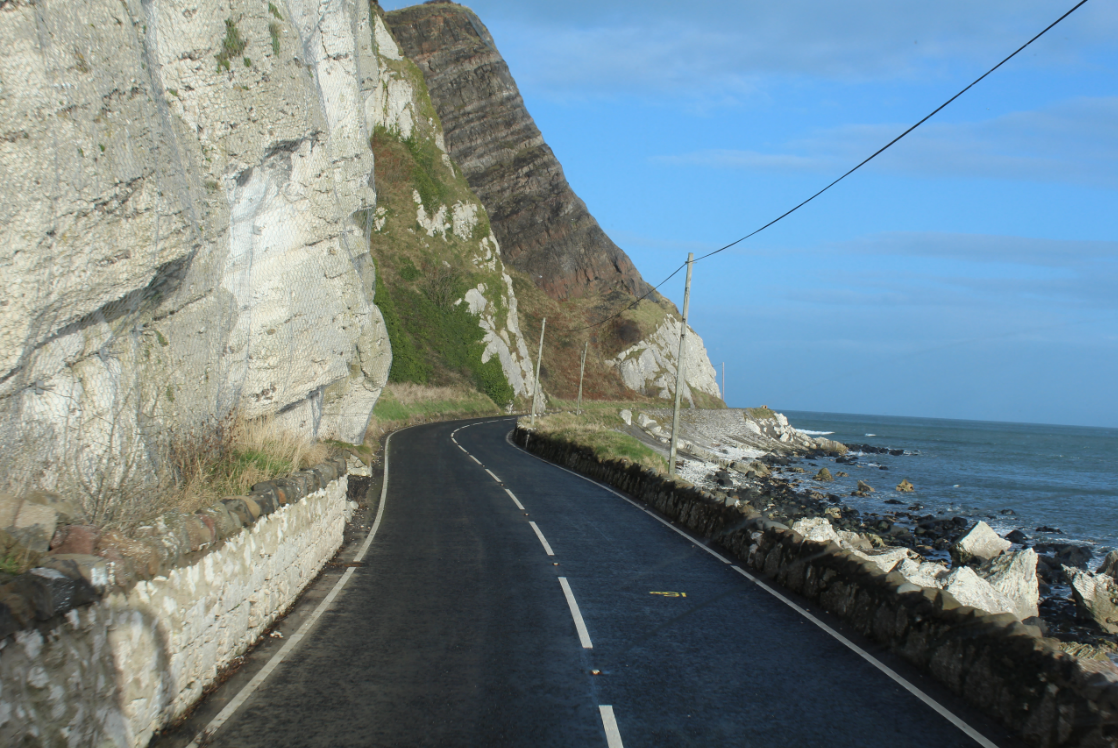 The Causeway Coastal Road takes you through the famous Nine Glens of Antrim that Oisín loved so much and is rated as one of the top 5 scenic coastal roads in the world. The coast is wild and rugged, the black rocks break the white foam horses. The hills are covered in frozen snow and as you drive around every turn you’ll gasp at your next view.

As you drive along you’ll pass through a number of villages including  Ballycastle, Cushendun, Cushendall, Waterfoot, Carnlough and Glenarm. Oisín is said to have ended his days in Cushendall, but each of the villages has a uniquely interesting story. 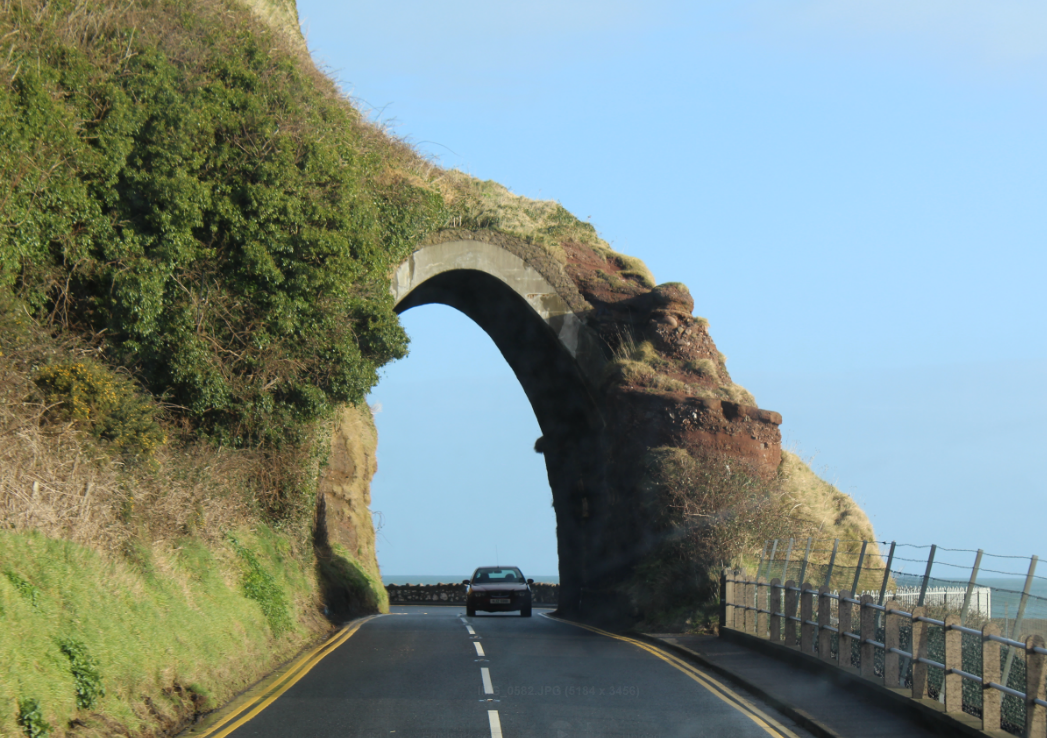 If you’re visiting Northern Ireland, make sure to take a trip along the Causeway Coastal Road. If you can’t find a magical white horse called Embarr, a car will do too I guess!