Pho (or ‘ffffffuh’ if we take pronounciation advice from Cameron in Modern Family) has always been one of my most favourite dishes, and luckily I live really close to Kingsland Road (London’s Vietnam-Town). However, until last night, I’d never dreamed of attempting to make it myself! 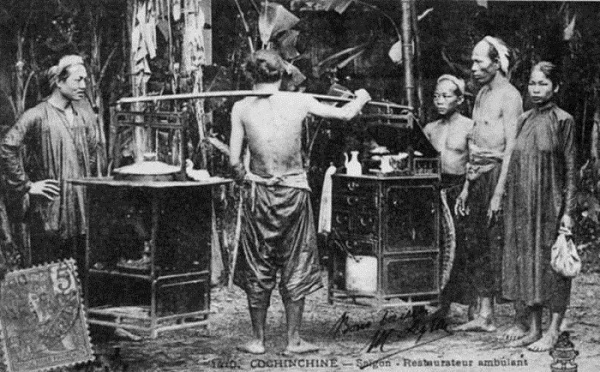 Seafood pho definitely lacks the depth of flavour of a meat based (beef) pho but it is still a very tasty, aromatic and incredibly healthy meal that takes under an hour to prepare and cook! 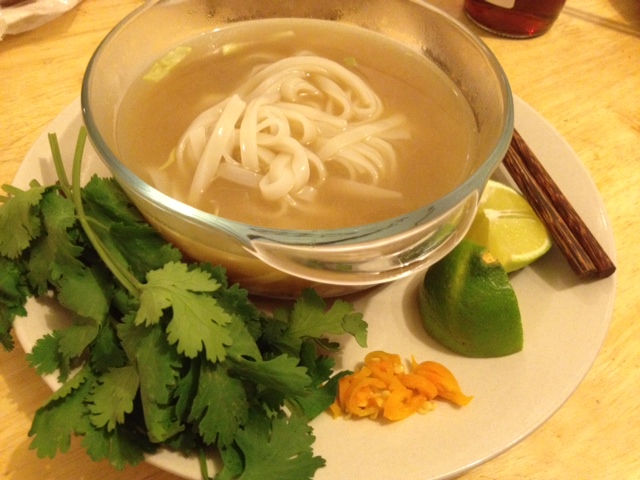 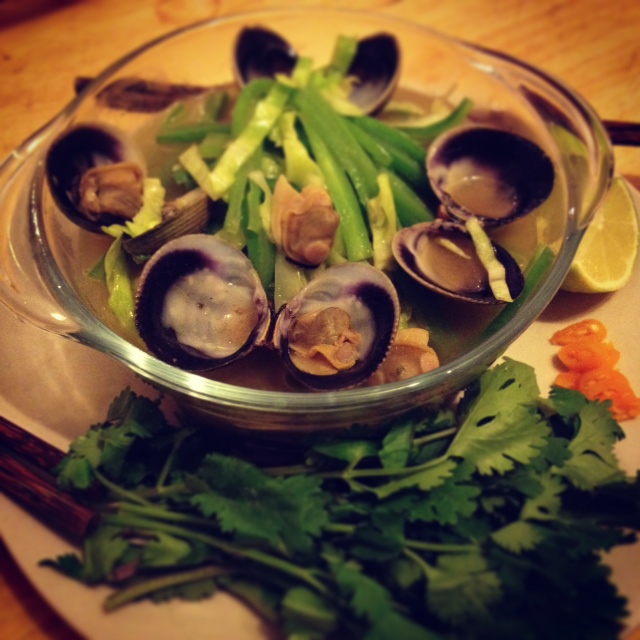 Then the beans, cabbage and clams…

We also grilled a rainbow trout in the oven with some kaffir lime leaves so used the head and tail of the fish to add some extra flavour to the broth.

Ideally you want to chargrill the onion and the ginger first to release the flavour, however just dry fry them for a while with the spices if that is not possible. Then, add all the broth ingredients into a pan with the stock and let the broth cook for around 40 minutes, simmering away happily. Make sure to add more water to the stock than you intend the final volume to be as it will reduce!

In a separate pan cook the flat wide rice noodles until they are soft and no longer chewy. Once they are ready, add the clams to the broth and let them simmer till all the shells have opened then finally add the greens. We like our greens to be very crunchy, hence why we added them at the last minute, however that is entirely up to you! 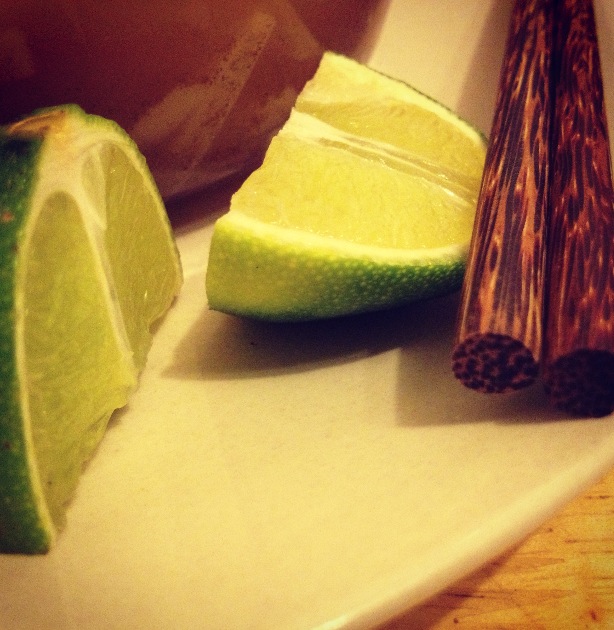 Prepare the bowls, placing the coriander, lime and chilli round the outside of the plate. Traditionally mint leaves and bean sprouts are also added, however i’m not a huge fan of bean sprouts and I forgot the mint leaves! Serve the broth into the bowl first, using  a ladle. Then place the required amount of noodles into the bowl; finally, layer the greens over and dot the clam shells on top. This is all purely aesthetic, you can also just pour everything into the bowl together if you’re not that fussed about how it looks!

Squeeze your lime over the soup, add in your chillies and coriander and finally splash in extra fish sauce and soy sauce to taste.

Ăn ngon nhé!
(Omniglot assures me this is the Vietnamese equivalent of Bon Appetit!) 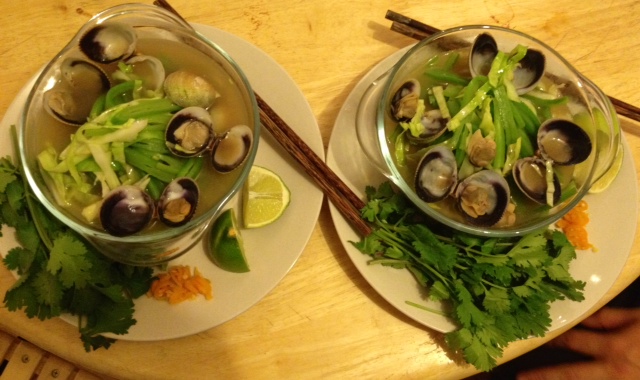 Bit of fish sauce and ready to eat!