When walking into work today I was given a free cinnamon hot chocolate by the lovely people at Benito’s Hat and then a 50% off voucher for food and drink at Poncho 8. While I really don’t want to appear ungrateful for these generous tokens, they provoked some deep thought, which I have tried to put down here in words.

I had never heard of either of these chains before, but they now bring the tally of fast food Mexican places I know in London to 6: Benito’s Hat, Poncho 8, Chilango, Tortilla, Adobo and Chipotle.

If each of these places were unique, it would be a different story. But I have now been to all 6 and they are pretty much identical.

It’s a sad fact that for a lot of restaurants these days, the ‘gift wrapping’ is better than the ‘gift’ itself.

Each of these places must have poured money into their marketing and decorating teams. The interior designers are total attention whores – desperately trying to steal the limelight from the food; but it’s a bit worrying when the neon signs on the wall are more exciting than the burrito in front of you. Also if you think about it, neon signs and brightly coloured cars just aren’t good enough to make up for a boring menu. Now if the restaurant had blossoming cherry trees inside (like Clos Maggiore), then I’d forgive it anything.

All of these chains have fun, well designed websites, great social media presence as well as frequent events and promotions: Benito’s Hat recently beat their record by creating an 100ft long burrito for World Food Day; Chilango had a special partnership with a nearby bar for the World Cup; Chipotle gets serious points for their tear jerking ad featuring a scarecrow and all of them have special decorations for Dia de Los Muertos, the Mexican festival of the Dead. The staff are all incredibly friendly and happy, even when they’re swamped – sometimes it feels like by the time you reach the till they’re ready to be your new BFF!

I’m not moaning about these facts, they’re all great, but when 6 places do pretty much the same thing, it gets harder and harder to drum up the same enthusiasm. If only some of this creative originality could be given to the food!

The menus in all 6 of the above are almost identical:

Drinks:
Horchata (although when I asked for this today at Poncho 8, I was given a very blank stare, despite it being on the menu)
Agua Fresca 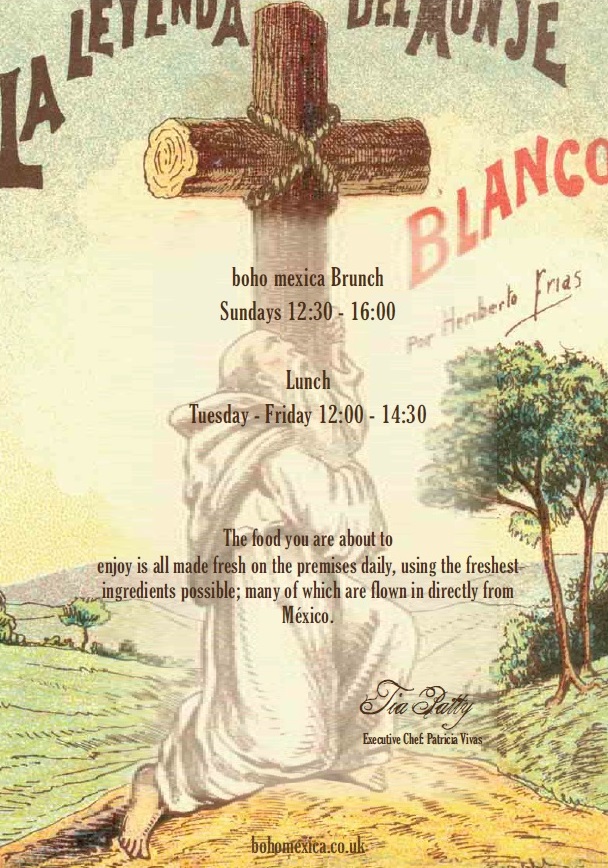 Menu at Boho Mexica (not a Czech – Mexican fusion restaurant as my friend assumed!)

The first time I walked into Chilango 5 years ago, I LOVED this, but all this time later, the menu has scarcely changed and none of the other places do anything different.

Chilango gets a gold star for being the only place to serve seafood – trying to get British people to eat a prawn (that isn’t in pink mayonaise) is a brave endeavour and I applaud them.

In terms of the mains, there are so many exciting ingredients and dishes in Mexico that could be added to this list (or even replace it). Mole is one of the most popular dishes in Mexico – basically just a sauce to serve with whichever meat you want, made of cocoa. If Eat can do stews and soups, why can’t Chilango or Poncho 8 do a small mole pot with a bag of totopos on the side or a serving of rice?

Boho Mexica (a restaurant, not a fast food joint) has so many more interesting dishes that could easily translate. The Tacos al Pastor for example are tacos topped with pork grilled with chilies and pineapple – it’s my favourite dish there, it has so much flavour and shows a little more imagination than the plain grilled pork.

Guava cocktails, tamarind water, sea bass, longaniza (a type of chorizo), plantains, courgette flowers, hibiscus and cactus – are all ingredients that are used at Boho Mexica to bring the food to life and make the meal something to remember. Im not saying all the Mexican chains in London should go out and copy Boho Mexica’s menu – just that they should be inspired by the menu to seek out more varied and authentic dishes.

I noticed some Mexican brownies at Poncho 8 today, i’m not sure what made them Mexican, but instead, how about bringing over or making some glorias (delicious sweets made of goats milk cajeta and walnuts) or anything with dulce de leche in general? How were brownies the most exciting thing they could come up with?! And while I was very happy to get my ‘Mexican hot chocolate’ this morning for free – why is cinnamon the only other ingredient? I’m sure Strabucks would object as they’ve had cinnamon in their American hot chocolates for decades. A little chili powder wouldn’t go amiss. Something to kickstart the day!

Anyway, I’m done moaning. I’d like to say thanks to Poncho 8 and Benito’s Hat for my free and discounted food today – I promise it was appreciated. However I think we would all appreciate a shake up of the menu (or at least i would)! 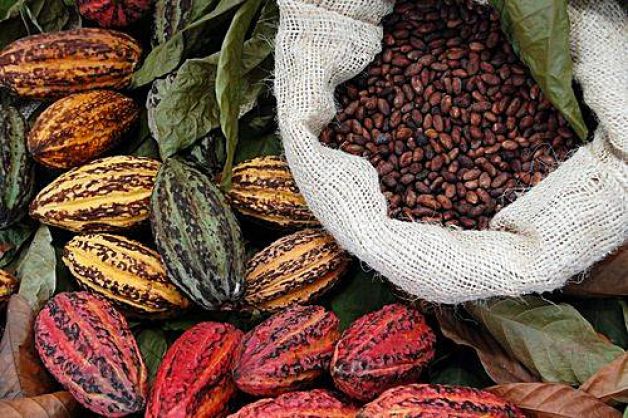