After writing an article about how all the Mexican chains in London are identical and somewhat uninspired, I received an invitation from Poncho 8 (the only chain I wrote about that bothered with replying) to come to their new Paddington branch opening to try the new menu.

I almost didn’t go. I work pretty far away from the store in Paddington, but they were tweeting all day about the piñata, the new menu and the fresh cheeses from the Mexican dairy they work with and I was very curious. I didn’t go expecting free food or any special treatment, I was honestly just looking forward to seeing what new ideas they had put together. Creativity in food is hard, but especially hard for a fast food chain.

I was told that when I arrived I should ask for Nick who would look after me, so I tracked him down, and he did! 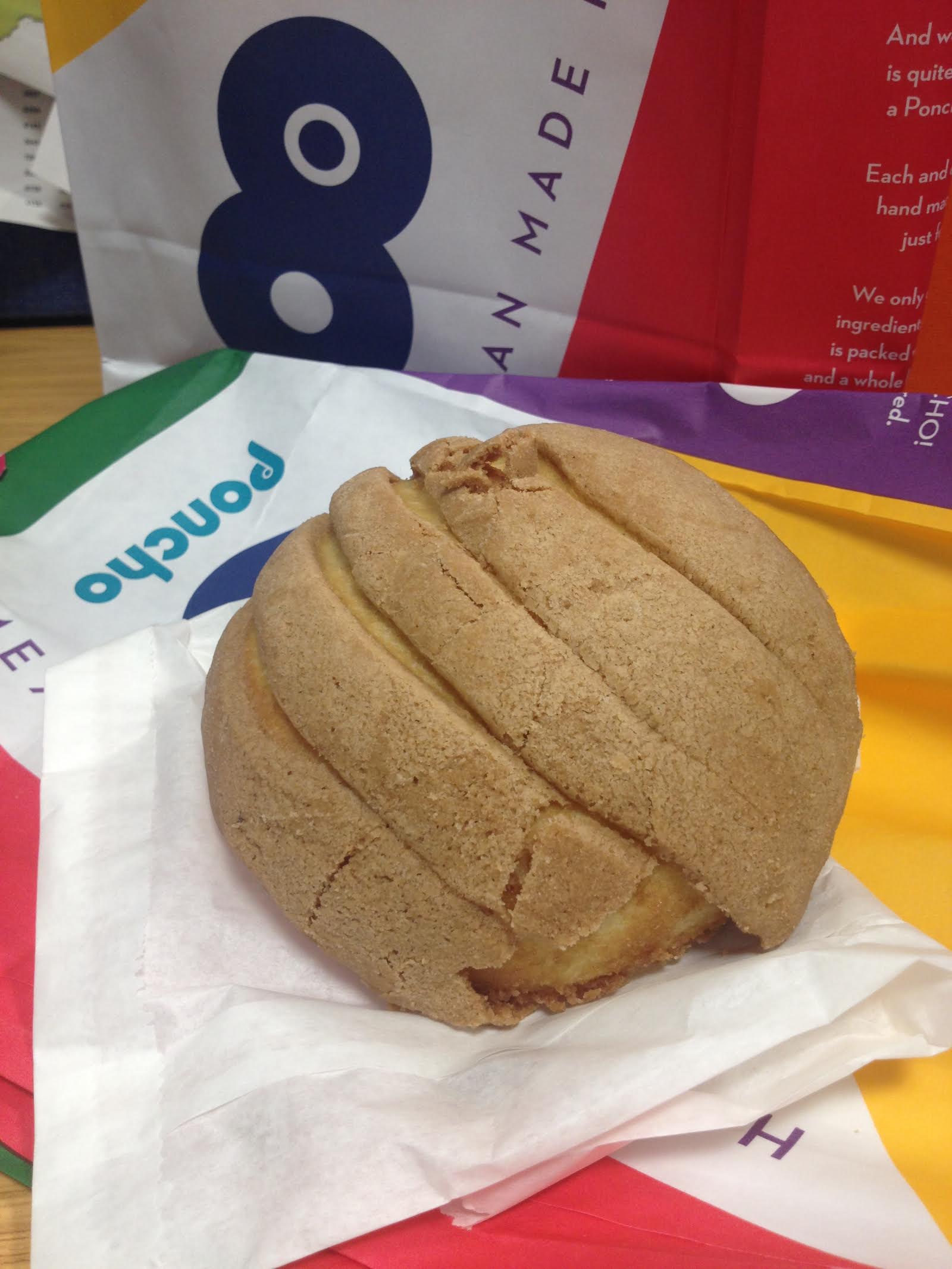 He talked me through the changes to the menu – the burrito bar remained pretty much unchanged, but all sorts of pastries, salads, quesadillas, drinks, desserts and breakfast treats had been added to the menu!

He told me all about their new range of healthy foods, talked me through each ingredient used and was incredibly passionate about the food. When I later found out he was the owner it made sense. It’s really important to have an owner who is invested in the food and the menu,  and you could clearly see that Nick cared!

He handed me 3 empty bags and essentially told me to fill them with whatever I wanted.

The first thing I tried was the chorizo and cheese mini quesadilla – just a few bites but absolutely delicious. It’s definitely the sort of pick me up intense boost of flavour you’d want to indulge in regularly! The chorizo was moist and strongly spiced, just as it should be, and the cheese was soft enough to not try and steal the limelight.

I am absolutely obsessed with horchata in Spain, where the famous drink is made from tiger nuts (chufas). Its somewhat less well known cousin in Latin America is usually made from rice instead and I have always found it a bit disappointing in comparison – too watery and lacking in flavour.

Poncho 8’s horchata changed my mind. It’s really, really good – thick and creamy and filled with cinnamon so make sure to shake the bottle first! I’d definitely go back just for the horchata! 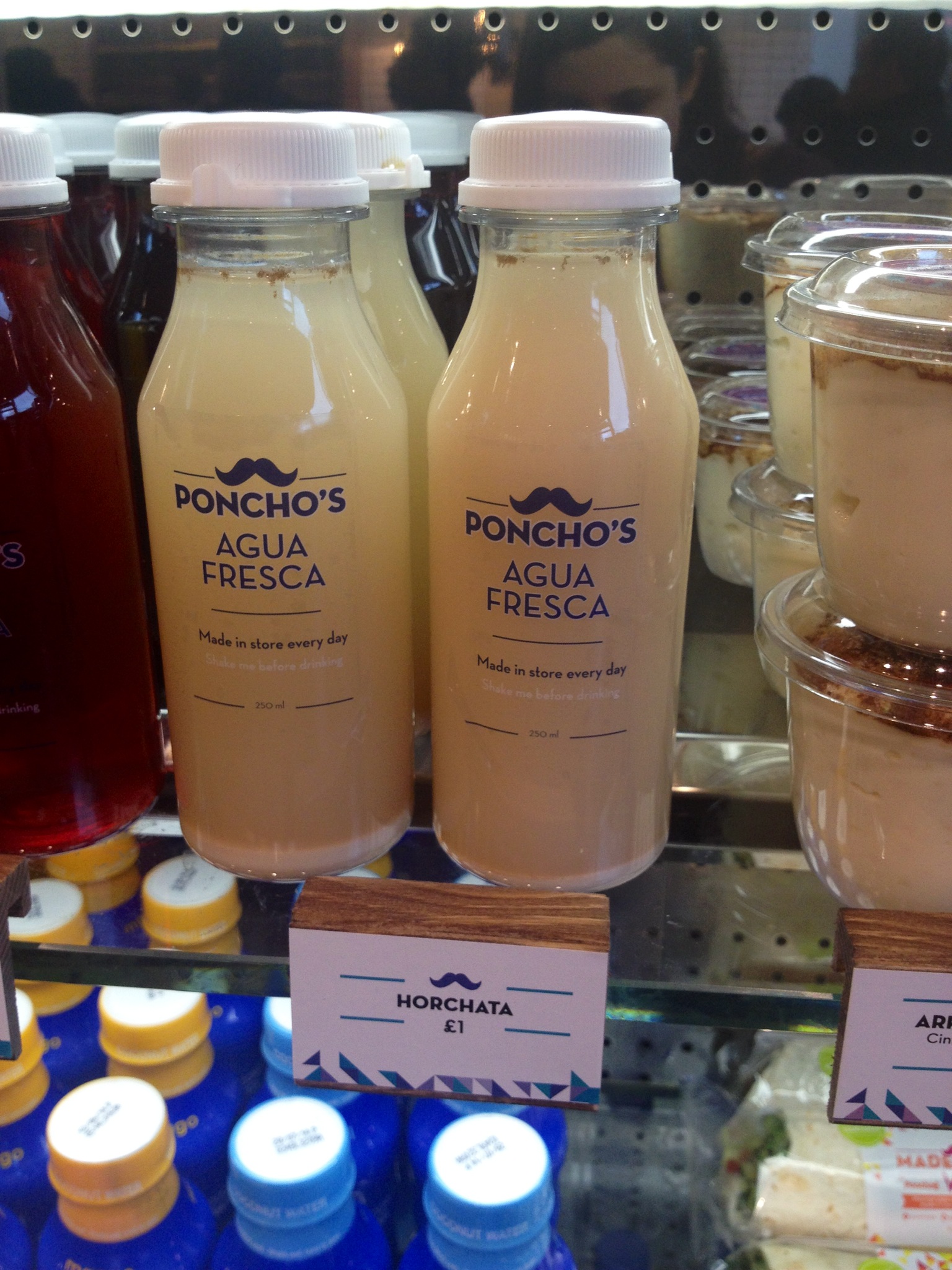 Next from my bag of goodies was a salad with Chihuahua cheese made freshly at Gringa Dairy, a Mexican dairy in London. The salad was surprisingly good: the torta strips remained golden and crispy and the pomegranate was a lovely contrast to the chihuahua cheese and the pumpkin seeds. It felt both healthy and tasty which is a rare combination in food chains! It was accompanied by a simple olive oil dressing – it might have been nice to have a drop of chilli oil added in, but I certainly wasn’t complaining.

The salad was visually a work of art – the red, yellow and green cherry tomatoes mixed with clusters of pumpkin seeds and deep ruby pomegranate jewels were beautiful. So beautiful that I was disappointed with the packaging which I felt let the food down, mainly because the packaging doesn’t grab you attention as much as it should for a meal this tasty!

I decided to leave the best till last, and the best thing I tried at Poncho 8 without a doubt was the pan dulce, a sweet bread typical in Mexico and shaped like a shell. This soft fluffy bun is covered in a thin hard shell of sugar which was perhaps mixed with a bit of cocoa?

Once I had scoffed it down, I then proceeded to lick all the sugar that had fallen off from the bag, that is how good it was. I can easily see this replacing my old favourite – the pain au chocolat – as a breakfast/afternoon treat. My compliments to the baker at Poncho 8 and I strongly recommend everyone to head over there in the morning to pick up a concha to go with your coffee! 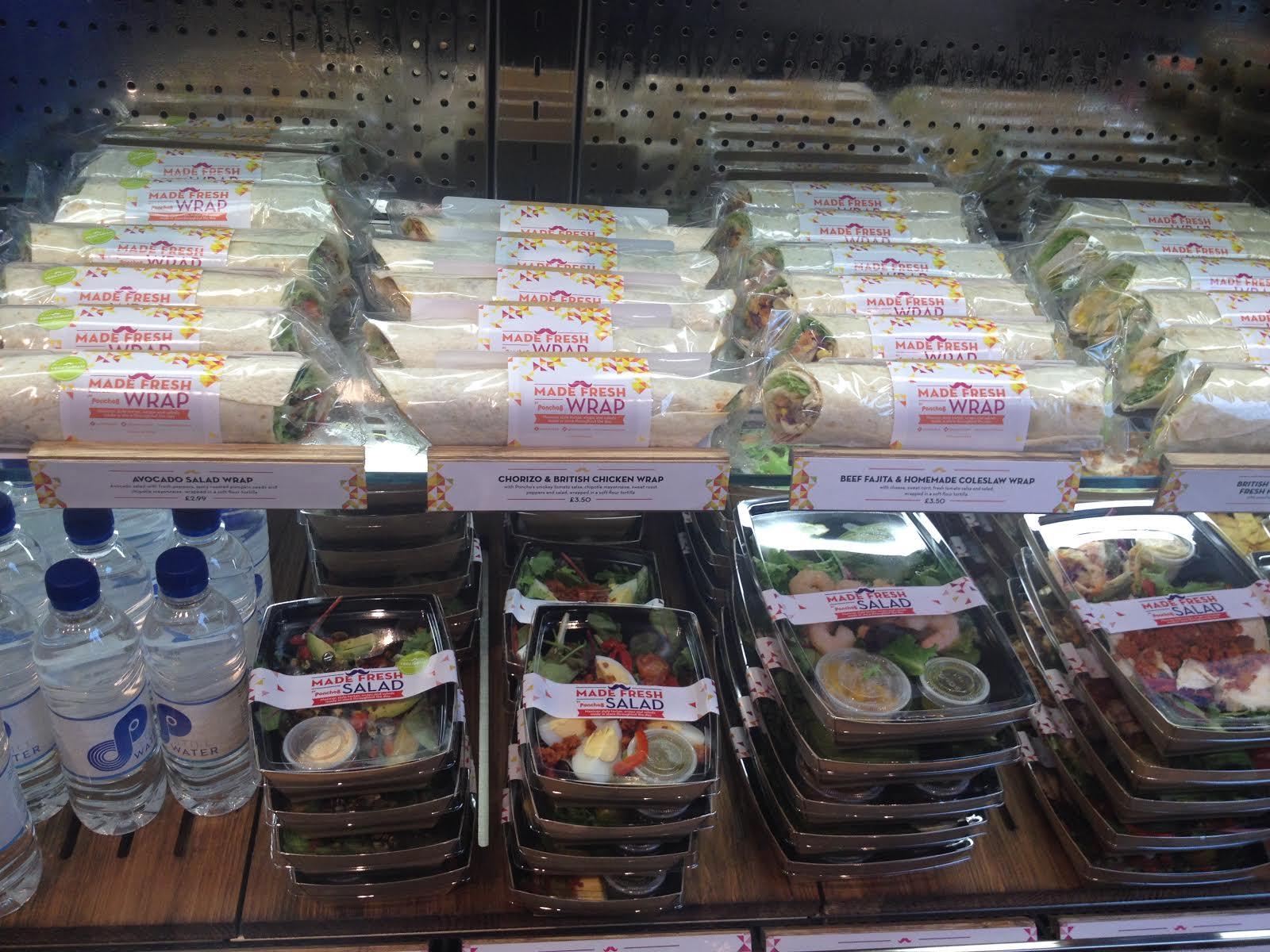 The new salad area at Poncho 8

Despite what I said in my previous article, I was impressed by the effort the people at Poncho 8 have put into creating a more diverse and varied menu. I still think a lot of my original comments stand, however I am sure that these Mexican chains in London will only strive to be bigger and better in the coming years.