This dish doesn’t actually have any octopus in it, I gave it the name because the pasta itself resembles the tentacles of an octopus!

I picked up the pasta from Jamie Oliver’s deli – it was actually surprisingly cheap! Most people think squid ink pasta is just for the aesthetics, but it does have a subtle flavour that adds some depth to the meal. The shape of the pasta definitely adds to the experience!

Fry chillies, garlic and prawns in a pan and add some white wine. Leave to simmer for a few minutes while boiling the water and cooking the pasta (shouldn’t take long – the pasta is fresh!) I used shelled prawns for this dish as I was being a bit lazy, but fresh, whole prawns would have been so much better.

Mix the pasta with the sauce and add some chopped parsley on top. E, Finito! 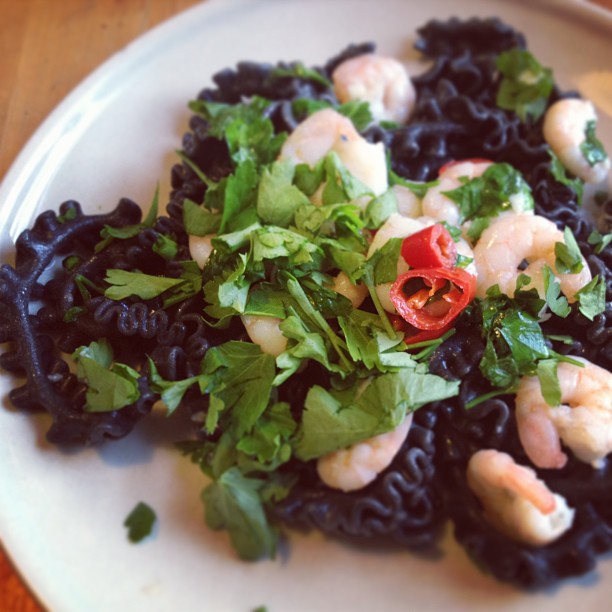